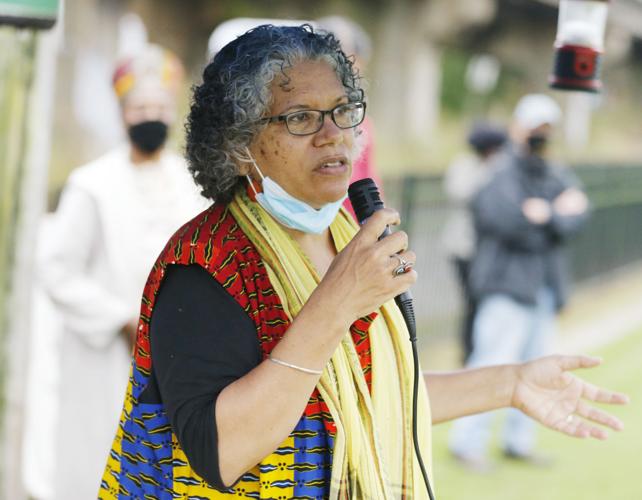 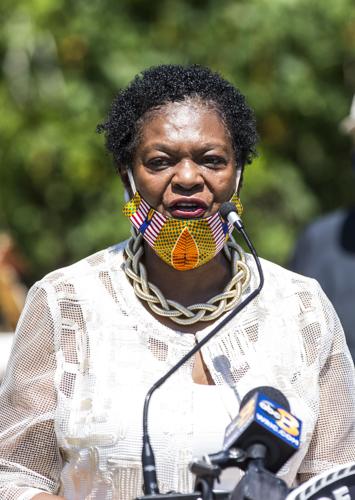 After years of discussion following an ill-fated attempt to build a baseball stadium downtown, Richmond officials are once again eyeing Shockoe Bottom for redevelopment.

A draft plan released by the city on Monday centers on a proposed memorial campus and museum dedicated to enslaved laborers in what used to be the nation’s second-largest slave trading market for decades before the Civil War.

City officials say the 212-page draft plan invests in historic justice and strives to promote redevelopment of surface parking lots and other underused properties around the proposed heritage site and museum, hoping to catalyze economic activity. The goal, according to the plan, is to turn the area into an international destination.

“The primary theme is that this planning document centers the significance of the area’s African and African American history into the structural planning for the area’s development,” said Ana Edwards, chair of the Sacred Ground Historical Reclamation Project, a grassroots organization that has been advocating for the creation of a 9-acre memorial campus over the past decade. “This is a good thing and the result of years of community advocacy and involvement. We encourage everyone to take advantage of every opportunity to look over the plan and add your thoughts.”

The new Shockoe Bottom small area plan was formed in part from recommendations of the Shockoe Alliance, a collective of historic preservationists, community advocates, business leaders and politicians that the city formed in 2019 to help guide the creation of the area’s new planning blueprint.

The Sacred Ground Project — an extension of the Virginia Defenders for Freedom, Justice and Equality, a social justice organization based in Richmond — is a member of the alliance.

Richmond officials have considered plans for a museum to enslaved African Americans in Shockoe Bottom for at least 10 years. Contemporary city leaders cite renewed urgency after last year’s civil unrest over the police killing of George Floyd and the city’s toppling of its Confederate monuments.

“In light of these many changes, now is the time to honestly and accurately tell Richmond’s true and complete history and Shockoe stands in a unique space to convey the full story,” the plan’s executive summary states. “This plan for Shockoe is an integral part in bringing this vision to fruition.”

The new small area plan covers most of the Shockoe Bottom area, which is generally bounded by the James River to East Leigh Street and from 14th Street to 25th Street.

Lumpkin’s Jail, also known as the Devil’s Half Acre, is located next to Interstate 95 and Main Street Station in Shockoe Bottom, a neighborhood now filled with warehouse apartments and restaurants that once held the nation’s largest concentration of slave jails and holding pens, second only to New Orleans.

The tentative plans for the campus would include the Lumpkin’s slave jail and the historic site of the so-called African Burial Ground, which historians say was the city’s first public burial space for freed and enslaved Black people, founded in the late 18th century.

While Edwards said she was generally pleased with the plan, she noted it says nothing about who will own and manage the campus and museum.

“This matters because such governance translates into determining how the history of Shockoe Bottom will be told,” Edwards said. “Going forward, the Defenders will be focused on making sure that the descendant community has a prioritized voice in both the administration of the campus and in how the story of Shockoe Bottom is told.”

Sam Schwartzkopf, a spokesperson for Mayor Levar Stoney, said the Detroit-based design firm Smith Group, which was involved in the creation of the National Museum of African American History and Culture in Washington, is conducting a site feasibility analysis for the museum. Schwartzkopf said the city is paying the firm about $333,000 for the study, which includes a topographic survey.

Stoney announced last summer that the city over the next five years would invest between $25 million and $50 million to build the Shockoe memorial park, which would include a museum.

The city’s 2022-2026 capital improvement plan tentatively sets aside nearly $28 million for the project over the next five years. The capital spending plan, however, notes that an additional $25 million is needed for both the heritage campus and museum next to the Lumpkin’s Jail archaeological site.

In December, Gov. Ralph Northam announced that he would seek approximately $9 million from the state budget to support the development of the museum. U.S. Sen. Mark Warner, D-Va., also expressed interest in marshaling federal support for the project as he toured the site in February.

Former Mayor Dwight C. Jones in 2013 proposed a Shockoe Bottom redevelopment plan anchored by a new stadium for the Richmond Flying Squirrels baseball team. In addition to a slave memorial site, the plans called for more than $200 million in public and private investment to build a grocery store, a Hyatt hotel, 750 apartments and a parking deck in the area.

Jones withdrew the plans for the baseball stadium the following year after the project came under scrutiny for historical appropriateness and financing. But discussions about the heritage campus continued.

The draft plan says the city’s top four priorities, to begin within 12 to 18 months of the plan’s formal adoption by the City Council, would be:

Before plans for the heritage site and museum are finalized, the city will need to determine how large the campus will be and who will manage it.

The City Council earlier this year authorized the mayor’s administration to acquire and assemble several privately owned parcels to create the heritage campus. The administration, however, met some resistance from the property owners, according to reporting by Richmond BizSense.

Schwartzkopf said Monday that the campus can be created without buying additional parcels it sought to obtain earlier this year, and that the city is not currently engaged in any “formal or informal conversations” with the property owners.

The city will hold an open public comment period on the plan until Aug. 27.

The Department of Planning and Development Review, along with City Council President Cynthia Newbille, will hold a information session about the plan in the lower level of Main Street Station at 6:30 p.m. on Aug. 3. PDR will also hold an online information session at noon on Aug. 4.

Civic groups and organizations may also arrange special presentations from the city by contacting city planner Kimberly Chen at kimberly.chen@rva.gov or by calling (804) 646-6364.

Community members may review the draft plan and leave comment at rva.gov/planning-development-review/shockoe-small-area-plan.

The name of Richmond's new mini street sweeper is ...

What do you think of the choice?