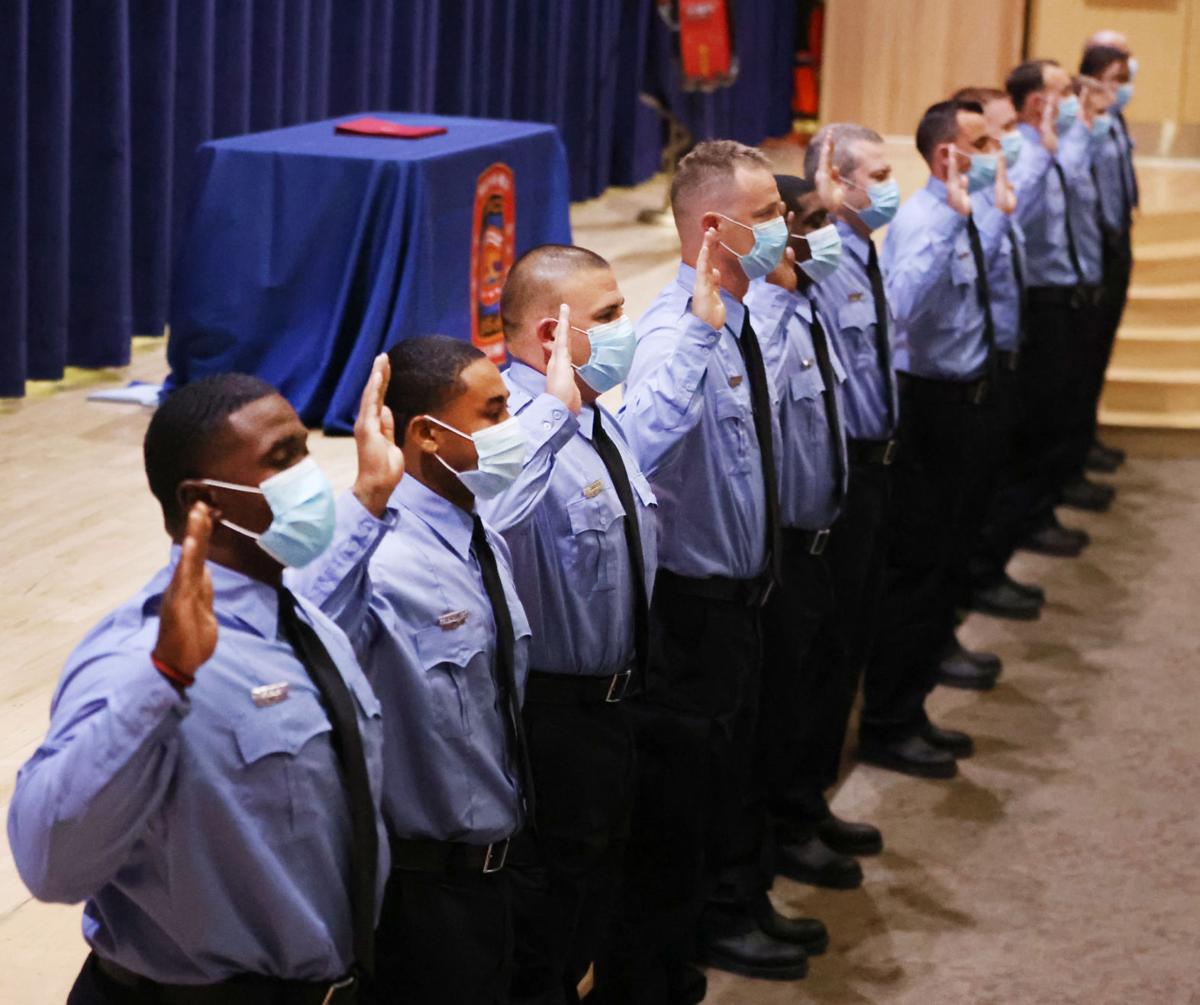 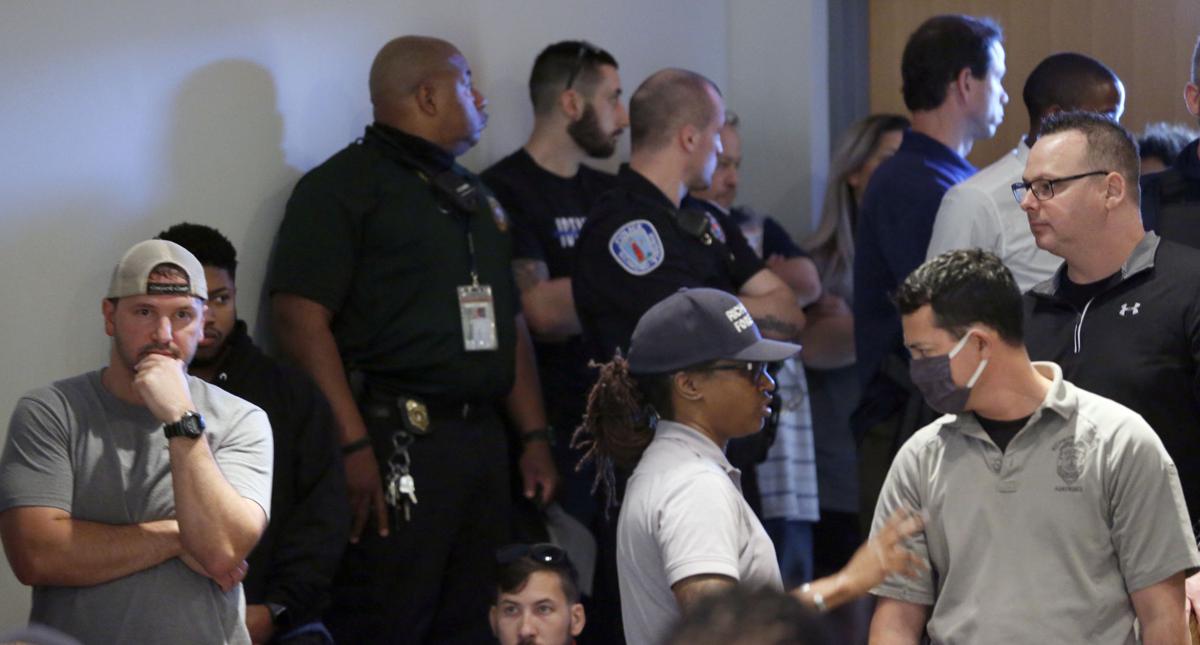 In the first public hearing on the city’s proposed budget for the fiscal year that begins July 1, about two dozen people said relatively low pay and stress over the last year has led to significant turnover and decline in morale.

“We are not entering a crisis. We are in [a crisis],” said Brendan Leavy, a Richmond police detective and president of the Richmond Coalition of Police. “Our veteran officers are leaving our department in droves. We’ve had over 70 officers leave in the last 10 months. This is not normal.”

The turnout of public safety employees and a smaller group of housing affordability advocates highlighted challenges the city faces while dealing with the economic fallout of the COVID-19 pandemic, limiting the city’s ability to increase funding for matters city officials say they want to address.

Mayor Levar Stoney’s proposed $770.3 million budget proposal includes an additional $2.5 million to raise wages for 820 police officers and firefighters starting in October, but leaves salaries unchanged for 302 employees who are brand-new, currently making the maximum rate or will soon be eligible for a raise.

The proposed budget is a $26.2 million, or 3.5%, increase over the current fiscal year’s, but still less than the budget the mayor originally proposed a year ago at the outset of the pandemic. The mayor’s administration also proposes to freeze 600 of the 3,700 positions covered by the general fund.

Most of the speakers Monday said the pay scale system for public safety employees has been disrupted over the years to save money in prior budget years. They said that has suppressed wages and left the average pay lower than what their counterparts in neighboring jurisdictions earn annually.

Leavy said a coalition of police officers and members of a local firefighters union have proposed a new pay plan that would need an additional $6.4 million to fund. He said they have proposed stretching out its implementation over two years to keep costs down.

A few of the speakers also mentioned the social unrest that roiled the city last summer and the effect it has had on them and their colleagues.

“It’s time for City Council, the mayor and the city of Richmond to fix this broken pay plan,” firefighter Michael Anderson said. “We have firefighters and police that have gone to war this last 12 months. You’ve all seen it on TV. A lot of you saw it outside of your windows. These folks deserve to be put in the same caliber ... as in Henrico and Chesterfield.”

The budget includes wage increases for about two-thirds of the city’s remaining 2,500 general government employees, per recommendations of a 2018 pay study the city commissioned. The increases all equate to more than 1.9% but vary widely. Examples the mayor gave in a budget speech earlier this year said some employees will make up to $14,000 more next year.

Organizers with a multifaith civic advocacy group, however, say the council should continue to pursue an overall annual allocation of $10 million to the fund.

“Even in pandemic times, we need to be sure the priority is to eliminate homelessness and the lack of affordable housing in Richmond — to make sure our citizens are not sleeping in their cars, on the streets or in overcrowded temporary shelters,” said Steve Saltzberg, an organizer with Richmonders Involved to Strengthen Our Communities, or RISC, the community organization made up of congregations from throughout Richmond, Henrico and Chesterfield.

“This is a critical need we must meet.”

After the council passed a resolution in September calling on Stoney to increase the housing fund allocation to $10 million in the next fiscal year, the administration introduced plans to guide tax revenue from expiring real estate tax abatements to the fund. The council passed an ordinance for that plan in January.

Members of RISC said the mayor failed to keep his word after telling them in a meeting last August that he would increase the annual contribution to $10 million. Stoney said his plans will achieve that same goal by 2026.

In a budget work session earlier Monday, Councilwoman Ellen Robertson advocated for increasing the allocation to the fund.

She and other council members also said they will soon go over the concerns about compensation for public safety employees.

The council also discussed the lack of funding for a civilian review board in the proposed budget Monday.

A panel tasked with forming the police oversight board voted unanimously last week to request $600,000. The proposed budget does not contain a line item for it, but several council members said they would be pursuing an allocation in the coming weeks.