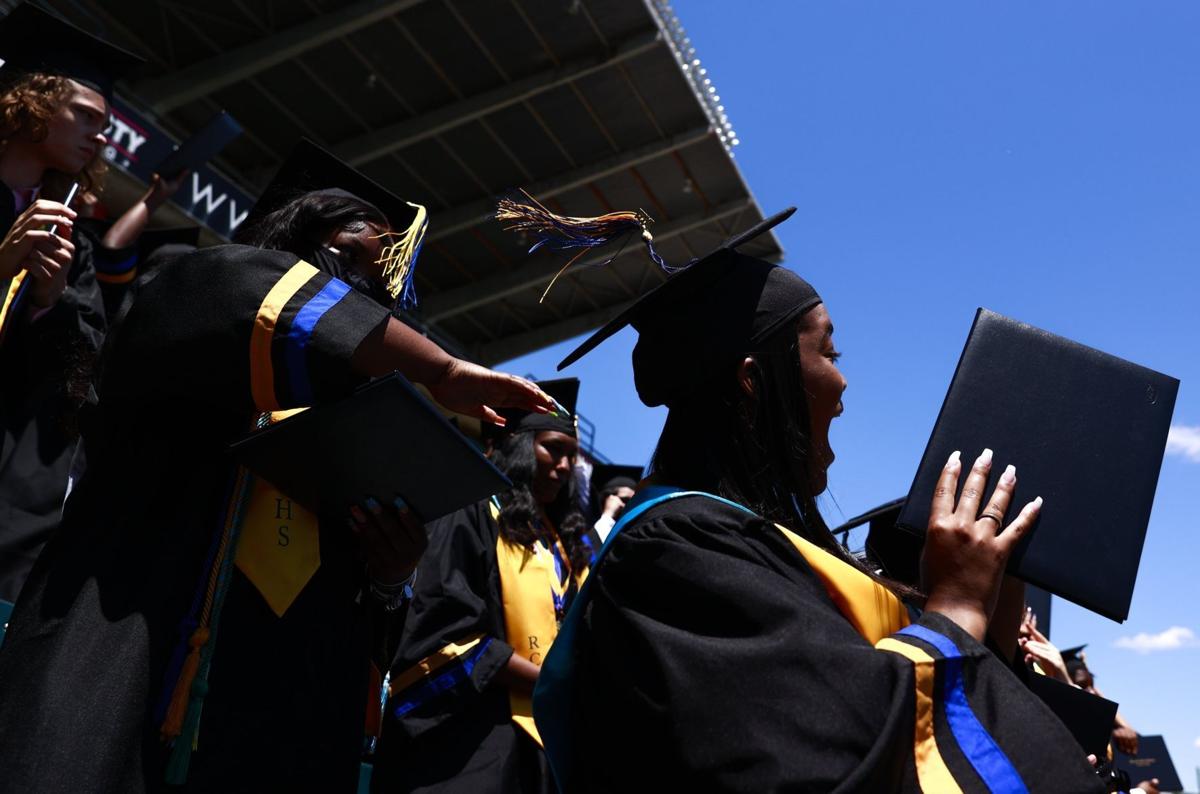 Graduates applauded after receiving their diplomas during Richmond Community High School’s ceremony at The Diamond in Richmond on Wednesday. 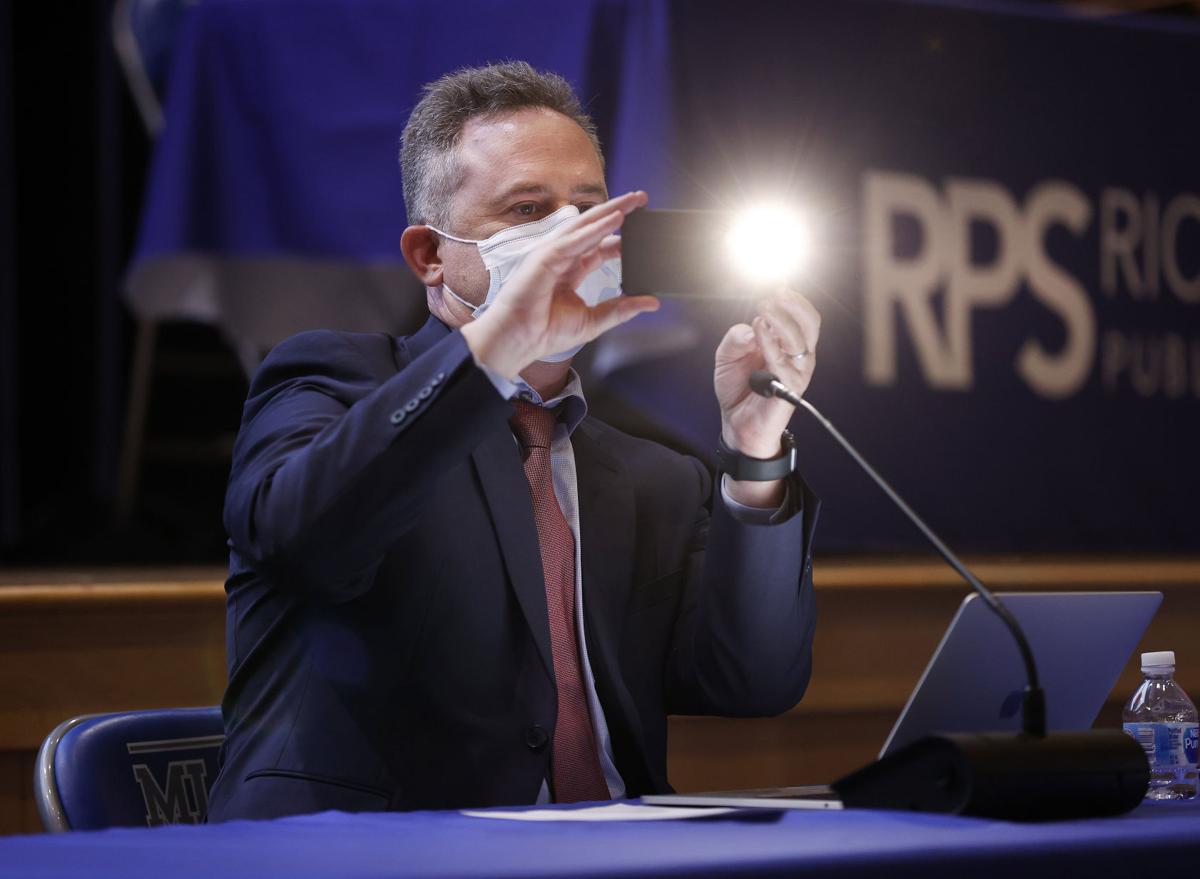 Superintendent Jason Kamras took a photo with his phone during Monday’s School Board meeting.

Richmond Public Schools in 2021 bested its most recent graduation rate by nearly 8 percentage points, bringing to 78.8% the portion of seniors who satisfied requirements.

Results released in recent days by the state’s Department of Education show improvement overall, especially among the system’s Latino seniors, 57% of whom graduated last school year.

The final result was below the district’s projected graduation rate of 85.7%, a difference officials at a School Board meeting on Monday attributed to students not completing necessary work over the summer, among other things.

“A win is a win is a win,” Tracy Epp, the school’s chief academic officer, said of the gap between projected and actual scores. “I really truly hope that we honor the work of our kids and our principals, our counselors, with the gains and focus on that.”

Epp said officials were “overly optimistic” in parts of their predictions and detailed complicating factors, such as data reporting for students who fluctuated between the Richmond Alternative School and their home school.

Reporting for alternative school students shows that just 16% of seniors finished in 2021, when the number of students participating in an online school called the Virginia Virtual Academy is removed from the total. With those students, the percentage of seniors graduating rises to 63.8%.

The district says it has struggled to meet the needs of a growing Latino population, which is largely concentrated in Richmond’s South Side. At George Wythe High School, which is now nearly halfway made up of Latino students, state data shows, the school saw its graduation rate rise from 50% to 61.2%.

The increase happened under the supervision of then-Principal Joe Pisani, who left after less than three years. Riddick Parker is now the school’s principal.

In 2020, according to data from Richmond Public Schools, at Wythe, just 25% of the school’s 164 Latino students graduated.

The dropout rate for Latino students in 2021 dropped 25.2%. Superintendent Jason Kamras says that the district saw the highest growth of any district in the state when it came to its Latino students’ graduation rate.

Richmond Public Schools is still below the state’s 93% graduation rate. All subgroups this year in the district saw an increase in graduation rates, except Black students, whose rate remained largely unchanged.

The boost comes on the heels of Richmond holding the lowest graduation rate in the state, a number that Kamras has said was artificially inflated before his arrival in 2018 due to the misuse of applied studies diplomas and locally awarded credits. The rate fell from 75% and hovered around 71% before trending upward.

“I know we didn’t hit the numbers we predicted, but we still made progress,” said 8th District School Board member Dawn Page.

Also on Monday, the Richmond School Board ultimately voted 5-4 to approve a recommendation from Kamras to offer more training to the Richmond police officers in the schools instead of removing them altogether.

Last year, Kamras told a group of students he would recommend the complete removal of police in schools, also known as school resource officers. Instead, he decided to revise their role and change their uniforms.

Graduates applauded after receiving their diplomas during Richmond Community High School’s ceremony at The Diamond in Richmond on Wednesday.

Superintendent Jason Kamras took a photo with his phone during Monday’s School Board meeting.