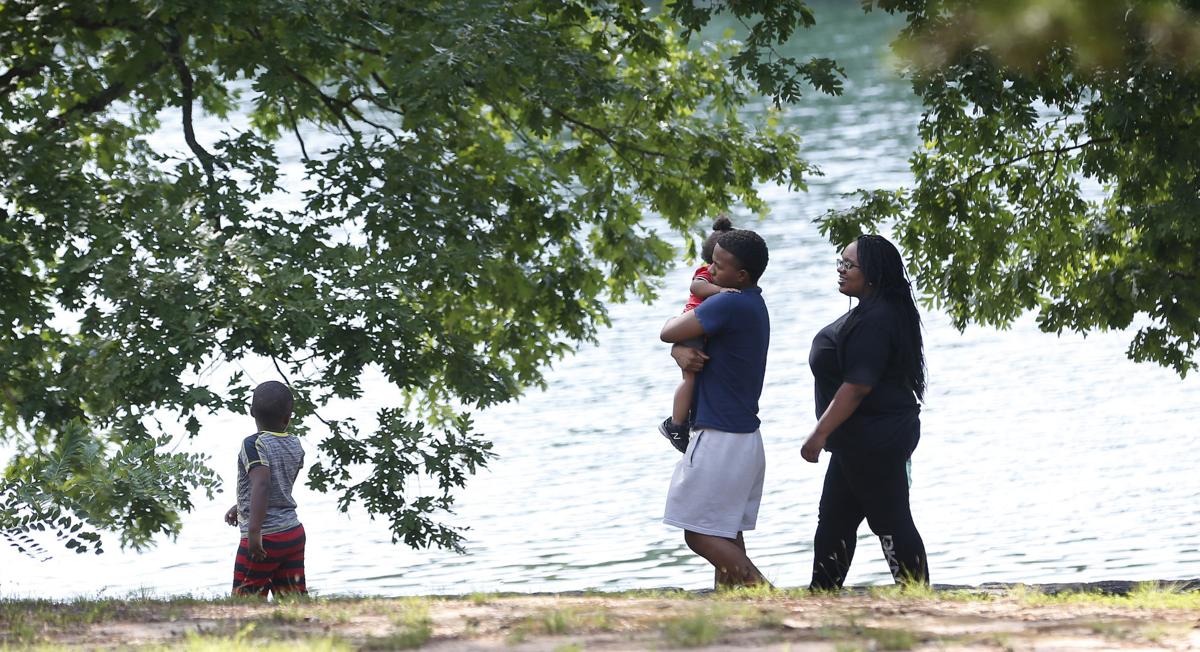 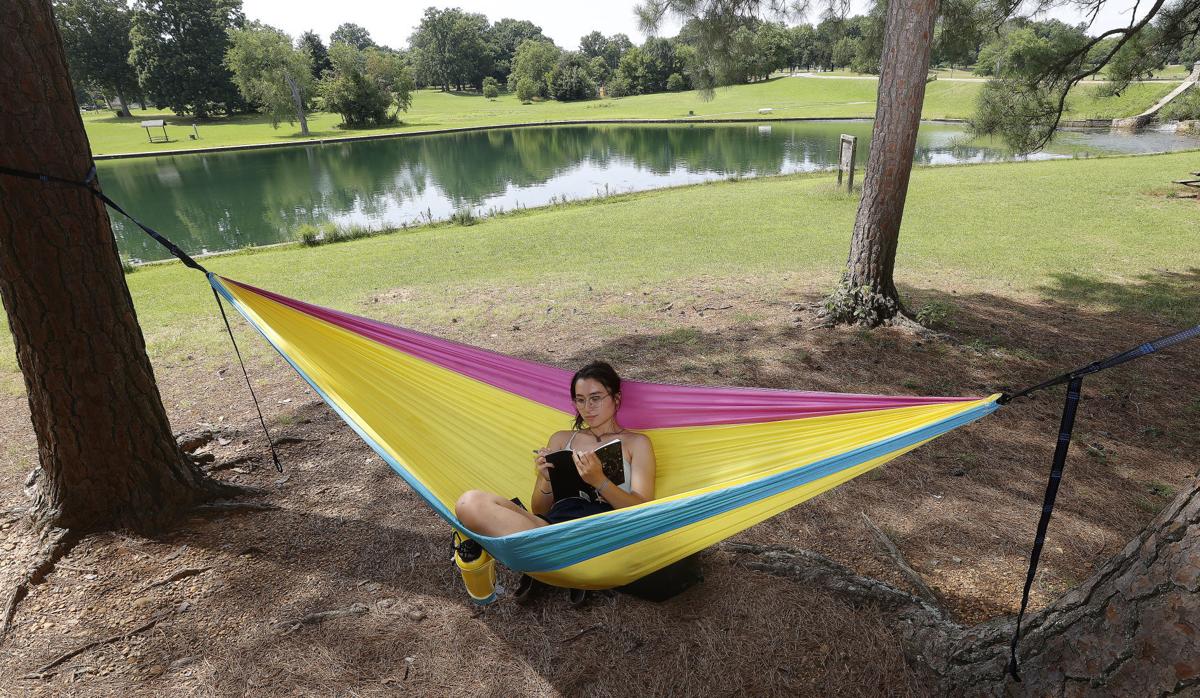 Hayley Bray writes in her journal while relaxing in Byrd Park Saturday, July 10, 2021. 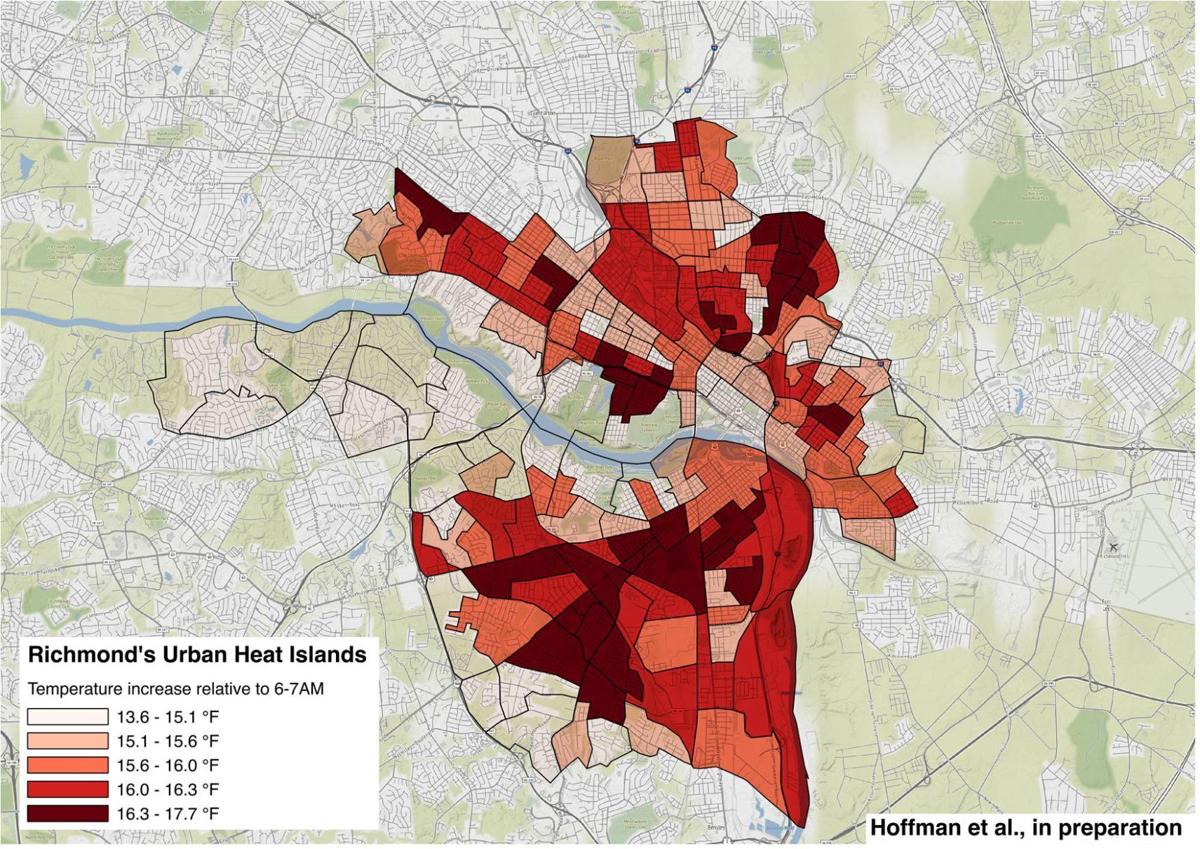 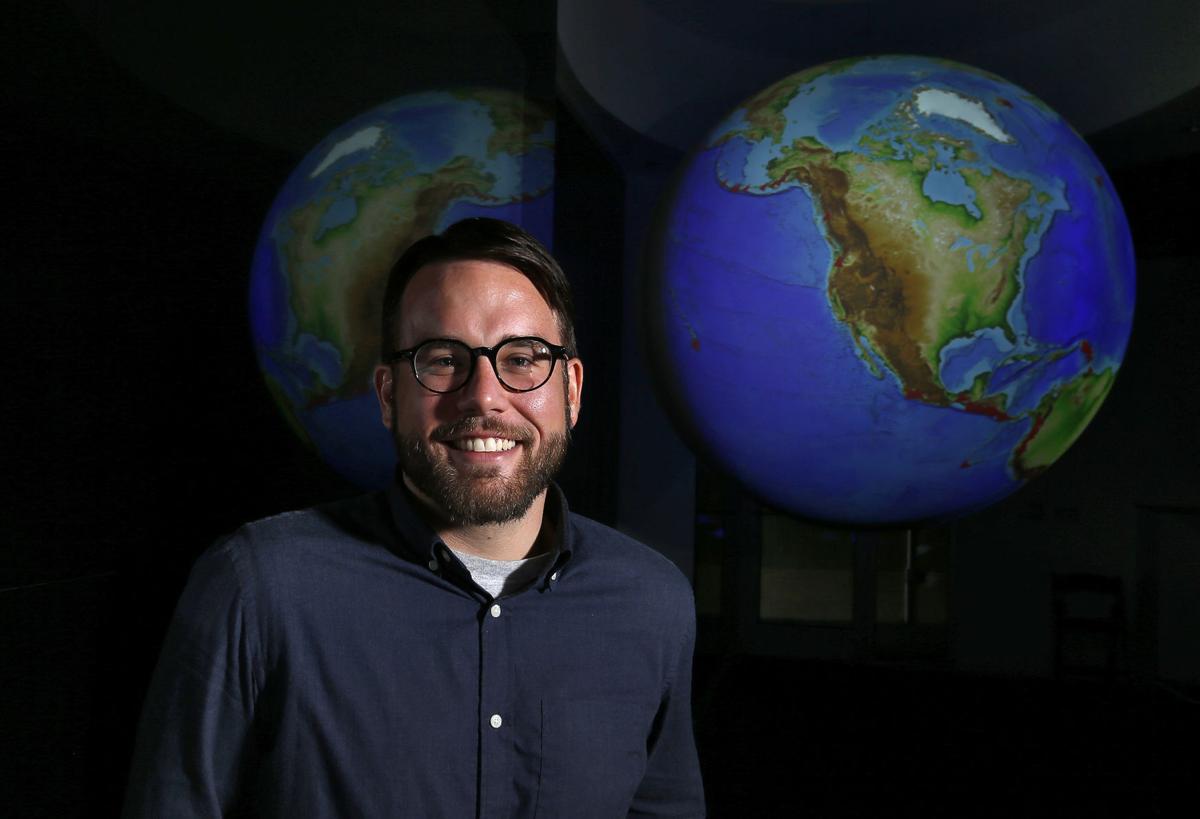 Jeremy Hoffman went on a preliminary assessment in Richmond on Tuesday. 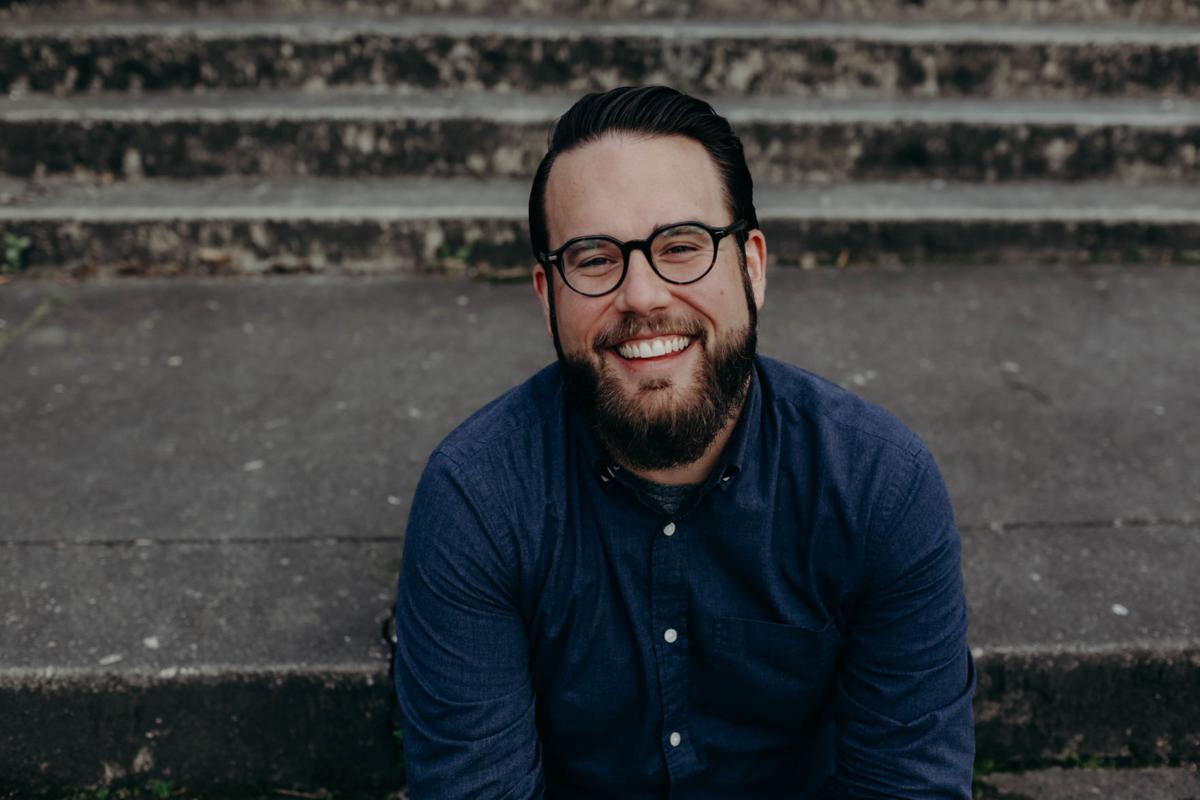 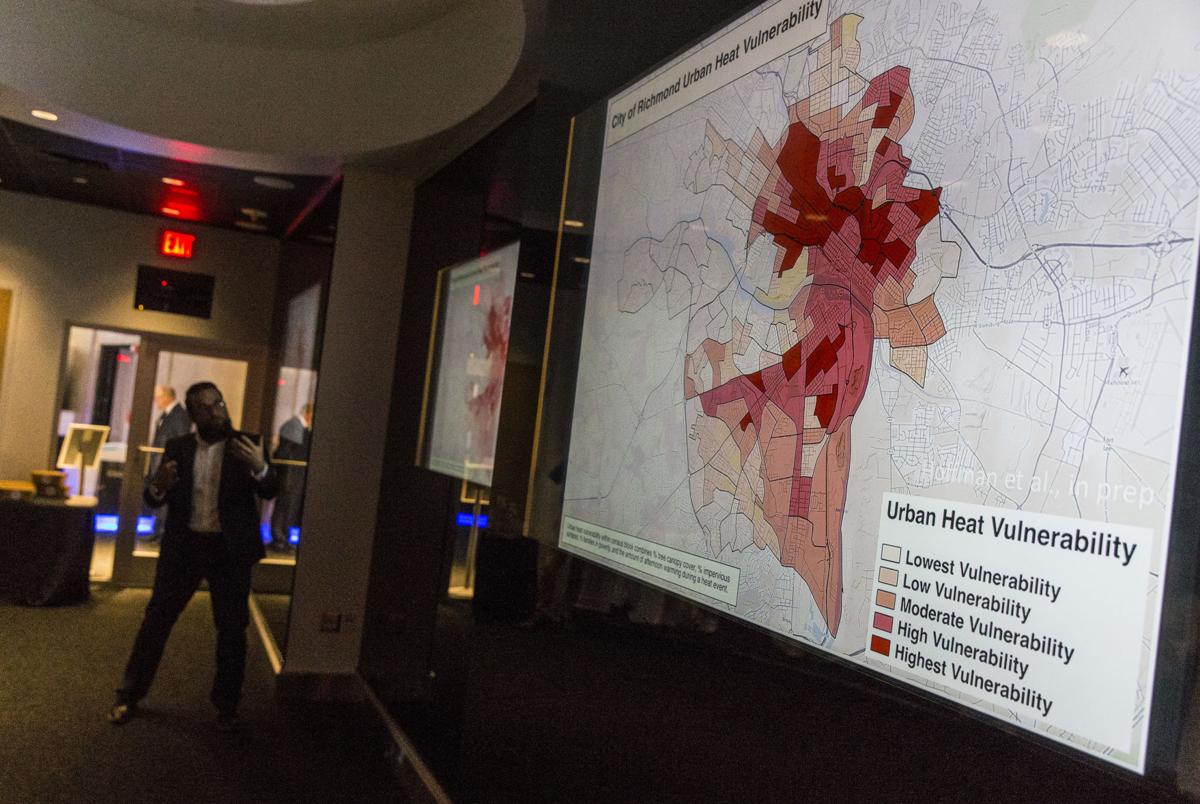 Jeremy Hoffman, chief scientist at the Science Museum of Virginia who conducted the 2017 project, said: “This is the largest heat-mapping campaign of its kind in the nation’s history.”

On what seems likely to be the hottest day of the summer, according to scientists, volunteers across Virginia will venture into the street to collect temperature data in an effort to understand where residents are at most risk during heat waves.

“Heat Watch,” a project led by the Virginia Foundation for Independent Colleges, will send volunteers throughout 10 cities, including Richmond, on Thursday to assess the relationship between surface air temperature and land uses, such as asphalt and green spaces. This is the largest heat assessment project yet and builds on a 2017 heat-mapping campaign in Richmond.

“Heat Watch” hopes to study how extreme heat affects neighborhoods by mapping out and identifying “urban heat islands,” or areas that are significantly warmer than surrounding rural areas, with the goal to assess and combat the effects of extreme heat and climate change, which has drastic consequences for vulnerable communities.

“This is the largest heat-mapping campaign of its kind in the nation’s history,” said Jeremy Hoffman, chief scientist at the Science Museum of Virginia who conducted the 2017 project. “So we’re really proud to be contributing to it and recognizing that it’s a buildup of work that we’ve been doing for many years.”

The statewide heat-mapping project not only is to raise awareness but also to engage and encourage people to take action.

“The more people that we can make aware of this issue of urban heat islands and the inequalities of who suffers the highest heat burdens and air-quality burdens, the more people can come to the table in these planning efforts and contribute their own knowledge and help make these planning strategies from the ground up,” said Todd Lookingbill, a professor of biology and geography and the environment professor at the University of Richmond.

Lookingbill is leading the effort in Richmond. To get the most complete coverage of the city, he said the team will be going by specific points of interest with different types of land uses, such as downtown areas, parks, shopping centers and bus routes to measure various levels of tree coverage.

Richmond was broken down into 12 parcels. Volunteers — students and faculty from UR and the community — will go across the city on 12 routes (at 6 a.m., 3 p.m. and 7 p.m.) to capture temperature levels. By recording the cooler temperatures in the morning and hotter temperatures later in the day, researchers are looking to capture the extreme differences.

With assistance from scientists at the National Oceanic and Atmospheric Administration, the team identified Thursday, July 15, to be one of the hottest days with low precipitation chances throughout Virginia.

Data from this year’s study will be compared to 2017’s data to see whether there are any short-term changes.

In Hoffman’s research — which was highlighted in a New York Times article — Hoffman found the hottest areas were neighborhoods that were historically redlined — a discriminatory policy of systematically denying loans or insurance — that predominantly affected low-income communities of color.

This year, Lookingbill said the Heat Watch project is trying to replicate some of the 2017 routes, but added two additional routes in South Side in order to cover places that the 2017 heat-mapping campaign missed, such as areas near the Port of Richmond.

“We’re trying to confirm some of those patterns,” he said, adding that the project also wants to see if changes occurred in the past four years.

Some changes, including the addition of green spaces and parks, may play a factor in temperature shifts, perhaps cooler temperatures.

In addition to measuring the air temperatures and humidity in Richmond, volunteers will be mapping air quality.

Hoffman went on a preliminary assessment in Richmond, collecting data along a route going through Carytown, Maymont, Carver and downtown. On Tuesday at around 3 p.m., he recorded the hottest temperatures alongside Cary Street in Carytown and the coolest temperatures in Dogwood Dell Amphitheater.

He found a 10-degree difference between the two areas — Carytown reaching 100 degrees and Dogwood Dell measuring 90 degrees. The most notable factor for the difference was tree canopy coverage.

“That is the primary reason why that area of Carytown was so much hotter” than Dogwood Dell, “which is almost exclusively trees,” Hoffman said.

Other cities, such as Roanoke and Norfolk, have participated in past heat-mapping campaigns.

More than 20 miles south of Richmond, a group of volunteers, mainly Virginia State University students, will be simultaneously measuring the temperature in Petersburg in the city’s first heat-mapping campaign.

Sarah Witiak, a biology professor at VSU, is leading the initiative there.

Past studies have looked at socioeconomic factors, such as health equity, in Petersburg. The data from the heat-mapping study can be used as another piece in looking at those factors to determine if there’s a relation, Witiak said.

While Hoffman’s study found a correlation between historically redlined neighborhoods, high temperatures and tree canopy coverage in Richmond, Witiak said she is curious if there is a similar pattern in Petersburg. The relationship between residential neighborhoods and the amount of tree coverage may not be as clear due to possible historic district zoning and other factors, she said.

“There’s a sort of history of changes here that are not always obvious,” Witiak said.

The urban heat island effect has not only worsened the climate change effect in Richmond, but can lead to increases in health-related illnesses, such as heat strokes and other respiratory illnesses.

“Every time we get a heat wave, we see significant increases in the number of people going to the hospital for heat-related illnesses,” Hoffman said.

Data collected from the project can assist city planning by identifying at-risk neighborhoods and implementing mitigation measures, such as planting more trees or installation of cooling centers and bus stops.

The city has used past urban heat island data to shape its Richmond 300 master plan and its climate action plan through RVAgreen 2050.

Hayley Bray writes in her journal while relaxing in Byrd Park Saturday, July 10, 2021.

Jeremy Hoffman went on a preliminary assessment in Richmond on Tuesday.

Jeremy Hoffman, chief scientist at the Science Museum of Virginia who conducted the 2017 project, said: “This is the largest heat-mapping campaign of its kind in the nation’s history.”