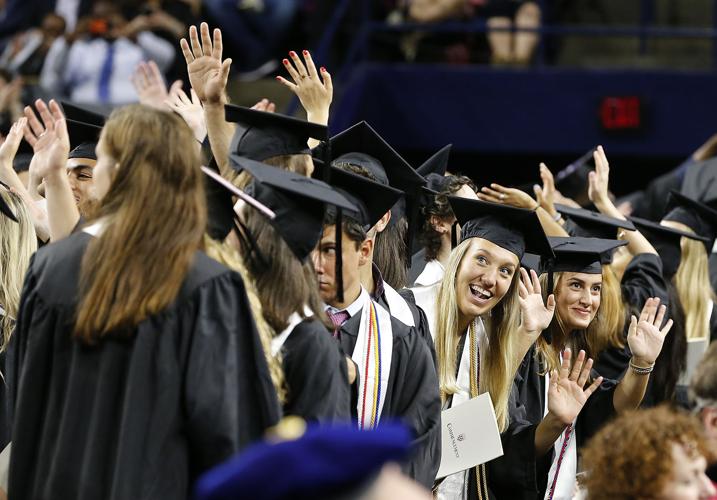 University of Richmond graduates looked for family and friends at the start of the May 2019 ceremony at the Robins Center. 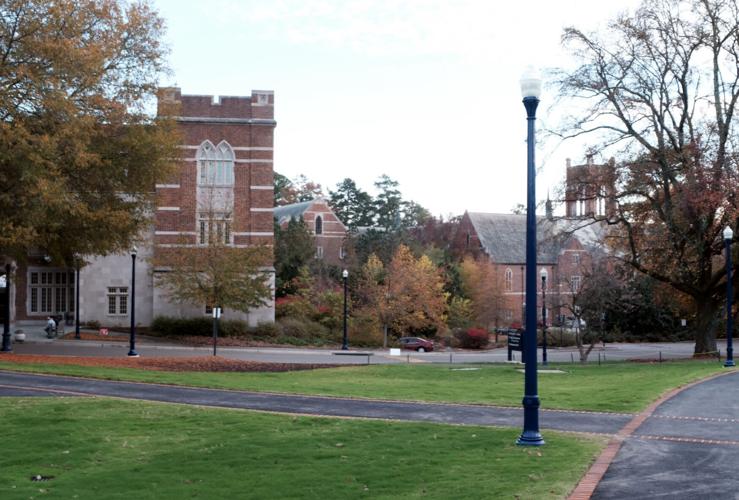 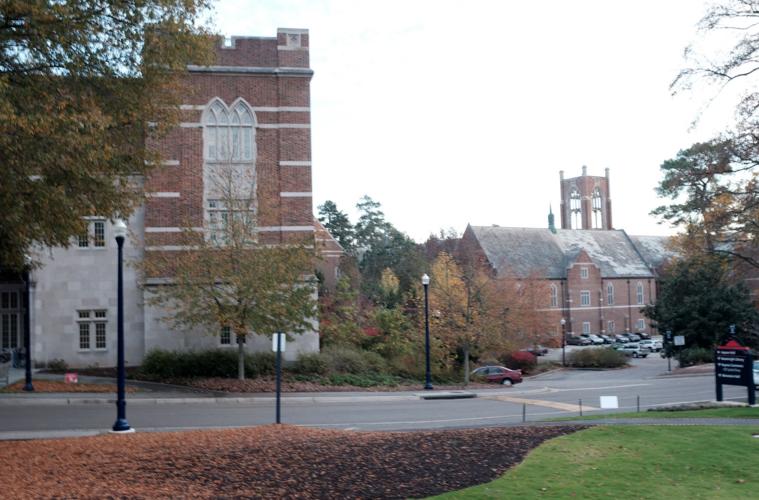 Richmond Public Schools students who attend the University of Richmond will be able to graduate with no loans thanks to a new program launched through a partnership between the two institutions.

On Wednesday, the university announced the “No Loan” program, which will support RPS students hoping to attend UR through grants instead of loans. Student loans are a burden that tends to disproportionately affect the population that makes up a majority of RPS — Black students.

UR President Ronald Crutcher said the purpose was to support first generation college students in particular.

“We know that the thought of taking out loans may create anxiety for families, particularly among first generation students,” Crutcher said in a statement.

The No Loan program has been in the works since at least 2016, said Stephanie Dupaul, UR’s vice president for enrollment.

Historically, UR has been one of the most expensive higher education institutions in the state, right behind Washington and Lee University. Tuition and mandatory fees are $56,860 per year. It costs an additional $6,000 to $8,000 for room and board.

“Making sure we were more accessible to students from Richmond was really, really important to our community,” Dupaul said. “[UR] is a school that works towards access and affordability by making sure we meet the demonstrated financial need of all of our students.”

UR also offers free tuition and room and board to residents of Virginia whose annual parental income is $60,000 or less through its “Richmond’s Promise to Virginia” program. The program ensures that those students will graduate without student loans.

In Virginia, women of color take on the most student debt, according to Tod Massa, the director of policy analytics at the State Council of Higher Education for Virginia. Richmond Public Schools is made up of mostly Black students, and about half of Black female students from RPS opt to attend college, according to data from SCHEV.

“Black women ... are often overproductive, overcommitted,” Massa said. “They’re trying to shine in a world that’s dominated by white, blond women and their desires. And so, to get through college, you do whatever you have to do. And you’ll accumulate debt along the way because you want to graduate.”

Superintendent Jason Kamras said that he’s heard stories of students from RPS saying they wouldn’t consider UR because of the price, but now the No Loan program opens a world of possibilities.

“Pretty much everyone says they’re in support of equity until you start talking about money. Then suddenly you realize whether folks are serious or not,” he said. “I really applaud President Crutcher, because he’s serious about equity and put some real dollars on the table to advance equity.”

Massa said a program like this could equalize the disproportionate effects of student debt if there are a good number of students from RPS attending UR.

“If the numbers are small, then it’s not really going to change anything,” he said. “But the fact that the program exists may change those numbers.”

Students who want to attend the University of Richmond in fall 2021 are encouraged to apply by Jan. 1. The university has waived some of its admission requirements because of COVID-19.

The name of Richmond's new mini street sweeper is ...

What do you think of the choice?

Clouds still hung over Richmond on Saturday morning, the remnants of storms that swept through the area Friday night and left thousands withou…

University of Richmond graduates looked for family and friends at the start of the May 2019 ceremony at the Robins Center.