RVA BIG Market, formerly South of the James, opens farmers market season Saturday in Bryan Park. This is how it all happened.
0 Comments
Share this
1 of 3

The South of the James Farmers Market in Forest Hill Park is an open-air, producer-only marketplace with more than 100 vendors. 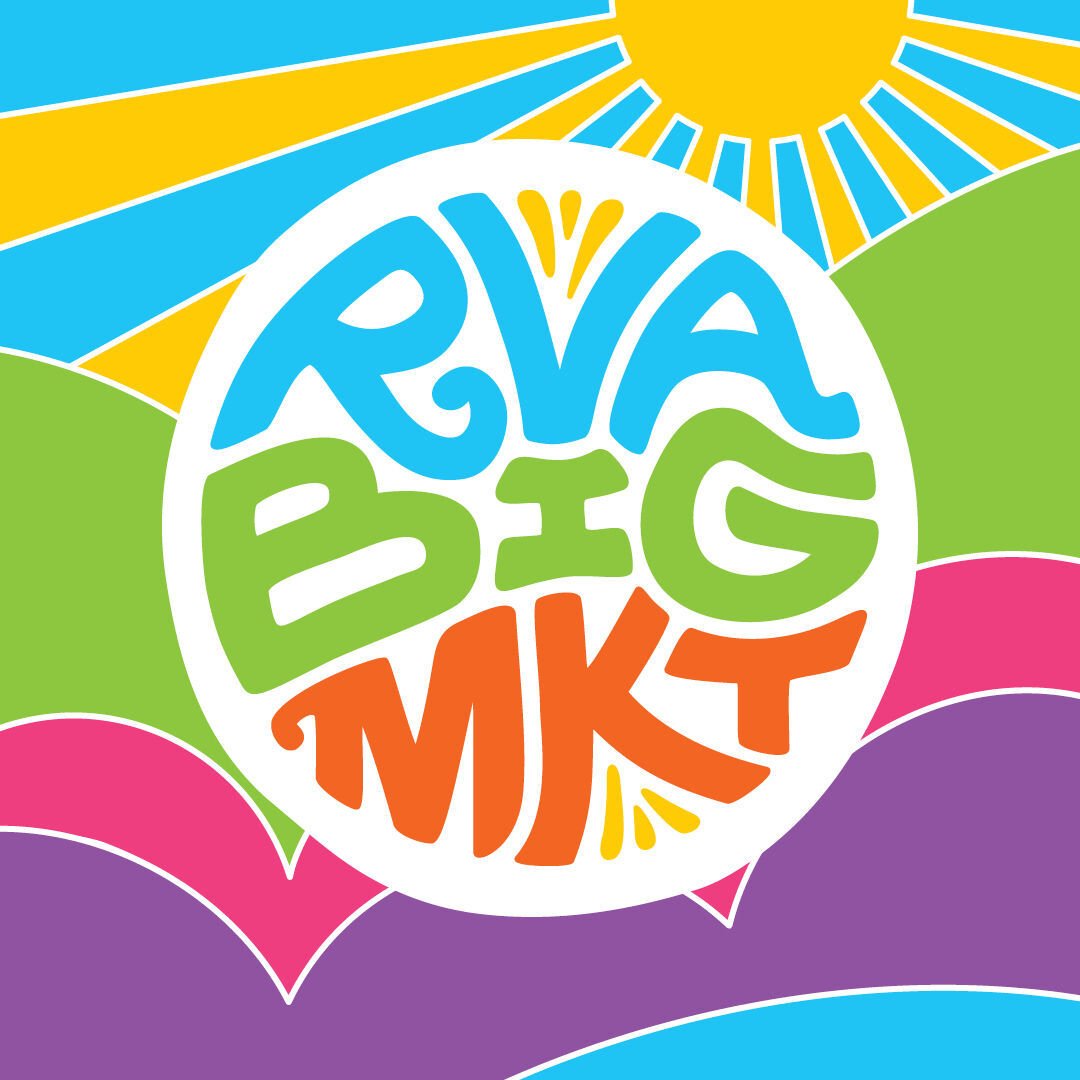 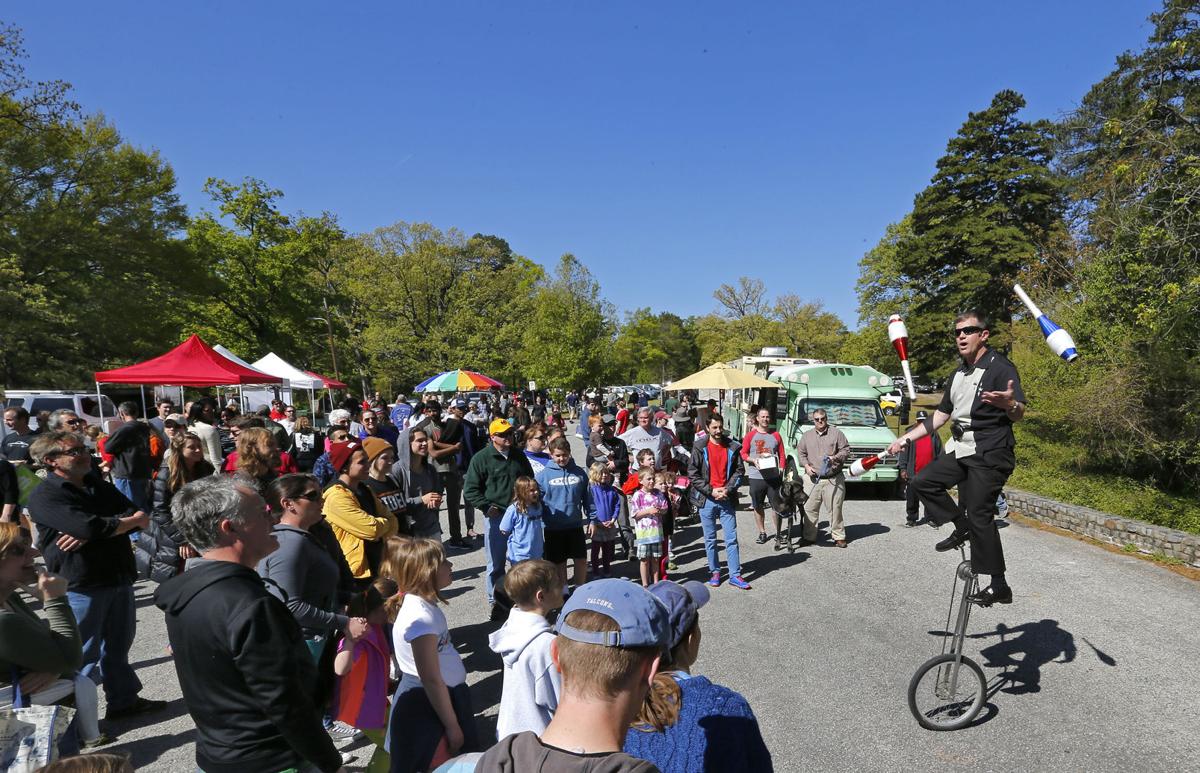 Jonathan Austin performed at the South of the James Farmers Market in Forest Hill Park in 2016.

This year’s farmers market season kicks off Saturday and for the first time in 14 years, Richmond’s largest and most popular one will start in a new home with a new name: the RVA BIG Market.

The market, previously known as the South of the James Farmers Market, will open in its new permanent home in Bryan Park.

The South of the James Farmers Market made permanent the temporary, pandemic-related move of its Saturday morning market from its original home in Forest Hill Park in South Richmond to Bryan Park in North Richmond — thus the name change to RVA BIG Market.

The South of the James market will return as well — in its original home, Forest Hill Park, only now it will be held Thursday evenings beginning May 6.

All of the changes have been previously reported, but they continue to spark outcry from some Richmond residents, calls for more transparency in future market-making decisions, questions of ownership over the market and decision-making process, and more than a little finger-pointing and blaming.

If you’ve ever been to the South of the James Farmers Market — in either location — you’ve seen Karen Grisevich, probably as she’s weaving through the market. In the summer she’s in cowboy boots and a sundress; other times she’s bundled up and wearing muck boots. She’s usually suntanned and smiling, and you’ll know for sure that it’s her by her long blond hair and armload of bangles — and the fact that she seems to know everyone.

The 53-year-old mother of two has been running the South of the James Farmers Market since the beginning.

And Grisevich, the co-founder, owner and manager of the South of the James market, didn’t want to move it. She didn’t want to leave Forest Hill Park — even temporarily, even just during the pandemic — and she didn’t choose Bryan Park.

Who made the actual decision to move the market last May is unclear and depends on whom you ask, but with the exception of Grisevich, all the aforementioned parties were blamed at some point or another over the change.

What is clear is that a year ago, the popular market — which sees thousands of visitors on a typical Saturday — was told it could no longer operate in its original location amid COVID-19 fears and complaints from some neighbors.

“We were closed down for two weeks and I was a wreck. We had 150 small businesses we were responsible for,” Grisevich said. “We were scared to death that no one would come. It was really like, ‘How can this happen to us?’”

The South of the James Farmers Market is a business. It’s Grisevich’s business, one she’s operated since the very first day, and whose design and execution she’s managed since the beginning. It takes place in a city-owned park that Grisevich pays to use and it operates on city-owned property with a memorandum of understanding that Larson helped coordinate between Grisevich and the city.

That MOU includes a list of 24 conditions South of the James must meet to operate, including paying parking attendants and an off-duty police officer, meeting with the Forest Hill Neighborhood Association three times a year to hear the group’s concerns, erecting “root protection zones” around the bases of trees and submitting its financial reports to the city twice a year.

The city must meet five conditions, three of which involve maintaining the park it owns.

“We were flabbergasted for a good three weeks,” said Karen’s husband, Doug Grisevich, who helps run the market with her. “How can they tell a business — a very successful business — where to go and how to conduct their business? They wouldn’t do that to CVS. They wouldn’t tell CVS they couldn’t operate and to go move across town.”

Like any small-business owners, the couple had no idea what the pandemic would mean for their livelihoods — the market is their sole job and they are the sole employees — or their future.

What’s more, they felt like they did everything right. They adhered to state-mandated COVID-19 guidelines, which included switching the market to a drive-thru concept and mask and glove wearing. They personally tried to ensure social distancing was adhered to, and they tried to make sure dogs and children — not allowed due to safety concerns — were nowhere in sight in a public park. One neighbor who walked his German shepherds in the park every morning — market or no market — refused to be deterred from his path on those Saturdays.

“I begged him. I literally begged him to take a different path,” Doug said.

Having dogs on site during the market was just one topic of the complaints that were posted on social media in South Richmond neighborhood group pages in those early days of the pandemic.

Like with anything popular or beloved and as with any small business, people have thoughts and complaints and the Griseviches have heard them all. So has Larson, which is why the councilwoman created the MOU and the template for neighborhood input to begin with, she said.

But the biggest and longest-standing complaint about the market was parking.

Forest Hill Park is in a residential neighborhood — one designed and constructed before the automobile was king. Single-family homes without driveways overlook part of the park. The streets are narrow enough that on 42nd St., a side street that leads to the park’s parking lot, street parking is permitted on only one side. On some of the other streets around the park, cars park on both sides, but it’s narrow enough that only one car can move through at a time. The lack of sidewalks pushes pedestrians into the street to get through, and it’s not uncommon to see Forest Hill residents walk their dogs or push a baby stroller in the center of the street.

All of that works out fine most days, but on Saturdays, on market days, the neighborhood sees an influx of several thousand people — in cars, on bikes or on foot — who flood the area over a four-hour period. The park’s parking lot can hold about 100 cars.

“As our guest count grew we started going into overflow parking … on the grass,” Doug said.

The Griseviches also hired parking attendants to help direct traffic and worked with the city to install more bike racks. Larson said her office has worked on traffic plans and pedestrian safety over the years, and worked to help find funding when it was needed.

The South of the James Farmers Market had a problem that few wanted to talk about: It was too big for its location. It seemed the desire — the motivation behind the complaints — was to make the market less popular. Ultimately though, a successful farmers market requires a tricky balance: You need vendors to bring people and people to bring vendors.

“People can say what they want, but the reason we’re there is to sell our products,” said Andrew Broocker, owner of Reginald’s Homemade, a Richmond-based peanut butter maker who was a vendor at South of the James for seven years until his business folded last year due to the pandemic.

Over the years, Broocker said, he tried being a vendor at multiple other local farmers markets, but two things kept him coming back to South of the James: the traffic and the Griseviches.

“They care very much for the vendors,” Broocker said. “I loved it at Forest Hill, it was established, you couldn’t beat the traffic. As a farmers market, you can’t get better than it. But as a vendor at Forest Hill, it’s kind of awful. It’s tight. It’s blazing hot in the summer.”

And Broocker, like the Griseviches, was extremely nervous about the move last year from South Richmond to North — especially given the pandemic and all the uncertainly everyone had about the future.

Last May, the South of the James market relocated to Bryan Park. The Griseviches put it together in a week and rushed to roll out marketing to tell customers about the new location plus share their usual weekly list of vendors and reminders about COVID protocols.

The move was temporary, they reminded people. It wasn’t their choice, they didn’t want this, but here they were. Larson, getting calls from constituents as they learned about the move, also attempted to remind people the move was temporary. Larson is personally and publicly a fan of the market and tried to reassure residents in her district about the temporary move.

“A significant amount of time and effort was put forth by my office to ensure that the market was kept up and operational,” she said recently.

It was a hit. It was “extremely successful” in the new location, Karen Grisevich said.

So South of the James will stay put. And change the name. But Grisevich, mindful of her roots and the neighborhood that helped build the success of the market, didn’t want to leave South Richmond without a market, so she decided to come back to Forest Hill for the Thursday evening market. She’s operating both markets under her GrowRVA brand.

“Coming back — part of it’s loyalty. … That’s where it started. We wouldn’t have the success we have today if it wasn’t there,” Grisevich said.

Saturdays from 8 a.m. to noon, May-October

South of the James Farmers Market

The South of the James Farmers Market in Forest Hill Park is an open-air, producer-only marketplace with more than 100 vendors.

Jonathan Austin performed at the South of the James Farmers Market in Forest Hill Park in 2016.