Fan guide: Training camp starts this week in Richmond. Here's what you need to know... 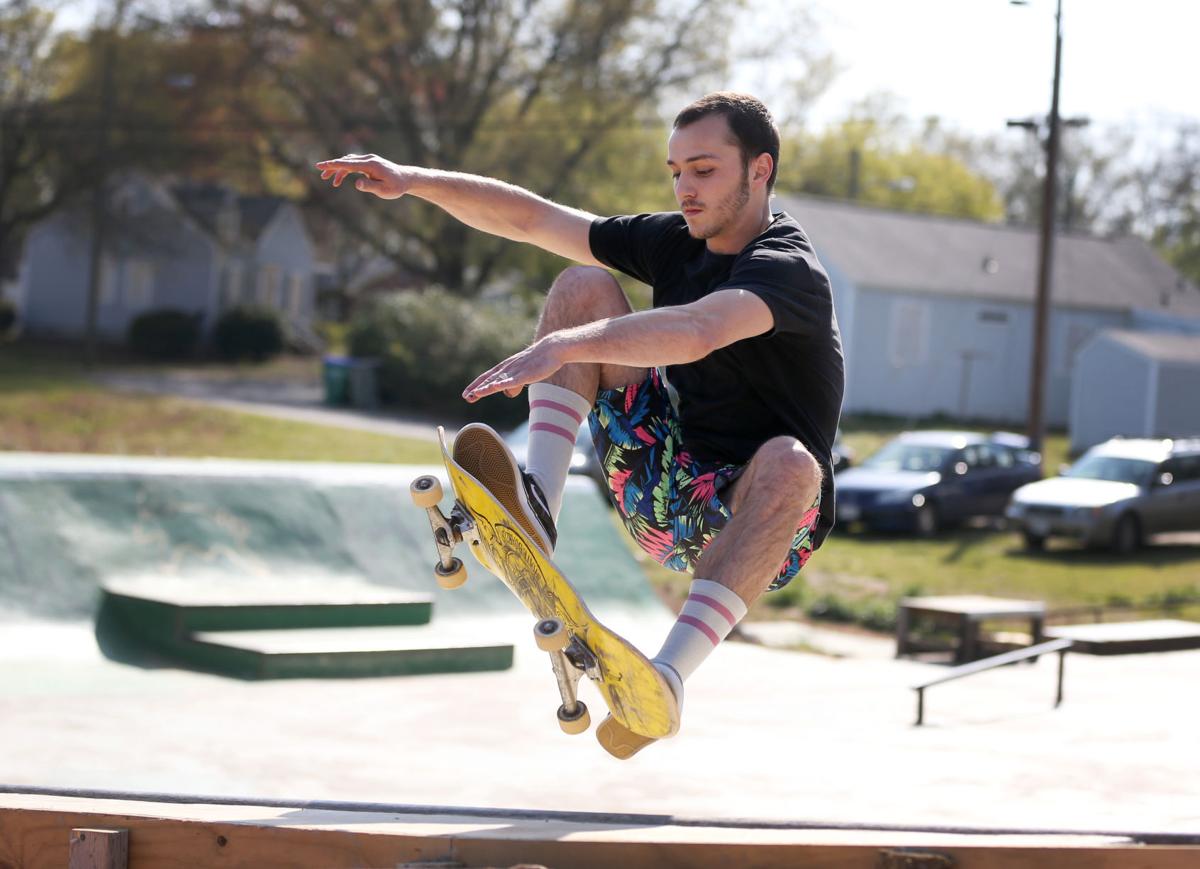 In this 2018 photo, Ethan Edwards of Richmond skates in the skatepark near Texas Beach. 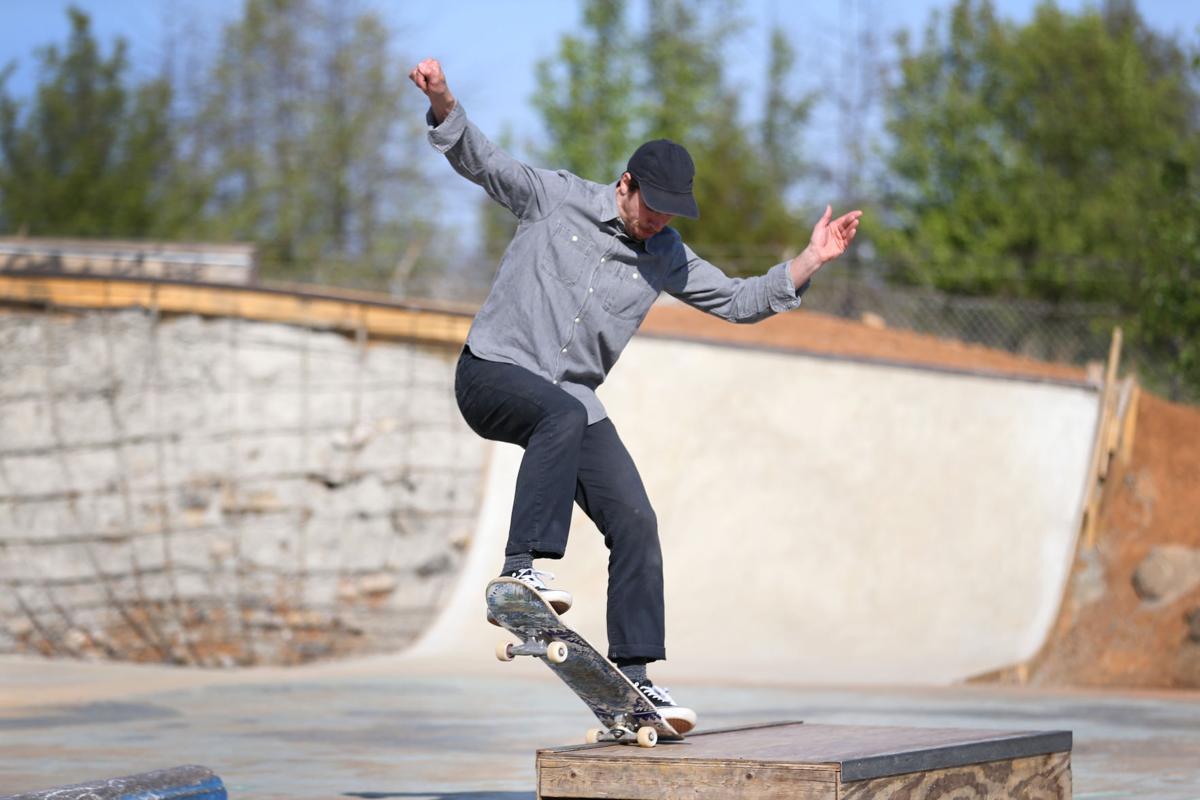 Chris Mahonski of Henrico skates in the skatepark near Texas Beach on Tuesday April 10, 2018. 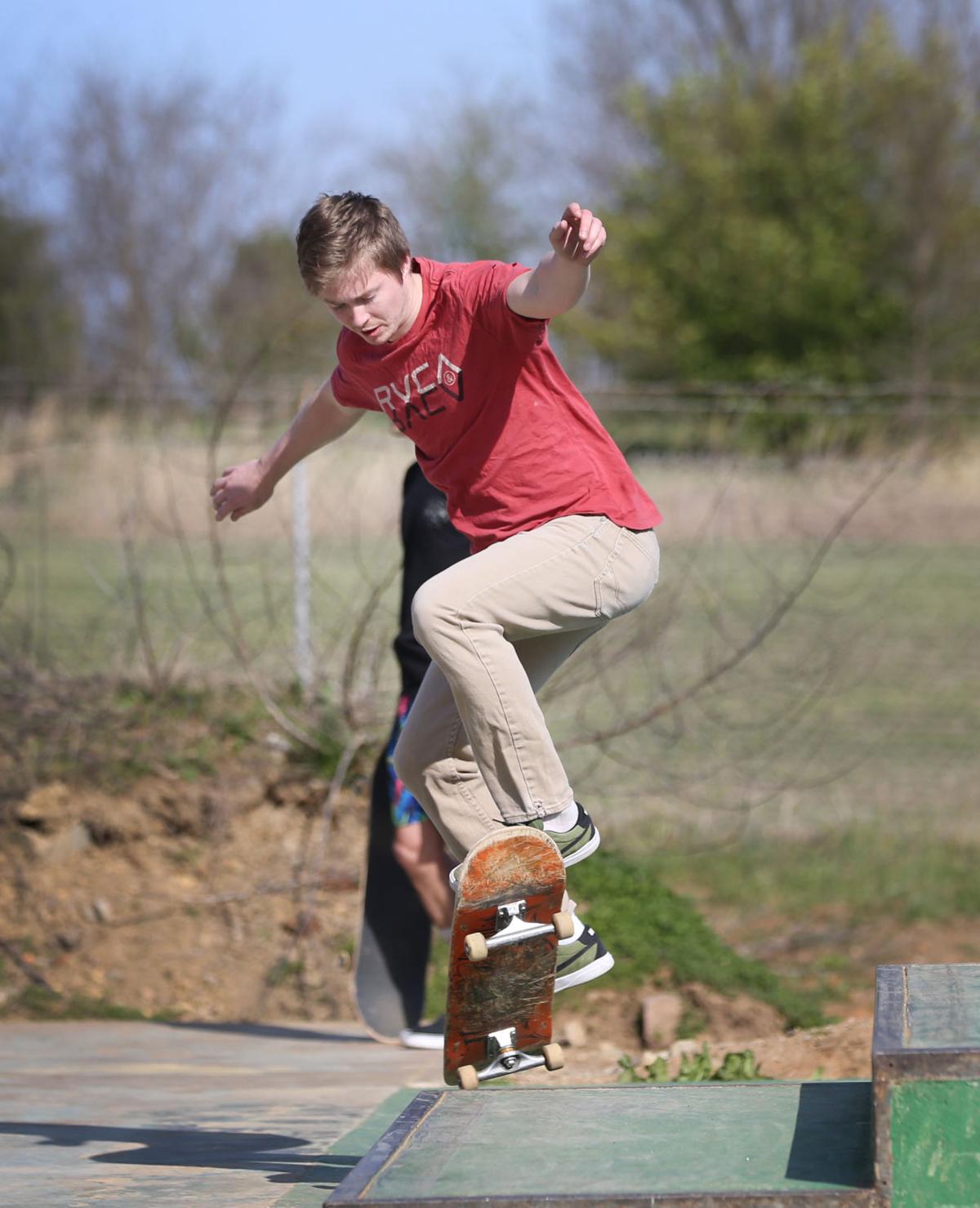 Christian Keilty of Richmond skates in the skatepark near Texas Beach on Tuesday April 10, 2018.

In the near future, not only will Richmond-area skateboarders have a new skate park in South Richmond, they will be able to skate on public art.

The future skate park, part of the $22 million renovation of the Southside Regional Park and Community Center, off Midlothian Turnpike and near Chippenham Parkway, might be completed by September, according to a city Parks and Recreation spokesperson.

Funded through the Percent-for-Art program, which allocates 1% from approved city construction projects with a budget of over $250,000 in Richmond, the Public Art Commission gravitated toward implementing an art installation at the skate park.

One artist will receive $200,000 from the commission to construct a public art piece. The piece will not only be skate-friendly, but will function as either seating, shade, open storage or a gateway, whether it be an arch or frame, said Susan Glasser, the city’s public art coordinator and secretary to the commission.

Scaling down from 34 applications, the portfolios of four finalists were introduced to the Public Arts Commission on Thursday afternoon. Interested artists were judged on their experience, being able to demonstrate artist excellence, innovation and originality, and their ability to work collaboratively and create a functional piece of art.

The four finalists are preparing their final design proposals. The designs are due in early September as the installation is slated to begin later that month. All finalists will receive $2,000 for their creative time and energy.

Richmond currently has two skate parks: the Carter Jones skate park on Bainbridge Street and the Texas Beach skate park, which was built by volunteers.

Once the final designs are submitted, a selection panel will make a recommendation to the commission, which has the ultimate say on the chosen artist. Then the commission will need to receive a final go-ahead from the Planning Commission.

Finalist Alexis Sablone is a Brooklyn, N.Y., architect and artist — and professional skateboarder. A member of the U.S. Olympic skateboarding team, she is competing in the women’s street competition this Saturday during the Tokyo games.

“These skateparks are not simply recreational facilities where skateboarders can go to develop their skills — although they are that, too — but, more importantly, as I learned when I was younger, they are a point of access to a culture and a community,” she wrote in the initial application.

Based in Richmond, Sandy Williams is an artist and filmmaker who works in sculpture, painting, cinema, performance, text and photography. In 2017, Williams began the Wax Monument series after witnessing the Unite the Right Rally in Charlottesville. Williams has created a miniature Robert E. Lee statue and J.E.B. Stuart statue for the series, melting them either in front of or on the actual monuments.

As a sculptor primarily working primarily with ceramics and concrete, Alex Irvine of Asheville, N.C., is also a skateboarder. For the past decade, Irvine has combined his passions of public art and skateboarding, as he is a founding member of Foundation, a grassroots DIY skate park in Asheville’s River Arts District. He also volunteered with building the DIY skate park at Texas Beach.

Benjamin Ball of Los Angeles works in integrated design and fabrication practice in the areas of architecture, art and industrial design. Ball says he creates artwork that speaks to all audiences regardless of age and cultural background.

The arts commission has about five more projects planned following the skate park, including an open application for a piece in the Hillside Court community’s playground, a $500,000 installment in Shockoe Bottom and future pieces at Historic Fulton Memorial Park, Westover Hills and Fire Station #12 on West Cary Street. Currently, there is no public art in the 1st, 4th or 9th districts of the city, which is why the commission is looking to focus attention on the areas that have been historically overlooked, Glasser said.

“There has been a dry spell with public art in the city but now we are hitting the ground running,” Glasser said. “We are looking at making sure we are putting projects all over the city, not just the city’s center.”

In this 2018 photo, Ethan Edwards of Richmond skates in the skatepark near Texas Beach.

Chris Mahonski of Henrico skates in the skatepark near Texas Beach on Tuesday April 10, 2018.

Christian Keilty of Richmond skates in the skatepark near Texas Beach on Tuesday April 10, 2018.