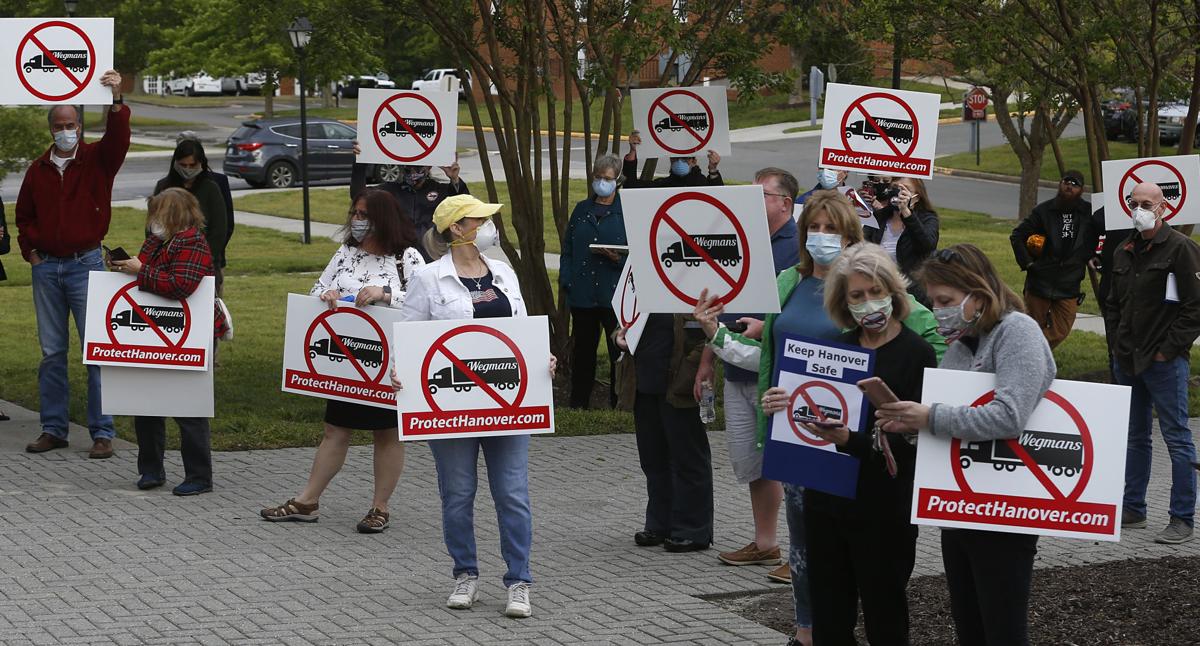 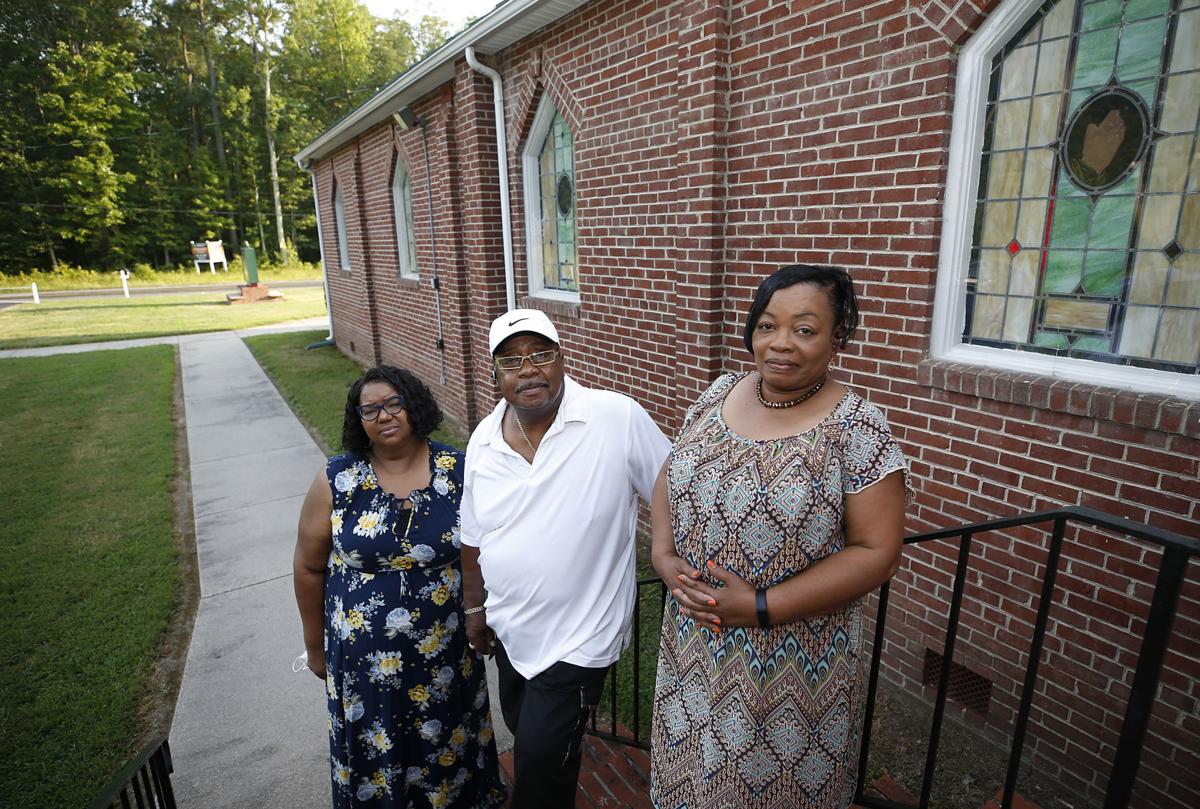 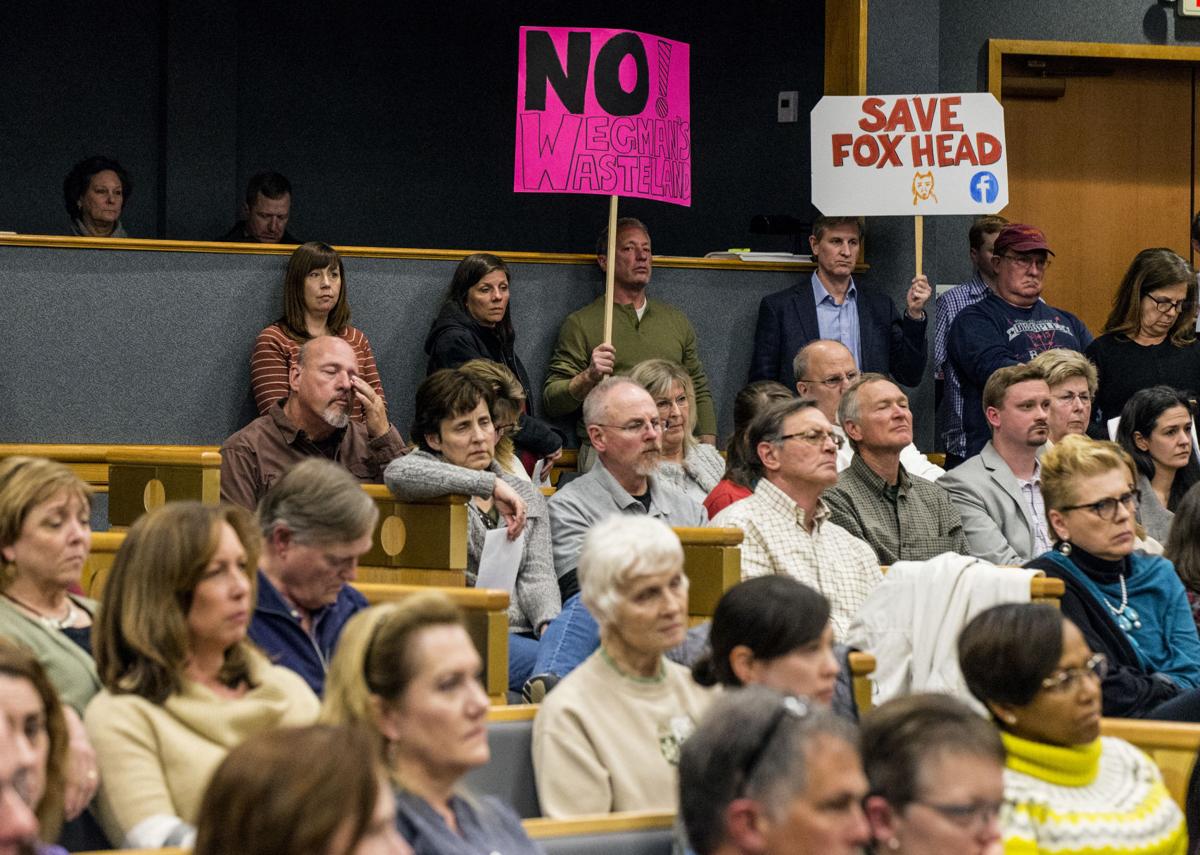 Wegmans’ plans for a 1.7-million-square-foot distribution center in Hanover County remain on hold after state and federal agencies recently extended their review of environmental permits for the project.

Almost a year after the project was publicly announced, the Virginia Department of Environmental Quality and the U.S. Army Corps of Engineers are again soliciting public comment after another look at the 220-acre project site at the intersection of Sliding Hill and Ashcake roads determined that its environmental impact would be bigger than what an earlier study estimated.

An updated survey of the project site identified about 30 acres of protected wetlands, half of which would be directly impacted by the development. The projected impact is twice as large as what was initially estimated in a previous survey regulators cited in their initial review of the permit application.

The Virginia Department of Environmental Quality delayed a final decision on the permits for the $175 million project this fall after receiving “significant comments” from the public about the project’s impact on wetlands and an endangered historic African American community.

Despite the revision to the permit application, many area residents remain skeptical of the technical data and information Wegmans is using in its permit application, and are calling for regulators to deny the company permission to build. People who oppose the project also worry about increased traffic around their neighborhoods and further industrial intrusion on a Black community first settled in 1870.

“We can’t just cover our ears or close our eyes tightly enough to make these problems go away,” said Sara Blose, a resident of the nearby Foxhead neighborhood. “Approving a permit under these conditions would be arbitrary, capricious and contrary to law.”

Opponents said the use of a “mosaic” method for surveying the site, which was done during drought conditions last year, severely underestimated how much of the area could be impacted. The estimated impact was updated following another survey conducted by the Army Corps of Engineers in August.

After holding a public hearing on the permit application in July, the Department of Environmental Quality held a second hearing Thursday. Every speaker at last week’s meeting spoke against the project. Officials from Wegmans declined to speak at the hearing, which was held virtually, according to DEQ officials. And a representative for Wegmans did not respond to requests for comment last week.

Wegmans has previously said it needs a new distribution center in the Mid-Atlantic region to accommodate about a dozen new stores and to relieve overcapacity at two distribution centers in Pennsylvania and its hometown of Rochester, N.Y. After searching for potential sites through the region, including several other parcels in the county, it decided on the proposed location because of its proximity to Interstate 95 and the availability of the Air Park Associates property on Sliding Hill Road.

After approving a state-supported $6.8 million incentives package for the project when it was unveiled in December 2019, the Hanover Board of Supervisors in May approved zoning changes for the project in a 4-3 vote. The supervisors who voted for it cited the already approved incentives and 700 jobs it would create, while those opposed to it sided with hundreds of residents who worried it would harm their quality of life by creating more traffic congestion and noise.

In addition to the impact on residents in the newer residential subdivision south of the project site, members of a historic Black church in the area, many of whom can trace their lineage to a freedmen’s community that settled the area 150 years ago, say it’s also an environmental justice issue.

“It’s like we’re just paperwork they need to turn in instead of lives that will be affected,” said Bonnie Cotman, a resident of Egypt Road who is a descendant of Caroline Morris, a woman born into slavery who lived in the area after the Civil War. Many of the Brown Grove Baptist Church’s members, some of whom live near the project site, are also related to her.

Cotman and her neighbors can remember safely walking to the church and their relatives’ homes on Sundays when they were young children. With the construction of the airport, the interstate, a concrete manufacturer and other industrial development around them, though, they fear their descendants won’t get to experience a similar life in this place.

The area’s African American descendants also fear that the development could result in the destruction of land where their ancestors are buried, though a recent archaeological study conducted on Wegmans’ behalf found no evidence of them. Some of the descendants say they remember seeing them as children decades ago.

“It’s no longer going to be considered a historic African American community,” Cotman said. “It’s going to be an extension of the Air Park.”

Concerns about quality of life, such as noise and traffic, are not within the scope of consideration for the wetland impact permits. Several neighbors from the subdivisions filed a lawsuit appealing the Board of Supervisors decision, mostly focusing on those types of concerns and alleged violations of public meeting laws during the COVID-19 pandemic. A Hanover Circuit Court judge dismissed the case earlier this month.

Elaine Holley, a federal permit manager reviewing the Wegmans application, said she intends to have the company and the Brown Grove community sign an agreement that would require further archaeological study to determine whether there are any graves. The agreement, which would be a condition of the permit, could also include protections for the structural remains of the church’s former location on the project site.

“If it becomes a condition of our permit, it would be enforceable by us,” she said, adding that it could take two months to finalize the agreement before a decision is made for the federal permit.

Cotman said Holley has alluded to that idea in meetings with the church’s members. Cotman, however, said any kind of compromise feels inadequate, because the massive 24-hour warehouse center would still put the Brown Grove community’s future at risk.

Others opposed to the project who are carefully monitoring the permit review process said it has been seriously flawed, even after regulators acknowledged that more work was needed to determine the impact on the property’s wetlands.

Chris French, the chairman of the Hanover NAACP’s environmental committee and a resident in one of the nearby subdivisions, said he still thinks the wetlands on the property are undercounted. French, who has a background in stormwater management, said the regulators have not surveyed the entire project site or adjacent parcels that could also be impacted.

The federal and state officials say part of their review process at this stage also involves looking at alternative sites submitted by Wegmans to determine if locating it elsewhere could have less of an adverse impact on the environment. Holley said federal regulators are still reviewing what Wegmans has submitted.

But Jamie Robb, a permit manager for DEQ, said state officials have already determined that the primary site application is the “least environmentally damaging practical alternative” for Wegmans.

The distinction relies on regulators also considering other factors, such as costs and logistics if Wegmans were to change its course.

The documents Wegmans provided say it would not be practical to seriously consider four other sites in the Hanover area because of costs or a similar level of wetlands impact.

However, one of the alternative sites under consideration, in the town of Ashland west of I-95, would impact less than 1 acre of wetlands. Wegmans said it would need to pay $28 million to acquire and develop the site before construction — which is $22 million more than it expects to pay for the Sliding Hill site. Wegmans said part of that would include $10.9 million for an extension of Hill Carter Parkway.

Blose and others, however, said they think those estimates were exaggerated to make regulators think it would be more of burden on them.

Nora Amos, the town’s planning director, confirmed that the town never said the road project would be required, and that state officials with the Virginia Department of Transportation and the Virginia Economic Development Partnership indicated a willingness to help offset those costs.

Robb said the State Water Control Board’s vote on whether to approve the permit has not been scheduled, but will likely happen sometime next year.

The DEQ will continue accepting comments about the permit until Dec. 4.

More information about the permits and submitting public comment can be found online at deq.virginia.gov/wegmans.

As Hanover County residents opposed to a 1.7 million-square-foot Wegmans distribution center planned near their homes await a decision on envi…

Proponents and opponents of building a Wegmans Distribution Center in Hanover County, Va., express their views during a Hanover Board of Super…