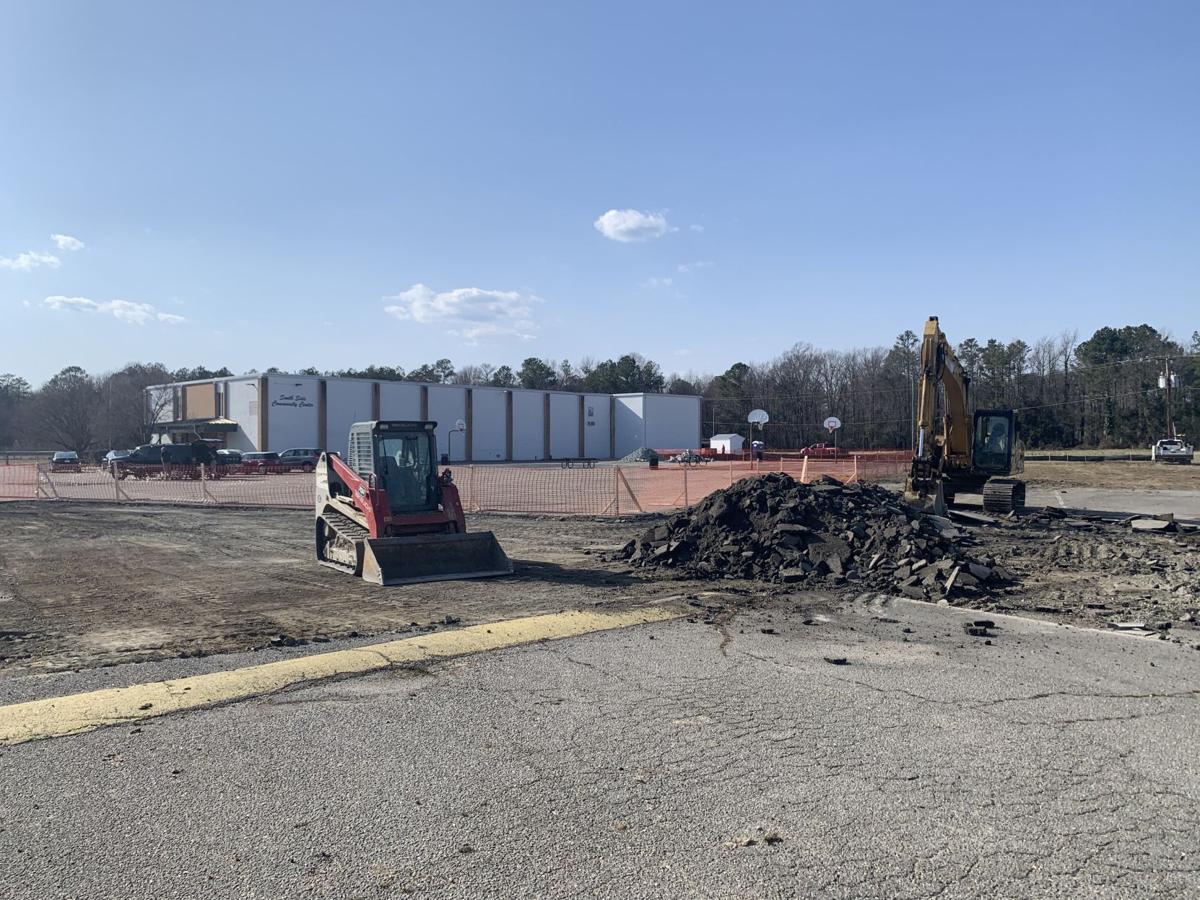 Richmond plans to allocate $15 million to improve and expand the Southside Community Center over the next five years. The city’s goal is to turn the site into a regional park.

A rendering shows the memorial park proposed for Shockoe Bottom. 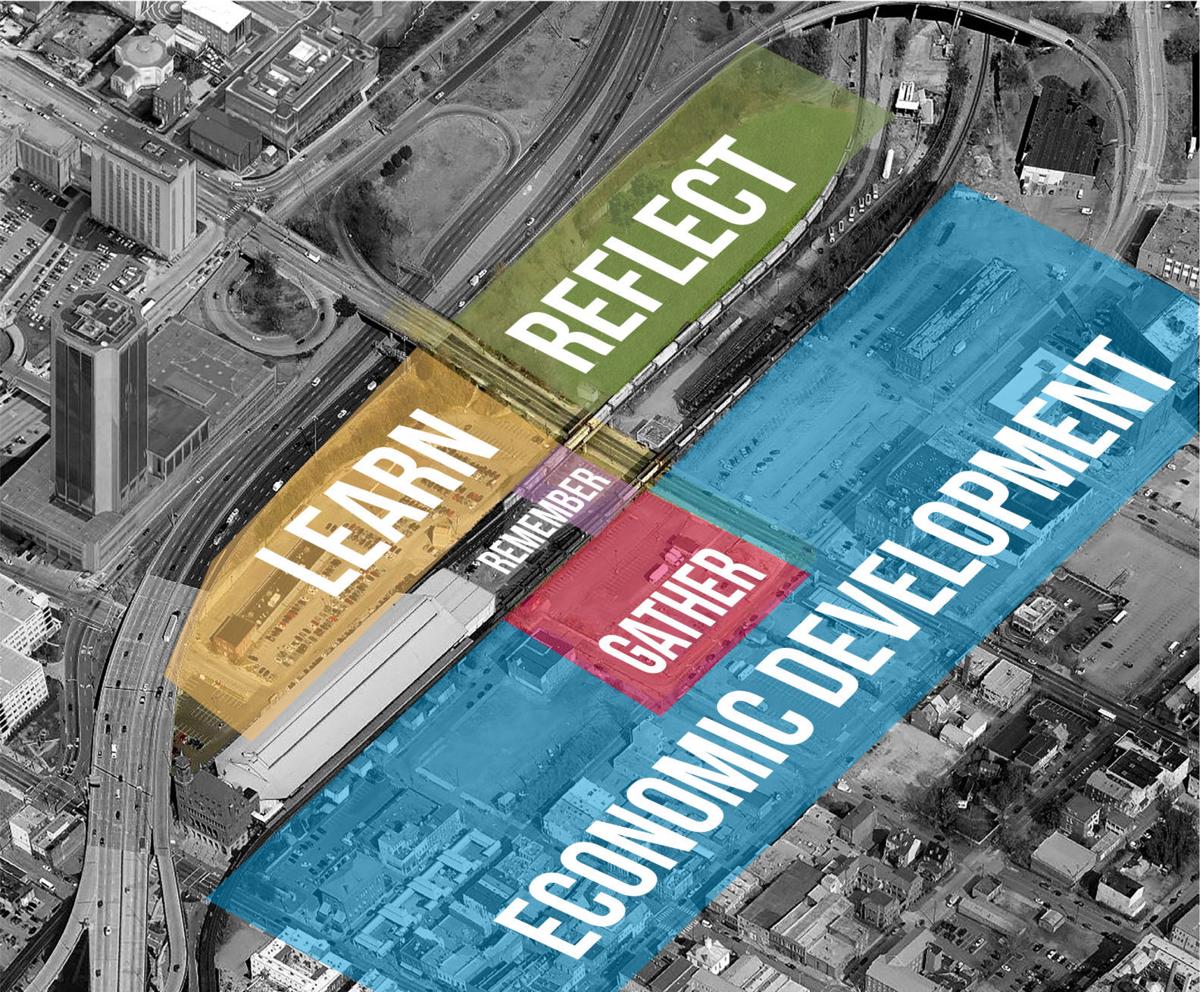 A new fire station in the Fan, an expanded community center in South Richmond and a Shockoe Bottom memorial campus to people who were enslaved are among the city’s building plans for the next five years.

About two-thirds of the $185.6 million the city hopes to spend in the next fiscal year is for water, sewer and gas utilities maintenance and upgrades, but city officials Thursday heralded the full plan’s focus on neighborhoods, streets, schools, health and safety.

“It has been a challenging and sobering year, but residents should be excited about this plan,” Mayor Levar Stoney said in a statement Thursday. “It reflects our priorities: our families, our services and our shared history. Whether we’re building the Enslaved African Heritage Campus or sending students back to schools they can be proud of, it all starts with these investments.”

The Richmond Planning Commission reviewed the $966.7 million five-year Capital Improvement Plan and the proposed capital budget for next year in a special meeting Thursday. Stoney is slated to present his spending plan for next year to the City Council on Friday.

Aside from public utilities, transportation projects comprise the largest part of the proposed capital budget for next year. The plan allocates $33.5 million for improvements to the Hull Street and Shockoe Valley corridors, bridge repairs and various road, sidewalk and bicycle infrastructure projects.

Transportation would remain another major item through the next five years with a total of $118.5 million planned.

Public Safety would be the third-largest segment next year, with $6.3 million proposed to complete the replacement of Fire Station 12 at 2223 W. Cary St. A webpage for the project says it is the city’s oldest operating station.

The remaining $4.6 million proposed for public safety would be allocated to police, jail and courthouse facilities.

Other capital projects proposed for next year include:

Utilities improvements and repairs make up more than half of the full five-year plan with $516.1 million in planned spending. Education would be the next top priority with $200 million tentatively earmarked in 2024 to build a new George Wythe High School and “modernize” the city’s Technical Education Center.

The city is also planning to allocate $27.9 million for the Enslaved African Heritage Campus in Shockoe Bottom.

In July, Stoney announced the city would invest between $25 million and $50 million over the next five years for the project. Supporters of the project envision a 9-acre memorial park and museum recognizing the area as the country’s second-largest slave trading hub before the Civil War.

The plan also designates $15 million to improve and expand the Southside Community Center over the next five years. The city purchased the community center in 2014 with the goal of turning the site into a regional park.

A plan adopted by the city’s Urban Design Committee in 2019 envisions a playground, basketball court, softball field, and a community garden and orchard.

Tamara Jenkins, a spokesperson for the city’s parks and recreation department, said the city is currently preparing to build a new skate park and make improvements to the parking lot and athletic fields there now.

Other major projects and planned spending in the full five-year plan include:

The city plans to pay about $53.2 million, or 29% of next year’s capital budget, in cash. Revenue from bonds and loans would cover more than half of the planned expenses.

City officials have yet to answer questions or provide details about the mayor’s general fund budget proposal ahead of its presentation Friday.

The School Board last month approved a $341 million operating budget that anticipates $5 million more from the city than it received last year; The city’s adopted budget for the current year allocates $181.7 million to the division.

In January, budget officials projected a potential $37.5 million budget shortfall with operating expenditures expected to rise and tax revenue declining due to the COVID-19 pandemic’s impact on service, live entertainment and hospitality industries.

City spokesman Jim Nolan earlier this week also declined to say how the city might be planning to allocate federal aid Congress is considering for state and local governments.

The city school division recently received $54 million in federal aid from a $900 billion stimulus plan approved by Congress and then-President Donald Trump in December. The aid package, however, did not include money for localities.

The U.S. House of Representatives last week passed a new $1.9 trillion federal stimulus package with $350 billion carved out for states and localities. Richmond would receive $159 million if the Senate approves the plan as proposed, according to estimates from a House committee.

“Suffice it to say, if and when such a stimulus package is approved by Congress and signed by the President, we will not have a difficult time putting any funding received to good use,” Nolan said.

The proposed budget for Richmond next year includes more pay for fewer employees while keeping the city’s tax rates level.

Richmond plans to allocate $15 million to improve and expand the Southside Community Center over the next five years. The city’s goal is to turn the site into a regional park.

A rendering shows the memorial park proposed for Shockoe Bottom.