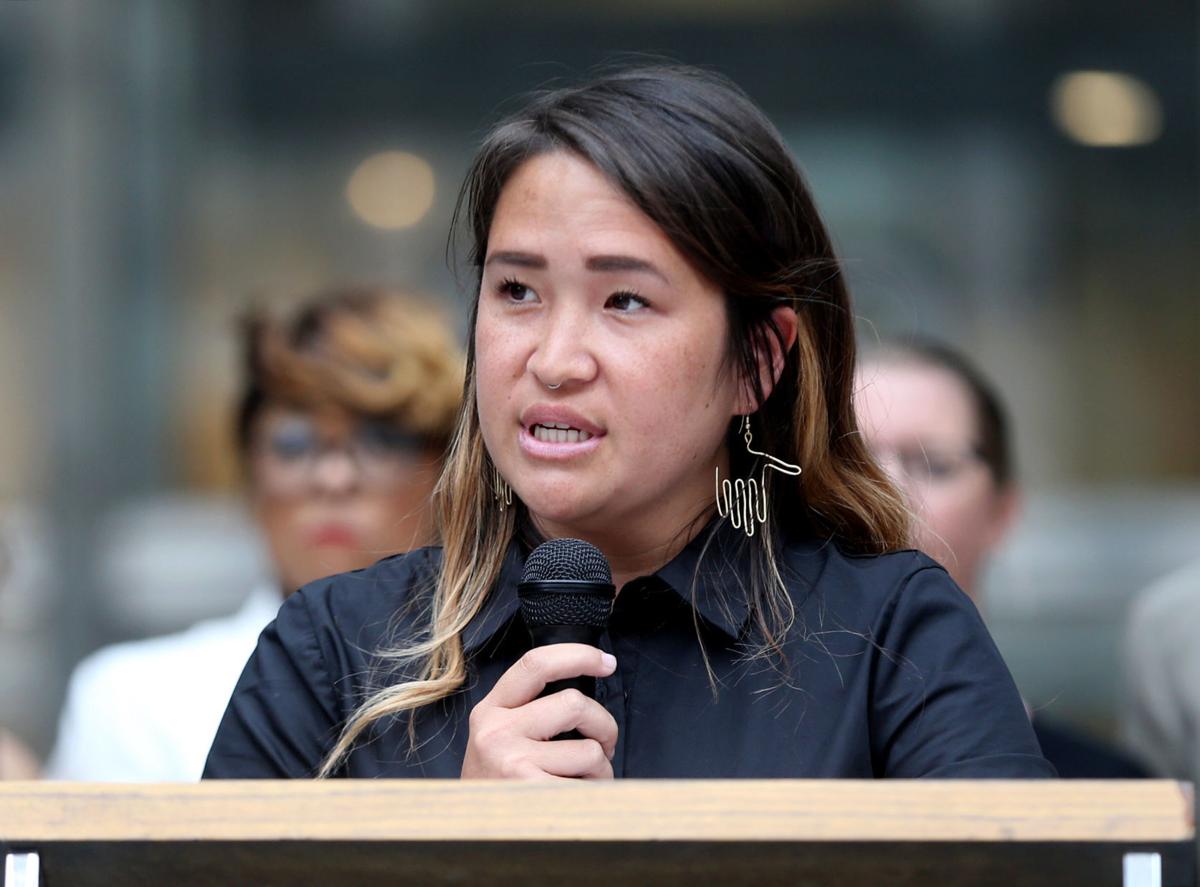 Brionna Nomi speaks at Richmond City Hall on Wednesday, June 7, 2017, as a member of Richmond Teachers for Social Justice. 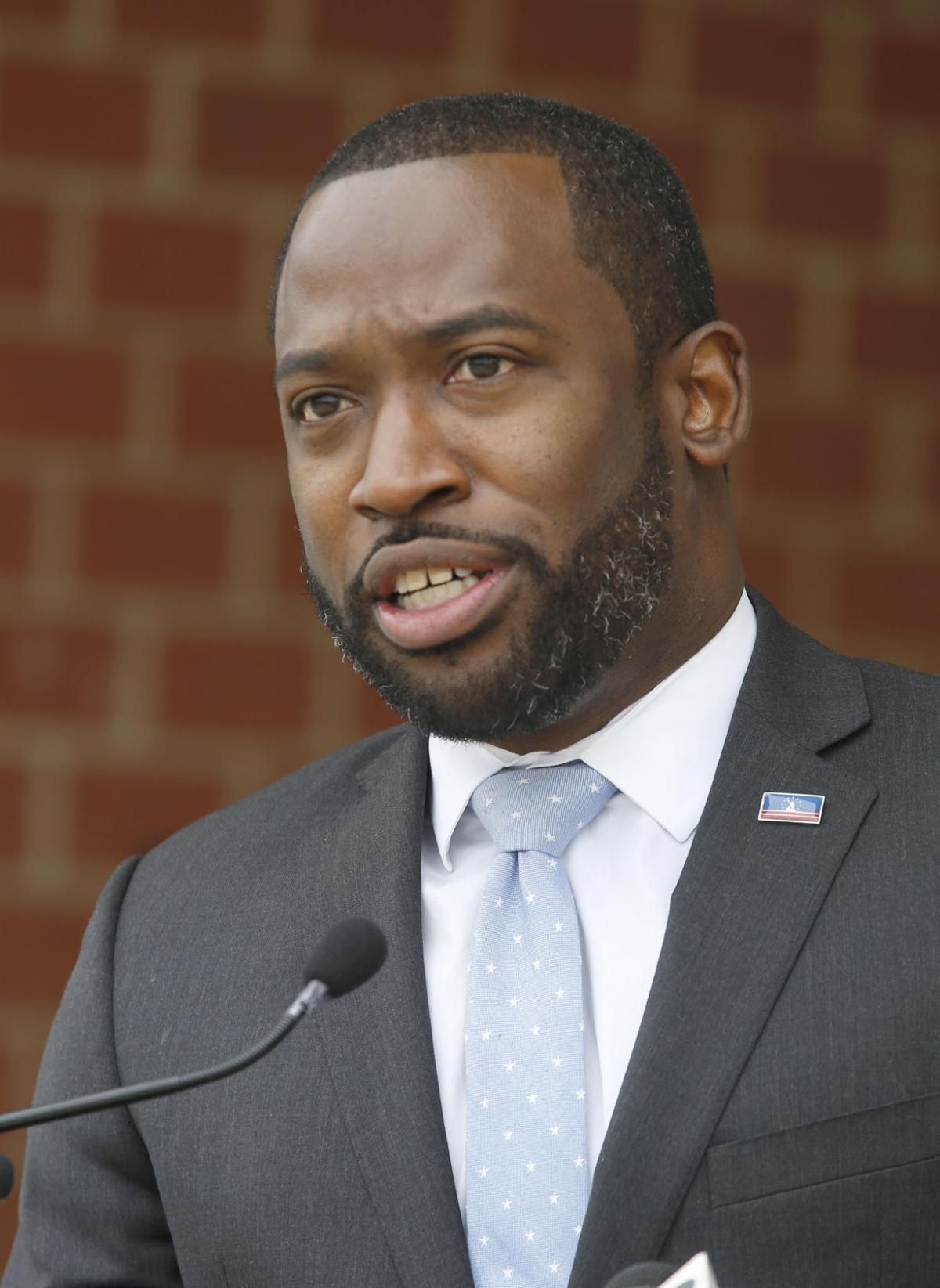 Richmond Mayor Levar Stoney adresses a press conference after being sworn in for his second term at Henry L. Marsh III Elementary School in the east end of Richmond, VA Monday, Jan. 4, 2021.

Mayor Levar Stoney has dismantled the Mayor’s Teacher Advisory Council, a decision met with confusion and displeasure by its current members, all of whom have been Richmond Public Schools teachers.

Stoney informed the council’s members in an email Jan. 7 that they all would have to re-apply for their positions, saying his policy priorities have “evolved and expanded” since his reelection bid and that he felt it best for members’ goals to be “aligned” with his.

“It is important for the success of both our students and our schools that all associated bodies have aligned goals,” Stoney stated. “As such, I have decided to reconstitute [the council] and will revisit the criteria for membership.”

Later in a statement, a spokesperson for the mayor said that in Stoney’s second term, he wants to focus more on universal access to preschool and college and career readiness for all Richmonders after concentrating on out-of-school activities for RPS students.

“It’s important to the mayor that his Teacher Advisory Council has experience in these aspects of education and we will reconstitute the panel to help advance these goals,” said Jim Nolan, spokesperson for Stoney. “It’s also important to him that all members of the MTAC are currently teaching, and that will be a criterion for selection as well.” Out of the 20 members the mayor’s office listed, at least two are no longer teachers in RPS.

Brionna Nomi, a former RPS teacher who founded the group alongside the mayor’s office in 2018, said that many of the current members have experience in Richmond’s preschools and college and career readiness, and she felt the response to be disingenuous. She also said the group was never informed of his priority shifts.

“That seems like a very disingenuous answer, and one that was not articulated to the council,” Nomi said in an interview. “It doesn’t explain away the lack of respect that was given to the teachers upon their dissolution by email.”

On Wednesday, members fired back in a letter calling the sudden dismantling of the task force “disappointing and disrespectful.” They also said the group was underused by the mayor, and that many of their ideas were not brought to fruition because of Stoney’s own lack of investment in the work of the group.

The body, which met bimonthly, was created to “provide insight into what attracts teachers to Richmond,” and to offer input on how Stoney’s administration can support students, according to a 2018 news release from the mayor’s office.

Because of the group, RPS has free CPR classes; other initiatives weren’t completed.

Some of the initiatives the group proposed but never completed, the letter states, included campus visits to historically Black colleges and universities, free GRTC passes for parents to attend individualized education plan meetings for students with disabilities, and other ideas the group says they haven’t heard updates about.

“We don’t appreciate that your disbandment email was sent a mere four days before our scheduled meeting with you,” the letter from the coalition says. “This demonstrates a complete lack of respect for our very limited free time as educators that we have poured into advocacy work and preparing for that meeting.”

Stoney referred to himself as the “education mayor” when he first ran for office in 2016. His plan for education has since been taken down from his campaign website.

Since taking office he lobbied for a meals tax increase that funded construction of three schools and created the Education Compact, a coalition of community members, City Council members, and School Board members who meet to discuss broad goals for RPS, among other things.

Members of the teacher council allege that Stoney pushed back on the group’s efforts to be a publicly constituted body, which means that members of the public would be entitled to attend the council’s meetings, and would require a public comment period. Nolan said members of the body were reluctant to meet the requirements of a public body, and even sometimes met in private without the mayor and his staff.

“The group wanted formal public recognition, but was unwilling to adhere to the protocols necessary to be a public body as defined by the city attorney,” Nolan said. “You can’t be a public body if you wish to meet in private.”

Nolan said applications would be open later this year, but no formal date has been set.

Brionna Nomi speaks at Richmond City Hall on Wednesday, June 7, 2017, as a member of Richmond Teachers for Social Justice.

Richmond Mayor Levar Stoney adresses a press conference after being sworn in for his second term at Henry L. Marsh III Elementary School in the east end of Richmond, VA Monday, Jan. 4, 2021.