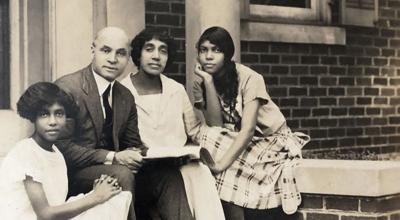 The Hughes family peers through time in a 1924 photograph, poised on the steps of their stately Jackson Ward residence at 508 St. James St. Dr. William Hughes — who piloted Richmond’s Black community through the 1918 global influenza pandemic, and was Maggie Walker’s longtime personal physician — sits self-assured, an open book in hand, his wife, Anne, nestled by his side and their daughters Grace and Helen flanking them.

The Hugheses — from their bold gazes and fine clothes, to their homeownership, down to the book that serves as a subtle nod to their education — are more than just a handsome family. They are the very picture of Jackson Ward’s defining characteristics: Black excellence, determined dignity, and style in spades.

By the time of the photograph, Richmond’s premier Black community, Jackson Ward, had formed itself into a nucleus of African American socioeconomic progress and promise.

The Reconstruction era had tested the entire South, especially Richmond, and although the formerly enslaved had seized freedom, they were left stranded by empty government promises of assistance and strangled by ever-tightening “Black Codes” — laws designed to tamp down Black people’s rights, personal agency and opportunities — and strategic effort to keep Black people second-class citizens. Despite this reality, Black Richmonders in Jackson Ward, such as  Hughes and his family, flourished in the first half of the 20th century, and lifted as they climbed.

“My grandfather was an activist,” Marita Rivero, a retired radio and television executive and former head of the African American History Museum in Boston, says  of  Hughes. “He was very invested in having his own profession, which was a profession of service. He was a man interested in the broader community, and weighing in on the main issue of the day, which was race.”

When he learned of the burgeoning Southern Negro Youth Congress — the forerunner of the Student Nonviolent Coordinating Committee, which galvanized social change during the Civil Rights era — Rivero says  Hughes contributed funds toward the group’s first convention, held in Richmond in February 1937 at Fifth Baptist Church. The group went on to assist Black tobacco factory workers in Richmond, who led a successful strike the same year, resulting in higher wages and improved working conditions.

Hughes was a member of several community groups, says Rivero, which all aimed to uplift African Americans in Jackson Ward and the Greater Richmond region. Such groups existed on twin premises of self-sufficiency and self-determination; they enthusiastically met the needs of Black people who were subject to a strictly segregated society whose lifeblood was systemic racism.

Many such groups existed in Jackson Ward at that time, including The Grand Fountain of the United Order of True Reformers, which was “the largest and most successful black business enterprise in the United States between 1881 and 1910,” according to Encyclopedia Virginia. Like other aid societies and groups, True Reformers offered many services to African Americans in Jackson Ward and beyond, including “a savings bank, a real estate company, a retirement home, and a youth and children’s division that taught discipline, thrift, and business skills.”

Hughes served as treasurer of the St. Luke Penny Savings Bank, the brainchild of serial entrepreneur and civil rights advocate Maggie L. Walker and one of five other Black-owned banks that opened in Richmond between 1888 and 1920.

These groups “were parallel social entities, because [Black people] were excluded from the social entities [within the] main social landscape,” says Rivero. Jackson Ward served as an incubator of this parallel society, and established a “strong, Black world that allowed Black people to educate their children, own homes, come out of Reconstruction-era poverty, and fight back against the racial terror and violence of their time.”

With these principles of race uplift in mind,  Hughes hired the first Black architect in Richmond, Charles Russell, whose designs radically transformed the built environment of Jackson Ward. Russell designed Hughes’ 508 St. James St. home, built in 1915. At the time, there was no hospital exclusively serving Black Richmonders;  Hughes planned for his home to be converted into a hospital after his death, and left instructions to that effect in his will, says Rivero.

After suffering a debilitating stroke years later,  Hughes moved to Vista, Md., where he lived with family until his death. In 1949, the home was converted into the Negro Training Center for the Blind, which the Virginia Housing Development Authority identifies as the only school for Black, blind Virginians. In 1970, the huge, foursquare-style home was converted into a Jackson Ward community center; by the next decade, it had fallen into disrepair.

That is how Rivero witnessed it when she toured Jackson Ward about 10 years ago, as a board member of the National Trust for Historic Preservation.

“It was in bad shape,” says Rivero, who was delighted to see her grandfather’s picture posted in the foyer of Walker’s home later during the same tour. The property was appraised at several hundreds of thousands of dollars, she says, and the family wasn’t in position to acquire it at the time.  So it sat vacant and marked by vandalism for the next handful of years, until Zarina Fazaldin walked in the door.

“I was approached by Historic Richmond in 2016 to go look at the building, to see if I’d be interested in acquiring it,” says Fazaldin, a preservationist and developer with an eye for real estate and a heart for Black history. Fazaldin says that although she was working to rehabilitate four other historic homes at the time, she “fell in love” with the home, and agreed to purchase it.

Using a combination of her own cash, Virginia Historic Tax Credits and other funding sources, Fazaldin began an extensive, top-to-bottom rehabilitation of the property in 2019, at a total cost of more than $1 million. To Fazaldin, who has lived in Richmond since the 1980s and called the Carver neighborhood home before moving into the Hughes mansion earlier this year, every penny has been worth it.

“It is essential that we take care of the homes in our African American communities,” says Fazaldin, who is of African and Indian ancestry.

“I started [preserving and rehabilitating homes] in Carver because that’s where my community was. Later, I moved to Woodland Heights and now, Jackson Ward. I like preserving, and I always give opportunities to the families to buy it back, if they want,” says Fazaldin, who has bought at least 32 homes in Richmond’s historic Black communities on the brink of demolition. “It is so important to preserve these homes, not only [because] they are so beautiful, but because we need to rebuild our own communities.”

As Fazaldin prepares to rehab more homes in Jackson Ward amid the community’s recent economic and social rebound, she offers an invitation to those whose roots lead back to Jackson Ward.

“I’m hoping more [local] African Americans will take interest in our own historic neighborhoods and try to preserve them. Please, if you can, come home.”

INTERACTIVE: Before & after photos of Jackson Ward landmarks including 508 St. James Street

The JXN Project: Contextualizing the origins of Jackson Ward 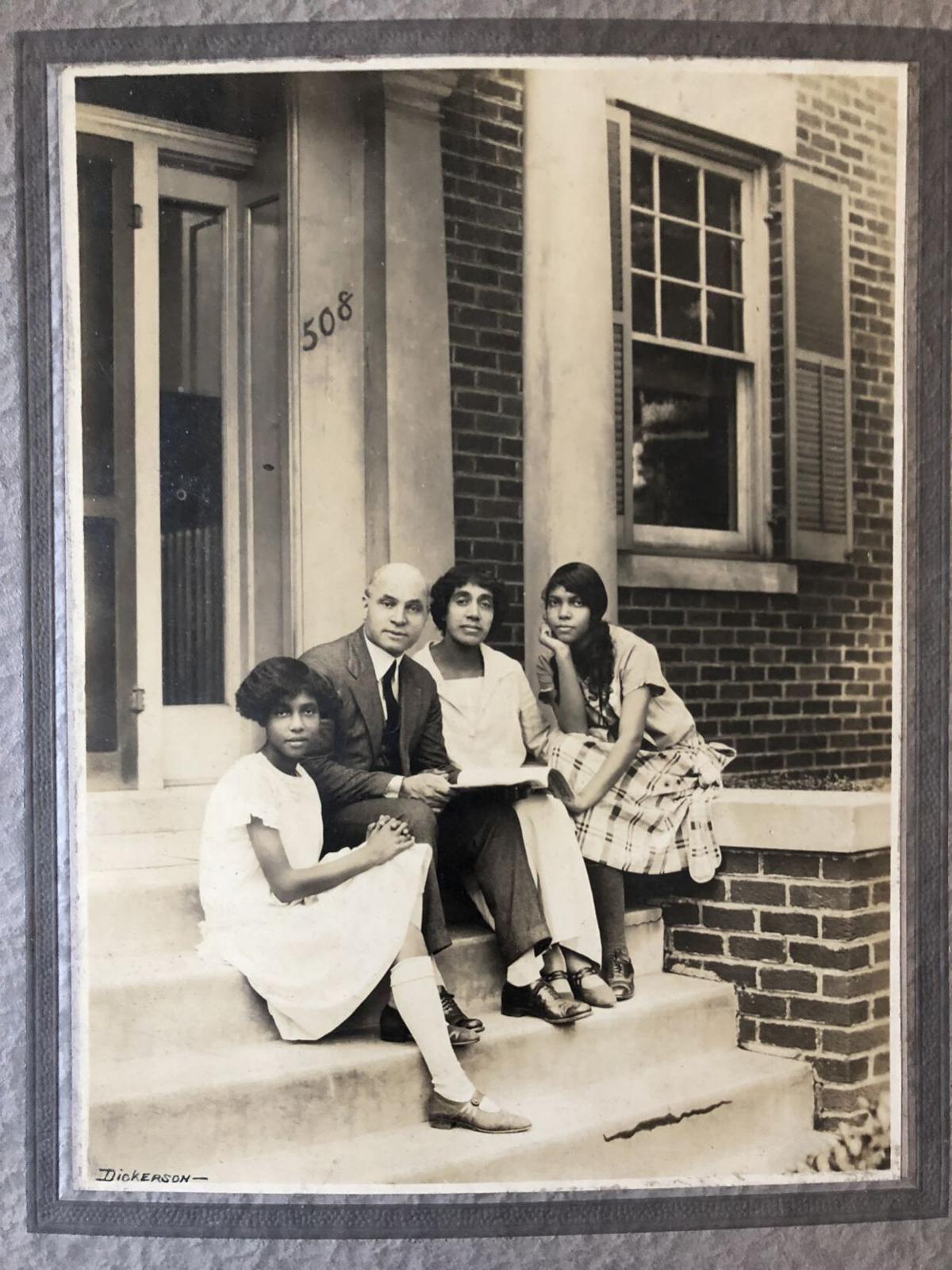 The Hughes family posed on the steps of their home on St. James Street in Jackson Ward, circa 1924. From left: youngest daughter Grace, father Dr. William Hughes, mother Anne, and other daughter Helen. 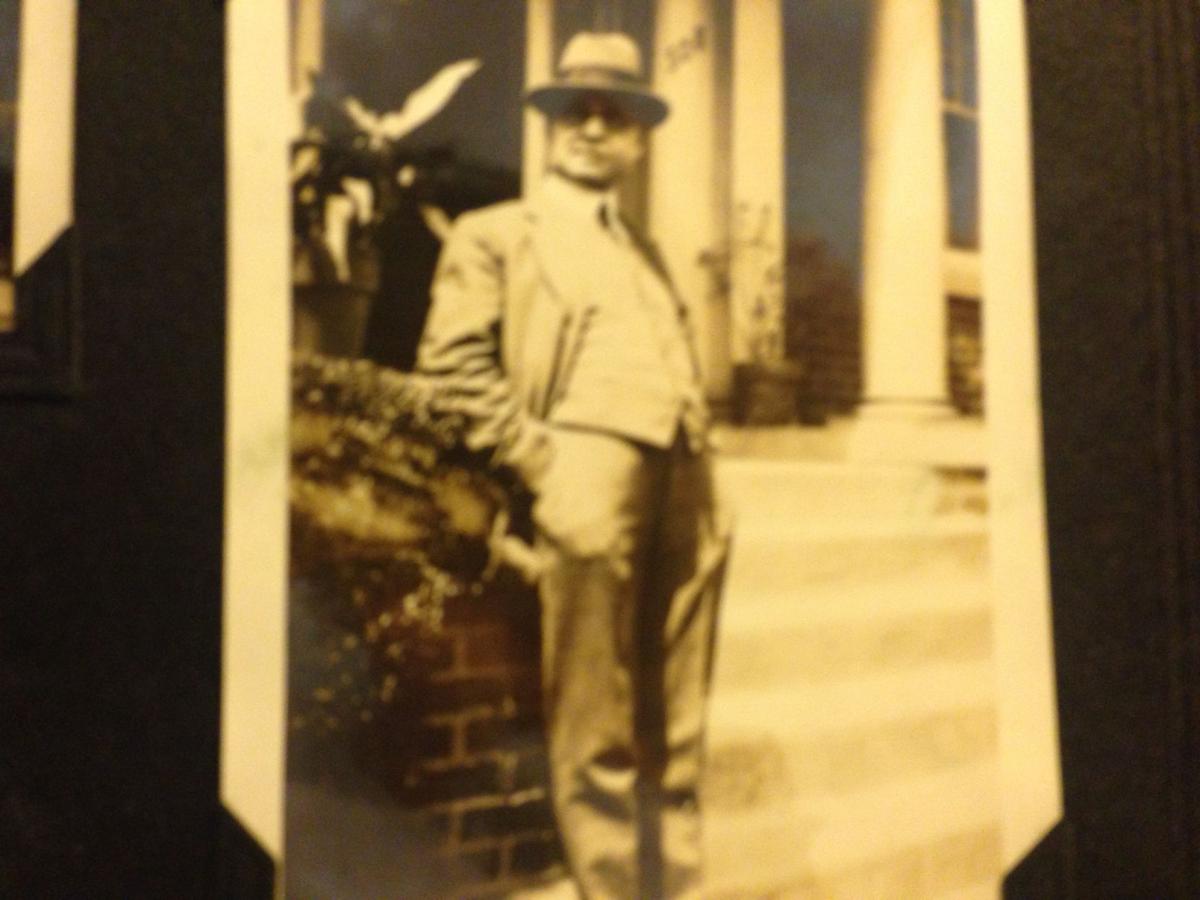 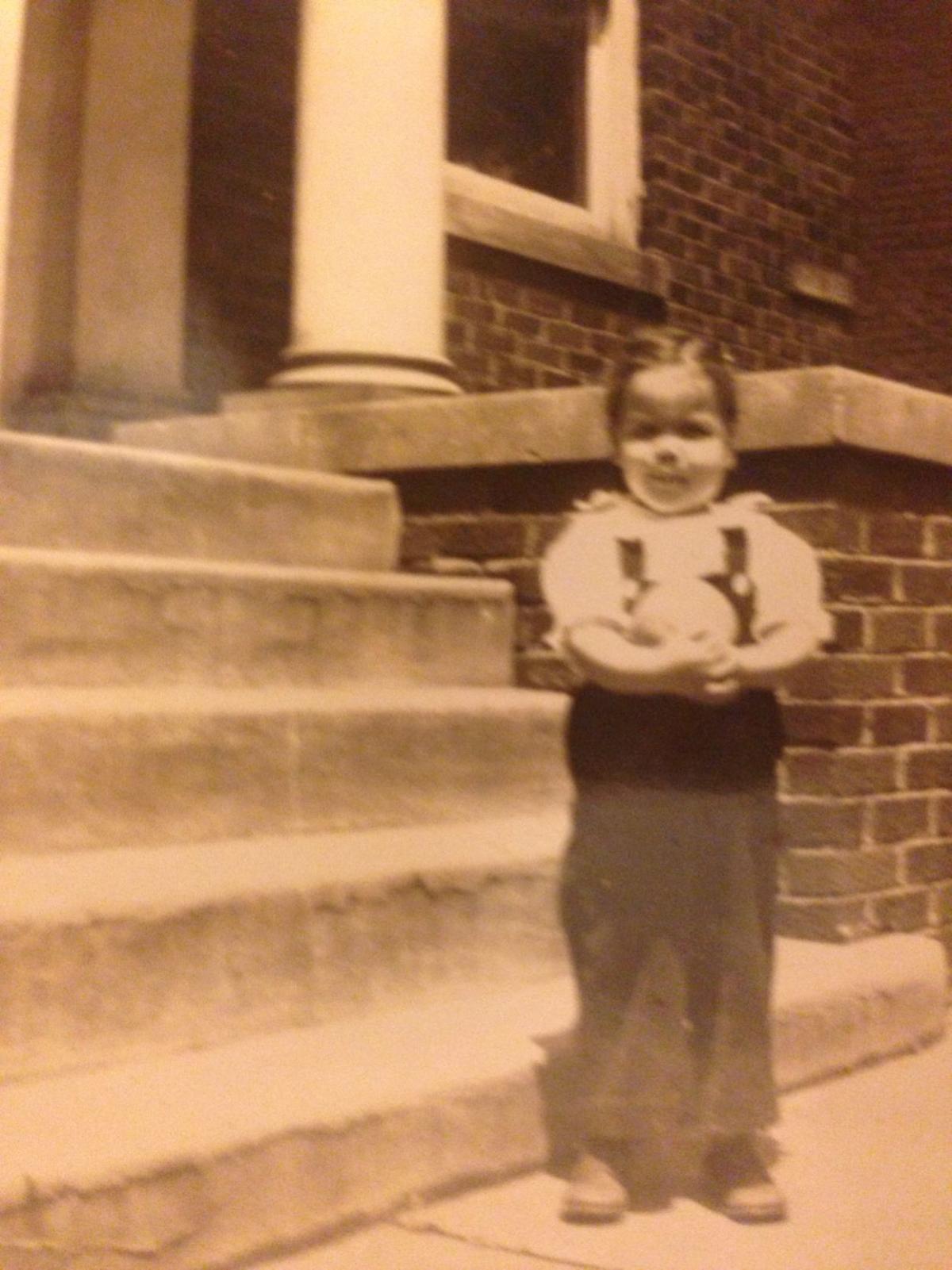 Marita Rivero as a toddler on the steps of her family’s home in Jackson Ward. 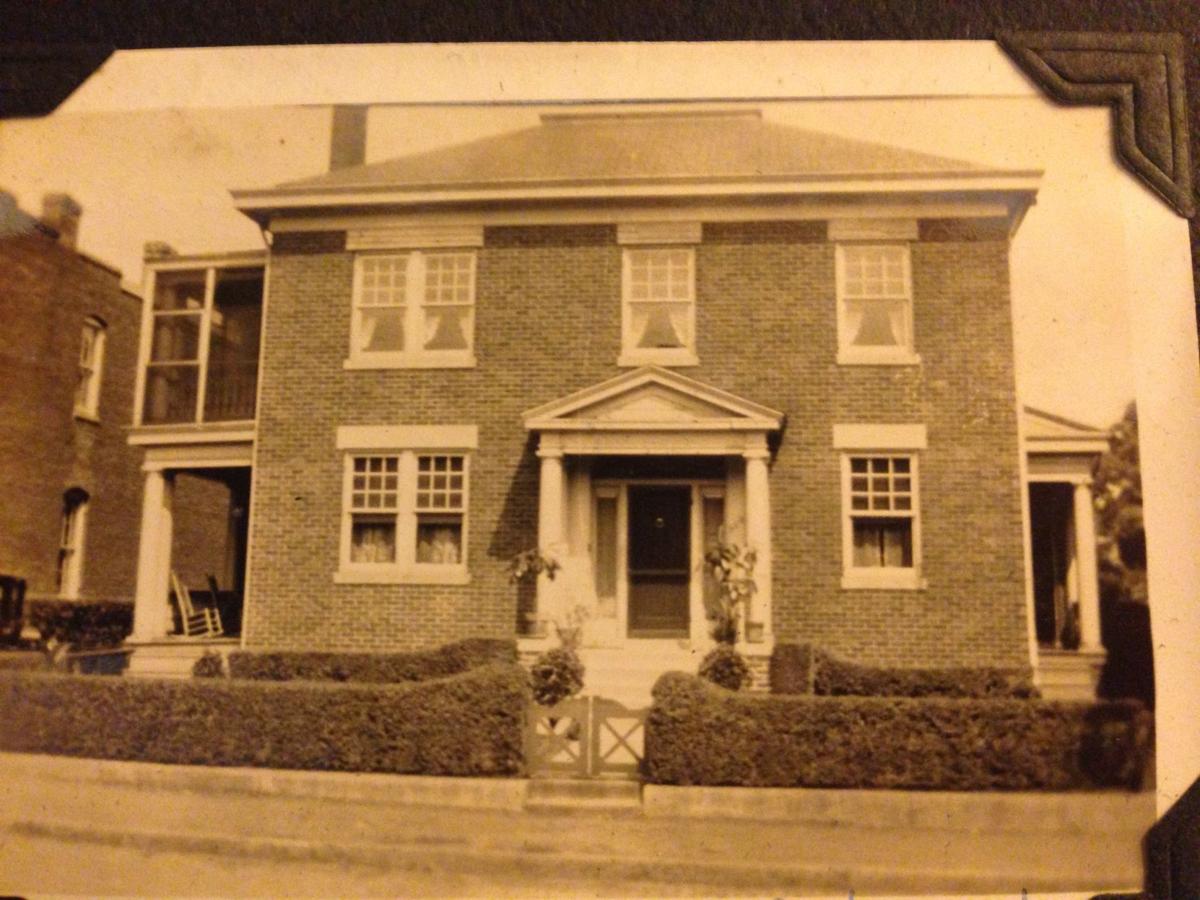 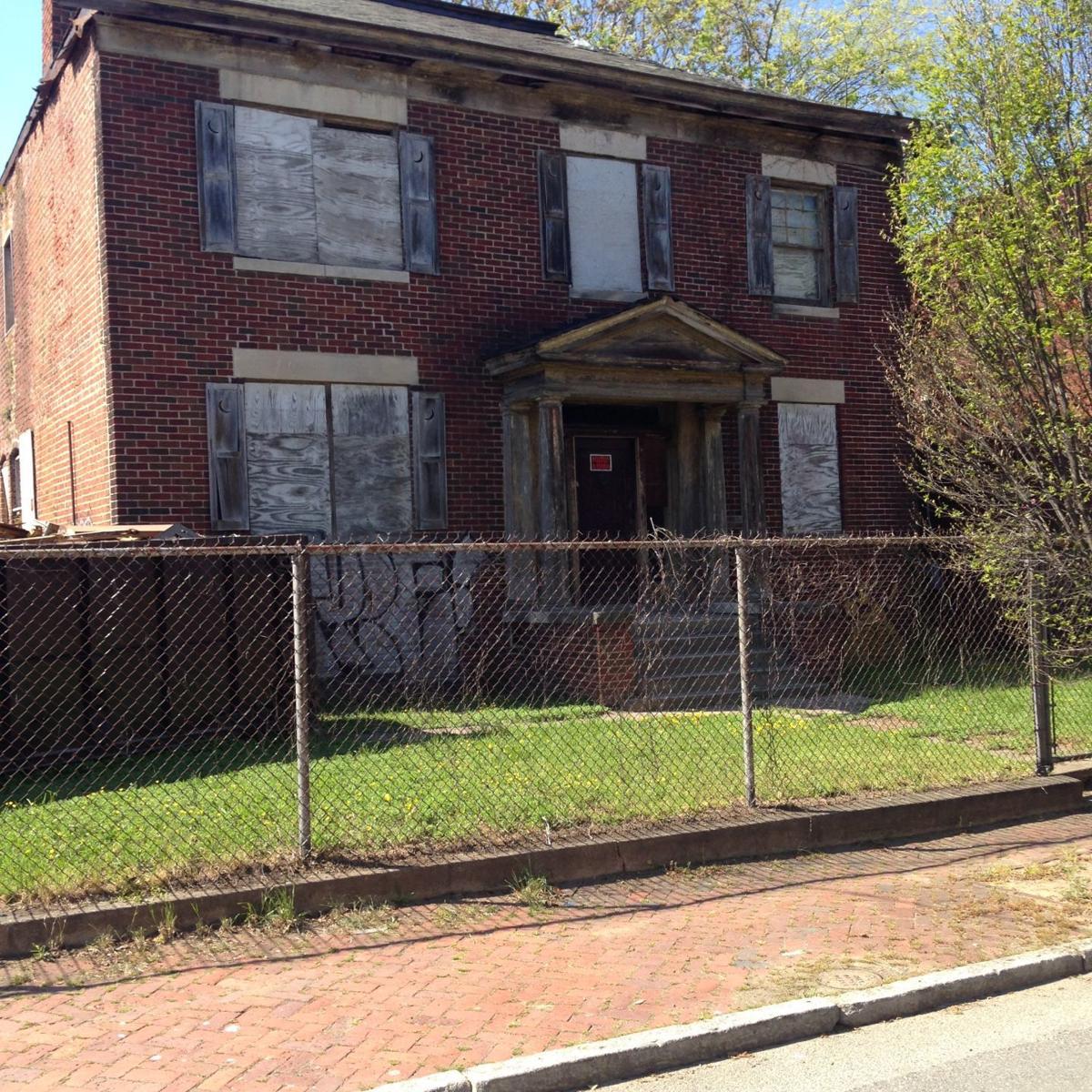 The Hughes family home prior to renovation. 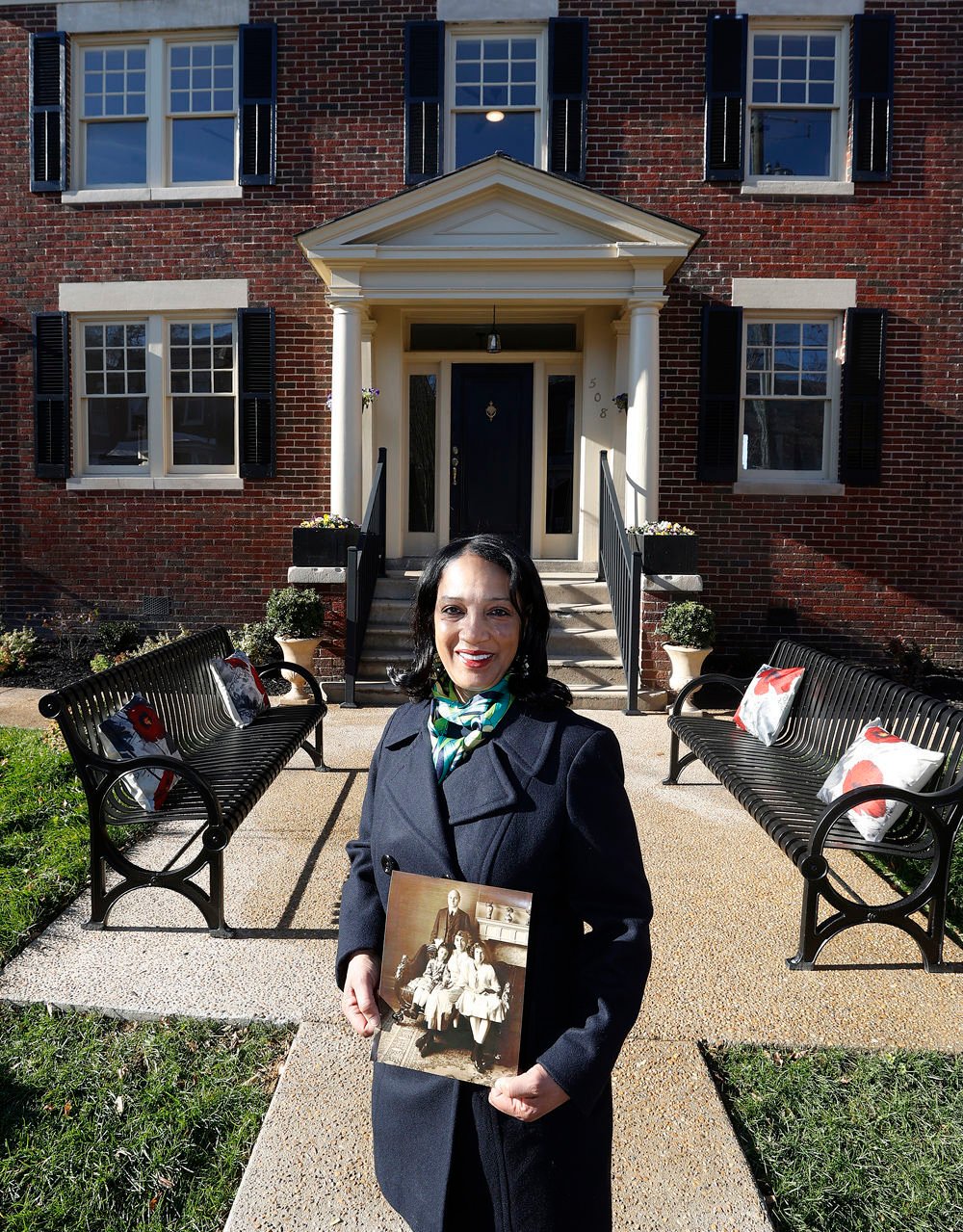