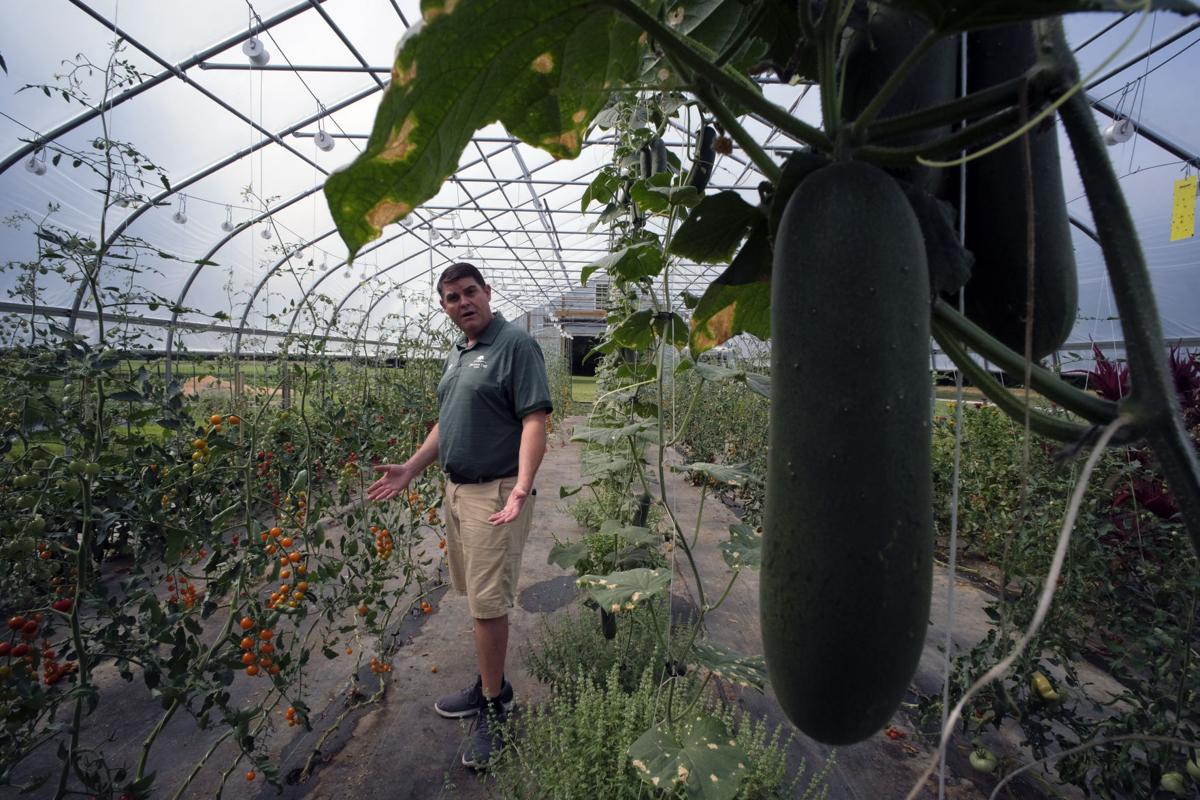 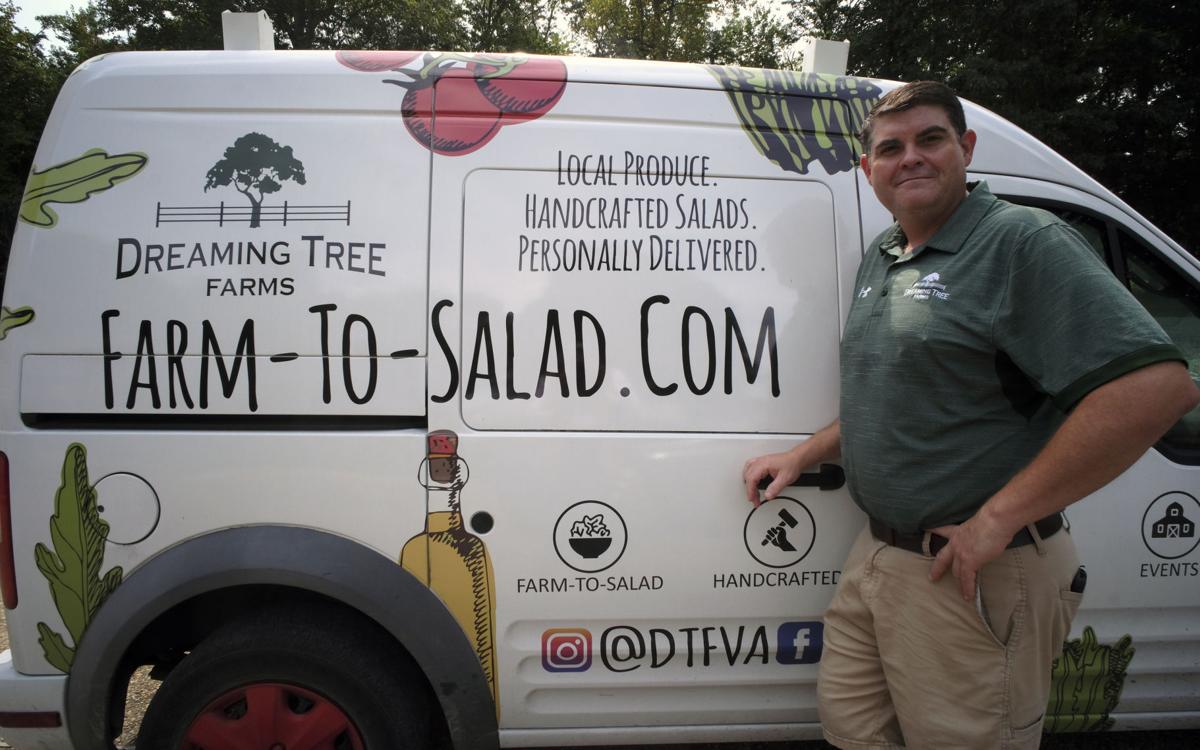 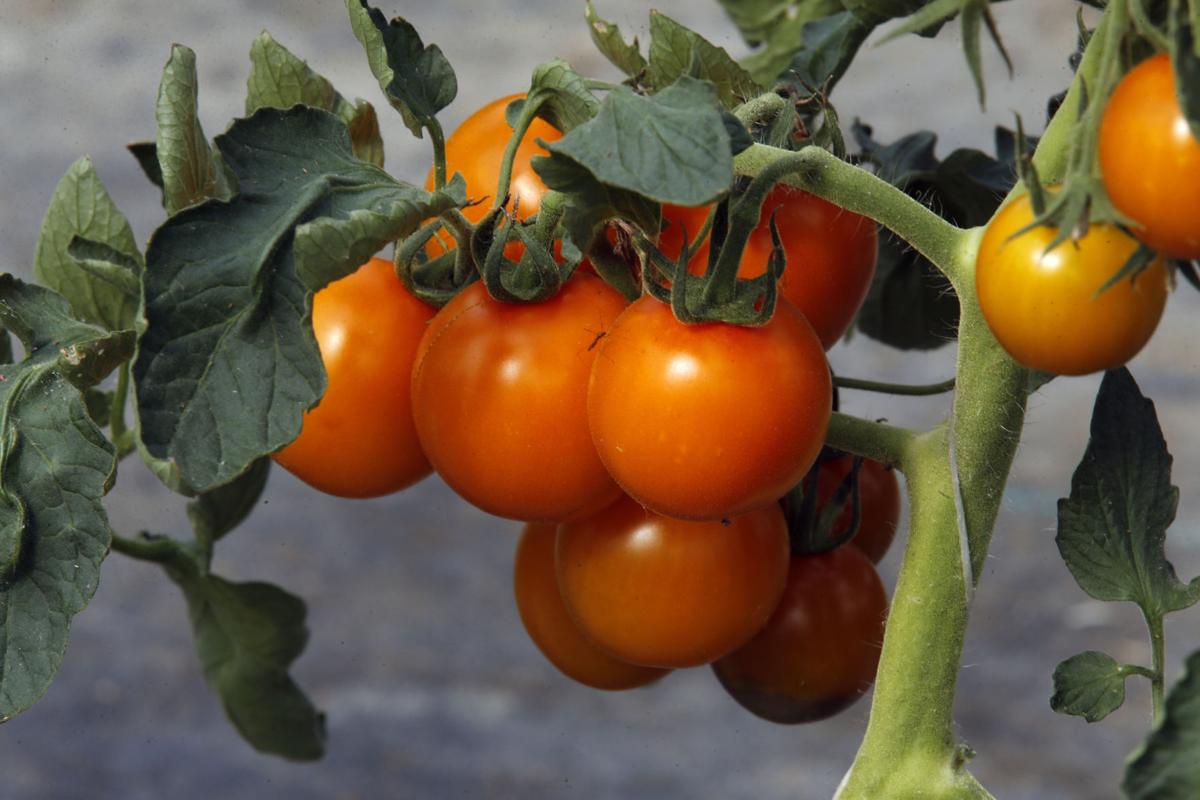 There’s a food fight, of sorts, going on in King William County, and it’s gotten a little messy.

A county farmer, Christopher C. Couch, doesn’t believe the salads he packages and delivers to customers around the Richmond area should be subject to the county’s meals tax; county officials believe otherwise.

Both sides have dug in their heels, believing they are in the right.

Beyond an unresolved dispute, thousands have been spent in legal fees in the yearlong battle and hard feelings have emerged. Couch has used his farm’s website and social media to wage a public battle against the county, and he conducted a failed write-in campaign in November to unseat the county’s commissioner of revenue, Sally W. Pearson, who is responsible for administering the tax.

Couch also felt Pearson and her staff were mocking him when they wore T-shirts bearing the images of salad ingredients to an office Halloween party last year; one shirt bore the image of a head of lettuce over the words “Romaine Calm.”

Pearson, who was one of Couch’s early subscribers to his salad service before canceling when he refused to pay the meals tax, says members of her staff were upset by Couch’s characterizations of them in the ongoing dispute and that the shirts were a lighthearted response to the situation.

“It wasn’t mean-spirited,” Pearson said. Nonetheless, the county administrator issued an official statement after the event saying the costumes were “inappropriate and unprofessional.”

After failing to resolve the issue, Couch appealed to the state tax commissioner, but he learned earlier this month that the appeal was denied because the state does not have jurisdiction to rule on cases involving local meals taxes.

Couch said he could take the case to circuit court — meaning more legal costs for him and King William taxpayers. He also hopes to work through the General Assembly to draft legislation to change state law that he says does not properly cover farm-to-consumer businesses such as his and also come up with ways to help people and small businesses address county-level issues through more effective administrative appeals instead of in a courtroom.

If he is wrong, the amount of tax Couch may owe the county is small — almost certainly less than $100, he says, because he sells relatively few salads in King William itself. No other jurisdictions where he delivers salads have asserted that he owes meals taxes there.

Mainly because, he said, “It’s not justified. My concern about agreeing to the tax is that in doing so I would be implying the tax is valid.

“I agree in paying legitimate taxes,” he said in an interview, “[but] why should I charge [customers] a tax that’s not justified?”

He added, “I just wonder how many farmers, small-business owners have fallen victim to these things in the past. That’s one of the reasons I’m standing up.”

The commonwealth allows localities the authority to impose taxes on prepared food and beverages, the so-called meals tax. King William voters approved a 4% meals tax in a 2008 referendum.

The rural county of about 17,000 residents, according to 2019 census estimates, collects meals taxes from about 40 businesses, Pearson said. The county expects to collect $420,000 for fiscal year 2020, she said, with the money earmarked for emergency services.

Over the years, Pearson said there have been occasional disputes with businesses over the meals tax.

“They didn’t think it applied to them, but we’ve been able to come to a mutual understanding ... the law does apply to them,” she said. “But Mr. Couch does not think it applies to him.”

Meals taxes often generate passionate opposition, particularly from members of the restaurant community who might feel unfairly targeted by the tax. Such was the case in the city of Richmond in 2018 when the meals tax was raised from 6% to 7.5% as a way to finance improvements in school facilities. City officials said at the time that the 1.5-point increase would mean $9.1 million in new revenue.

Occasionally, confusion and disputes arise over meal taxes. In Richmond, the city and Hardywood Park Craft Brewery went back and forth over a couple of years about meals taxes the city believed the brewery should have been collecting, while the brewery said it had been told it didn’t need to.

The backdrop to the case was the period of time when rules were shifting pertaining to the rapidly growing craft beer industry.

Eventually, the city agreed to a settlement that wiped out more than $61,000 the city had been trying to collect.

In Henrico County, where such revenue is dedicated to the operational and capital project needs of public schools, the meals tax is 4%, having been approved by voters in a 2013 referendum.

A Henrico official said how each county handles its meal tax is up to that county as state law is “broad and the local ordinances all have subtle differences.”

Couch, 46, spent more than 20 years in the corporate world, much of it as a management consultant, before making a career turn to farming. He moved to King William more than a decade ago to establish Dreaming Tree Farms, but it wasn’t until 2018 that he began partnering with local farms to develop his “farm-to-salad” subscription business.

He generally gathers seasonal produce from his partner farms or his own greenhouse, typically adds other ingredients including a grain, seeds or nuts, hard-boiled eggs, and fresh or dried fruit, and packages more than 300 salads in his commercial kitchen for once-a-week delivery to subscribers throughout the Richmond area.

Since the onset of the coronavirus pandemic, Couch says his business has tripled, though the meals tax issue has been “a huge distraction to a small-business owner trying to grow their business.”

Couch compares his operation to community-supported agriculture, in which consumers purchase local food directly from a farmer, typically buying “shares,” and receive produce each week through the farming season.

The salads vary from week to week, depending on what’s available, but generally are 15 to 17 ounces, which, he said, makes them larger than the “prepackaged single-serving salads consisting primarily of an assortment of vegetables” — and therefore exempt from the meals tax — cited both in the state tax code and King William meals tax guidelines.

County officials disagree, saying “single-serving” is not defined by ounces. Pearson said she believes the Dreaming Tree Farms’ salads “meet the description of ‘prepackaged single-serving salads’” in the tax code. She compared the salads to a pizza that is subject to the meals tax and might or might not be consumed by one person in a single sitting.

Couch counters with other points. He said he is not a restaurant — which county officials acknowledge — or a “mobile point of service” (such as a food truck) or the deli section of a grocery store, where prepackaged salads are subject to the meals tax.

He considers himself a “food manufacturer” under the jurisdiction of the Virginia Department of Agriculture and Consumer Services, and is held to Food and Drug Administration labeling standards.

However, he believes FDA guidelines that define a single serving of vegetable-based salad as 1 cup, or 3.5 ounces, should also be used in his case. Pearson said FDA guidelines do not come into play in the way the county administers the meals tax.

Pearson said Dreaming Tree Farms is indeed a “different model of business” than others that pay meals tax in the county, but she said the reasoning behind taxing his salads are no different than single-serving salads sold in grocery stores that are subject to the meals tax.

For his part, Couch says his salads are more comparable to the larger salad kits sold in the produce section of supermarkets that are not subject to the meals tax.

The sides remain at an impasse.

The county has spent $31,000 in legal fees in its battle with Couch — a figure county manager Bobbie H. Tassinari confirmed — while Couch said he has spent less than $2,000. He also has enlisted the help of the Farm-to-Consumer Legal Defense Fund, which has said Couch’s experience “is exactly why so many enterprising small farmers cannot get their businesses off the ground.”

Couch said he wants to avoid further legal costs and hopes to resolve the issue with the county outside court, but he also does not want to back down from what he believes to be his legitimate cause.

The county likewise has no plans to change its position.

“As commissioner of the revenue, my main concern is to be fair to everyone,” Pearson said. “I have to try to make sure there’s equity and that everybody pays their fair share of the tax.”

She did note, in regard to the meals taxes the county believes Couch owes, “We’re not talking about a lot of money.”

“I understand the point isn’t about the amount of money that Mr. Couch owes the county for meals tax, but you would think that it was a very large amount based on the extremes” he has gone to. 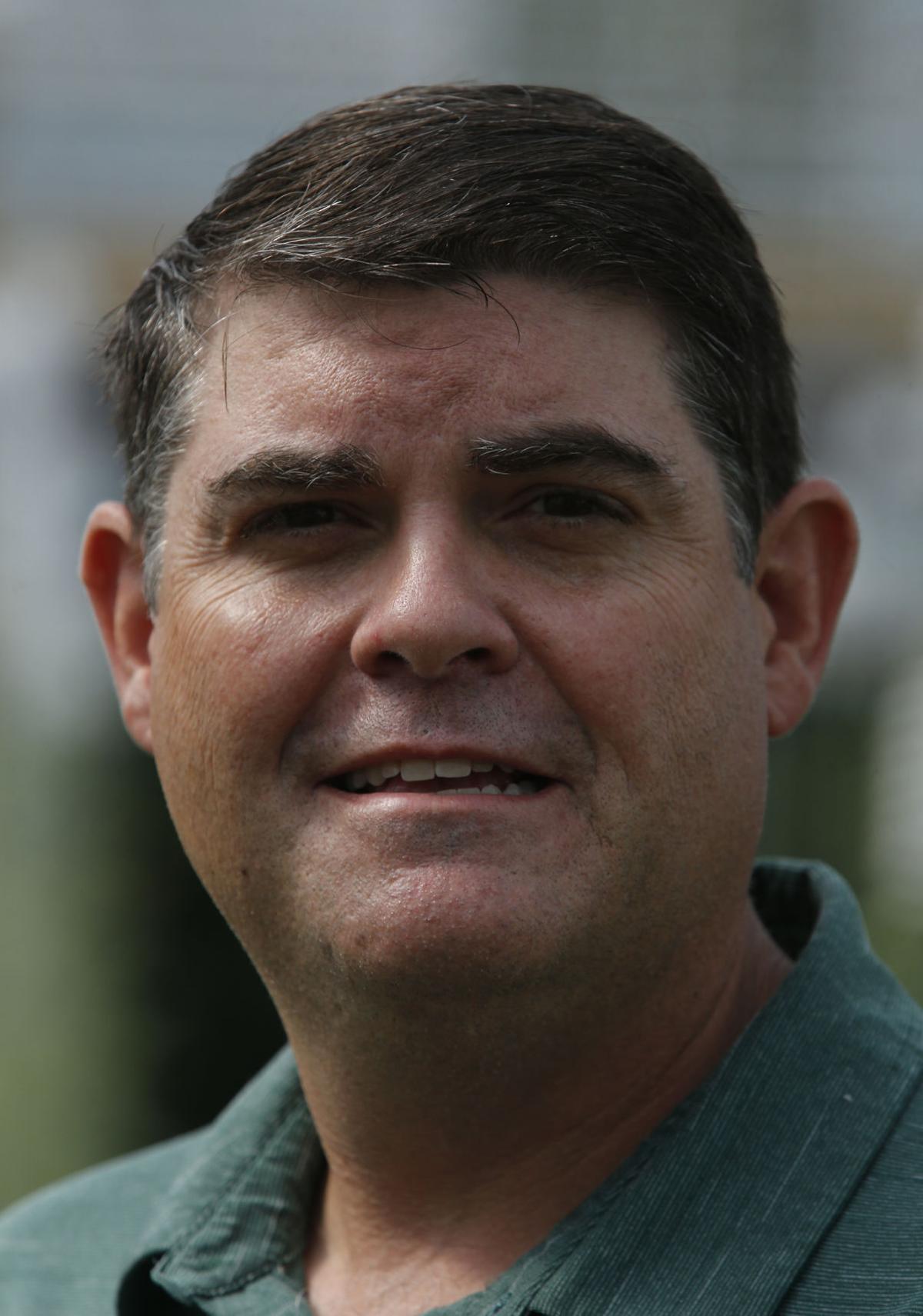 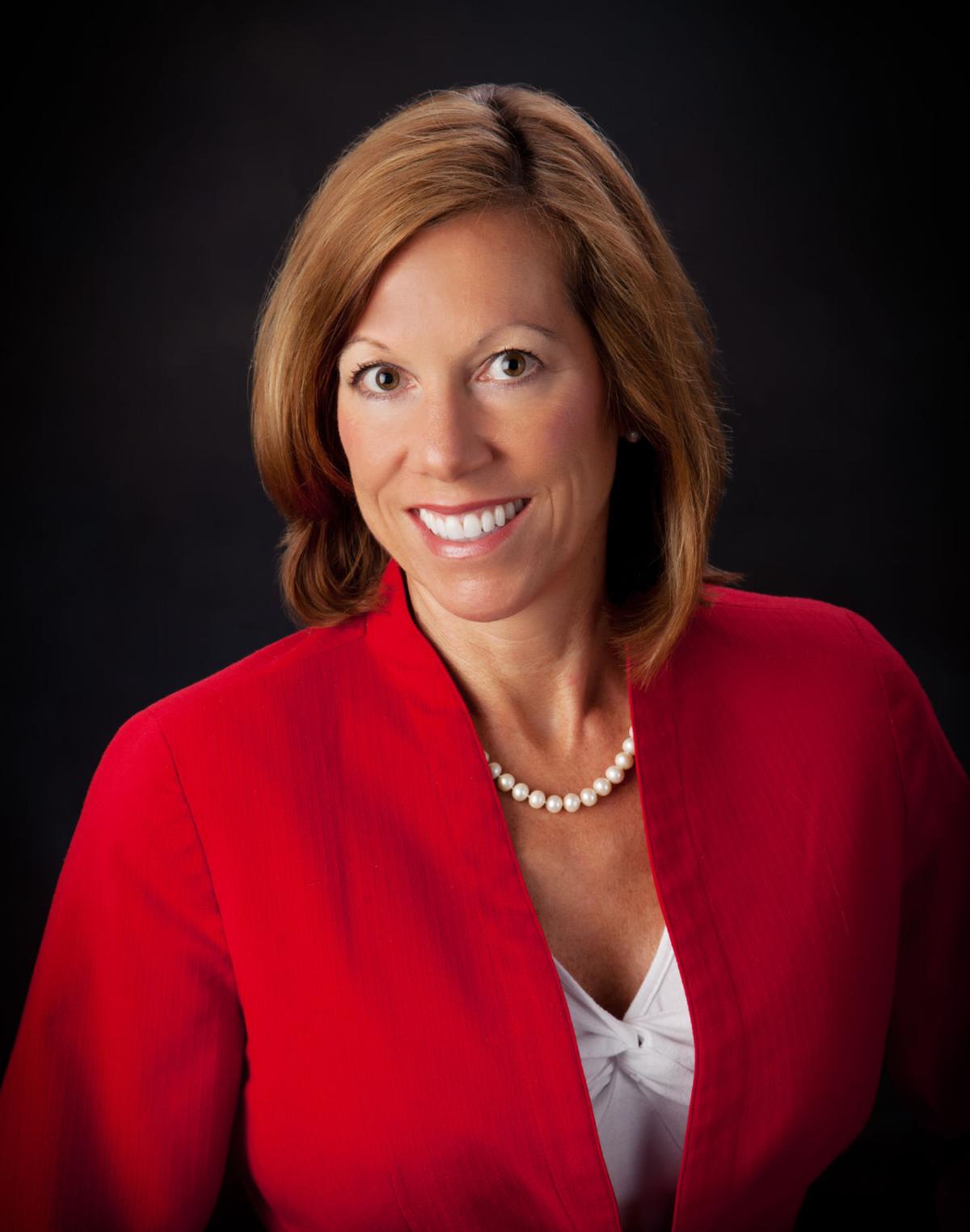