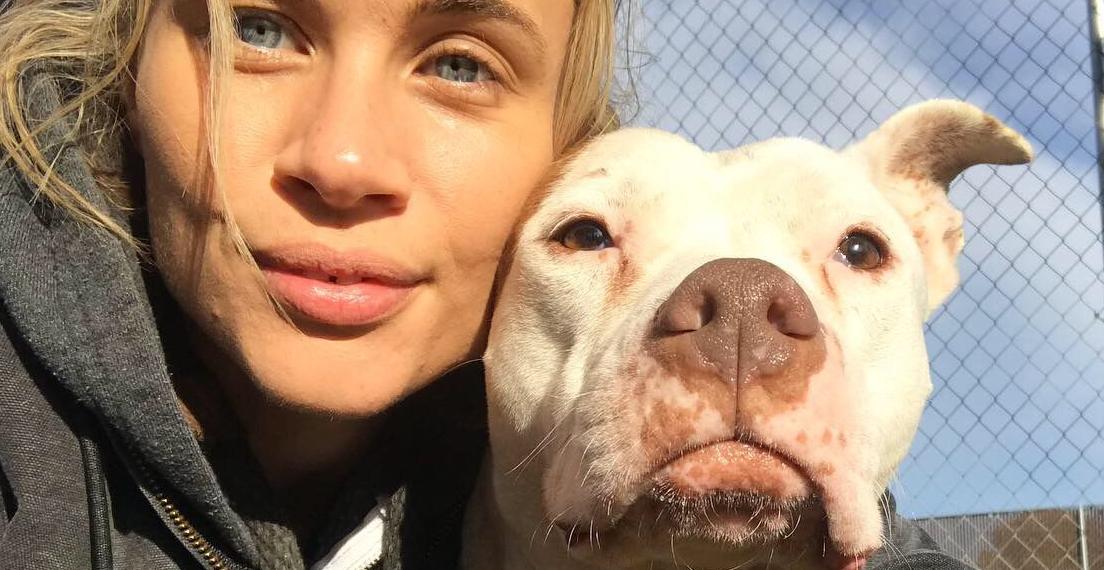 Kacie Wilkerson, a kennel tech and adoption counselor at Richmond Animal Care and Control, hugged Vera Wang, a beloved pit bull who died Thursday after being diagnosed with lymphoma. 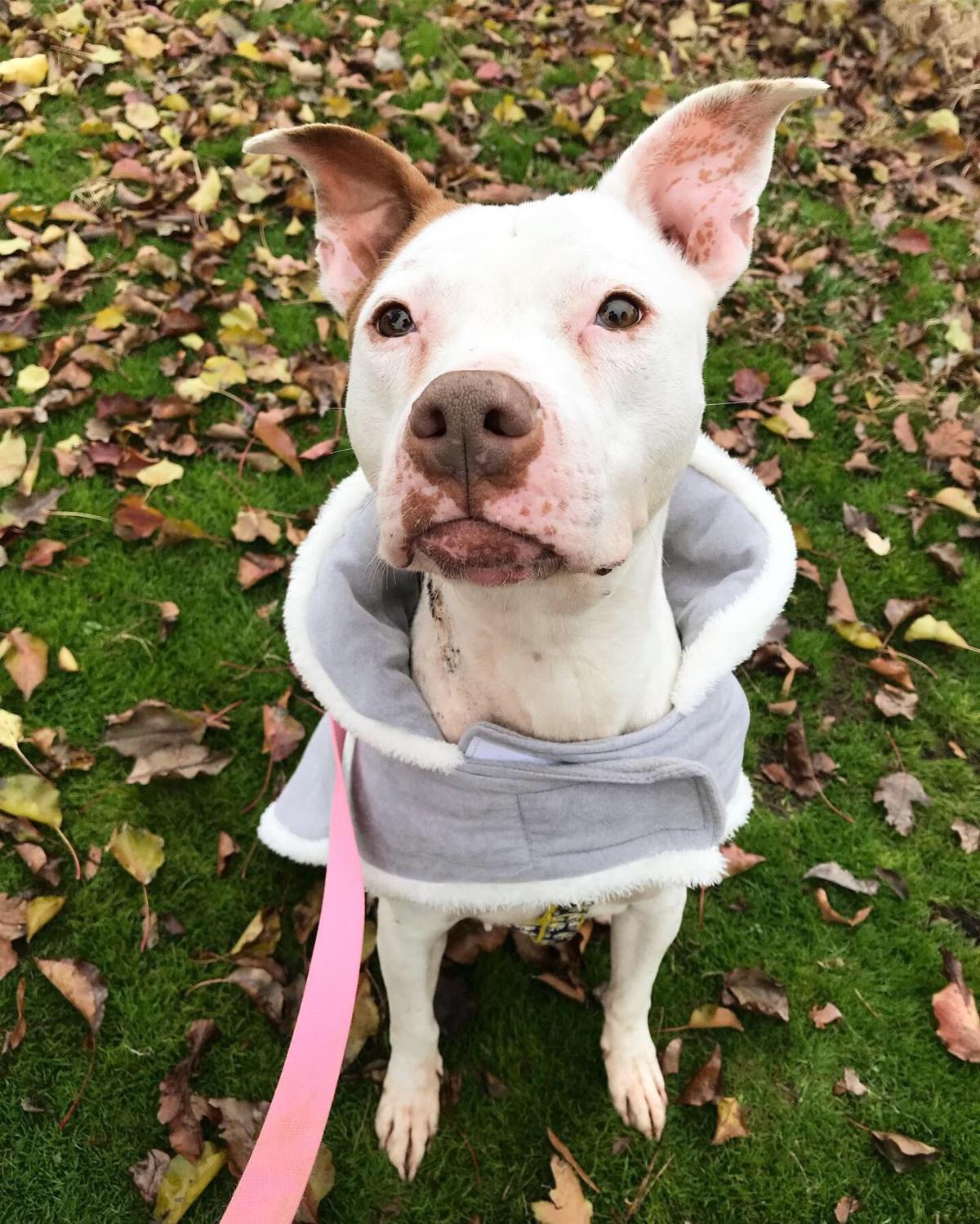 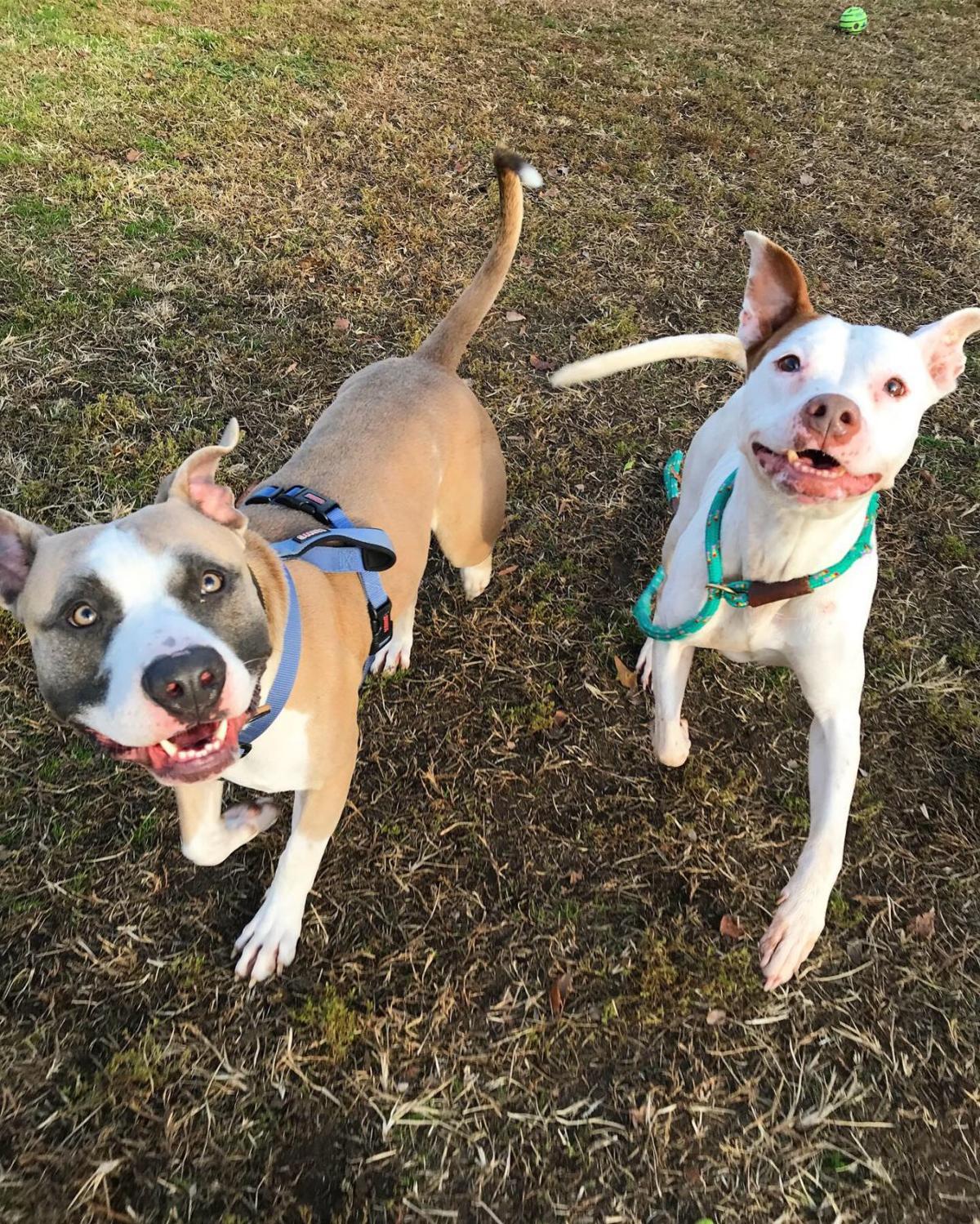 Christie Chipps Peters started writing the note in her head at 4:30 on Friday morning, but couldn’t decide whether to post it.

She’d gone to bed soul sick. Her team at Richmond Animal Care and Control was weary after a string of bad days that had ended in heartache.

A few hours later, just before she left home for her 5-year-old son’s school holiday performance, the director of Richmond’s animal welfare agency allowed herself to be honest: Sometimes, this work feels too hard. And it never stops.

The people of 1600 Chamberlayne Ave. embrace this reality and push through, cleaning kennels and wounds and tending to needs emotional and physical. They collectively haul and distribute more than 23,000 pounds of dog food alone each year.

But they are human, and the toll can be heavy.

Chipps Peters wanted her people to be seen.

“Our staff is tired and worn out and we’ve lost so many of the animals we love to illness and aggression this week our souls are a little beaten,” she posted to the agency’s Facebook page. “Can you send us a little love today? Help remind us how wonderful the world of animal welfare can be?”

A “little love”? No. Richmond-area animal lovers don’t do subtlety.

The notifications flew in from around the region and across the country. Then staff members started texting Chipps Peters pictures of food deliveries that began around 11 a.m. and just kept coming.

Food is love, and they needed it, said shelter manager Fallon Blankenship.

“For people to acknowledge the reality of what we do makes a big difference,” she said. “A lot of people don’t know what it’s like in here — the strength it requires — if you did this for a day I guarantee you, if you haven’t done it, you’d wake up feeling like you’d been hit by a truck.”

Then, there’s the hard part.

By the time Chipps Peters posted, RACC had lost about a dozen animals — including several staff favorites — in a 10-day stretch: to injuries, to cancer, to kidney failure, to behavioral problems ingrained in them by abusive former owners.

All had to be euthanized, a decision made collaboratively but that ultimately rests with her.

She typically performs the procedures herself.

A half-dozen animals had taken their final breaths within the calming blue walls of her office in recent days, a ritual reserved for animals especially beloved by RACC workers. They often take dogs through the McDonald’s drive-thru for a final meal of french fries and a cheeseburger; anything to bring dignity to the process.

Then they put on a smile and slip back into the crush of needs awaiting them in the lobby and kennels, where, under the best of circumstances, life goes on.

Male and female veterinarians committed suicide at rates 2 to 3.5 times the national average, respectively, between 1979 and 2015, according to the results of a Centers for Disease Control and Prevention study published in January.

“We will be back fighting the good fight in no time but we need a little break to breathe,” read the end of Chipps Peters’ post, followed by a single heart and the hashtag “weareyourcityshelter.”

The onslaught began with Domino’s, then 8½, then Jason’s Deli. A Cold Stone Creamery ice cream cake from Rooted Hair Co. salon followed. There were bags of oranges, containers of Moose Munch, a neck massager and many, many words of kindness, all of which made a difference, Blankenship said.

Her favorite? A woman who walked into the front door with a cinnamon crumb coffee cake and then slammed an extra cup of powdered sugar down beside it.

“She said, ‘Here, you need an extra boost,’” Blankenship said, laughing. “It was incredible.”

By Saturday morning, the comments and photos of animals adopted from RACC and other shelters posted to the Facebook page numbered more than 1,500.

There were pictures of cats, rabbits and horses; bright-eyed dogs smiling years after — their owners said — they wouldn’t have made it without RACC’s help.

Among them was Cappy, a happy, elderly Jack Russell-poodle mix who’d needed 12 teeth pulled and treatment for wounds he likely suffered chewing on the chain link fence that contained him before his rescue, said Julie Wilson, an IT project manager for the state who fostered several dogs before ultimately adopting Cappy from RACC.

She posted about him to the thread Friday, and checked back throughout the day as the messages kept coming.

“I know the work is heart-wrenching half the time,” Wilson said in an interview. “You just sort of hope you meet the stuff that makes a hole in your heart, that just digs at you and digs at you; you just hope the good levels out in the end.”

On Friday, it did, as the pictures of cats and dogs kept coming, in flower crowns and hats, on beds and in laundry hampers, living their second and third chances with humans quick to ask “Who rescued whom?”

“Look at this,” Chipps Peters said in disbelief, surveying the donated food covering a table in a side room as a long day of meetings drew to a close.

She pulled her long hair into a ponytail, bit into a towering cupcake from Pearl’s Bake Shoppe and exhaled.

It wasn’t just the number of animals euthanized that had landed like a gut punch last week (280 so far this year, down from 326 in 2018) — it was Vera Wang, a pit bull named for a fashion designer.

“We spend hundreds of thousands of dollars every year saving lives,” Chipps Peters said. “It’s the ones that no matter what, you can’t help, that break my heart.”

Many are put down for being too aggressive; some have medical problems that can’t be solved. Vera was one of those.

She tipped Chipps Peters and Kacie Wilkerson, a kennel tech and adoption counselor, over the edge on Thursday.

The bat-eared, kind-eyed dog had come to the shelter Nov. 5 lean, dirty and scarred, but thrived under Wilkerson’s care.

That’s how you know they’ve had it rough, she said. A dog that’s happy in a shelter is coming from something far worse.

Vera was found in a South Side yard, chained up and cast aside with no water, next to a can of food that had been ripped open with a knife. Her mouth was cut and her leash so tangled on a lawn mower that she couldn’t lie down.

At RACC she came back to life, befriending the other dogs and stealing hearts in her signature faux-fur lined jacket. Wilkerson kept it.

Her eyes well up when she recalls finding Vera sick.

“I’m thankful we didn’t know sooner,” Wilkerson said of the lymphoma doctors later diagnosed. “Because we got to show her what it is to be loved.”

Vera died in Wilkerson’s arms Thursday at an emergency veterinary office in Carytown. Chipps Peters had called to make sure she could make it, as staff members do when an animal is special to someone. If the shelter can wait a day to ensure that person is present, they will.

Wilkerson often sends the animals off with a love song. For one beloved dog, she played Turnover’s “Dizzy on the Comedown.”

“Every time I listen to that song now, I cry.”

The tears might keep coming, but so will the love.

Will we be able to harness energy from lightning someday?

Kacie Wilkerson, a kennel tech and adoption counselor at Richmond Animal Care and Control, hugged Vera Wang, a beloved pit bull who died Thursday after being diagnosed with lymphoma.