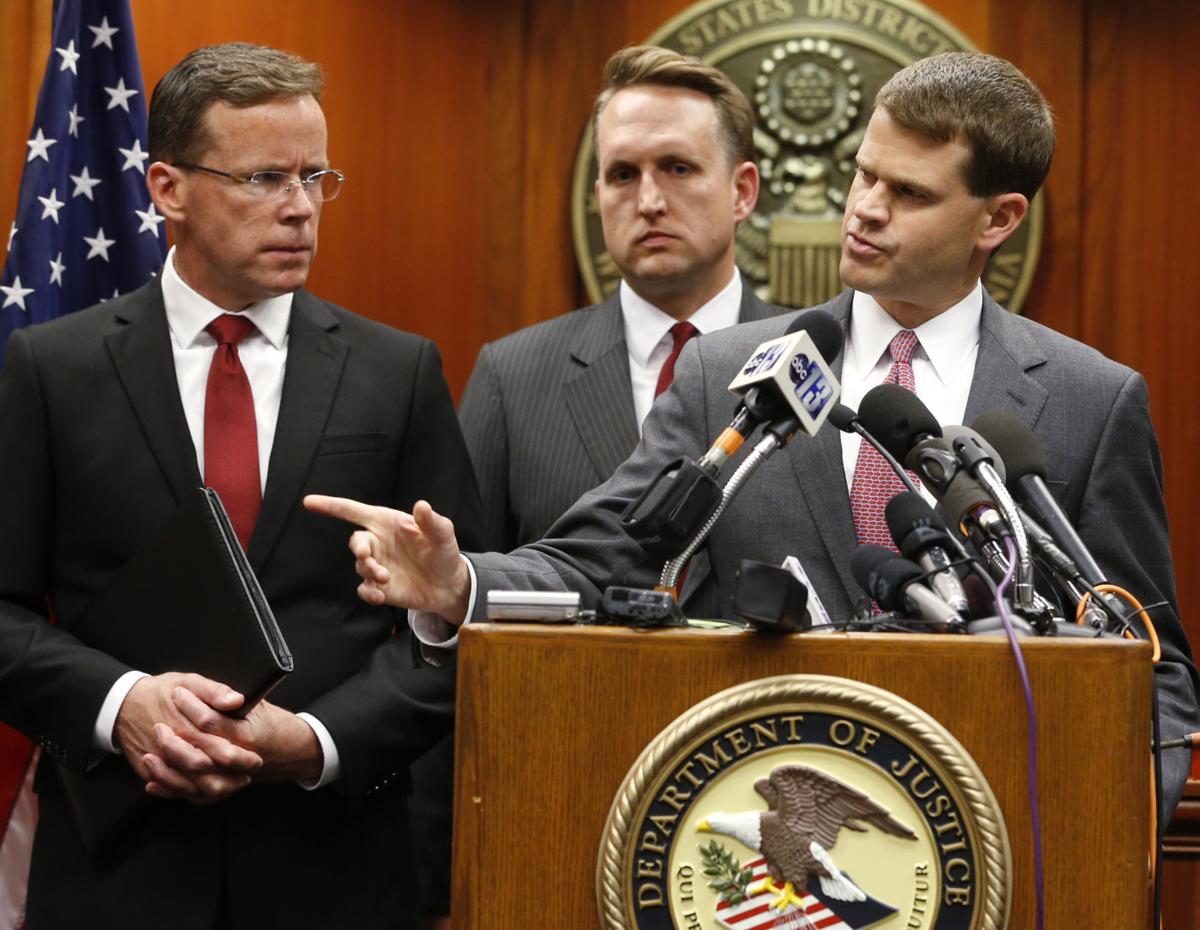 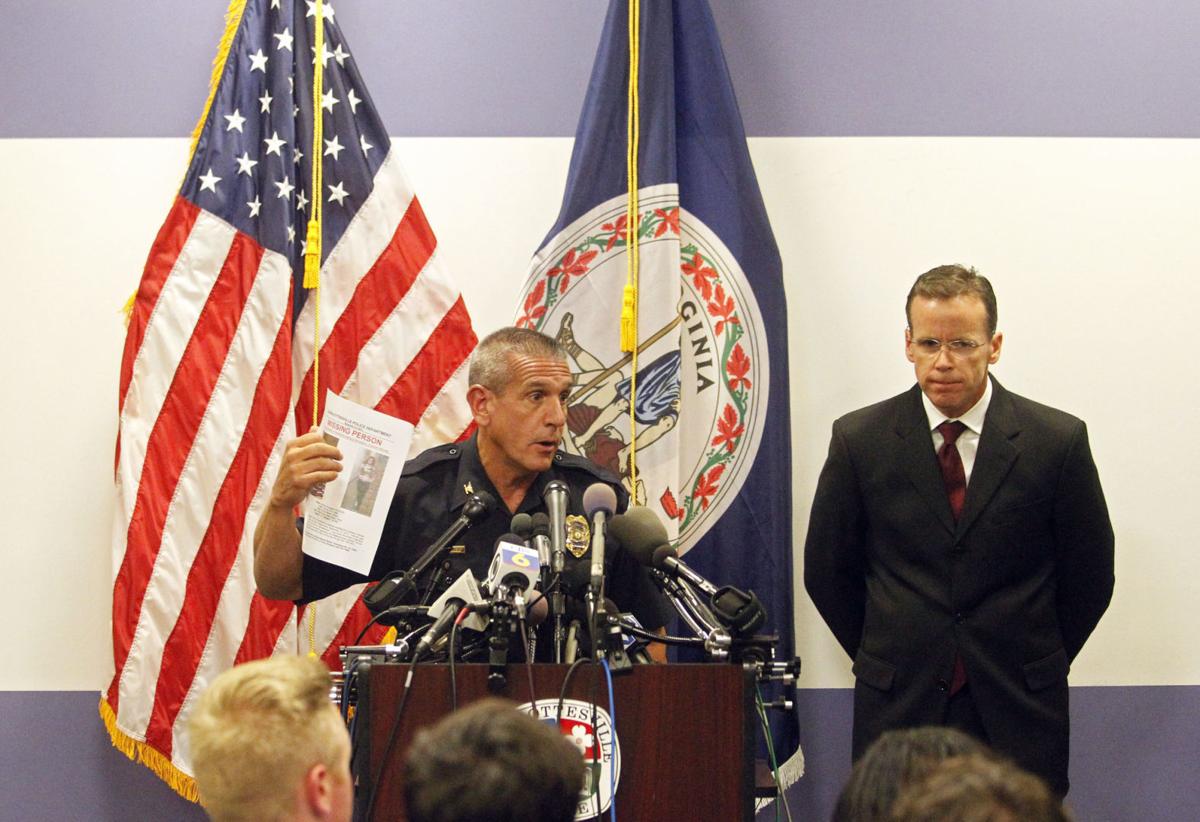 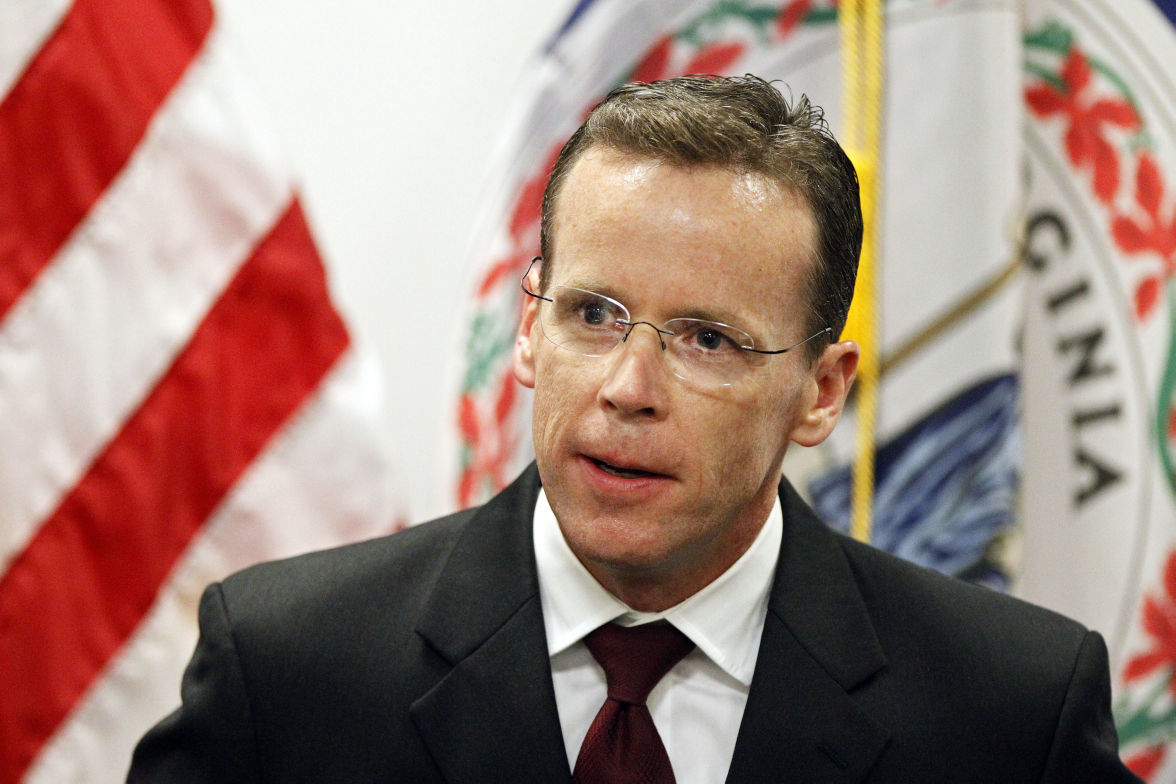 FBI special agent Adam Lee announces that Jesse Leroy Matthew Jr. has been arrested in Galveston, Texas after being charged with abduction with intent to defile in the case of Hannah Elizabeth Graham, 18, the second-year University of Virginia student who went missing Sept. 13. Photo / Ryan M. Kelly / The Daily Progress

The special agent in charge of the FBI’s Richmond division, who led the agency’s public corruption investigation into former Gov. Bob McDonnell and was on the short list last year to direct the FBI, is joining Dominion Energy as a vice president and chief security officer.

Adam S. Lee, 50, a California native, on Tuesday announced his retirement after 22 years with the bureau and nearly five years in the top post in Richmond. He will join Dominion on Dec. 1.

He was one of two “insiders,” or agents already within the bureau, whom President Donald Trump considered to replace ex-FBI Director James Comey, whom Trump fired last year and who had selected Lee for the Richmond position in January 2014. Ultimately, that job went to Christopher A. Wray.

Lee said the political drama that has unfolded in Washington “has been a huge distraction” for the agency, and he’s confident the new director has gotten the bureau back to focusing on its mission. But he said he worried that the rhetoric and sharp critiques from outside the agency have damaged its reputation among the public.

“I do worry that folks who sit on our juries, who don’t know us the way our partners know us, who don’t know us the way judges and prosecutors know us, I worry that they are drawing conclusions that don’t reflect the reality in the field,” he said. “I’ve served under four presidents, four directors, countless attorneys general, and I’m not going to compromise my integrity for any of them. That is sort of the hallmark of the FBI, being politically agnostic.”

Lee called the selection process when the president and then-Attorney General Jeff Sessions were considering him to lead the agency “substantive, respectful, calm and very professional,” despite news reports at the time of it being chaotic.

In his role for Dominion, Lee will be responsible for physical and cyber security across the energy giant’s footprint covering 6 million customers in 19 states. He will direct the development and implementation of corporate security policies and procedures to protect physical and cyber assets, and comply with laws and regulations, including those dealing with privacy, according to a news release from Dominion.

“Adam Lee brings unparalleled experience to Dominion Energy as we work to harden our physical and cyber assets and protect them from potential bad actors,” Thomas F. Farrell II, the company’s chairman, president and chief executive officer, said in the release. “He is well-respected in law enforcement both around Virginia and our nation, and I expect him to do a tremendous job at our company, just as he has done for more than 20 years in the FBI.”

The company recruited Lee after working with him on the Central Virginia Domestic Security Alliance Council, composed of selected Fortune 500 companies in Virginia including Dominion. The council helps prevent, detect and investigate insider or cyber intrusion threats affecting businesses.

During a wide-ranging interview Monday, Lee reflected on his career with the FBI and in Richmond.

Lee said he believed his handling of the McDonnell investigation was part of the reason Comey brought him to Richmond from Washington, D.C. In September 2014, McDonnell and former first lady Maureen G. McDonnell were convicted of participating in a scheme to violate federal public corruption laws by using their official positions to enrich themselves and family members.

“Those are the kinds of cases where there’s no joy, there’s no victory lap,” Lee said Monday. “It’s simply an exercise in professional leadership.”

In 2016, the U.S. Supreme Court vacated Bob McDonnell’s convictions, and federal prosecutors declined to retry the former governor or the former first lady.

Early in his tenure here, Lee oversaw a restructuring of the Richmond division, “attuning this office to the values and priorities of the larger FBI ... trying to really turn up the volume in some of the highest-priority areas of the FBI, which are counterterrorism, counterintelligence and cyber,” he said.

The Richmond division has six field offices — in Bristol, Charlottesville, Fredericksburg, Lynchburg, Roanoke and Winchester — and covers 82 of Virginia’s 95 counties, virtually the entire state except for those areas covered by the Norfolk and Washington offices.

During Lee’s time as special agent in charge, the division handled several high-profile counterterrorism cases, including one against Heather Elizabeth Coffman, a 30-year-old Glen Allen woman and Islamic State group supporter. Lee called her a “radical female jihadist” who was active in recruiting other sympathizers. In 2015, she was sentenced to four years in prison for lying to the FBI about her support of the extremist group.

In another case, a Richmond man named Casey Charles Spain became radicalized while in the custody of the Virginia Department of Corrections. He swore a pledge of loyalty to the leader of ISIS, was caught in possession of a firearm weeks after his release from a Virginia prison last year, and was sentenced this year to 10 years in prison.

The bureau also assisted in several high-profile missing persons and murder cases, including that of Hannah Graham, the 18-year-old University of Virginia student who disappeared Sept. 13, 2014. The bureau eventually connected Graham’s killing to Jesse L. Matthew Jr., who pleaded guilty in 2016 to her death and that of Virginia Tech student Morgan Harrington, who disappeared in 2009.

Its agents also helped investigate the stabbing death of Blacksburg middle schooler Nicole Lovell. Detectives sifted through Lovell’s social media accounts and found her last connection to social media was at 12:39 a.m. Jan. 27, 2016, the day she died. The communication was linked to Virginia Tech freshman David Eisenhauer, who is serving 50 years in prison for stabbing Lovell to death and concealing her body with the help of co-defendant Natalie Marie Keepers.

“Our counterterrorism and our violent crime squad are our busiest 24/7 squads,” Lee said. “They’ve enjoyed a streak of successes. ... In the last nearly five years that I’ve been here, I’ve observed an aggressive focus on mission that has really resulted in, for me, a very clear and tangible result of keeping the people of Virginia safe.”

But Lee said that credit shouldn’t just go to the FBI. It also should go to the local law enforcement departments that work closely beside the FBI to investigate these crimes, he said. He spoke highly of the police departments in Richmond; Ashland; and Henrico, Chesterfield and Hanover counties, all of which he said were “woven into the fabric of this office” through several task forces that pull officers from those departments, as well as from the Virginia State Police, which he called the FBI’s “biggest and most significant partner.”

“Success for me is measured by how well I work with my local agency partners,” Lee said. “In terms of our enforcement mission, everything that we’ve achieved, Virginia State Police should be feeling that success with us.”

“He has been an invaluable colleague and resource for the Virginia State Police on numerous high-profile, complex investigations involving our field offices around the state,” Settle said in an emailed statement. “The commonwealth and safety of its citizens have benefited greatly from Adam’s engaging leadership and pursuit of justice. Dominion Energy is fortunate to have such an accountable professional leading their security efforts.”

Lee will still likely work with these departments and others in Dominion’s footprint as head of security for the company.

“Upon assuming command of the Richmond Police Department, he was one of the first people I met,” Durham said. “There has not been a time that I haven’t been able to pick up the phone and call Adam Lee that he wasn’t responsive to our needs.”

Lee is a lawyer licensed in California. Before joining the bureau in 1996, he served as a fellow in the California Senate.

From 1996 until 2005, he primarily investigated public corruption and white-collar crime in the FBI’s San Diego division and served for seven years on the division’s SWAT team. He joined the FBI cyber division’s executive staff in 2005.

From 2009 through 2012, he was the assistant special agent in charge of the Washington field office’s operational HUMINT program, where he led operations involving national security.

Nearing the end of Monday’s hourlong interview, Lee recalled an investigation just after the 9/11 attacks that set the tone for his career. He and another agent questioned the leader of a Muslim center in San Diego who unwittingly aided two of the hijackers who had taken flight lessons just behind the San Diego field office where Lee worked, he said.

“It opened my eyes to the vulnerability of our nation,” Lee said. “That has really focused and driven me throughout my career.”

FBI special agent Adam Lee announces that Jesse Leroy Matthew Jr. has been arrested in Galveston, Texas after being charged with abduction with intent to defile in the case of Hannah Elizabeth Graham, 18, the second-year University of Virginia student who went missing Sept. 13. Photo / Ryan M. Kelly / The Daily Progress 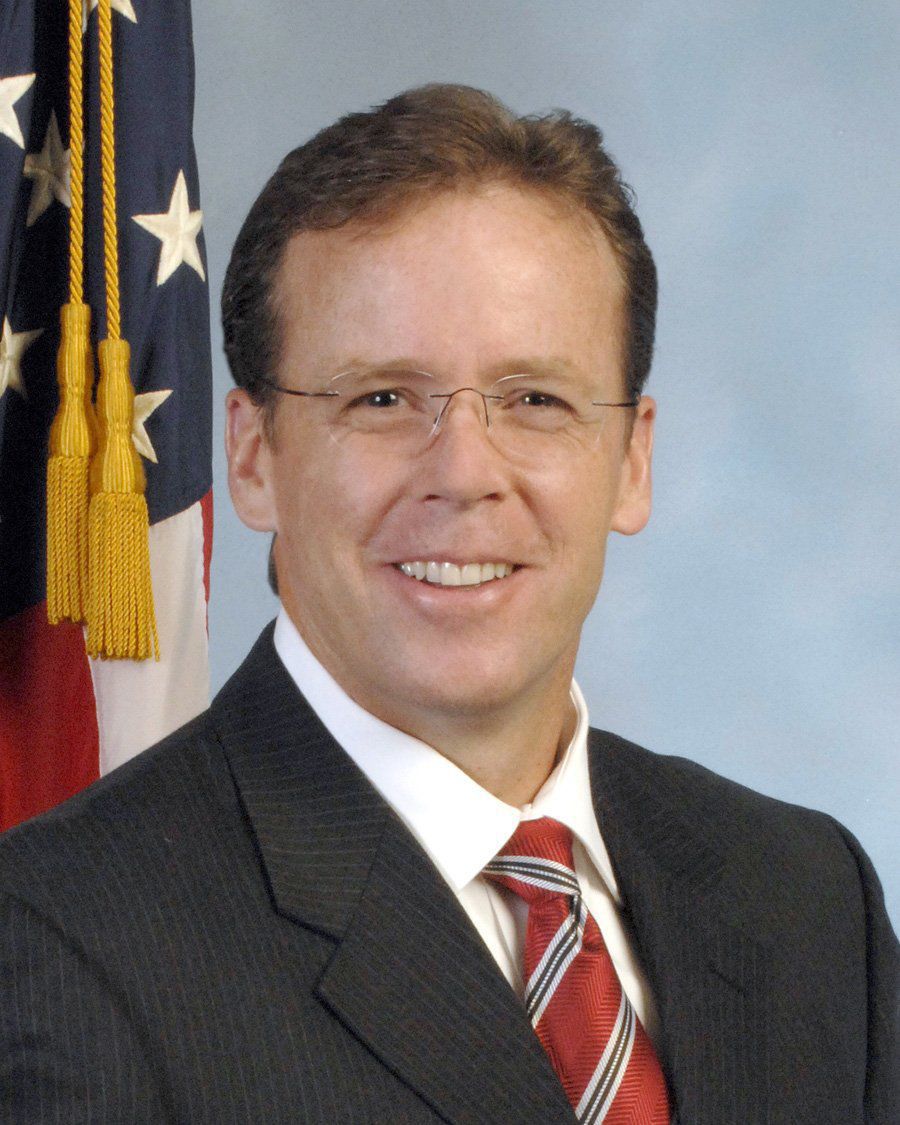