UPDATED: Mayor Stoney releases statement on ' failure of the casino gaming referendum'
0 Comments
Share this
1 of 7 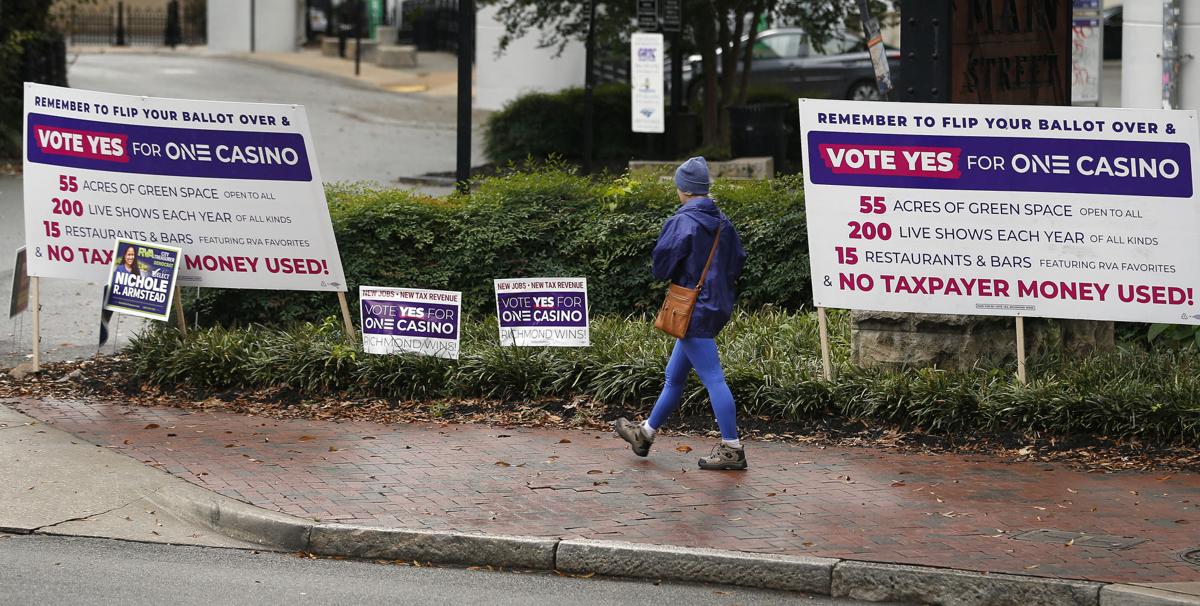 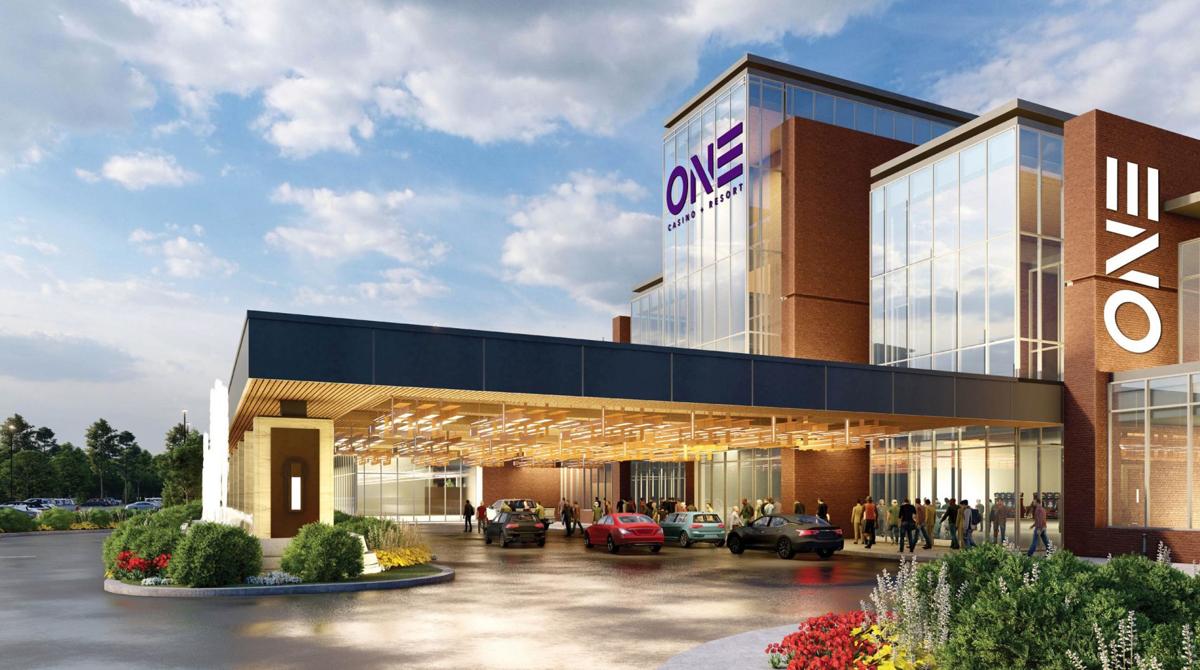 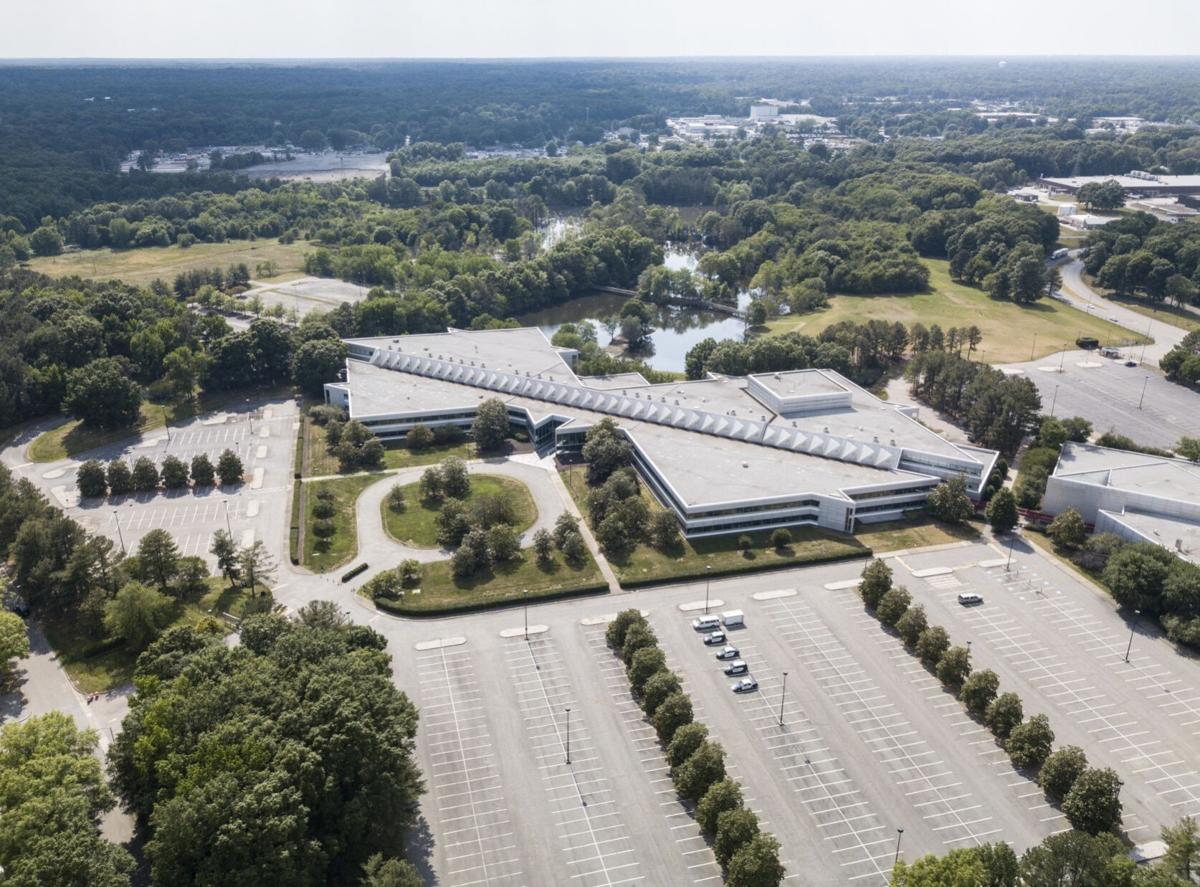 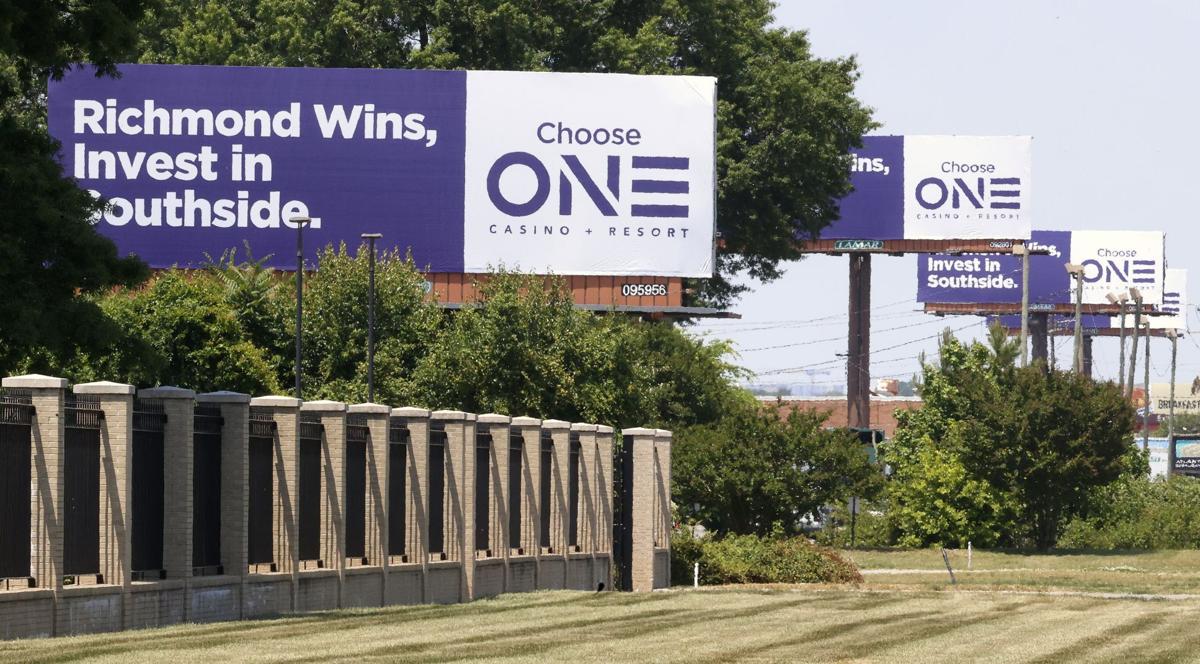 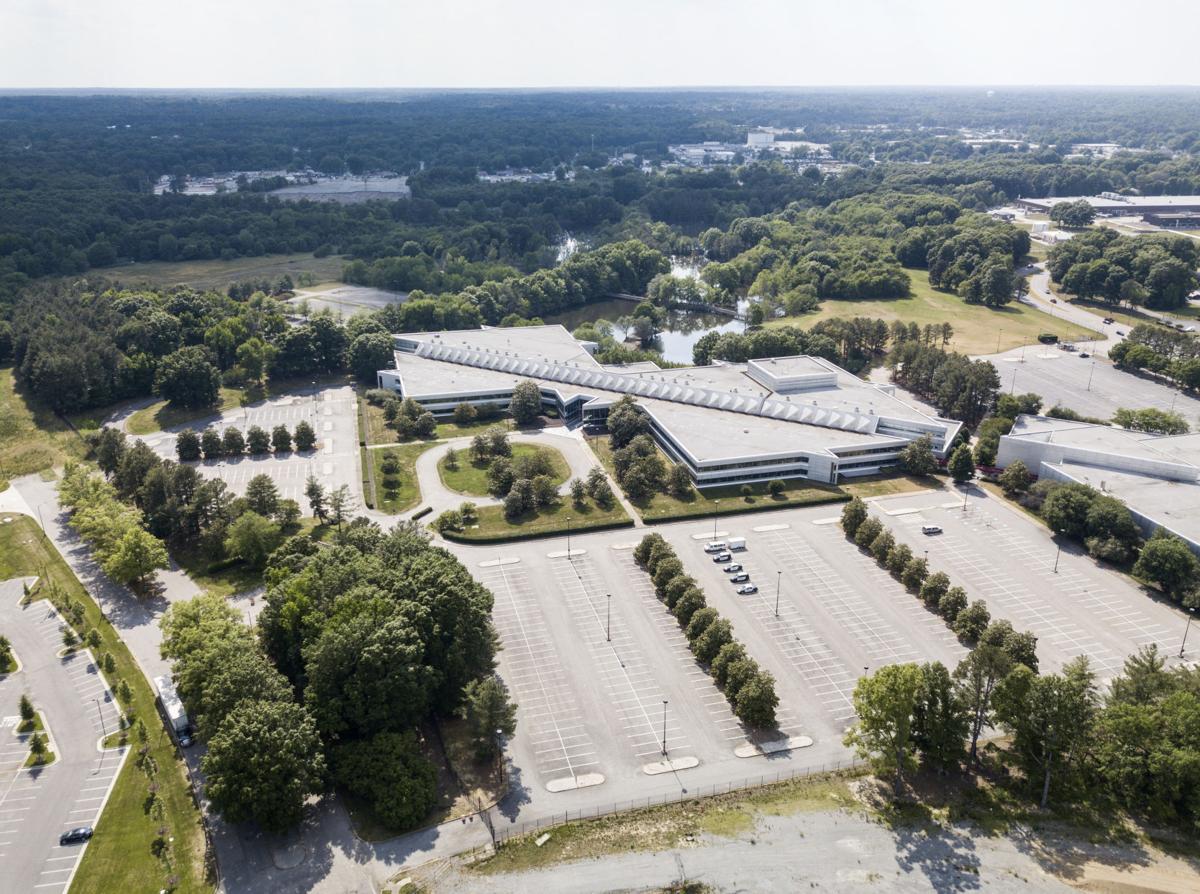 “From the beginning, we said the people would decide. They have spoken, and we must respect their decision," Stoney wrote.

“While I believe this was a $565 million opportunity lost to create well-paying jobs, expand opportunity, keep taxes low and increase revenue to meet the needs of our growing city, I am proud of the transparent and public process we went through to listen to our residents and put this opportunity before our voters.

“I’m deeply appreciative to the members of our economic development team who negotiated this project and to Richmond City Council, which overwhelmingly supported it. Finally, I’d like to thank Cathy Hughes, Alfred Liggins and the entire Urban One Team for being willing to commit to, and invest in, our city. They believe in Richmond, as do we. Rest assured, this administration will not be deterred from its ongoing mission to bring other economic development opportunities to our city that will benefit the lives of all who live here.”

Opponents of the proposed One Casino project planned for South Richmond declared victory just before midnight Tuesday as preliminary results of the city's casino referendum showed them ahead by 2,200 votes.

Media conglomerate Urban One was seeking voter approval for its plans to build a $565 million casino with a 250-room luxury resort hotel off Interstate 95 near Walmsley Boulevard and Commerce Road.

“I am so proud of our organization and our city. We proved that an organized grassroots can defeat moneyed interests,” said Quinton Robbins, political director of the activist group Richmond for All and organizer of the group’s anti-casino campaign. “We believe in knocking on doors and talking to our neighbors. That’s what made the difference.”

Mark Hubbard, a spokesperson for the One Casino campaign, declined to comment but said it might make a statement about the preliminary results Wednesday morning.

Paul Goldman, a longtime Democratic strategist and director of Vote No on RVA Casino, a political committee that collaborated with Richmond for All, said the result was a surprise after one of the committee’s own polls recently showed the pro-casino campaign prevailing by a 3-2 margin.

“The people have spoken,” Goldman said. “We decided to try an all-digital advertising strategy in a modern day David vs. Goliath story. We appealed to the conscience of our city. I am proud to have been part of such an amazing upset.”

The Richmond casino project owners spent approximately $2 million campaigning for the proposal, spending the bulk of their money on media advertisements, campaign mail and volunteers trumpeting its projected benefits, such as $50 million in annual tax revenue for the city and other amenities, including 15 restaurants, an on-site television and radio studio, and a 3,000-seat theater.

Opponents of the project mounted a modest campaign raising about one-tenth of what the casino campaign spent, arguing that a casino in Richmond would worsen poverty and lead to a rise in gambling addiction.

Richmond's vote is a stark contrast to ballot measures taken last year in four other cities in Virginia, where voters approved referendums with majorities of 65% or greater.

Richmond election officials must still report and verify provisional votes and late-arriving ballots sent by mail before officially certifying the results of the election.

As light drizzles of rain fell sporadically throughout Tuesday, voters at many city precincts were greeted by pro-casino canvassers in purple T-shirts encouraging them to vote for the casino.

“Turn that ballot, baby,” Veronica Hicks told voters at the Southside Community Center precinct, reminding people to vote yes for the casino on the back page of their voting form.

Hicks, who was unable to vote in the city referendum because she lives in lives in Henrico County, said she wanted to support the casino campaign in part because she is a frequent visitor to casinos in Maryland. (At least two other pro-casino campaign volunteers interviewed Tuesday said they also live in Henrico and support the project because it would benefit the region.)

“I would have the luxury of gambling and being entertained here,” Hicks said. “It would save me gas and time. And I would spend my money in the Richmond area, which would go toward tax revenue and paying the salaries of 1,500 employees.”

Other voters interviewed noted that they know people in the Richmond area who travel to casinos outside of Virginia. If they’re already inclined to gamble, they reasoned, why not let them do it here?

“I voted for it because it’s going to bring jobs to the area. Whether or not it’s here, people will still go to Maryland,” Debra Winston, 52, said after casting her vote at the Powhatan Community Center in the city’s East End. “I don’t gamble. I don’t even play the lottery. But I think it’s going to be good for the community.”

The ballot measure comes a year after state lawmakers passed a bill allowing voters in Richmond, Danville, Bristol, Norfolk and Portsmouth to decide whether to permit casinos in their communities. The other four cities approved casino ballot measures last year with majorities of 65% or greater.

Richmond initially received six different casino proposals in response to its request for bids earlier this year. City officials quickly eliminated half of the projects due to their concerns over issues regarding site control, financial projections and lack of operational experience.

In the ensuing two months, the city evaluated proposals for casinos at the Philip Morris industrial site between I-95 and U.S. 1; the northeast quadrant of the Powhite and Chippenham parkways in South Richmond; and the Movieland at Boulevard Square property on North Arthur Ashe Boulevard near Scott’s Addition.

Residents near the latter two projects coordinated large protests against the casino proposals in their neighborhoods, raising concerns about quality-of-life issues, such as traffic congestion and public safety.

The opposition from the neighborhoods led to some criticisms about racism when anonymously distributed flyers in majority-white neighborhoods appeared, telling residents: “Tell them to build it over there.” Some people, including Richmond Mayor Levar Stoney, responded by saying that the flyer and other remarks from people objecting to a casino in their communities — but not in Black-majority neighborhoods — smacked of racism.

Stoney and many other Democratic politicians and city officials later rallied around the Urban One project, however, highlighting a community benefits agreement that included an immediate $25.5 million payment to the city if the referendum passes and the projected annual tax revenue for the city.

If approved by voters, Alfred Liggins, the CEO of Urban One, will become the first Black majority owner of a casino since the late Don Barden, the first African American casino operator in Las Vegas.

Minority ownership of new and expanding business opportunities has become a major goal of the Virginia Legislative Black Caucus in the General Assembly.

Robbins with Richmond For All said the primary reason his organization opposed the referendum is because “casinos are fundamentally exploitative.”

“It’s no accident this casino and casinos like this are placed in impoverished neighborhoods,” said Robbins, 28, outside the Swansboro Elementary School voting precinct. “We’ve seen strong opposition in the wealthier, white areas and what we have seen from the mayor is a willingness to put the casino in an area that has been historically disempowered.”

Some South Richmond residents and civic organizations in the area near the proposed Urban One casino declared their support for the casino earlier in the year, helping to promote the project.

Not everyone who lives near the proposed site, however, supported the casino.

Frederick Haskins, who voted at Hickory Hill Community Center, the precinct closest to the project, said he is concerned about the possibility of rising crime.

“I know they’re trying to build it for good reasons, but you got to look at the other reasons [for opposing it], too,” said Haskins, 52. 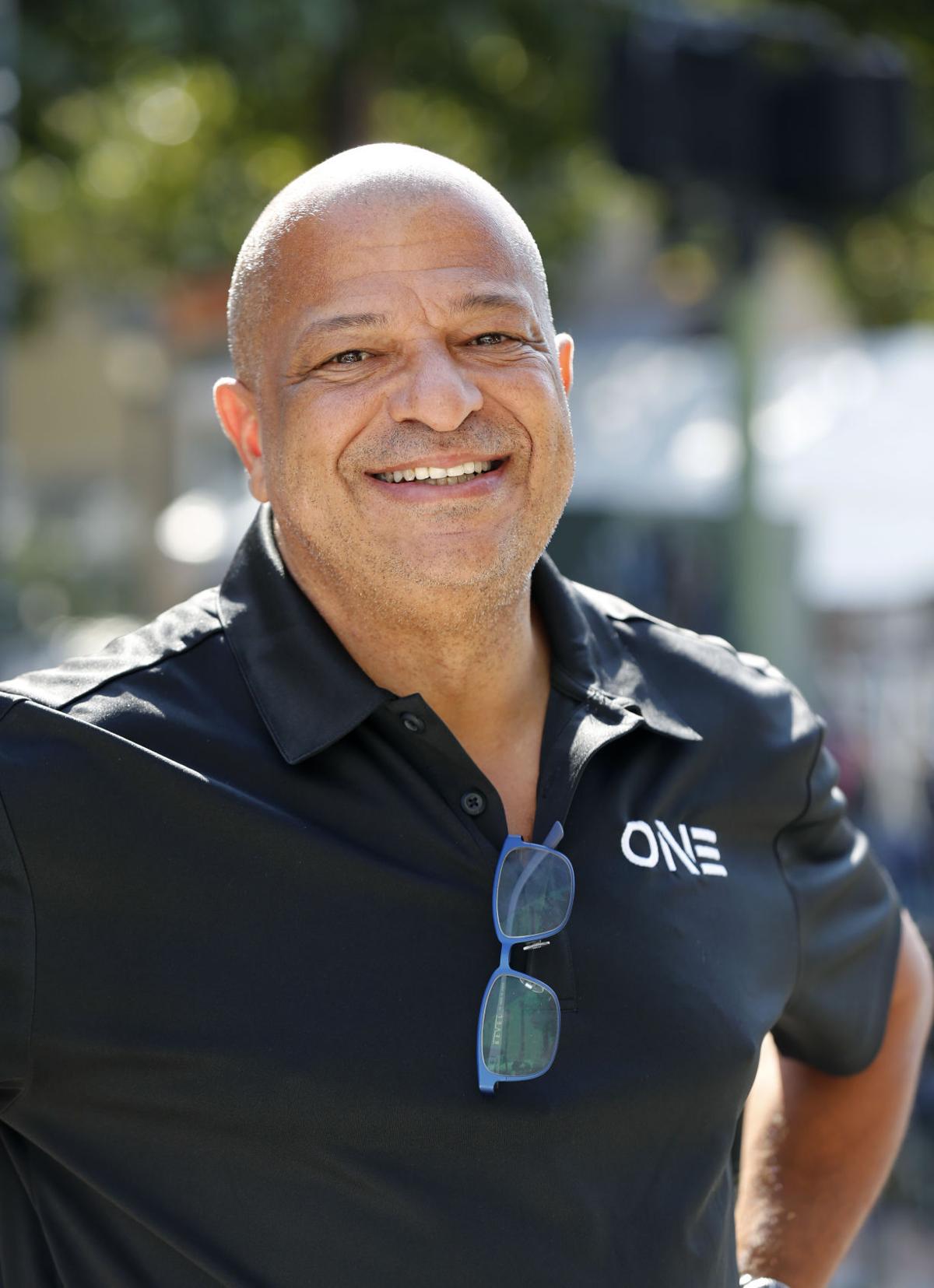