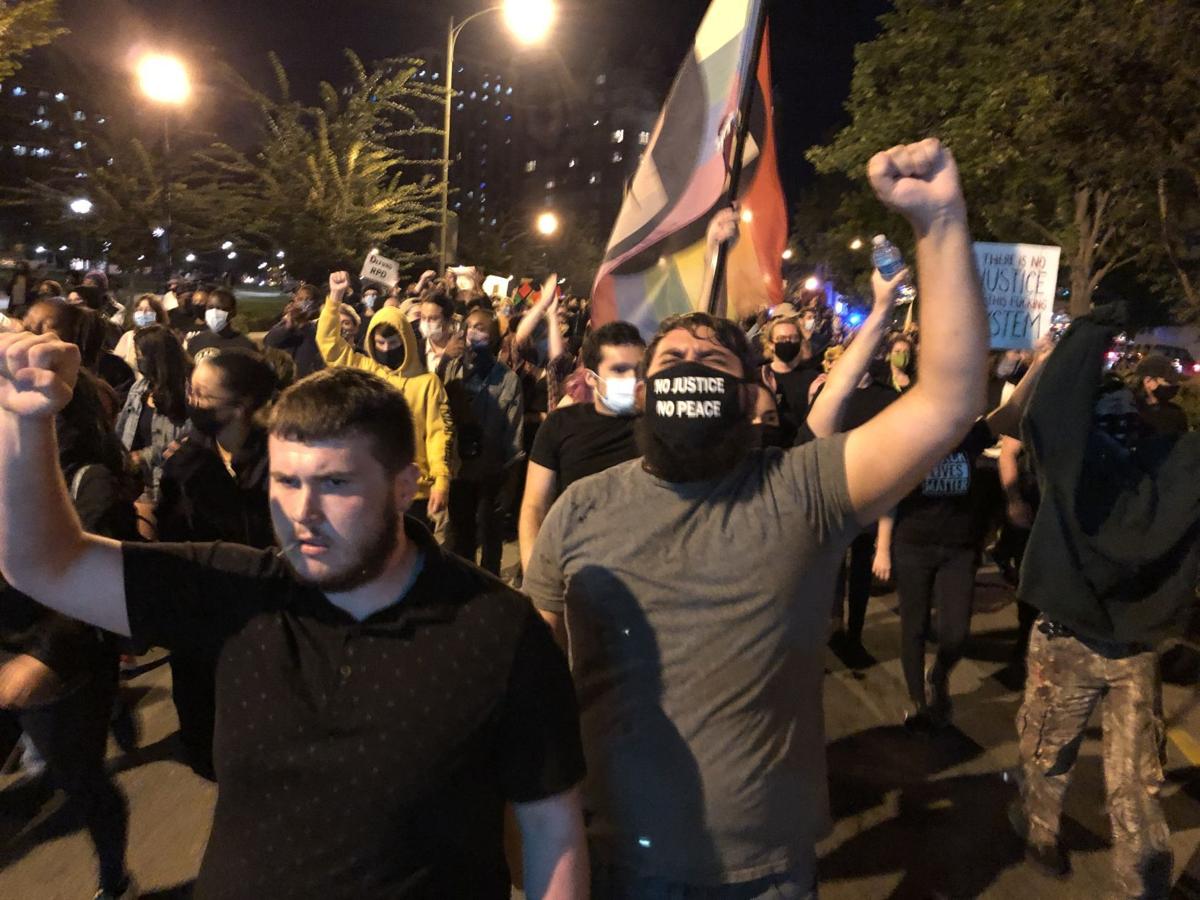 Protesters marched in Richmond on Wednesday after a grand jury in Kentucky declined to file homicide charges against the police officers involved in the death of Breonna Taylor. 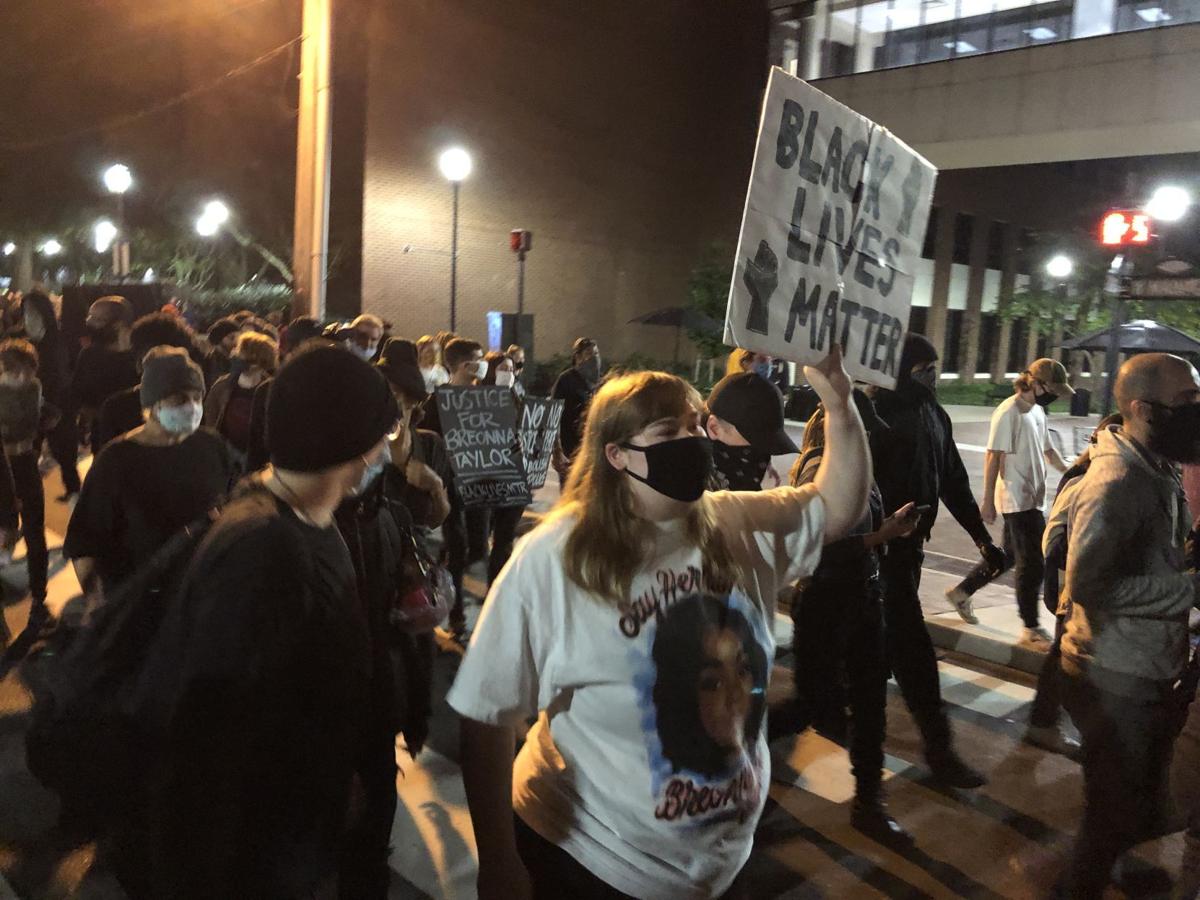 Protesters marched down Main Street in Richmond on Wednesday night after a grand jury in Kentucky declined to file homicide charges against the police officers involved in the death of Breonna Taylor. 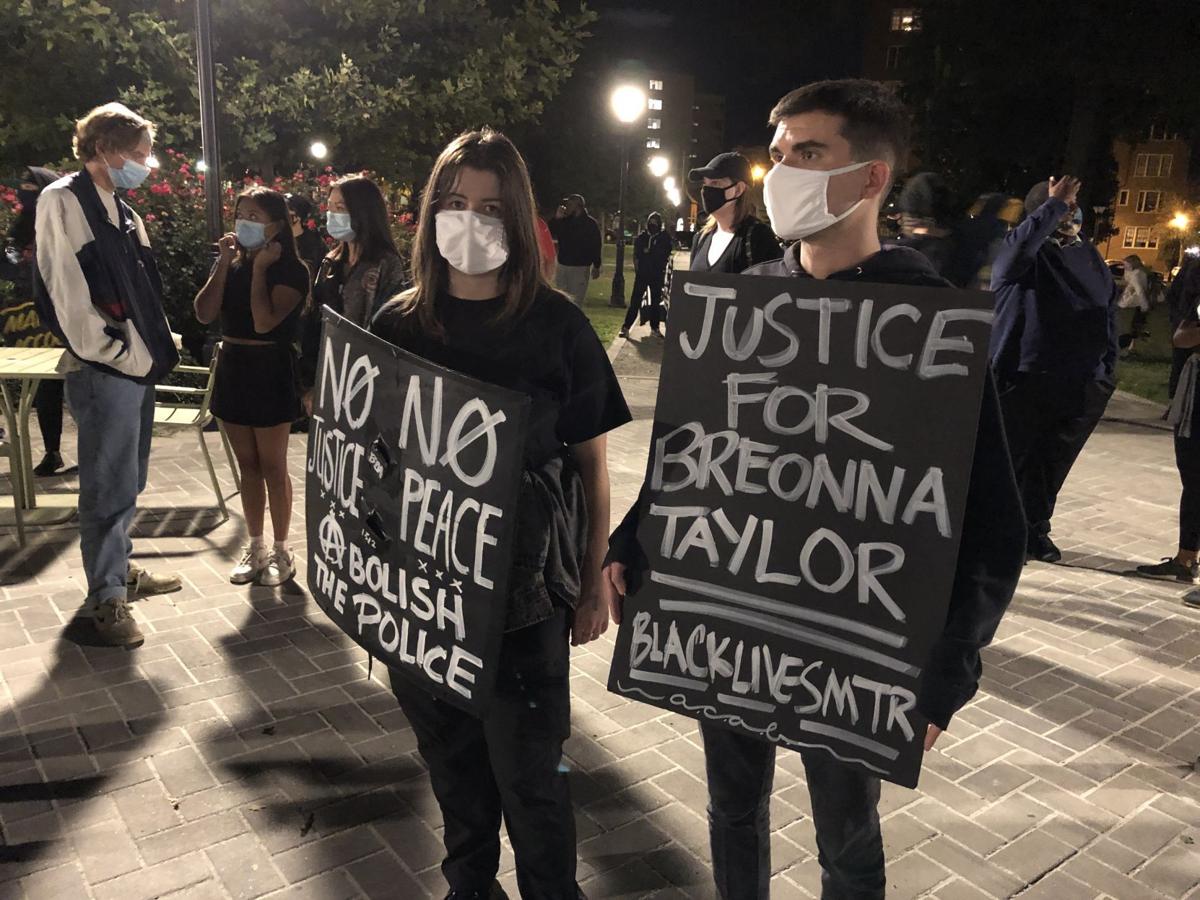 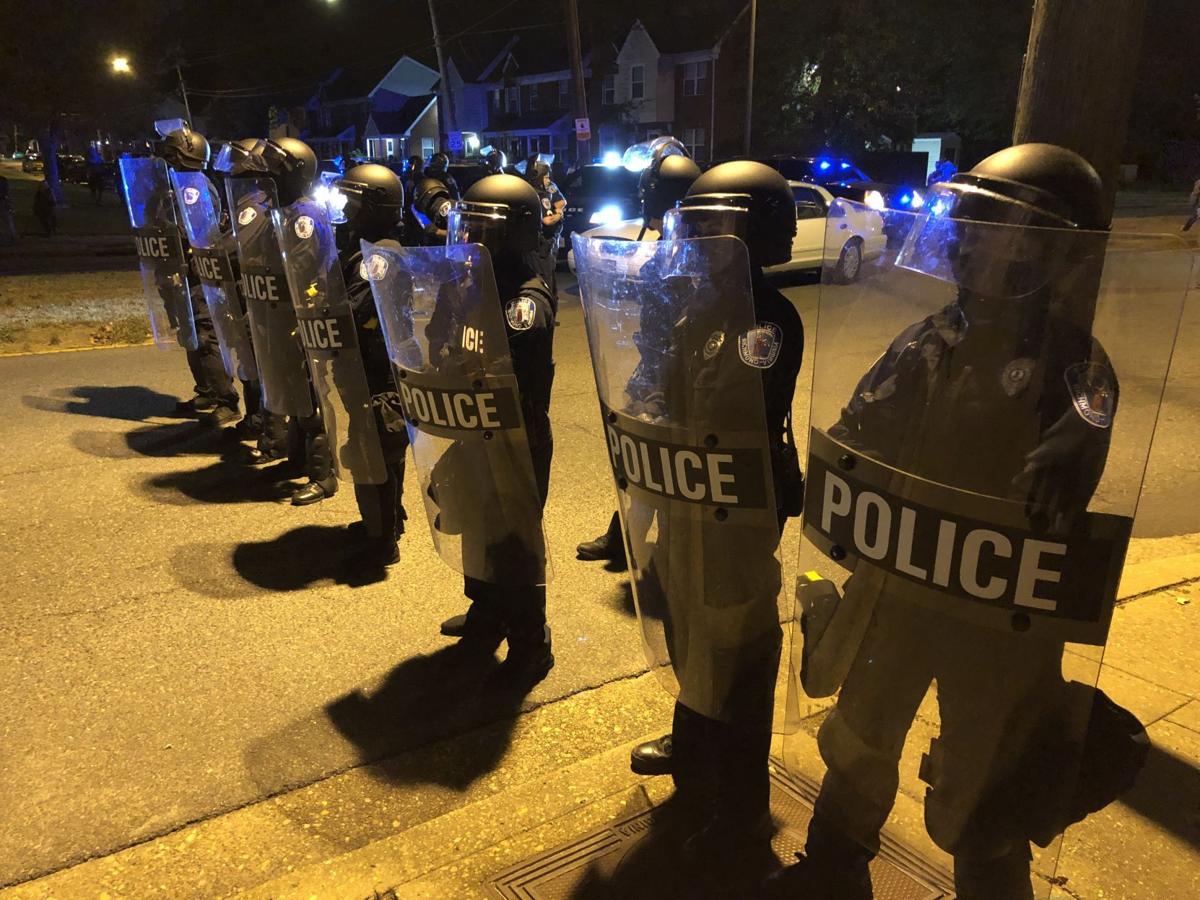 A grand jury's decision not to indict the two officers who shot Breonna Taylor in Louisville sparked protests in cities across the country. In Richmond, after the announcement in Kentucky, a flyer promoting a “Justice for Breonna Taylor” protest in Monroe Park circulated on social media.

On Twitter, the Richmond Police Department acknowledged that it was aware of the event Wednesday night. “Officers will be present to monitor the events & respond, if necessary,” RPD wrote. “We will work to keep citizens & businesses safe while supporting the public’s right to free speech.”

Before the start of the Richmond protest, Destiny Coles, an 18-year-old Virginia Commonwealth University student with aspirations for a career in health care, said she was furious that the officers were not charged with the killing of Taylor, a 26-year-old EMT.

“Her life was on the come up. But it was taken from her just like that,” Coles said.

Starting in Monroe Park and heading west on Main Street before 9 p.m., about 200 demonstrators chanted familiar anti-police and protest slogans — such as “Black lives, they matter here!” and “No justice, no peace!” — and called for directing money away from law enforcement and toward housing and education instead.

After a brief standoff with riot police near the 3rd Precinct police station on South Meadow Street about 9:45 p.m., the protest — which had swelled to hundreds of demonstrators — went through the Fan District neighborhood and down West Broad Street before reaching RPD’s headquarters on West Grace Street.

At about 11 p.m., as protesters again confronted riot police, the department asked the crowd to disperse, but it did not immediately declare an unlawful assembly.

On Thursday afternoon, the police said in a news release that protesters outside RPD headquarters on Wednesday had spray-painted the building, blocked traffic and attempted to "blind police personnel by shining lasers at them multiple times," the news release said.

Three people were arrested as a result of the protest outside headquarters, the police said. One person was charged with disorderly conduct for pulling an officer's shield, and another was served with an outstanding warrant for obstructing free passage.

The third person was charged with obstruction of justice for interfering with the arrest of the person served with an outstanding warrant, the authorities said.

Protesters marched in Richmond on Wednesday after a grand jury in Kentucky declined to file homicide charges against the police officers involved in the death of Breonna Taylor.

Protesters marched down Main Street in Richmond on Wednesday night after a grand jury in Kentucky declined to file homicide charges against the police officers involved in the death of Breonna Taylor.