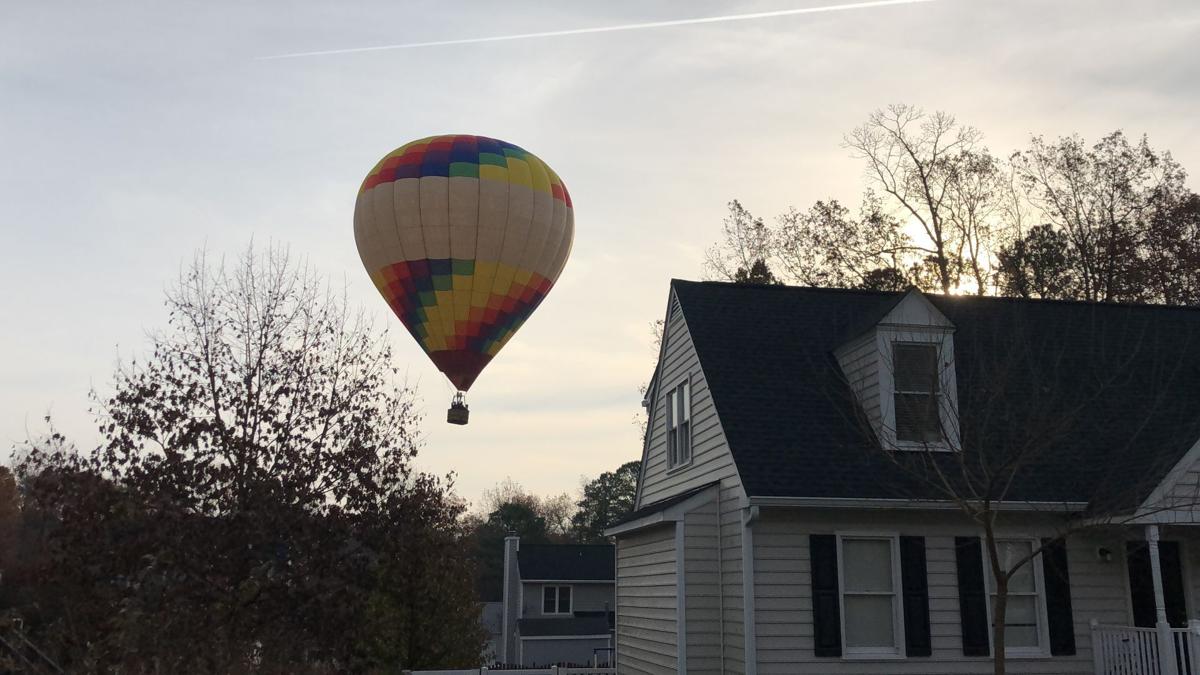 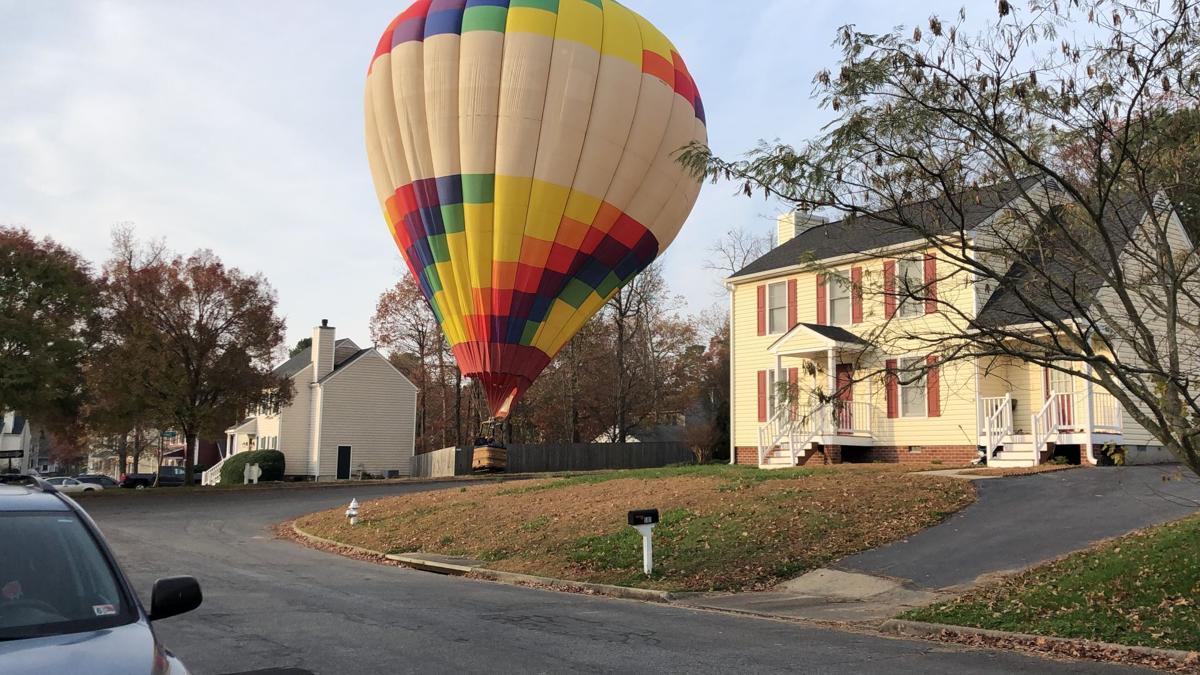 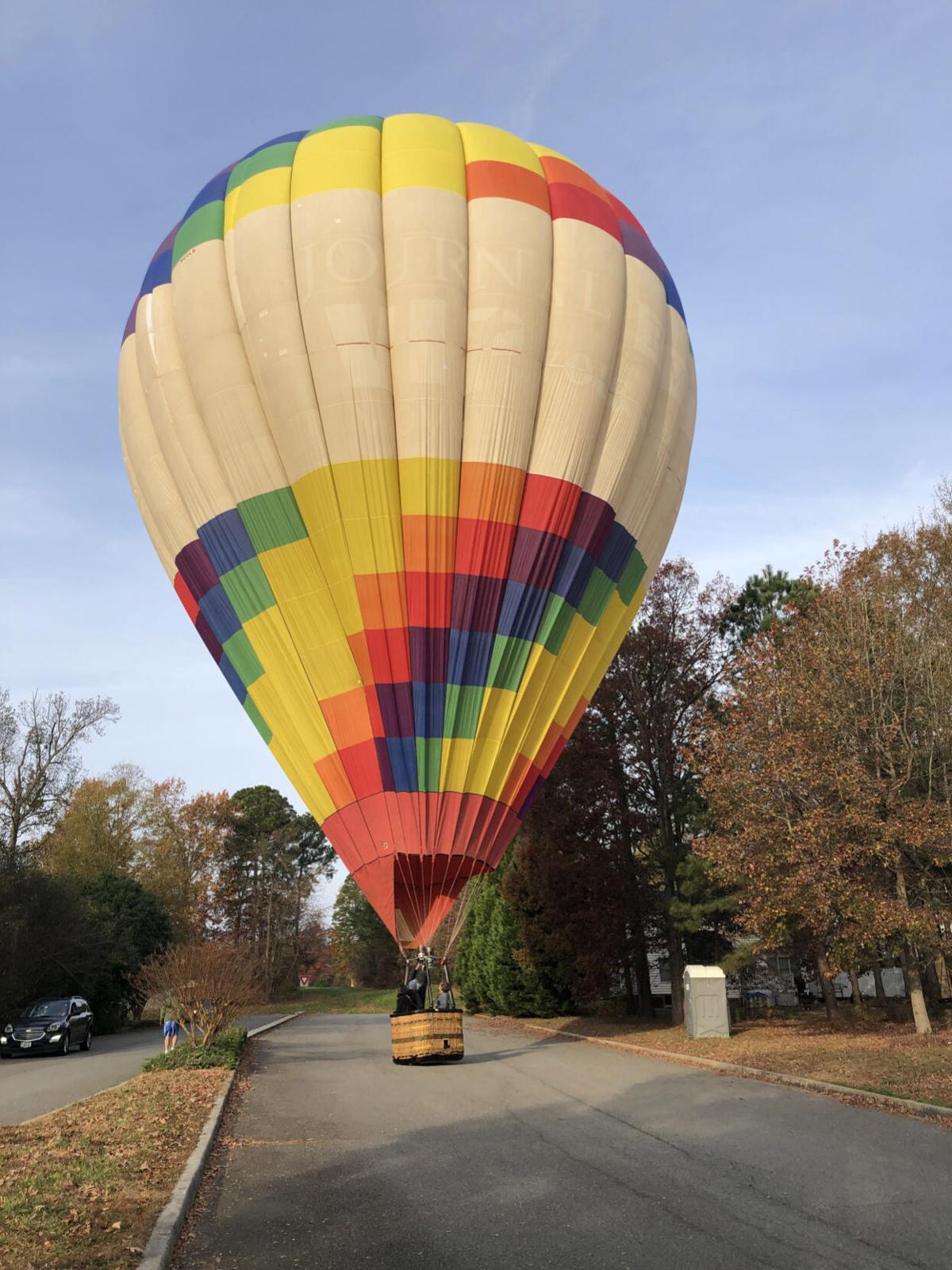 It was a planned landing according to the pilot, Gilbert Martin, who is also the president of Balloons Over Virginia.

"I planned that landing from a mile out," Martin said Sunday. "It was never a question of anyone being injured. All three passengers knew we were landing there."

It's a fairly routine circumstance to land in a subdivision with no above-ground power lines, according to Martin. The pilot has up to 10 landing spots picked out during a flight, depending on the wind, he said. The balloon touched down on Nuckols Road off of Drayton Drive in the Crystal Creek subdivision, near Meredith Woods, around 8:30 a.m.

Martin, who has been flying balloons for 32 years and has flown more than 16,000 people, said he initially wanted to land at Glen Allen High School, where the other balloon he was flying with landed. But when the wind changed, he picked the subdivision, which was less than a mile away.

"It was the next-best place to land," Martin said. "We land in neighborhoods all the time."

"I was trying to steer to the school, but the wind shifted," he said, adding that he would never try to land a balloon if there were above-ground power lines.

Martin lives in the West End and is familiar with the area.

"I knew there were no power lines," he said. "It's not atypical that we land [in neighborhoods]. It was essentially a four-lane road."

Martin said he chose the landing spot because it was at a dead end street, and knew it wouldn't disrupt traffic.

Martin's Balloons Over Virginia crew, which tracks the flights on GPS, was there in minutes after the landing.

Martin said because of how big the balloon is -- 90 feet tall and over 120,000 cubic feet -- it seems like landing anywhere but an open field is dangerous. But what people fail to realize, he said, is that it's very safe.

Martin, a commercial pilot, said he never has had an incident or accident in his 32-year career.

"Of course you want to land [in an open field], but it doesn't always work out that way," he said.

The balloon took off near Route 1 in Hanover County and the flight was about an hour, according to Martin.

Editor's Note: This story has been updated to reflect the correct subdivision.

A Chesterfield County man has been sentenced to 15 years in prison after he was caught with more than 2 pounds of heroin, nearly 2 pounds of c…

The monthslong debate on whether to send students back into Chesterfield County Public Schools’ buildings started a new chapter this week, wit…

Police said Wednesday that the driver who died Tuesday was a 37-year-old Chesterfield County resident.