A van was wrecked on the Powhite Parkway near Hull Street Road on Monday. 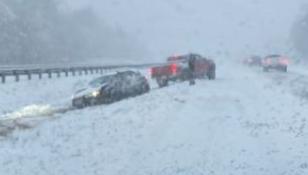 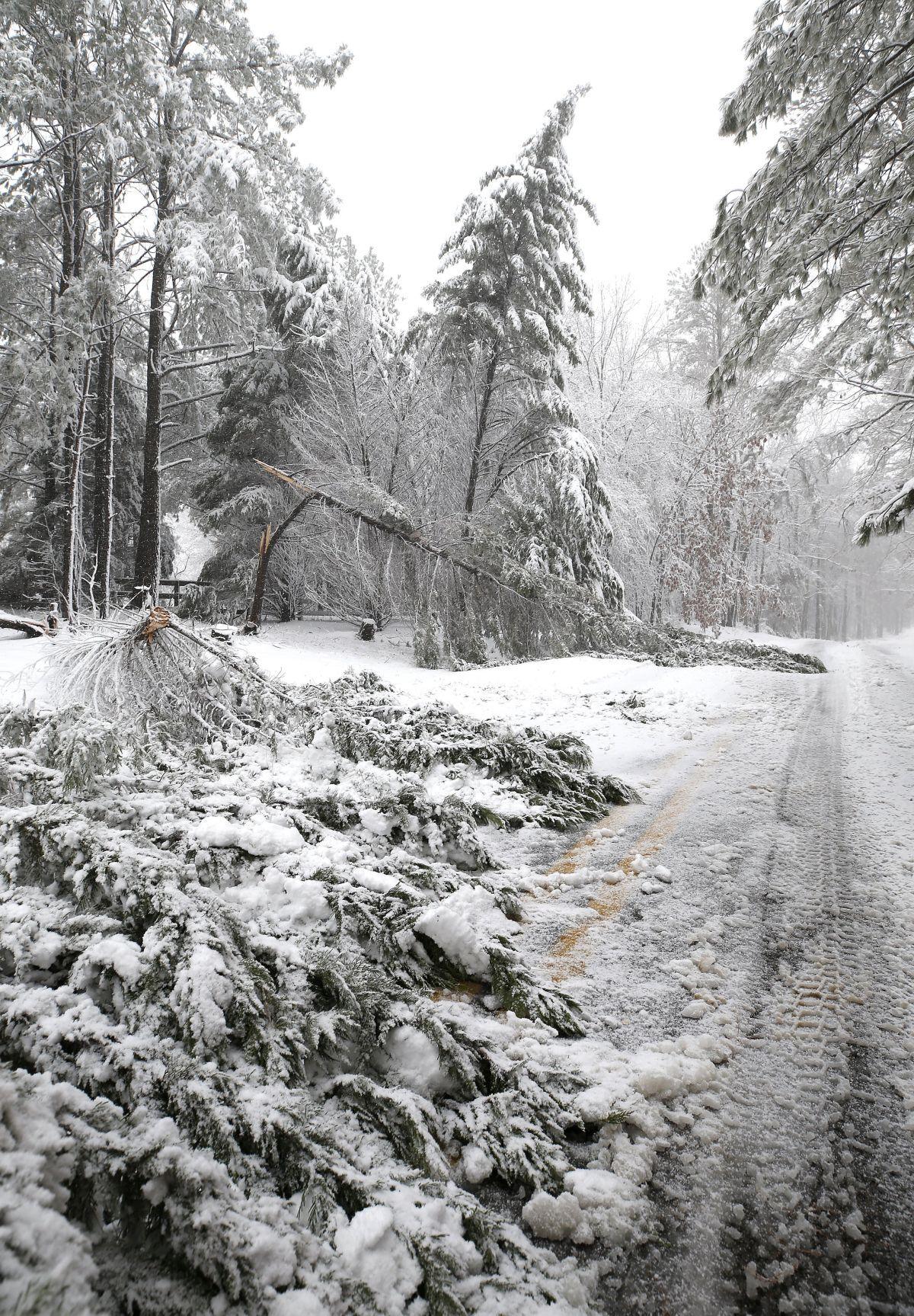 Trees laden with snow fell onto Blanton Road in Hanover County on Monday.

Virginia State Police have responded to at least 867 crashes and 846 disabled vehicles across the state since the start of the new year’s first major snow, sleet and rain event, the agency reported.

Most of the crashes involved only damage to vehicles. There have been few injuries and no reported fatalities.

As of 8:30 p.m., state police emergency communications centers across the state had fielded more than 2,600 total calls for service.

Monday's incidents included a jackknifed tractor-trailer that was hauling 18,000 pounds of plastic furniture; it blocked the westbound lanes on Interstate 64 at the 168 mile marker in Goochland County. There were no injuries.

Dominion Energy utility crews have made made substantial progress in reducing the number of power outages caused by the storm. The number of Dominion customers without power at 9:30 a.m. stood at 132,231 in Virginia and North Carolina, down from 237,938 outages reported at 3:30 p.m. Monday.

Northern Virginia still had the greatest number of outages, with 78,050 reported at 9:30 a.m. The Shenandoah Valley and Western Piedmont region followed with 37,531. The Richmond metro region and Tri-Cities area reported 8,064 without power.

Rappahannock Electric Cooperative reported more than 90,000 of its member-owners were without power as of Monday evening due to hundreds of separate outage events. Crews were staged for storm response and had mobilized equipment and supplies in advance of the storm, but the utility expected some outages to persist through the end of the workweek.

REC provides electric service to more than 170,000 connections in parts of 22 Virginia counties. Its service area ranges from the Blue Ridge Mountains to the Chesapeake Bay.

State police said the traffic crashes and disabled vehicles were caused by motorists driving too fast for conditions, and asked people to avoid driving unless absolutely necessary.

“The drive is not worth the risk of a crash, getting stuck, injury to you or your passenger or the cost of a repair,” police said in a statement.

The storm also caused large trees to fall and block portions of I-64 east of Charlottesville. Multiple crews with the Virginia Department of Transportation were dispatched to remove the trees, which prevented snowplows from clearing the interstate from Exit 124 at Pantops through Goochland, the agency said.

Crews were using heavy equipment to cut the trees and remove them from the interstate, but high winds continue to topple other trees, “making for dangerous conditions for the crews and impeding the progress of snowplows to clear snow from the highway,” the agency added.

State police said that even as the sun began to gradually return Monday afternoon to parts of western and central Virginia, the regions around and north of Staunton, Charlottesville and Fredericksburg continued to deal with treacherous road conditions. Police warned that after the sun sets and temperatures drop into the teens, “anything that’s melted during the day will freeze overnight and cause extremely dangerous, icy road conditions.”

PHOTOS: VDOT cameras give a glimpse of road conditions across Virginia

Snow on Monday: a timeline

A van was wrecked on the Powhite Parkway near Hull Street Road on Monday.

Trees laden with snow fell onto Blanton Road in Hanover County on Monday.