VCU program, now in its 10th year, helps students with disabilities take classes and land a job
1 comment
Share this
Only $5 for 5 months
1 of 3 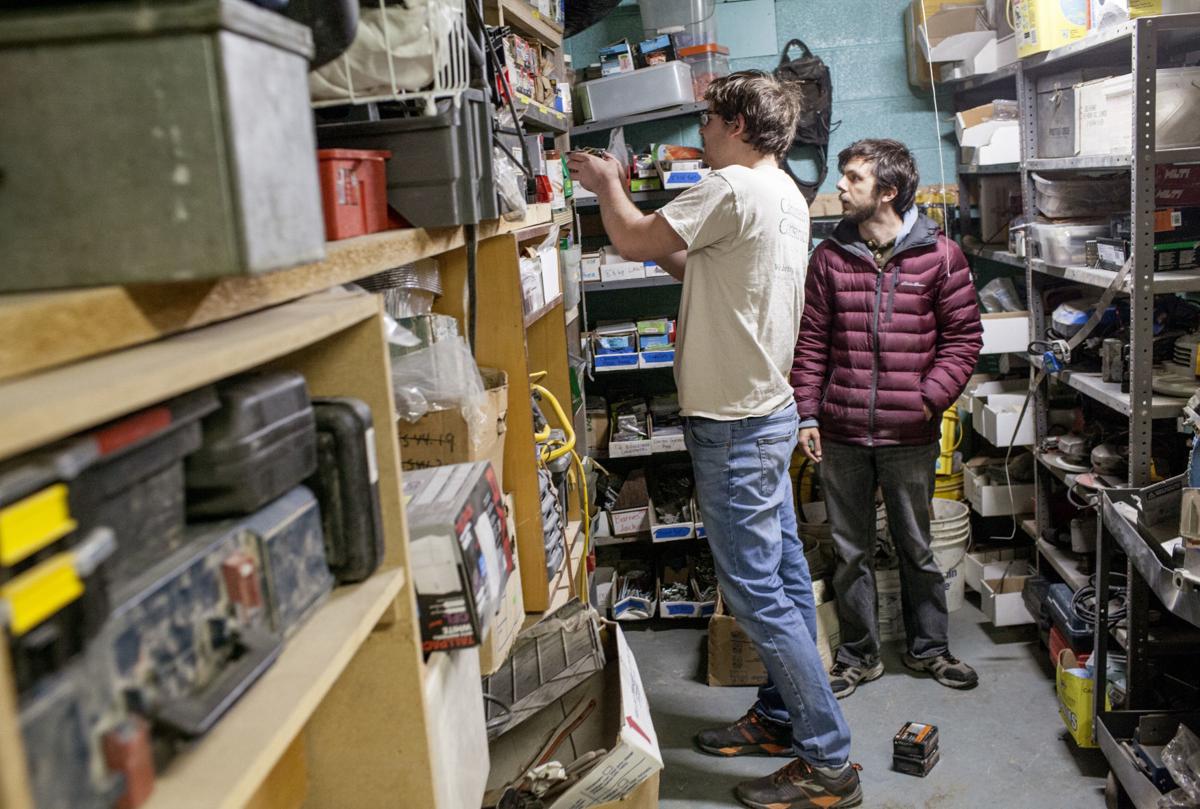 Robert Doss (left) sorts and organizes supplies with career training specialist Chris Parthemos at Cabinetry and Construction Inc. Doss got his job through a VCU program that helps students with intellectual disabilities. 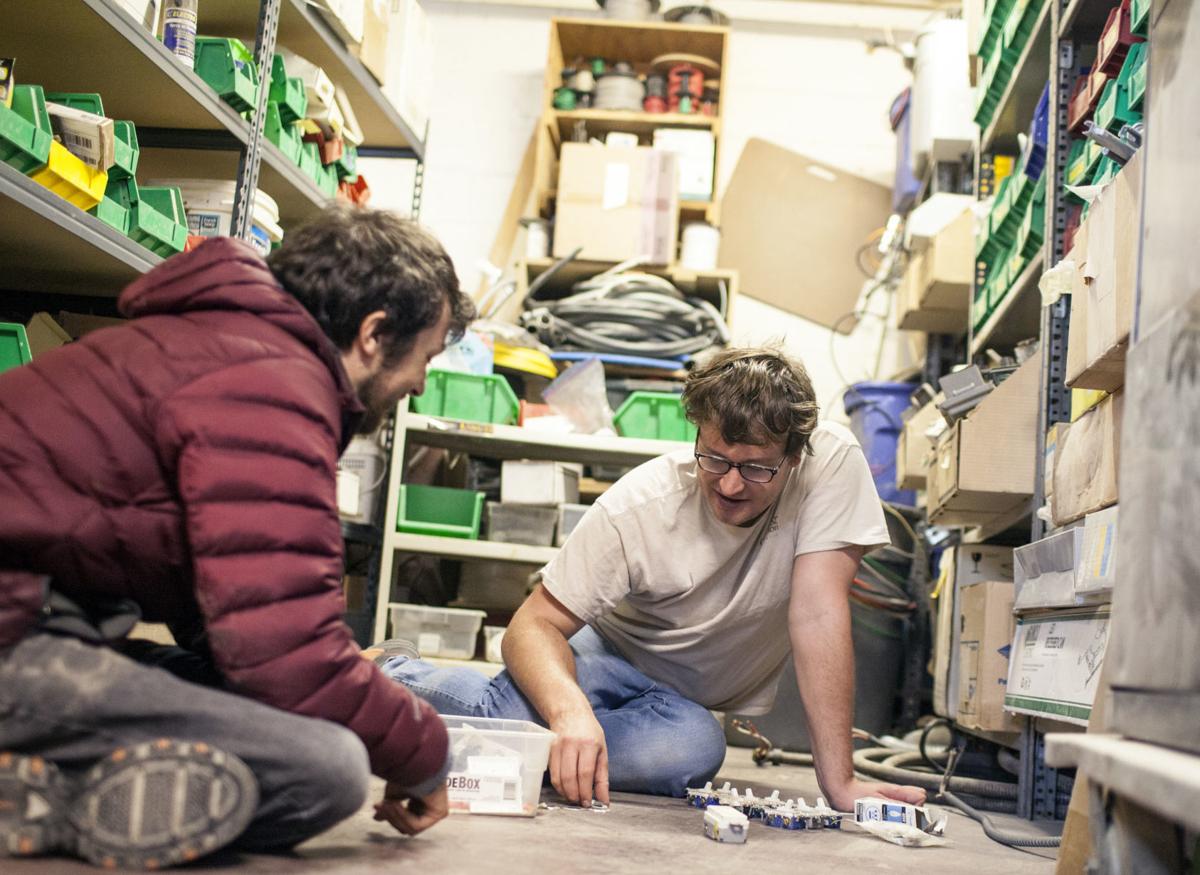 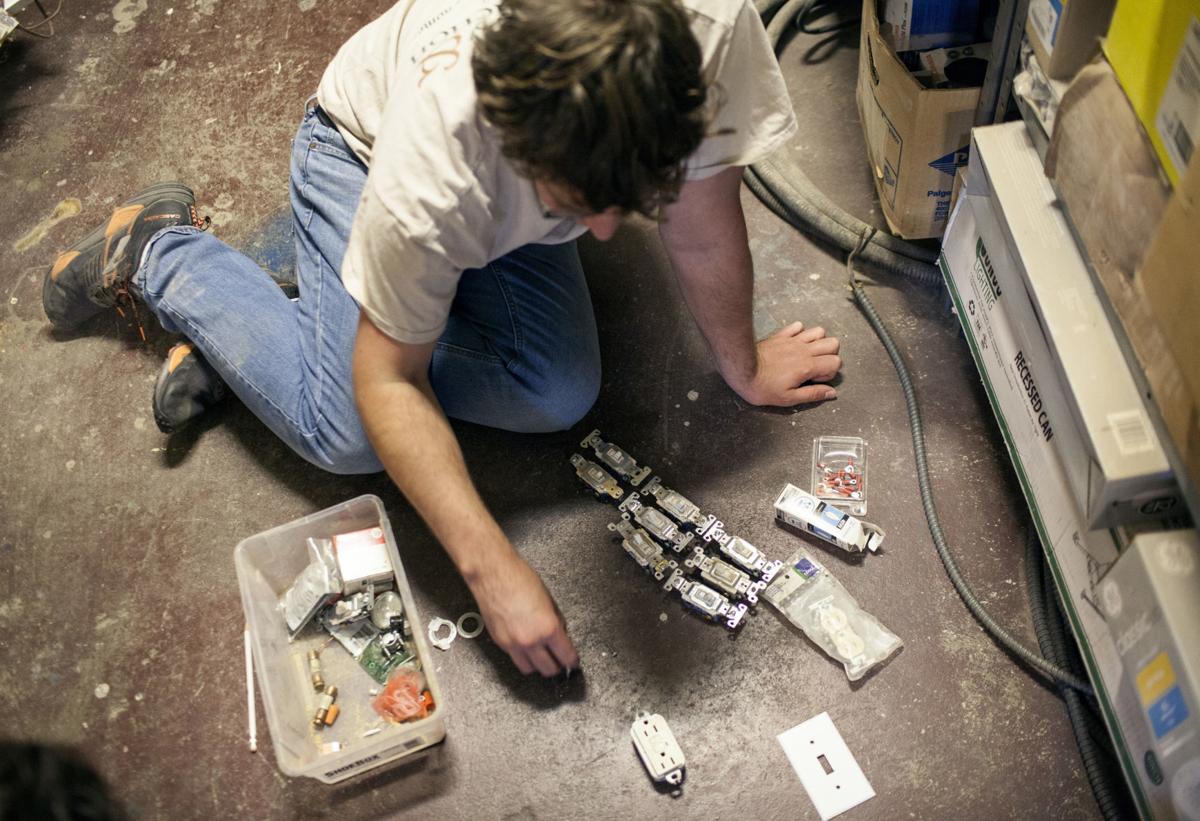 In a cluttered brick building off Currie Street in Richmond, Robert Doss gets to work.

His employer, Cabinetry and Construction Inc., moved to the new building near Virginia Union University over the summer and needed someone to organize the space. Enter Robert, a Richmond native with autism.

The 25-year-old loves organizing. He enjoys working with his hands, arranging tools and construction materials, and also doing some woodwork himself. The job’s a natural fit.

Since starting with the company at the end of August, Doss has organized the drywall room, the supply room, the painting room, the entrance hallway, the overhead storage — 10 rooms in total. He smiles as he walks from room to room, showcasing his work both organizing — the electric room, for example, took him only 12 days — and with his hands — he’s built shelves to store things.

“I feel more comfortable when I have a job because I feel good about myself,” he said.

Doss got the job through a Virginia Commonwealth University program now in its 10th year.

ACE-IT in College at VCU started in 2010 when the university was one of 27 colleges in the U.S. to receive a federal grant for programs serving students with intellectual disabilities. Students started in the program the next year.

The program gives students one-on-one support both in the classroom and in finding a job.

Each student in the “extremely individualized” program — 37 in the 10 years — takes VCU classes and works part time in various jobs on campus. Students also participate in internships with the goal of landing a job after graduation, when they earn a certificate from the VCU School of Education.

While they don’t get a degree, the classes students take align with their interests. Doss, for example, took biology and art classes. (Students in the program technically audit all but one class, an introduction to VCU course, meaning they do not receive a final grade at the end of the semester.)

“We really try to couple their academics and their employment so we get a sense of what they really want to do,” said Elizabeth Evans Getzel, the director of VCU’s Center on Transition Innovations. “We’re about not just a job, but a career in their area of interest.”

Nine in 10 ACE-IT alumni are now employed, said Jaclyn Camden, an employment specialist for the program. Camden also said that 86% of the students who have gone through the program are in their same job or have moved up in their company since leaving VCU.

“Not only are they getting jobs, but they’re maintaining those jobs and growing in their career,” Camden said. “We all want to be lifelong learners and have good careers and we’re seeing that ACE-IT students are doing that.”

Last year, just 19% of people with disabilities nationally were employed, according to data from the U.S. Bureau of Labor Statistics.

Sitting alongside the ACE-IT students in class are education coaches — trained VCU students who go with them to their classes and meet with them for study sessions.

Nadia Pablo, a junior kinesiology major from Northern Virginia, was inspired to become a coach after volunteering at the autism center at St. Joseph’s Villa in Henrico County. She’s now in her third semester as a coach.

Pablo coaches in addition to her own course load and hangs out with the ACE-IT students outside of the classroom.

“We build a connection and a friendship,” she said, adding that she invites the other students to Sunday dinners through Catholic Campus Ministry, an organization she’s a part of. “It feels like I’m taking classes with just another friend.”

The program lasts five to seven semesters, with the two extra semesters giving students a bridge to their jobs.

For Doss, who graduated in May, the ACE-IT program still helps him daily with the presence of a career training specialist, Chris Parthemos, at the construction job. The bridge part of the program started this spring.

“We try to open doors where we can,” Getzel said.

WATCH NOW: 4 charged with rioting as buildings vandalized in Richmond; courthouse closed because of damage

Avowed KKK leader who drove through crowd at BLM protest in Henrico gets 6-year sentence; he still faces felony counts

In Richmond real estate, across town, buyers are paying more for houses than sellers are asking

'Conversations at the Monument' vows to bridge disconnect between community and officials; draws criticism from longtime organizers

On Saturday afternoon, the grounds around the Robert E. Lee statue shifted into a different type of community gathering than it’s seen in the …

Williams: The Black Lives Matter movement hits a snag in Richmond. What is the proper level of White engagement?

The Richmond Transparency and Accountability Project was founded three years ago to shine a light on police misconduct. But who now speaks for…

As protests at Robert E. Lee statue continue, nearby residents live in constant state of unrest

Residents who live near the protests at the Robert E. Lee statue have heard gunfire, witnessed assaults and tried to sleep through constant noise. They say police aren't responding enough to their calls.

Robert Doss (left) sorts and organizes supplies with career training specialist Chris Parthemos at Cabinetry and Construction Inc. Doss got his job through a VCU program that helps students with intellectual disabilities. 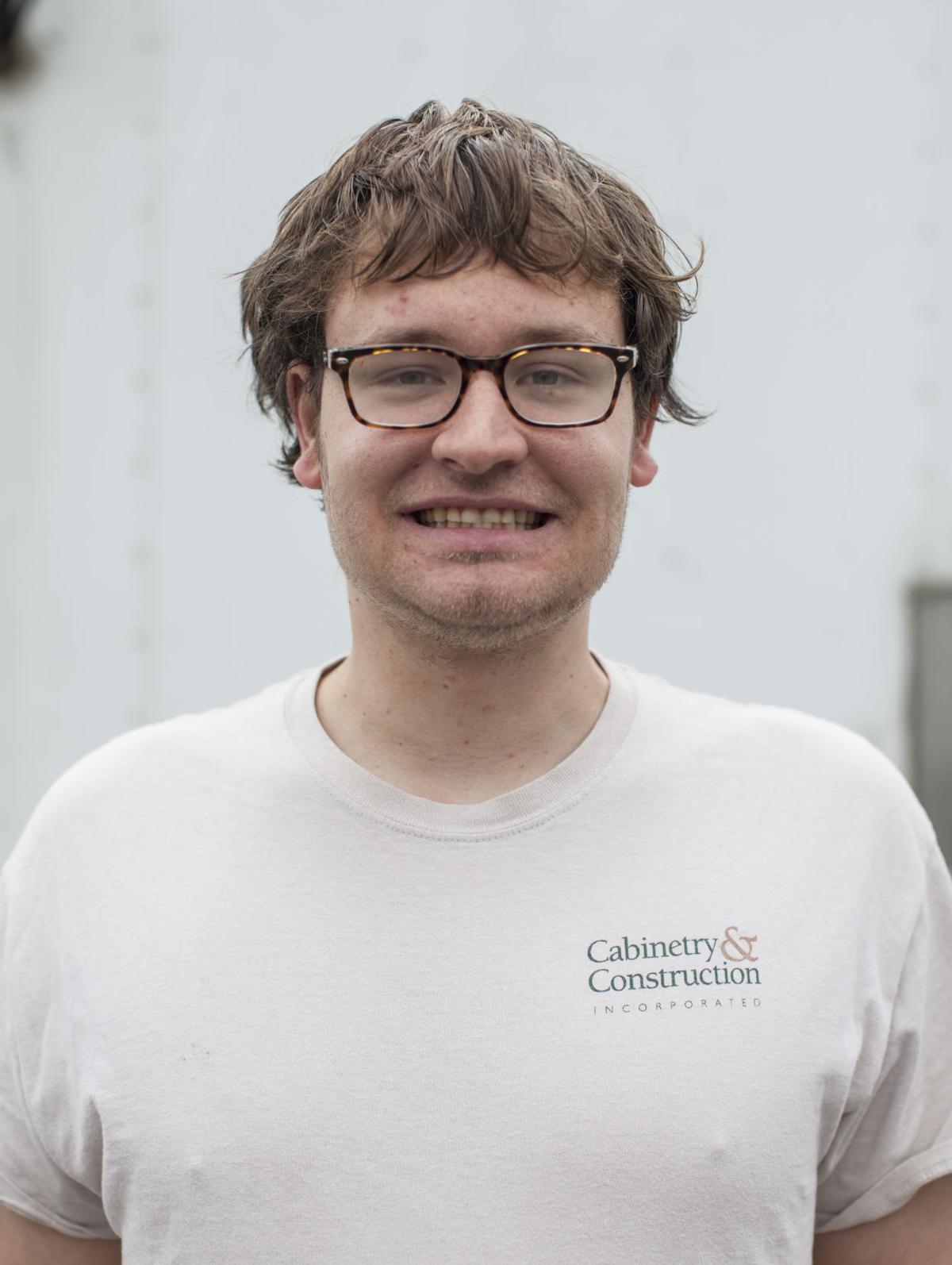