Renée Thompson Truehart often posts pictures, videos and memes on TikTok, Facebook and Instagram — sharing everything from footage of family members having fun around the house to more serious commentary on cultural issues.

So when she came across a toddler wandering in the middle of a dark street in Highland Springs in freezing temperatures, she started recording video from her phone even before she stopped her car to help the child. Ultimately, she rescued him and kept him safe until police arrived and brought him home.

"Lil' baby," she calls out to the boy in her video, the camera shaking as she puts her car in park and scrambles to get out of the car. "Oh my God. Hey! Come here! Where's your mommy?"

That was the first of several videos she posted on social media of her rescue, which unfolded on Jan. 4, the day after more than 3 inches of snow fell on the area. Other video snippets of the rescue, and of her recounting the experience, have gotten millions of combined views on TikTok as the story went viral. A company called ViralHog entered into a contract with Truehart to obtain exclusive licensing rights to some of her video.

Since she posted her first one, the 57-year-old Henrico County real-estate agent and author has been replying to innumerable questions and comments of all kinds on social media. She also has had trouble sleeping because she initially didn't know how the boy got outside or if the child was in a safe environment.

A man who answered the door at the home on Monday declined to be interviewed by a reporter.

But Henrico police Lt. Matt Pecka told the Richmond Times-Dispatch that the child was safely returned home and that no charges were brought against his guardian.

Pecka said the boy, who was around age 2 or 3, was a smart child who wanted to go for a walk, got dressed and left home through a locked door.

Truehart on Tuesday was relieved when a reporter relayed to her that the police apparently found no criminal neglect of the child.

"I'm going to sleep so good tonight," she said. "It just seems like the story gets better and better."

Later in the day, she posted an update for her viewers.

On Jan. 4, Truehart was having trouble deciding whether to go out and visit a friend because she was tired and it was about 28 degrees outside. After a few hours, she decided to go out shortly after 9 p.m. and drove along West Washington Avenue, being careful to avoid snow and ice.

Suddenly she saw a silhouette of a small figure in the middle of the narrow, two-lane road in front of her. As she got closer, she realized it was a little boy playing in the street. After he saw her, he started running and moments later a car was approaching from the opposite direction from which Truehart had been driving. She started recording, threw her car into park before it stopped rolling, and turned on the flashlight on her phone as she was getting out of the car, using the light to flag down the other driver.

She got hold of the boy's arm as he tried to get away and put him in her blue Chevrolet Equinox where it was warm. Sitting in the car with him, as the video was rolling, the boy was crying hysterically. She tried to soothe him, offering him a fig bar to eat. She was crying, too.

"I did a real quick whimper and then I got myself together because I didn't want to further frighten him," she said later.

She called 911 and told the boy the police were on their way.

When they arrived in less than 10 minutes, she said the boy started to calm down.

Outside the car, one of the officers, bending down to talk to the boy, can be heard on Truehart's video saying, "All right, little man, where's home? Do you know which house is yours?" The boy points to a nearby house.

The officers walk the boy along the street toward his home as Truehart follows with the video still running. As the officers got up to the house, they asked Truehart to step back for privacy reasons. She was left to wonder if the boy she saved was OK at home. Did he get in trouble for leaving the house?

She was considering stopping by the house to ask how the boy is doing, but hasn't gotten up the nerve. She couldn't sleep well and kept waking up with the image of the child's silhouette in the middle of the street — a still image from the video she had shot — burned into her mind.

She has been trying to process the experience in real time on social media, posting several videos of her talking about the incident, including one titled "Explanation #1 After Finding Toddler in the Middle of the Road." She posted more videos — Explanation #2 and Explanation #3.

In one, she says: "I don't want to pass judgment on the parents, the mother, the father or whomever was in this kid's life, because I agree with some of the posts and that is that kids are just smart and this kid in particular was a smart kid."

Truehart, who lives about a mile from where she found the boy, has three grown children, including a 37-year-old daughter and two sons, ages 28 and 34. Her daughter and son in-law live with her, as do three granddaughters and a disabled niece who has been living with Truehart since her brother died in 2020.

She has written two books. One, titled "Cement Walls," is a novel based on her childhood growing up in Mosby Court and Highland Park with her mother and six siblings. The John Marshall High School graduate also published a children's book called "Good Touch Bad Touch." When she was young, Truehart said she was inappropriately touched and molested. She had hoped her book would be in every kid's home to help them protect themselves, but she said the topic is taboo and the book hasn't done as well as she'd hoped.

Truehart gained attention in 2020 when her daughter posted on TikTok about plans she and her mother had to open a new grocery store in the Meadowood Square Shopping Center at the corner of Richmond Henrico Turnpike and Azalea Avenue in the outskirts of a food desert, as stated by the U.S. Department of Agriculture.

The video went viral on TikTok, but the store never opened because of funding issues.

Since then, Truehart has been a frequent poster on social media, posting her commentary in videos titled "I Call 'BS' On That!!!" and "If A Woman Cannot Trust You with Her Heart...." and "Why Don't Black People Stick Together Like Other Cultures?"

In another post to mothers and sons, she talks about how a man's relationship with his mom can cause problems in his marriage. "Momma, you don't come before your son's wife," she tells her viewers. "You don't. I'm sorry."

After she rescued the toddler last week, she posted a video titled "Who, (But Me), Finds A Toddler In The Black Snowy of Nights in the Middle of the Road?" with the hashtag "WhyMeLord." The video got 2.1 million views on TikTok, more than 149,000 likes and more than 4,700 comments. The other videos she posted about the event got more than 1 million combined views.

In one of her most recent ones, she says: "This app is amazing. And TikTok Nation, you all are something to behold. Y'all don't play when it comes to kids."

She thanks viewers for their comments and hopes her videos might prompt parents to "go in the room and you check on your child."

"I'm just so grateful I was in the right place at the right time," she says. "If it keeps another child safe, I'm all for it."

Rhonda Harmon’s 59 years were filled to the brim, her existence a reflection of an exuberant pioneering spirit who ignored conventional bounda… 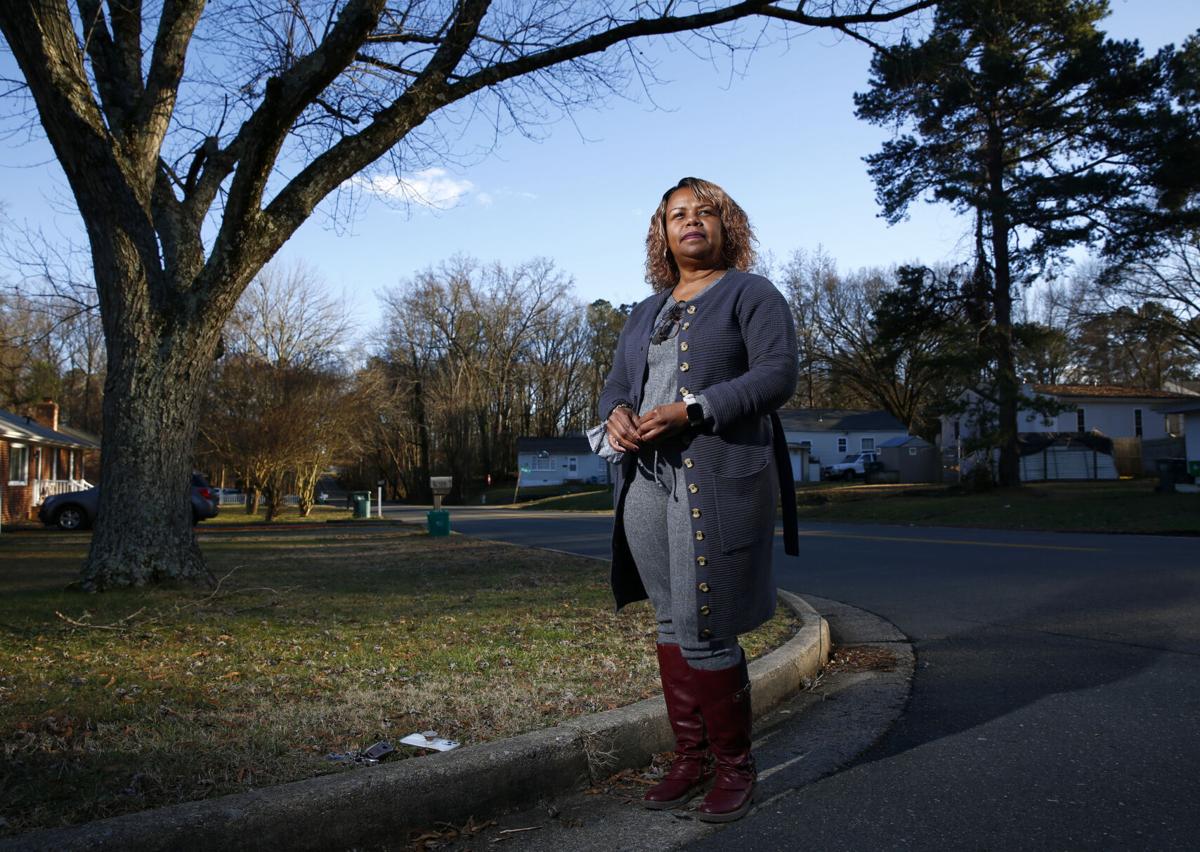 Renée Thompson Truehart, a Henrico County real estate agent and author, stood beside West Washington Street in Highland Springs on Monday, near where she had saved a wandering toddler last week.

Truehart was driving when she saw a toddler who had wandered into the street in Highland Springs on Jan. 4. She chronicled the experience in videos that she posted to social media. 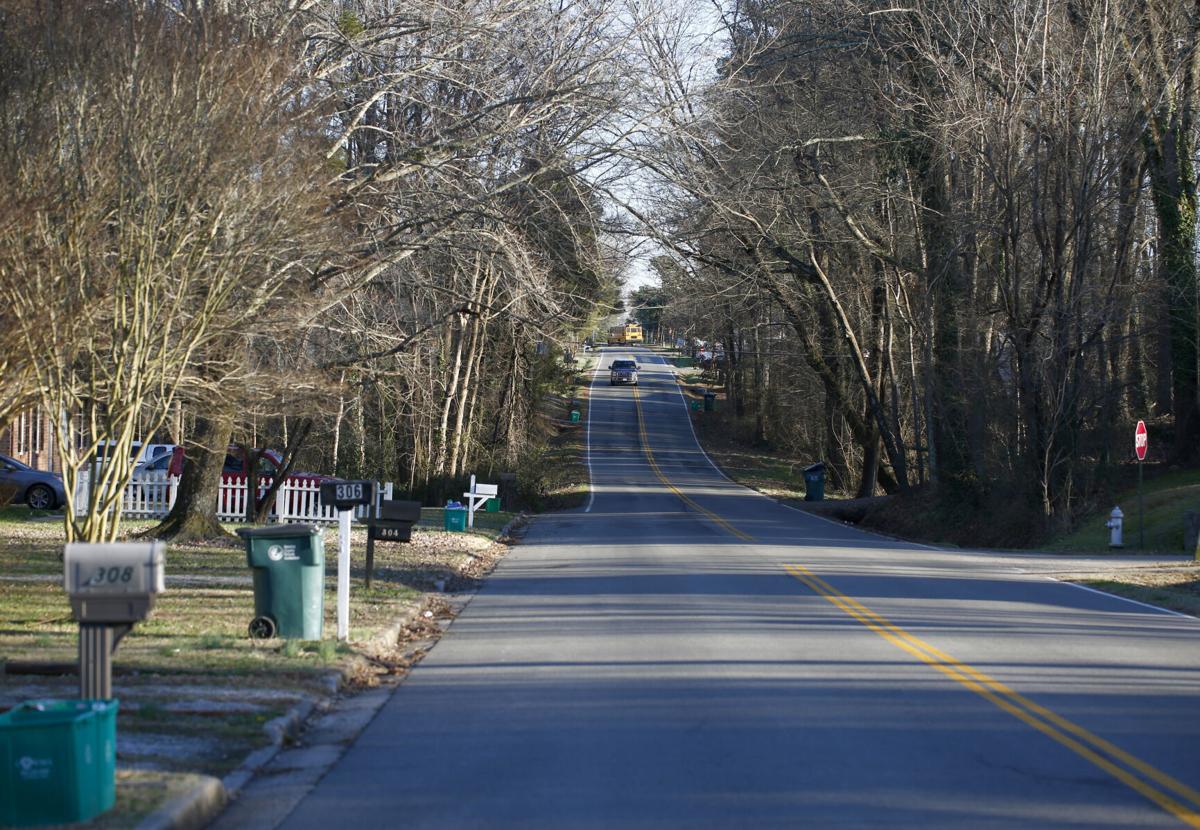