'We are all extremely frustrated with the delays, to put it mildly': GRTC employees won't be vaccinated until next month at the earliest
6 comments
Share this
{{featured_button_text}}
1 of 3 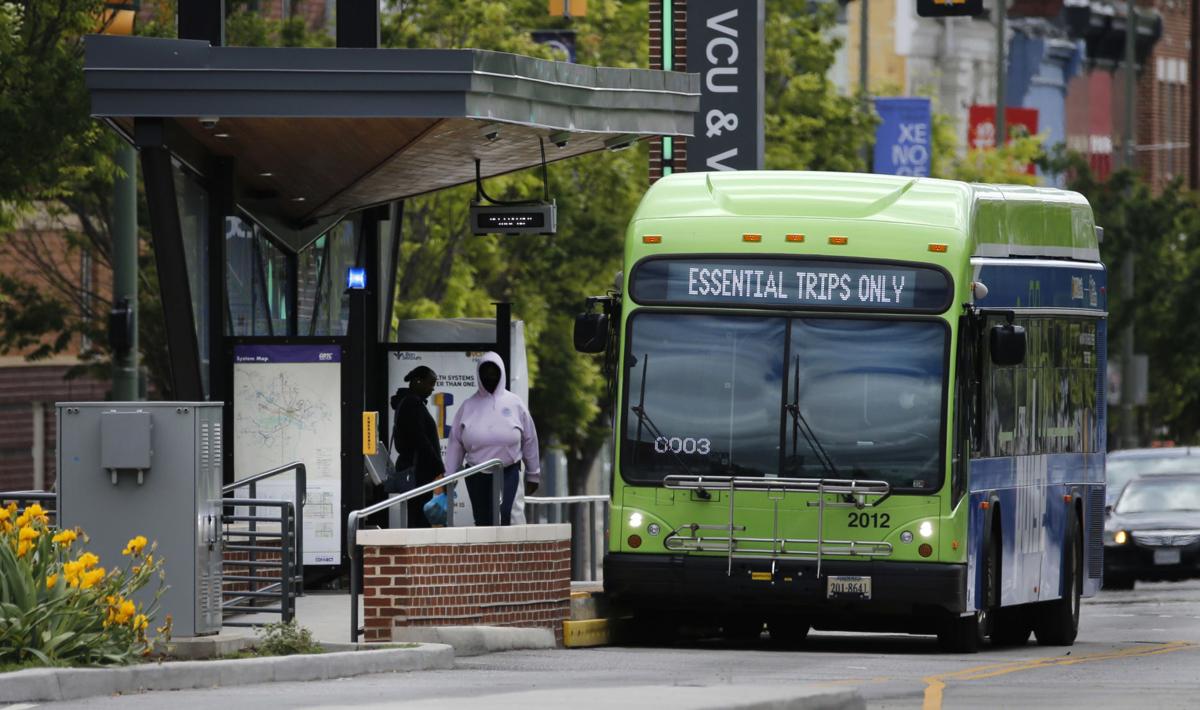 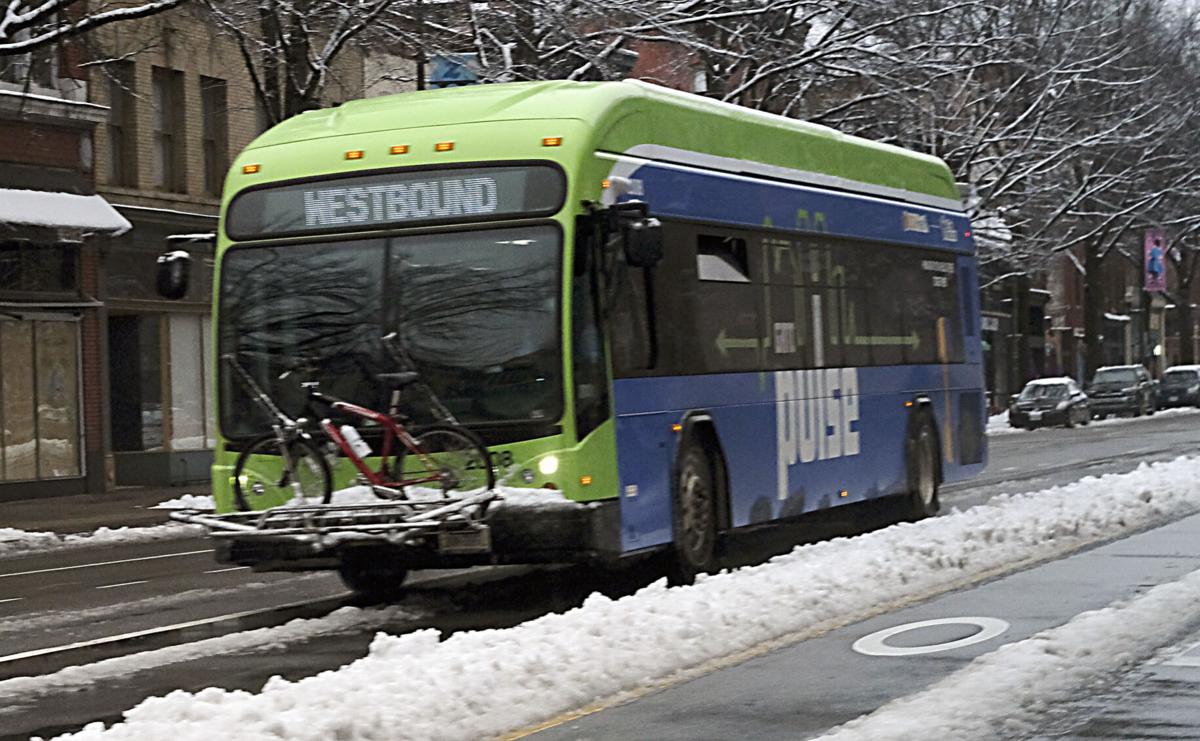 A Pulse bus heads west on Broad Street. GRTC reported 63 coronavirus cases among its staff as of Wednesday. 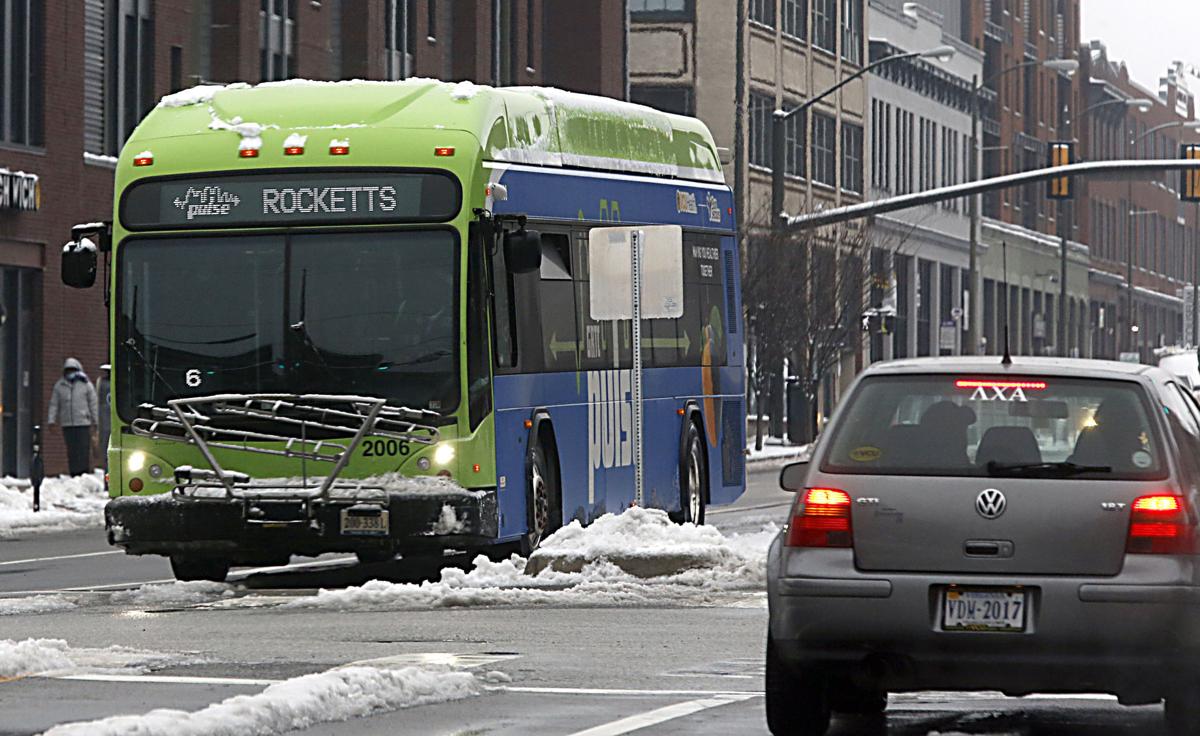 Most GRTC Transit System bus drivers and employees will need to wait at least a month or longer for a COVID-19 vaccine as a limited supply of doses continues to hamper local health officials’ vaccination efforts.

“I will continue to fight to get transit workers to be prioritized more quickly. However I understand that there really is only so much our local health partners can do when they just don’t have enough vaccine in hand and no word on when they will get enough to meet the demand,” Timm said in a statement to the Times-Dispatch. “We are all extremely frustrated with the delays, to put it mildly.”

GRTC, which has continued operations with limited service cuts since the start of the pandemic nearly a year ago, reported about two dozen positive cases in the first seven months of the health crisis. It has reported 39 cases since November, however, underscoring the urgency to vaccinate the system’s front-line workers as thousands of passengers continue to ride each week.

As of Wednesday, GRTC has reported a total of 63 cases among its workforce. Two employees have died of the virus; 49-year-old bus driver John Thrower and a second person the transit company has not named publicly at the request of family.

The union’s local chapter represents more than half of GRTC’s approximately 475 employees.

“We’ve been out there since day one, risking our lives for this economy,” said John Costa, ATU international president. “The public, our leaders and these agencies owe it to them” to not keep them waiting longer “and possibly make the ultimate sacrifice.”

Since the beginning of the virus, GRTC has attempted to arrest the spread by suspending fares, installing barriers around bus drivers, and asking riders to wear masks and board through rear doors. GRTC spokesperson Carrie Rose Pace said 37 of the company’s employees are over 65, making them eligible for the vaccine now.

The Virginia Department of Health last month announced that it would begin giving vaccines to school teachers, police officers, firefighters, workers in correctional facilities and homeless shelters, and people 75 and over. Other front-line workers in the 1b priority category — grocery store clerks, bus drivers, and food and farm industry workers — would be eligible soon after.

About a week later, after Gov. Ralph Northam expanded eligibility to people 65 and older, federal officials told states they did not have a stockpile of doses they previously claimed were in reserve.

The situation has frustrated local and state government and health officials across the country as they try to inoculate the public after a new peak in cases over the holiday season. In Virginia, new daily cases peaked at 9,914 last month.

About 33,800 vaccines are being administered each day, according to the state Health Department. Around 972,000 people, 11.4% of the state’s population, have received at least one dose.

Northam recently asked all of the state’s school systems to make in-person instruction available by March 15, but Richmond city and school division officials say it would be difficult to meet that deadline.

In a news briefing this week, Richmond Mayor Levar Stoney said the city may not be able to vaccinate all of its school division’s teachers until March or April.

“We are currently being inhibited by vaccine supply,” said Catherine Long, a spokesperson for the Richmond and Henrico County health districts. “With the current amount of supply available to us, we are not expecting to have vaccines available to the rest of Phase 1b until March at the earliest.”

The delay for transit workers could also worsen racial inequities in health outcomes.

Nearly 70% of GRTC’s riders and 80% of its employees are Black, according to a 2019 passenger survey and information from the transit company. Black residents account for 60% of the city’s total hospitalizations and 46% of all its cases. About one-third of those who’ve tested positive in Henrico are Black.

The Richmond and Henrico health districts do not have race and ethnicity recorded for 45% of vaccinations, but the available data shows that Black people in each jurisdiction make up around 10% of those vaccinated.

GRTC will suspend bus service Saturday due to the Ice Storm Warning issued for the Richmond area through early Sunday morning.

GRTC will evaluate weather conditions throughout the day and  announce its reopening plans by late Saturday evening.

GRTC will suspend bus service Saturday due to the Ice Storm Warning issued for the Richmond area through early Sunday morning.

A Pulse bus heads west on Broad Street. GRTC reported 63 coronavirus cases among its staff as of Wednesday.