Williams: In Richmond, equity is a work of art.
0 Comments
Share this
1 of 7 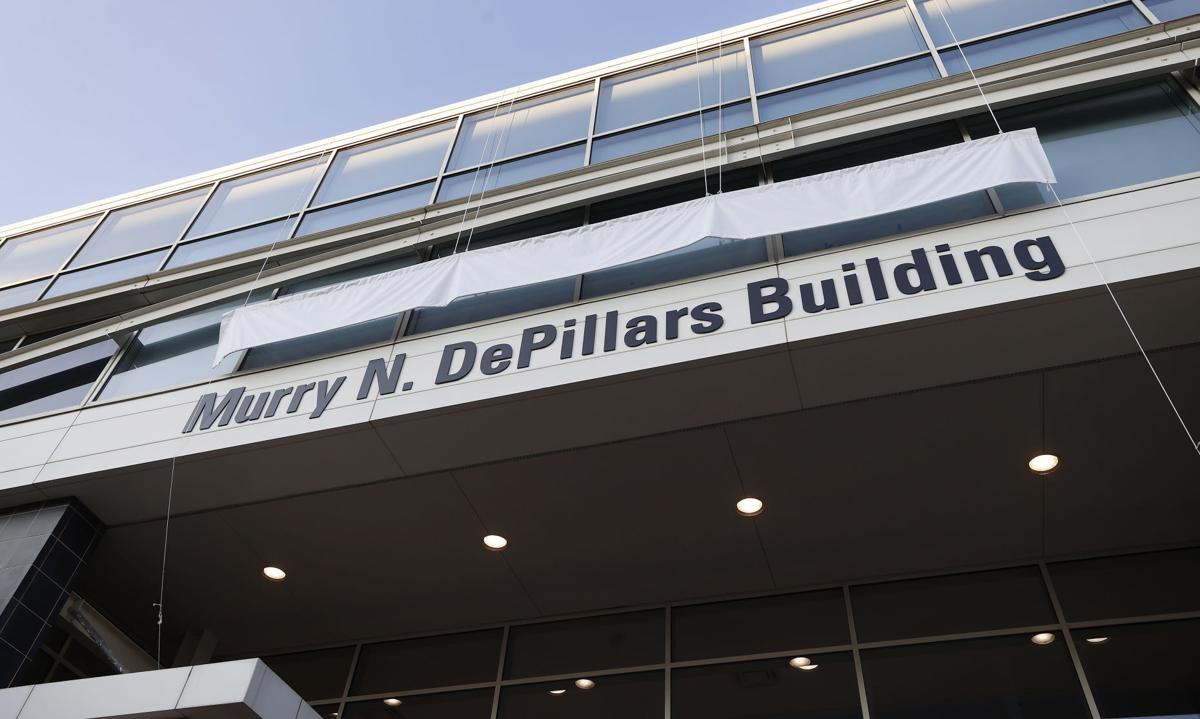 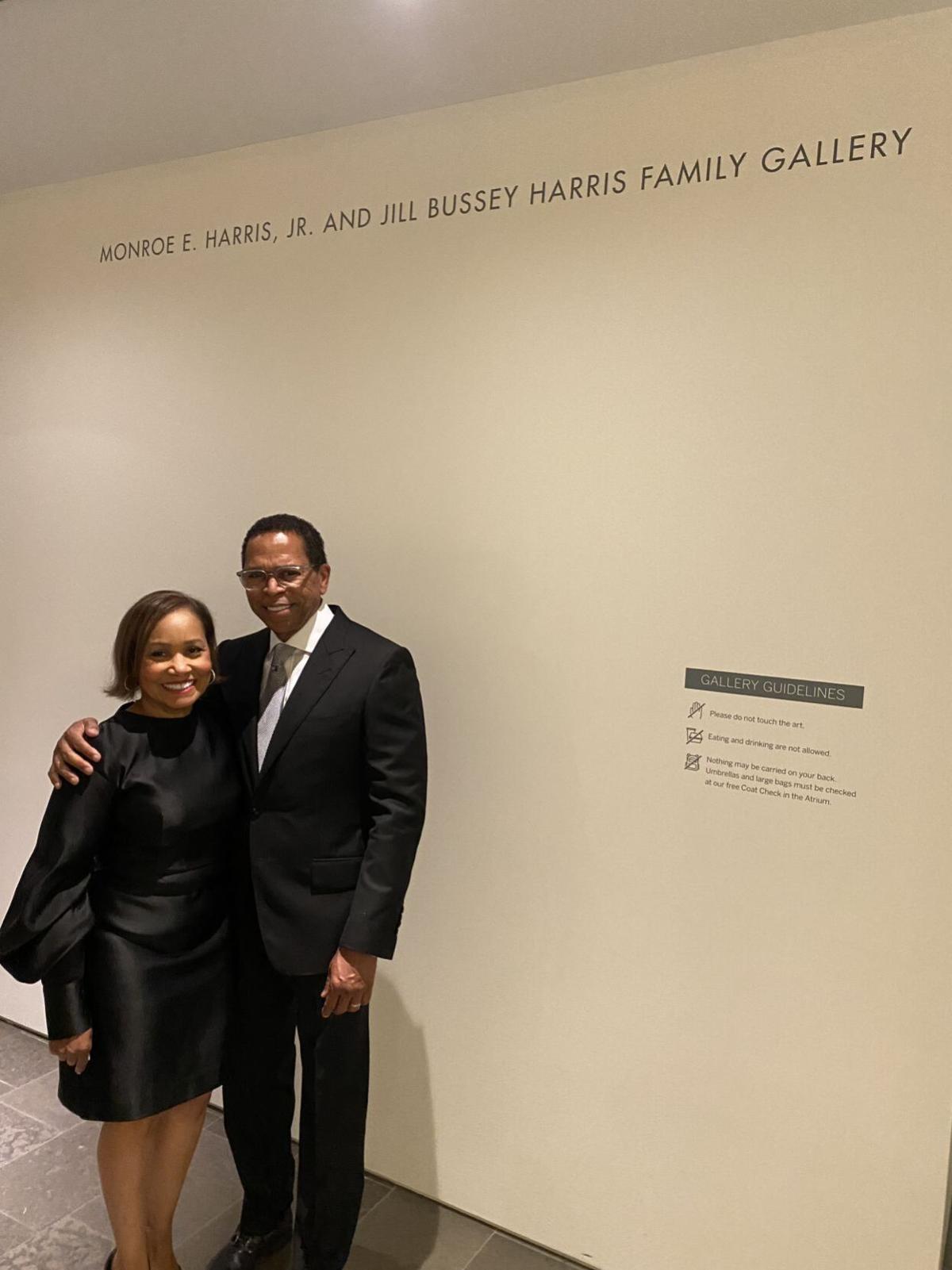 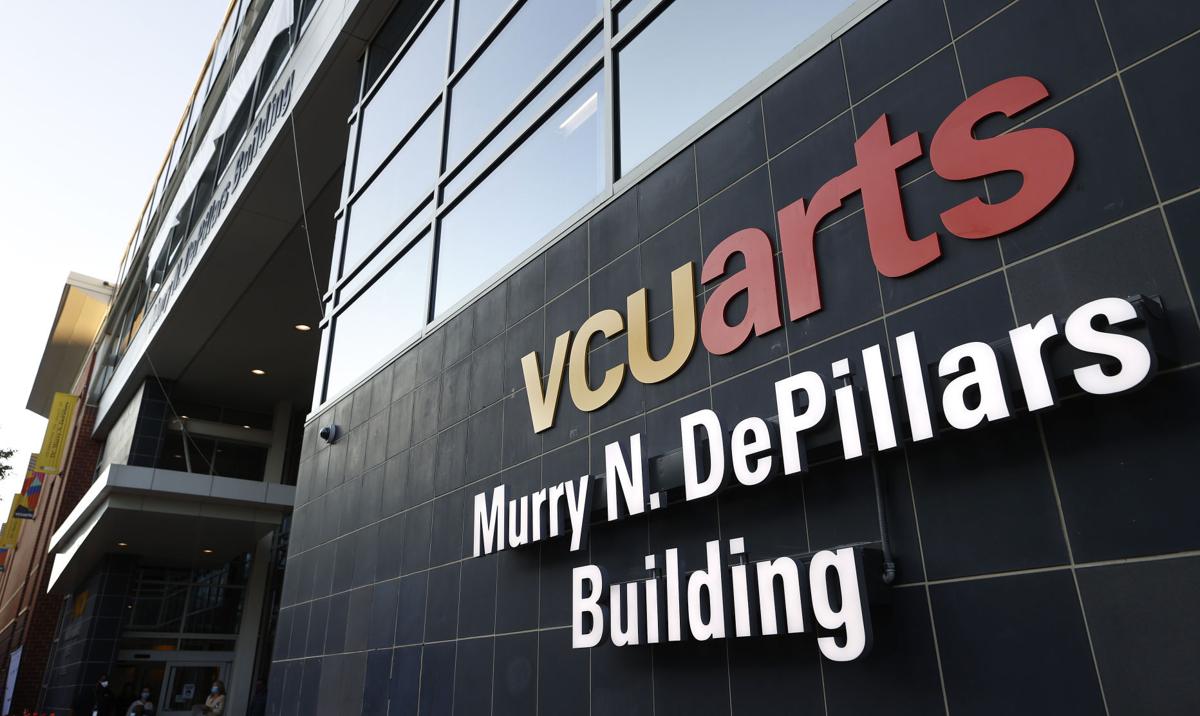 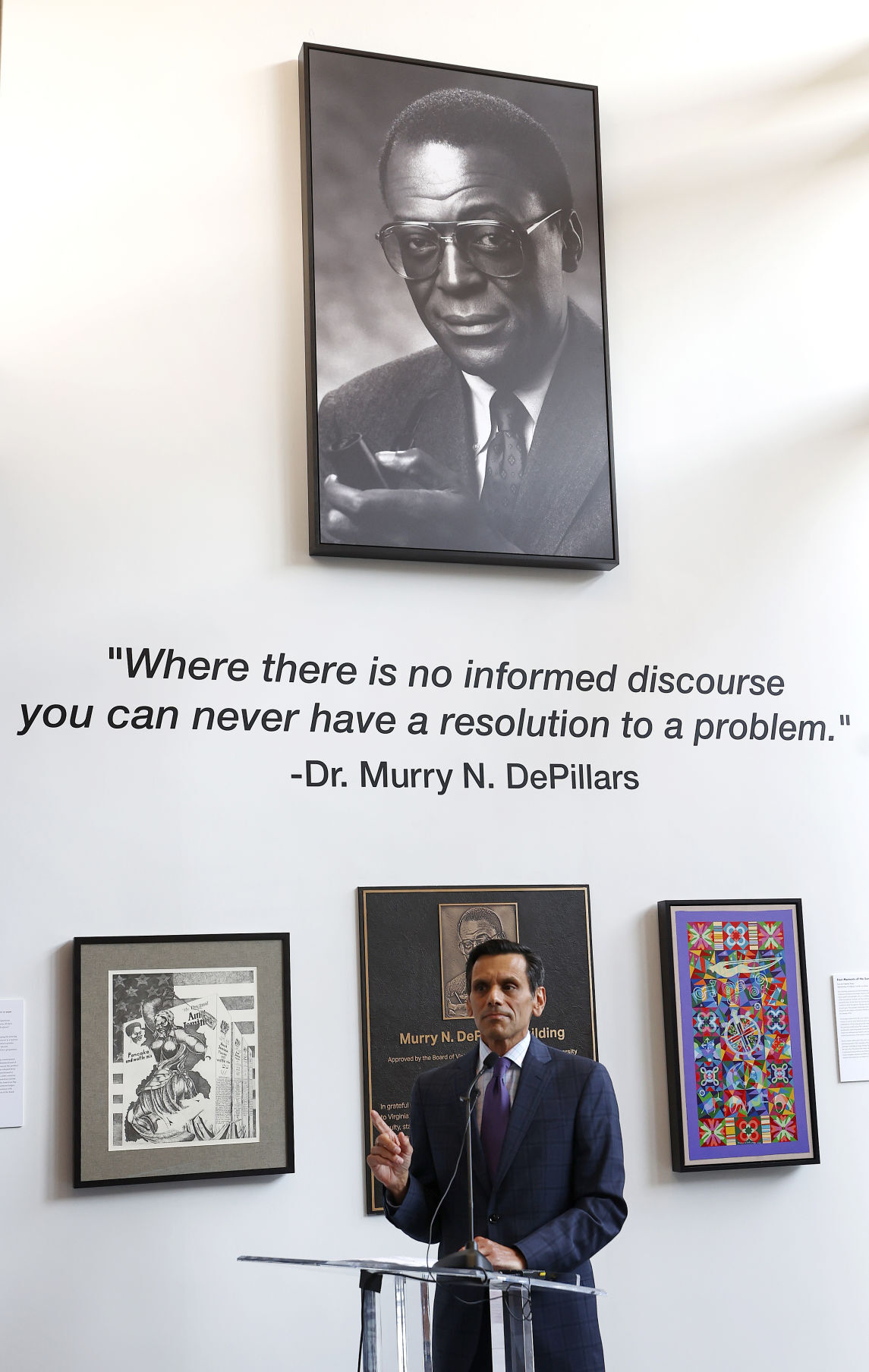 VCU President Michael Rao spoke Thursday during the ceremony to unveil a sign renaming the arts building to the Murry N. DePillars Building. 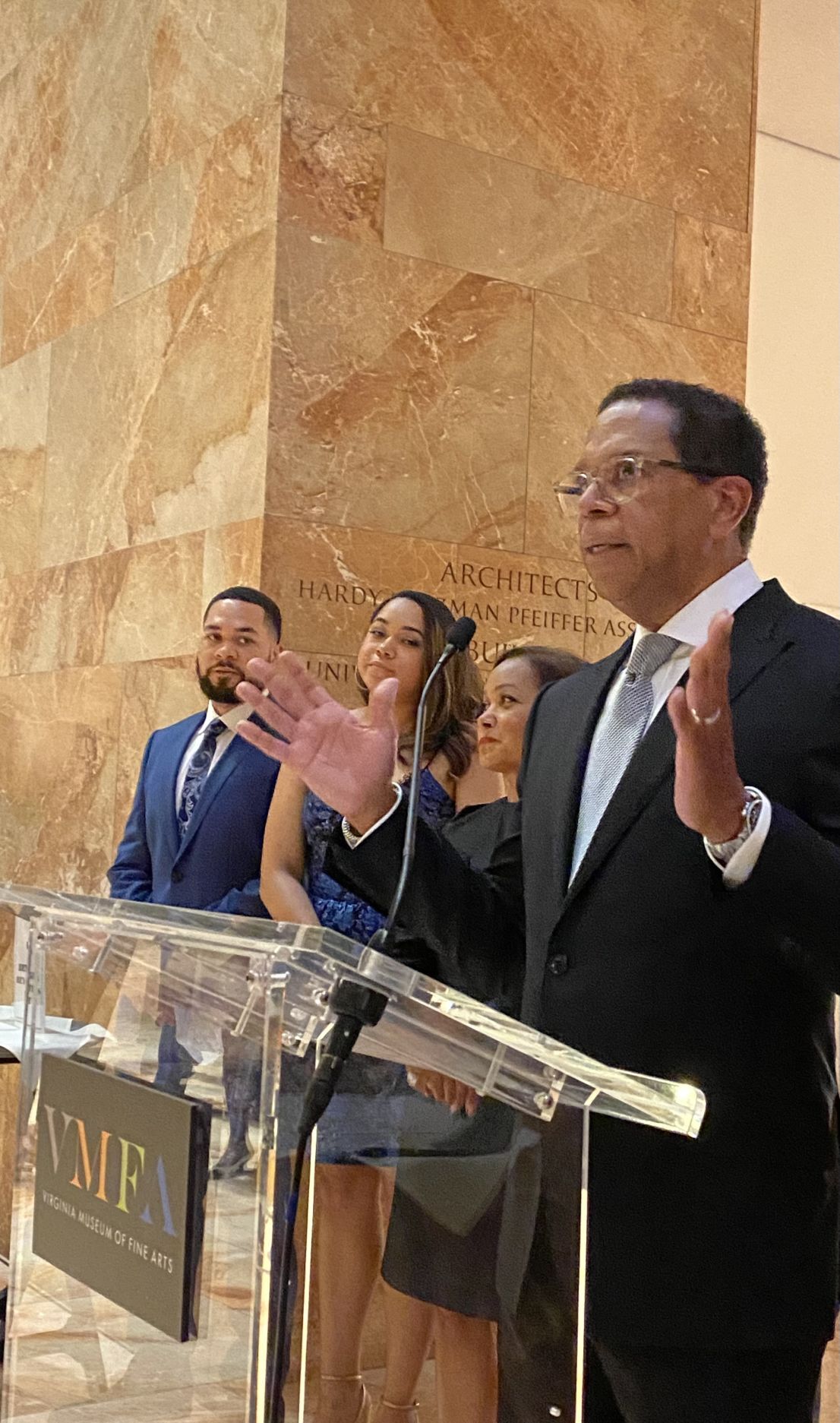 Monroe E. Harris Jr., president of the board of trustees at the Virginia Museum of Fine Arts, was joined at Thursday's gallery dedication by (left to right) his son Monroe III, his daughter Madison, and wife Jill Bussey Harris. 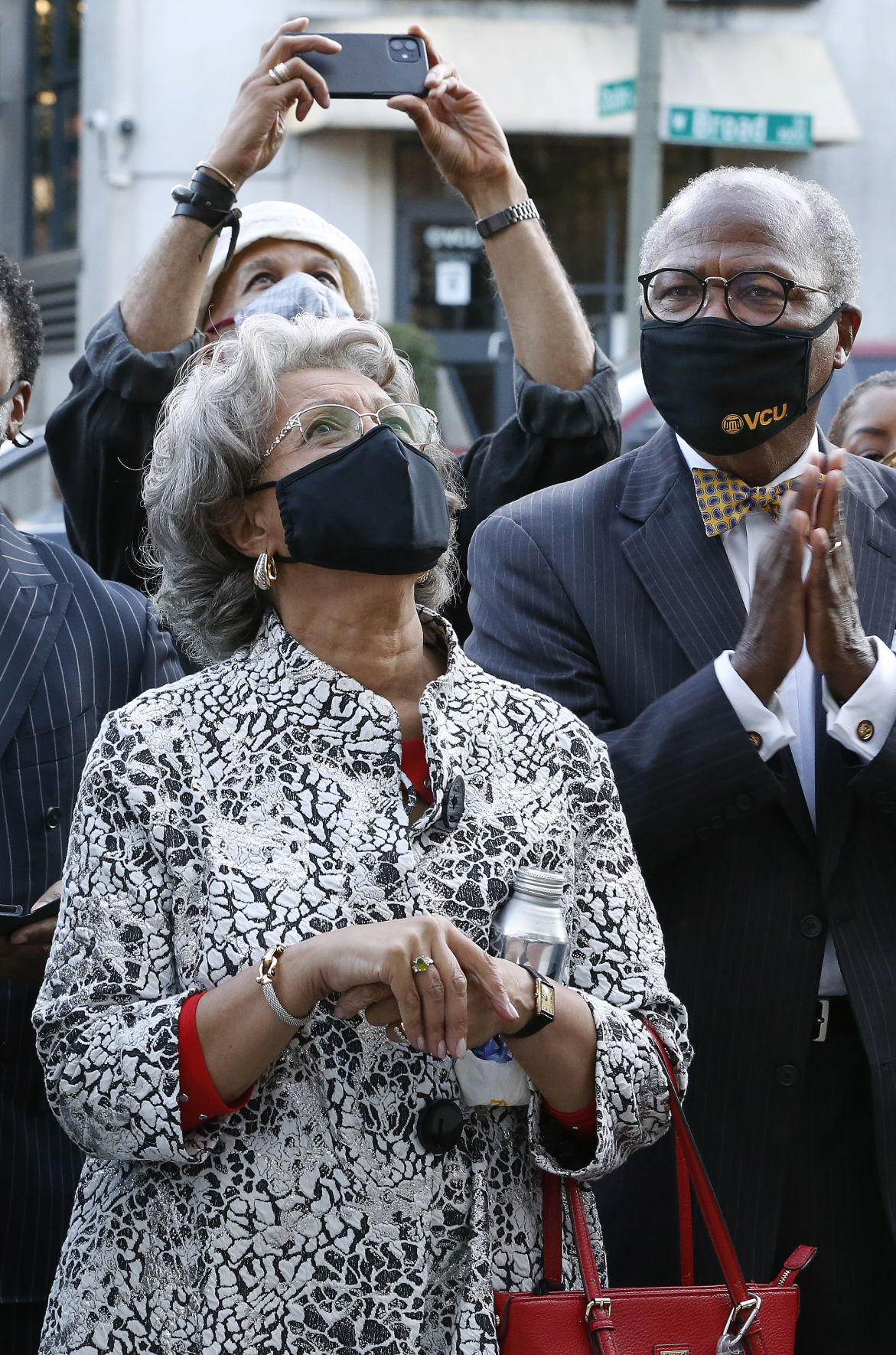 Mary DePillars looks at the Murry N. DePillars Building sign after it was unveiled Thursday, October 30, 2021. The former VCU Fine Arts Building, was renamed after her husband, the school's first African American dean. 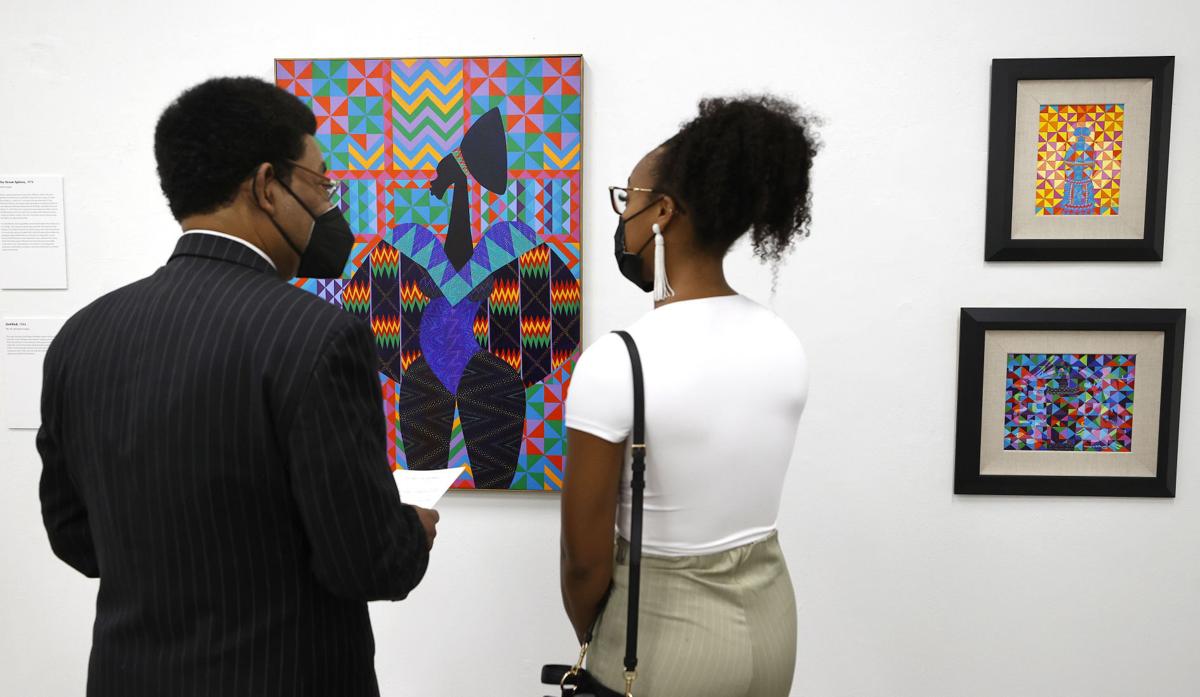 For too long, African American artists, art patrons and art lovers in Richmond had few prominent places to call their own.

The Virginia Museum of Fine Arts — flanked by the Confederate Memorial Chapel and the United Daughters of the Confederacy headquarters — had an unwelcoming aura and a paucity of works by Black artists. Virginia Commonwealth University’s School of Fine Arts climbed to the top of national rankings, but failed to properly recognize the Black man who put it on the map.

But if equity is a work of art, Thursday was a masterpiece.

The VCU Arts building was named for Murry N. DePillars, the school’s dean from 1976 to 1995. And VMFA named an art gallery for Monroe E. Harris Jr., the first Black president of its board of trustees, and his arts supporting wife, Jill Bussey Harris.

During a reception after the gallery opening, Black patrons of the arts sipped champagne and toasted Harris, whom VMFA director Alex Nyerges said is a history maker not only in Virginia but also nationwide as a Black board president of a major mainstream fine arts museum.

So much of Richmond’s transformation is symbolic: the removal of some statues, the addition of others; the appearance of vibrant murals in public spaces, transforming our city’s vibe from hidebound to hip; and now, big bold letters celebrating Black movers and shakers.

Some folks dismiss this as a triumph of style over substance. But artists historically have been at the forefront of social change. Richmond’s arts community is no different.

Harris — standing in the museum’s Marble Hall with his wife, daughter Madison and son Monroe III — gave thanks to the museum’s leadership “for having the vision and courage to create an environment of diversity, equality and inclusion long before it was popular.”

He said there is no better representation of that inclusion than Kehinde Wiley’s “Rumors of War” at the museum’s entrance — a sculpture of a dreadlocked Black man on horseback, wearing a hoodie and Nikes, inspired by the statue of Confederate Gen. J.E.B. Stuart before it was removed from Monument Avenue.

Harris said the VMFA Board of Trustees now has 13 members of color — eight of them African American. His successor as president, Lynette Alston, chief of the Nottoway Tribe, will be the first Native American to chair a major U.S. art museum, he said.

“We are making great changes here. And who knew in the capital of the Confederacy that this would occur?”

He noted that the former group Friends of African and African American Art, during the nascent stages of the push for diversity at VMFA, asked him and Jill Harris to host a party to raise funds to buy a painting by DePillars.

“We raised the money, we bought the piece and donated it to the museum,” he said, describing as “awesome” the concurrent VCU celebration of DePillars, who died in 2008.

Marlene Paul, co-founder and executive director of the nonprofit ART 180, recalled a time when Harris would have been one of the few people of color at a VMFA event rather than its headliner. Indeed, Paul was among a minority of white people in the Marble Hall on Thursday.

A lot has happened in the past decade in Richmond, particularly the past two years, said Paul, whose organization serves young people ages 8-18 living in challenging circumstances in Richmond.

“Like Monroe said, art can be transformative and be a catalyst for a lot of things. And because our city is changing, finally, we’re feeling this energy and this momentum to really get some things right,” she said.

VMFA embodies that change as a former site of exclusion whose $150 million expansion, completed in 2010, helped transform the museum physically and spiritually into a more open space. Perhaps there is something there for Richmond to emulate.

Dennis Winston, an artist and VMFA faculty member, recalled seeing few other Black people in the museum when he visited it as a youth.

But nowadays, during its jazz cafes, “People who would never come together in Richmond are here in this museum,” he said, adding: “It’s amazing to see the growth, the inclusion in the museum, the collections, people working here, the people they’ve hired ... It’s our museum now, it really is.”

Of course, we know how the Obama era ended. Making history, in itself, solves nothing. Name changes are game-changing only when accompanied by long-term vision.

Our city, created as an infrastructure of oppression, can be refashioned as a welcoming and inclusive place.

We have a blueprint; we need the will.

VCU President Michael Rao spoke Thursday during the ceremony to unveil a sign renaming the arts building to the Murry N. DePillars Building.

Monroe E. Harris Jr., president of the board of trustees at the Virginia Museum of Fine Arts, was joined at Thursday's gallery dedication by (left to right) his son Monroe III, his daughter Madison, and wife Jill Bussey Harris.

Mary DePillars looks at the Murry N. DePillars Building sign after it was unveiled Thursday, October 30, 2021. The former VCU Fine Arts Building, was renamed after her husband, the school's first African American dean.