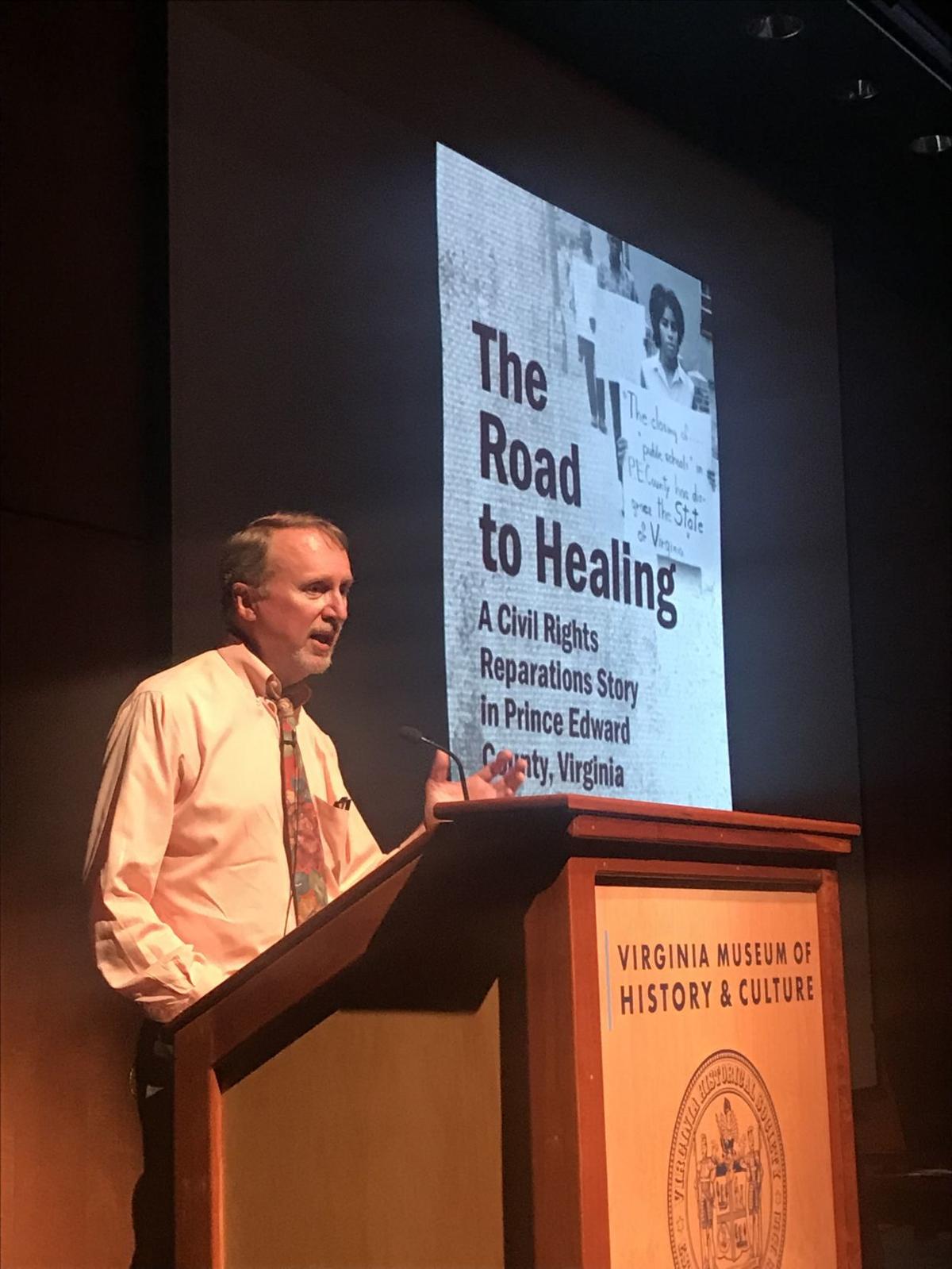 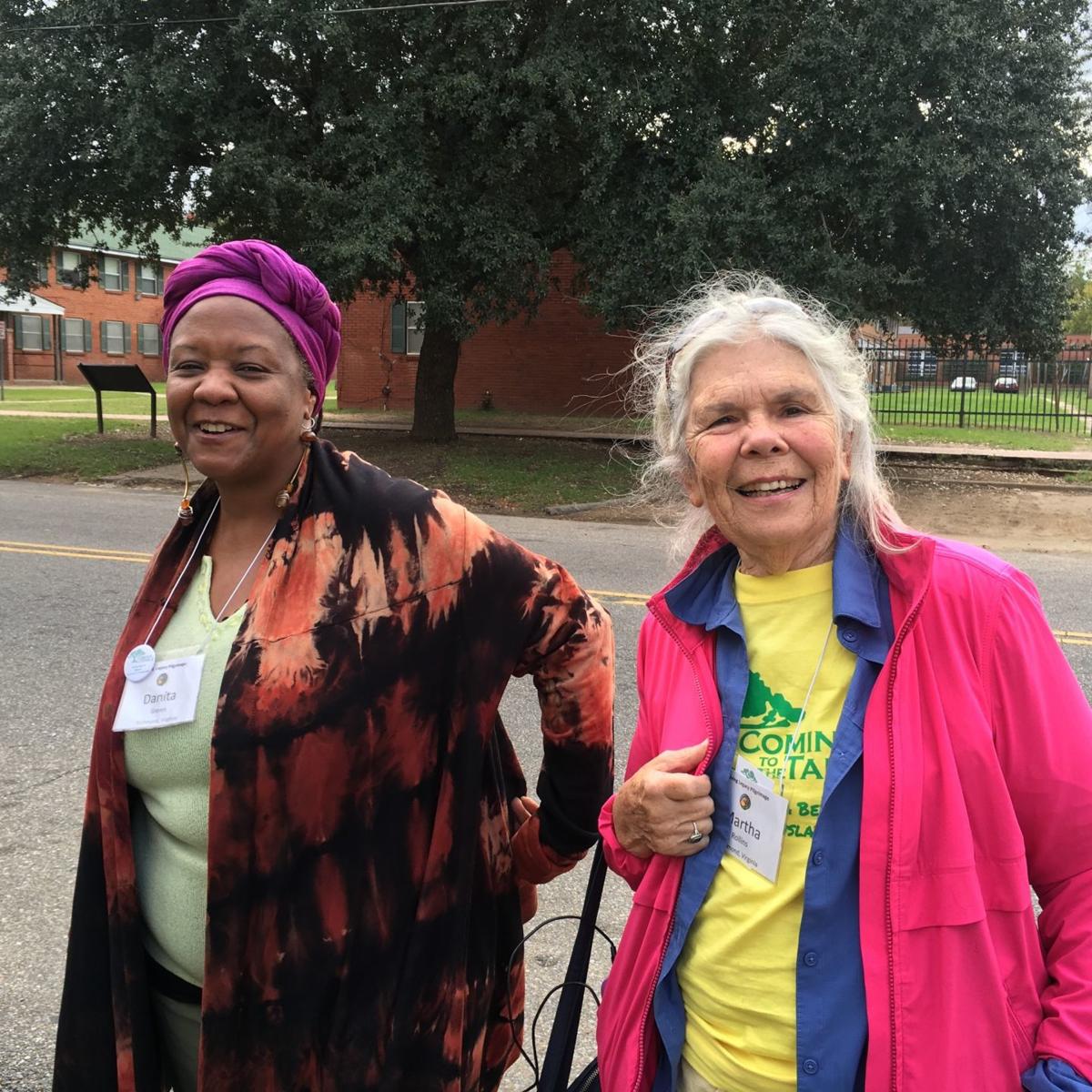 Conversations about how to address the legacy of slavery for the descendants of the enslaved tend to sputter on the fumes of guilt, resentment, denial and defeat before shutting down altogether.

“I refer to it as the barbed-wire history,” said Danita Rountree Green, an author and trauma healing facilitator. “Every time we come close to it and get pricked, we back up and say, ‘Oh no, we’re not going to deal with that.’”

But the idea of reparations, she added, “is so much more than money. And just like anything in your house that’s broken, the longer you wait to fix it, the worse it gets.”

Coming to the Table-RVA, the local chapter of a national organization committed to racial healing and social equity, held a forum on reparations Wednesday at the Virginia Museum of History and Culture.

Titled “Repairing What is Broken,” the event was timely on a topic that appears to be gaining momentum.

“I don’t know if you all have noticed, but a lot of the presidential nominees, or the would-bes, are talking about reparations,” said Green, co-convener of Coming to the Table-RVA along with Martha Rollins. And in January 2018, a working group of the national Coming to the Table produced a 21-page guide on reparations.

Reparations, Green explained, means “to repair what is broken. And so yes, that does mean maybe some money down the road. But long before we get there, we have to repair our foundation. Where we started in this country. That is actually what is broken.”

The evening’s featured speaker was Ken Woodley, former editor of the Farmville Herald and a man who shepherded a form of reparations through the Virginia General Assembly: a scholarship program for the casualties of one of the most notoriously noxious episodes in the history of public education in the U.S.

In his book “The Road to Healing: A Civil Rights Reparations Story in Prince Edward, County, Virginia,” Woodley details his journey from ignorance to awareness, and ultimately, to activism.

Woodley was born in Farmville, where his father attended Hampden-Sydney College, but moved to Richmond at age 2, “about the very week that Prince Edward voted to defund education,” he recalled. But it’d be two decades before he’d learn the truth.

He returned to Prince Edward to attend Hampden-Sydney. He graduated unaware of Massive Resistance, the school closings and the fierce advocacy of both by the Farmville Herald until after he went to work at that newspaper.

As he flipped through the pages of “They Closed Their Schools,” by Robert Collins Smith, “I felt at that moment that life had parachuted me behind enemy lines,” he recalled.

In 2003, the General Assembly was considering a resolution of profound regret and apology for Virginia’s role in closing Prince Edward’s schools.

And Linwood Davis, a Latin teacher at Prince Edward County High School, was asking the county school board to award honorary diplomas to the more than 2,000 county residents who were left without a formal education. Those two ideas planted the seed for his idea for state-funded scholarships for those residents, whether they aspire to GEDs or master’s degrees.

That’s a microcosm of the sort of thing that needs to happen on a national scale. We can’t work out the details until we finally start talking seriously about this.

“This moment is ours. It’s the only chance we have,” Woodley said. “And even one small course correction over a long journey can bring about important change.”

The sound you heard just now is folks wailing, “Why can’t you get over it?”

Well, because too much is at stake.

“I want you to open your hearts and minds to the notion that maybe reparations is not just a good thing for black people,” Green said.

“It’s a good thing for all people. If we can go back and reset our moral compass and see each other in the eyes of each other, we would have a totally different nation that would actually live up to the words that our founding fathers wrote but never truly understood.”

Four hundred years ago, the first Africans arrived in Jamestown. Sixty years ago, something awful happened in Prince Edward County. When the U.S. Senate finally got around to apologizing for slavery in 2009, the apology came with the disclaimer that it could not be used to claim reparations.

Our nation is broken, in no small part because it has never atoned for its legacy of white supremacy. It won’t be whole until it does.

Danita Green, an African American author and activist from Richmond, likes to tell people she was born in a country where she didn’t have all …