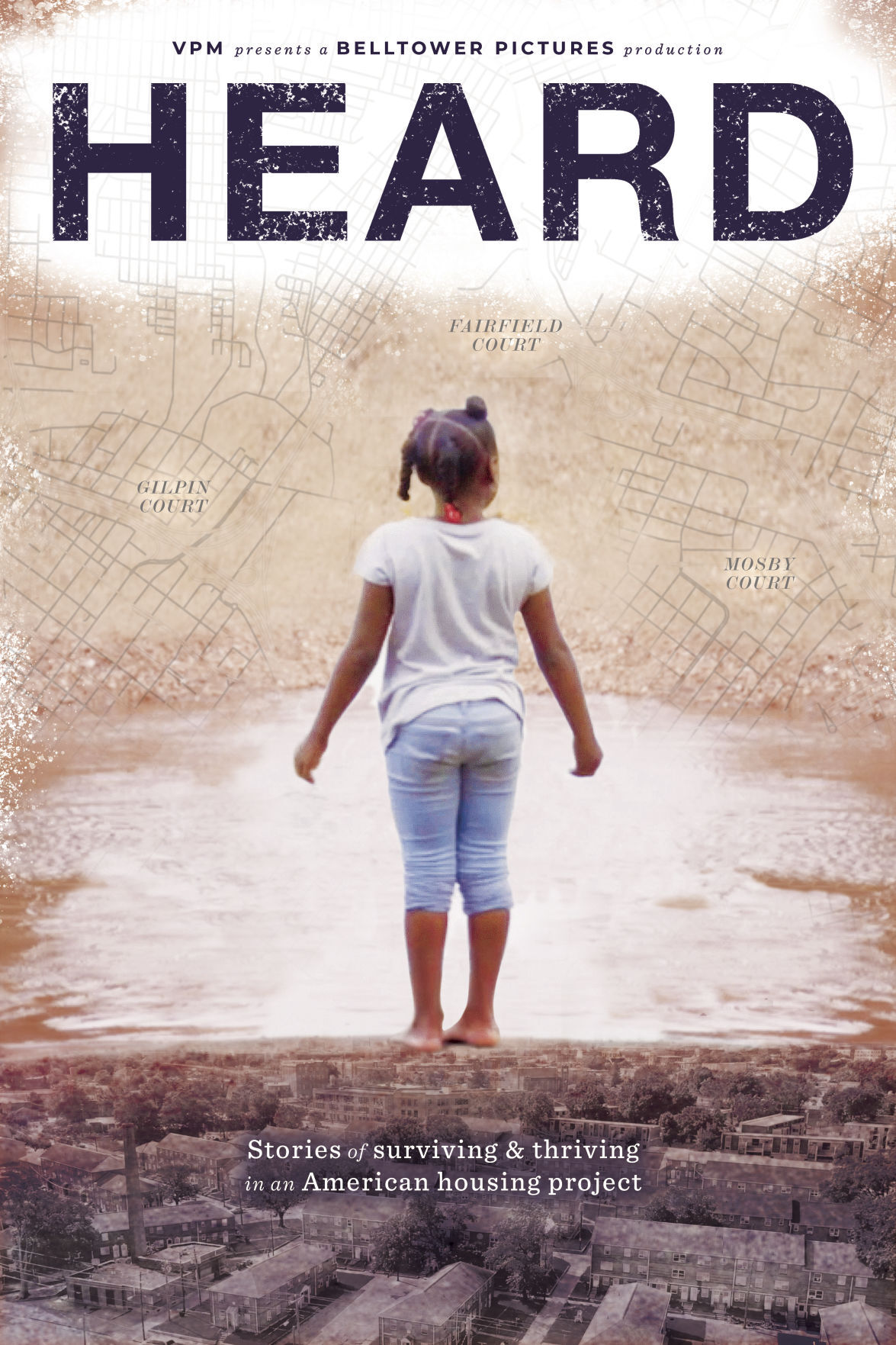 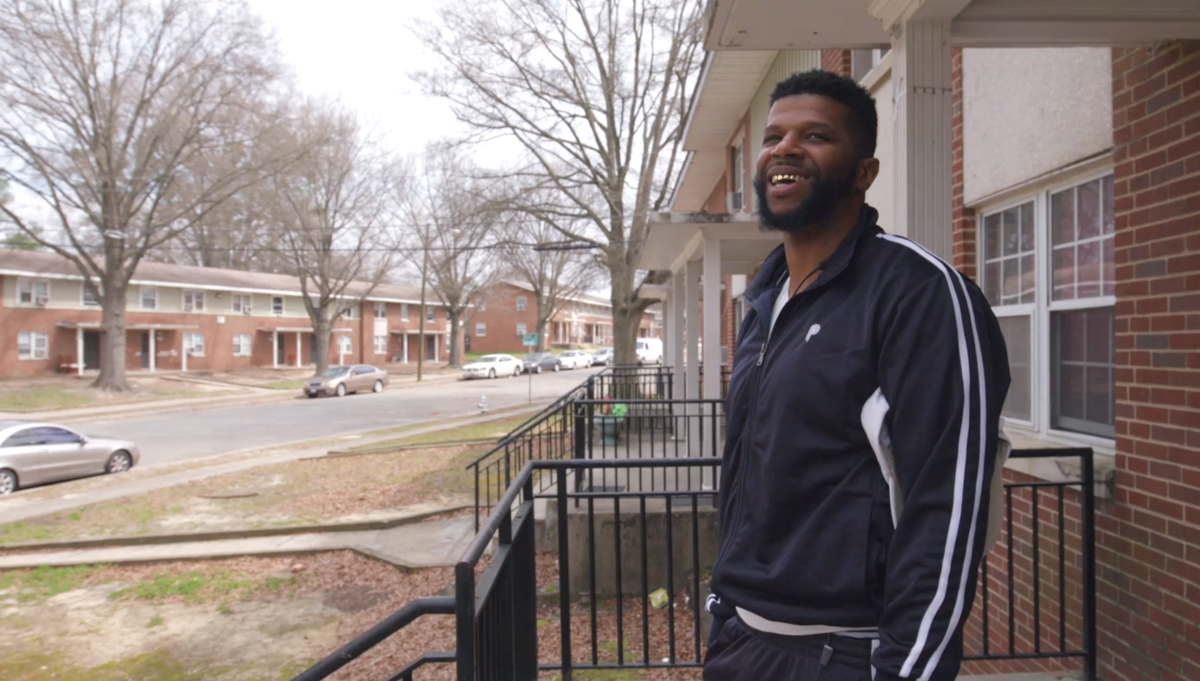 Von Johnson is one of the residents of Richmond’s public housing community featured in the documentary, “HEARD.” 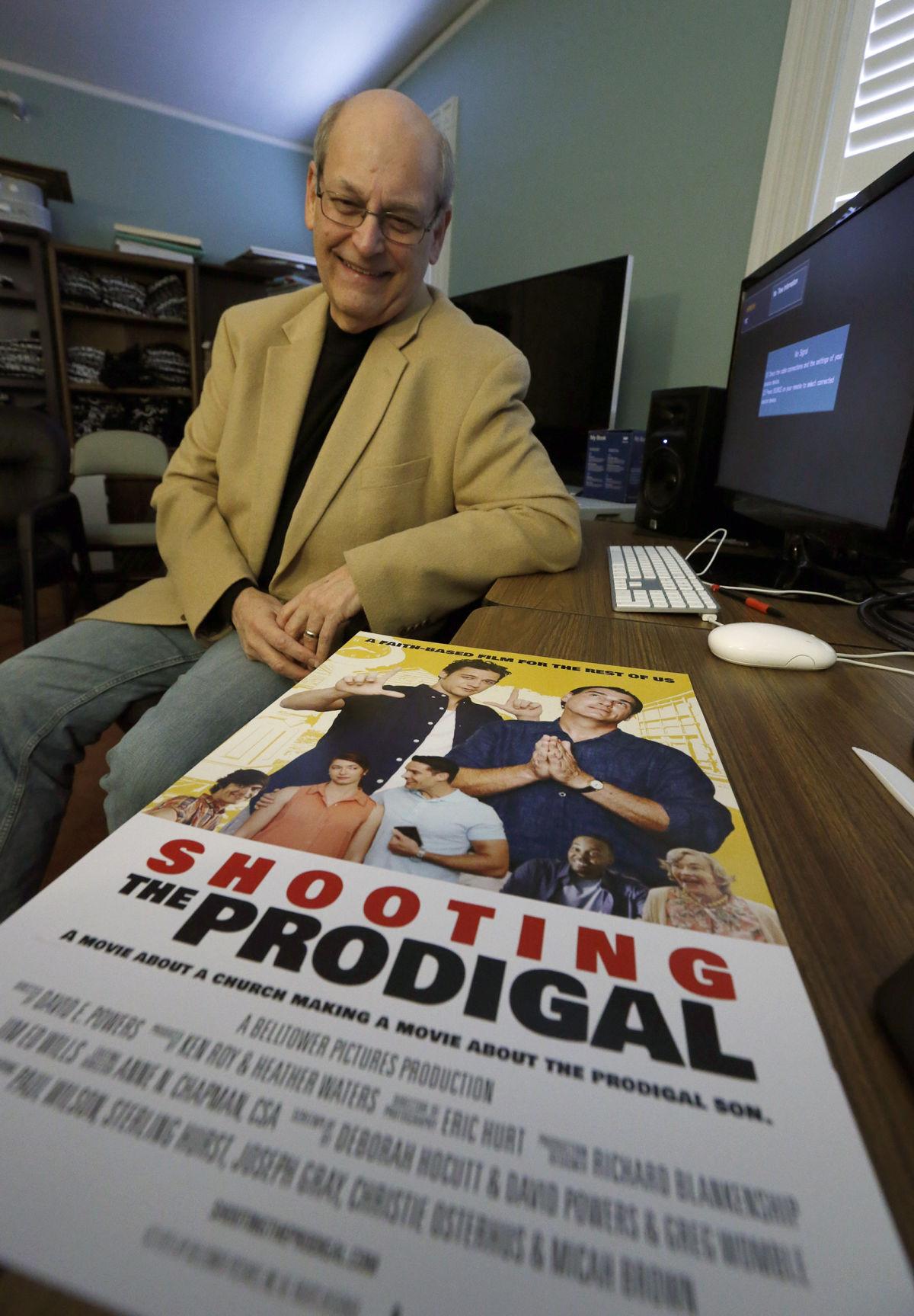 David Powers, producer of “Shooting the Prodigal”, looks at a poster for the film which is still being edited in Richmond, VA Tuesday, Dec. 1, 2015. 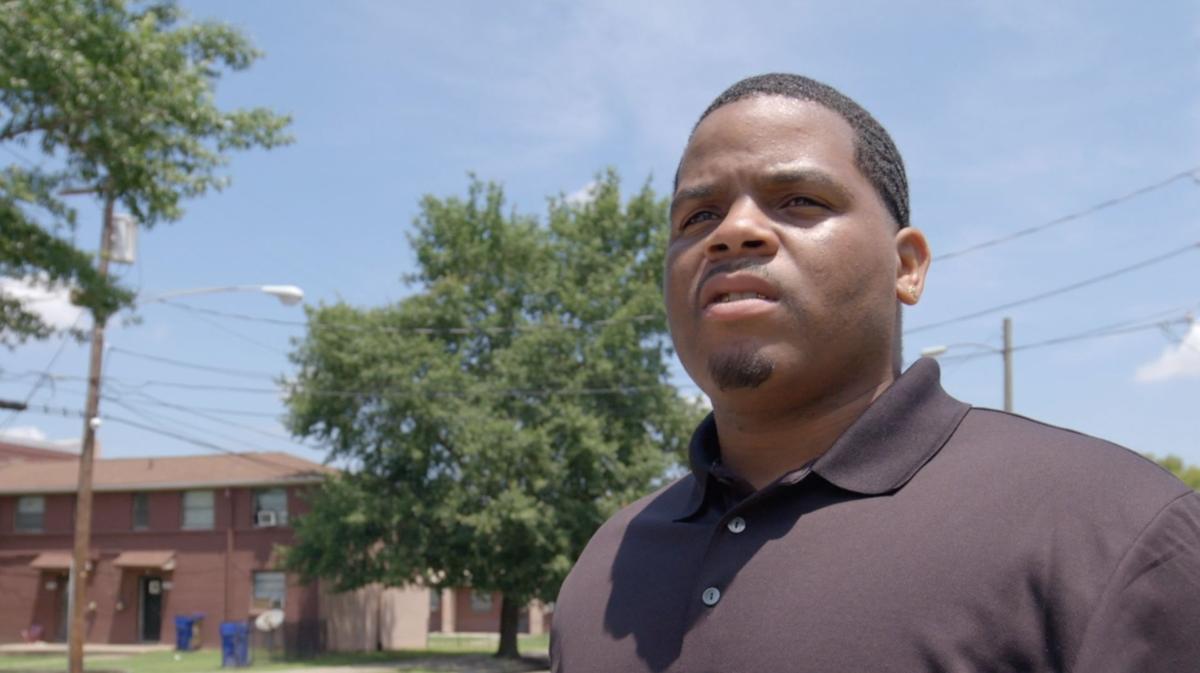 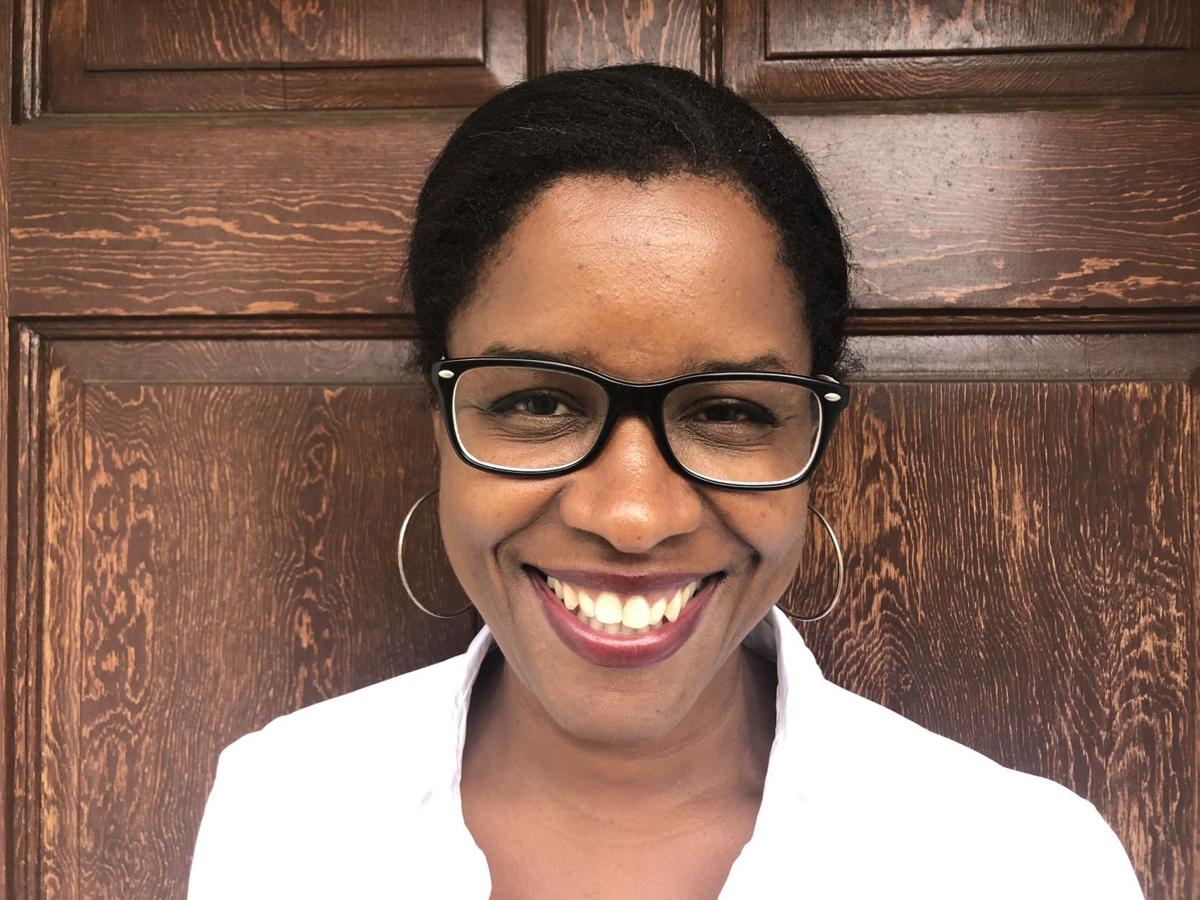 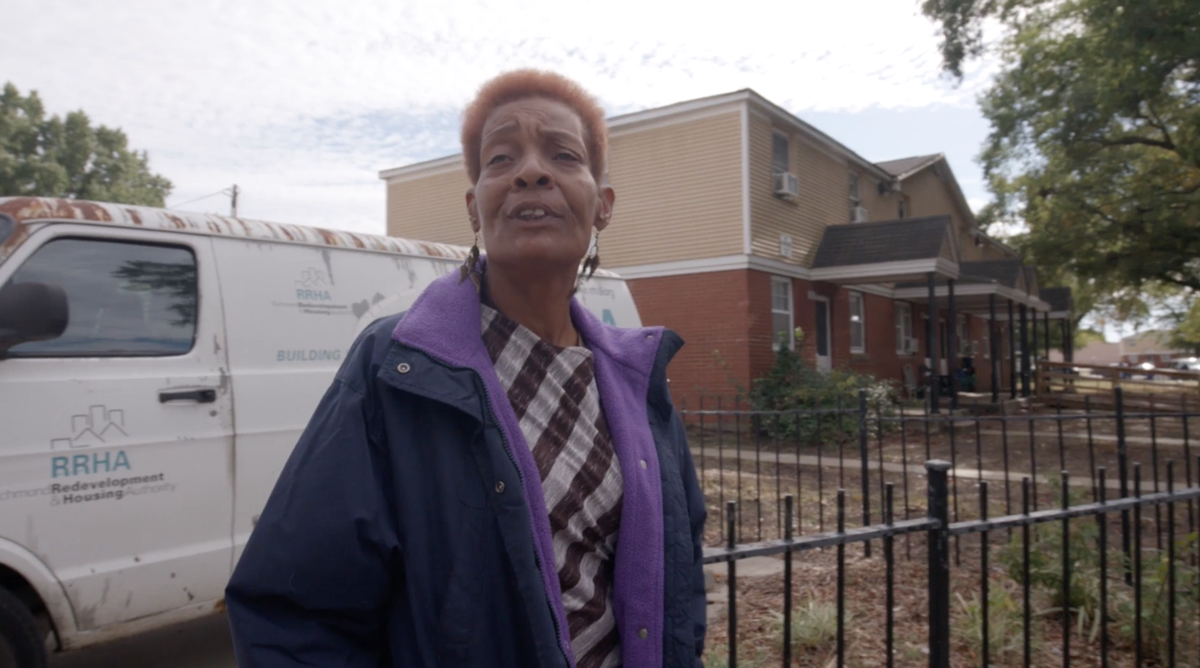 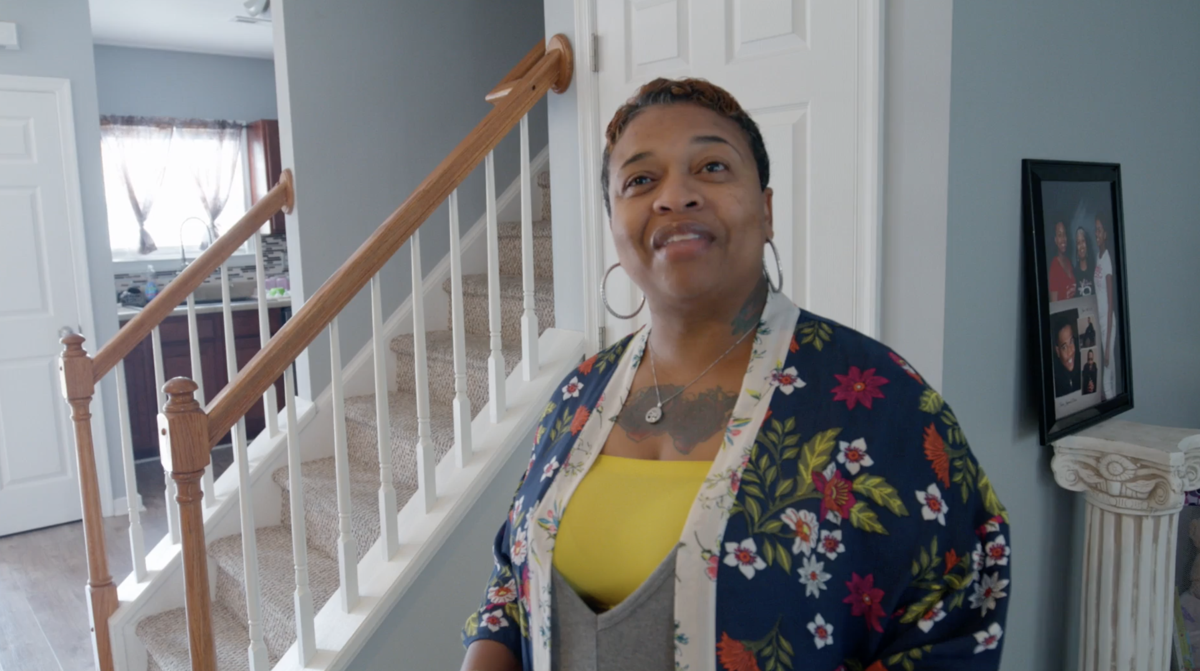 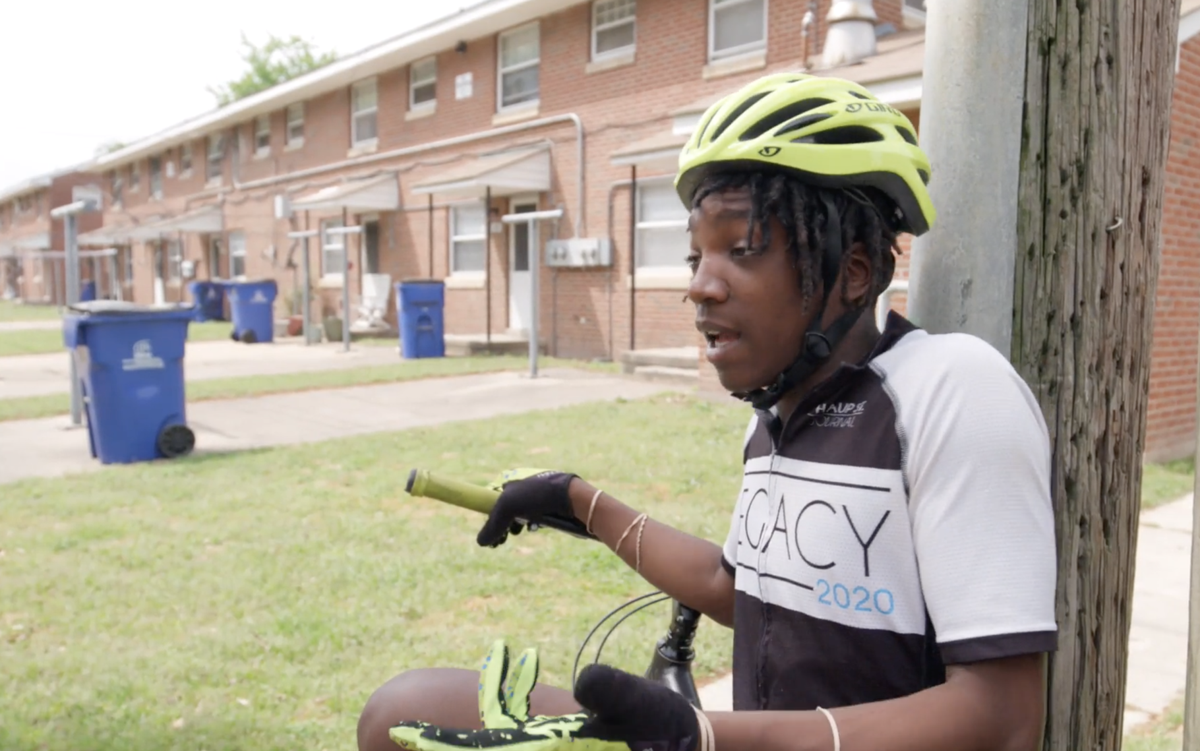 Fresh on his mind were four murders that had recently been committed during one day in Gilpin. He concluded that he didn’t know how to cure poverty, violence and despair. But he did know how to make films. He began reading books and interviewing people about Richmond’s public housing. But there was one thing his crash course didn’t turn up.

“I couldn’t find anything that let people just tell their stories,” he said.

Powers set out to change that. The result is “HEARD,” a documentary by Powers’ Belltower Pictures in partnership with VPM. It premieres Thursday at 9 p.m. on VPM and will also be available at VPM.org/heard. In February, the film will air on PBS stations nationwide.

In the documentary, a youth cyclist rides uphill, without a father’s guidance, pedaling his way toward a college education. A man rises from incarceration to cut hair and counsel children to avoid his mistakes. A generous spirit meticulously tends to the flower garden in front of her apartment. A woman raised in Fairfield Court, raising three children as a single mom, works her way to home ownership. A young man writes his own story, with a happy ending.

The filmmakers had a socially distanced screening for the film’s subjects.

“Man, I cried,” said Thompson, who called his participation in the project life-changing.

He called the documentary powerful. “There’s something there that everyone can take away from it. You can learn from this film.”

Thompson has completed his second book, which seeks to motivate young people. He paid his way through college and will be graduating from Virginia Union University in December, with a degree in criminal justice. He recently married.

“I’m just looking to go forward,” he said during an interview Tuesday.

At the beginning of the film, Johnson is asked: What was your dream?

“I wanted to get killed so I can see who came to my funeral,” he said.

The man on the screen is incredulous that he once thought this way. By the end of the film, a tearful Johnson has clearly embraced life, his triumphs, and the chance to watch his boys become men.

Associate producer Angi Kane was warned away from Richmond’s public housing after moving from Brooklyn to attend St. Catherine’s School. The occasional newscasts that serve as part of the film’s soundscape reflect the prevailing narrative about the projects as “about murder and drugs, violence. But we don’t necessarily get a sense of the communities that do exist, in Gilpin, in Fairfield, etc. It’s kind of a flat narrative about the residents and who they are.”

Richmond Redevelopment and Housing Authority gave its blessing to the project because “we knew early on this wasn’t necessarily going to be a policy piece,” Kane said. “There wasn’t going to be a call to action. It was simply going to be about sharing stories that people haven’t typically heard coming out of Richmond’s housing community.”

In seeking subjects, the filmmakers received referrals from local nonprofits such as Communities in Schools, Peter Paul Development Center, Richmond’s Office of Community Wealth Building, and Legacy Academy, an arm of the Richmond Cycling Corps. But the community was wary of outside agendas that wouldn’t benefit residents.

“So often, there would be people speaking for them and in some cases not getting their lives and their side of the story accurate,” Kane said. “We never set out to tell other people’s stories. They are telling their own stories.”

Screenings are scheduled with the University of Richmond, the Governor’s Housing Conference and the Richmond chapter of Delta Sigma Theta sorority. The documentary is being shared in the Richmond Police Department’s 1st and 4th precincts.

The makers of “HEARD” have connected with Harvard’s Joint Center for Housing Studies, the New York Housing Conference, Habitat for Humanity and the Kresge Foundation, Kane said.

On one point, the filmmakers dug in their heels: there would be no call for action. “We go in trying to fix things, and we do more harm than we do good,” Powers said.

Or as Kane suggests, “Solutions will begin to evolve when you hear these stories for what they are, and you see folks who live in public housing as human beings — not as issues.”

“HEARD” comes with a potent message: We can’t hear the answers if we aren’t listening.

Von Johnson is one of the residents of Richmond’s public housing community featured in the documentary, “HEARD.”

David Powers, producer of “Shooting the Prodigal”, looks at a poster for the film which is still being edited in Richmond, VA Tuesday, Dec. 1, 2015.