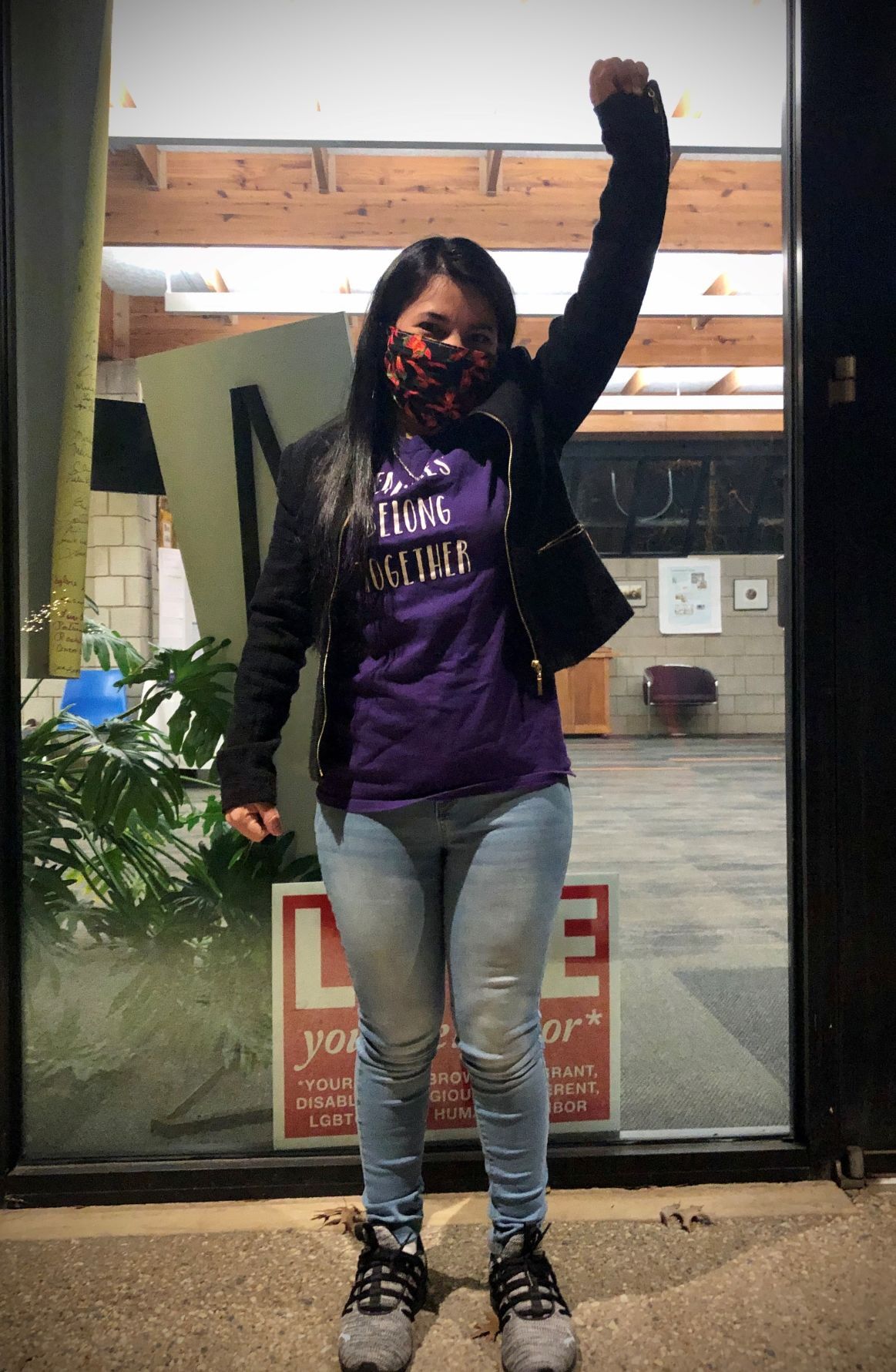 Abbie Arevalo celebrates outside of the First Unitarian Universalist Church of Richmond, where she'd sought sanctuary from deportation, shortly before going home on Feb. 25, 2021. 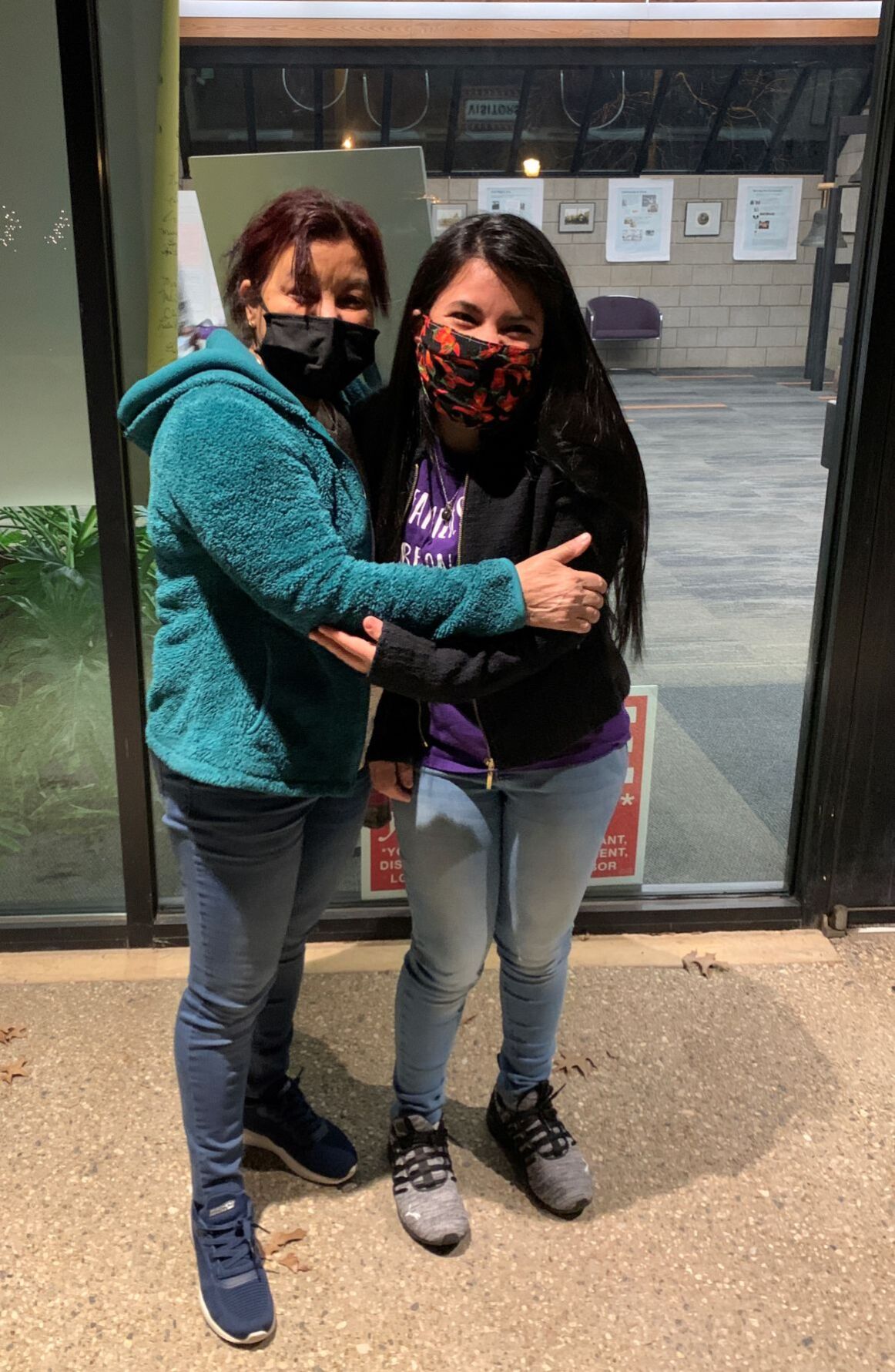 Abbie Arevalo (right) celebrates with a family member outside of First Unitarian Universalist Church of Richmond.

For nearly three years, Abbie Arevalo lived in the basement of First Unitarian Universalist Church of Richmond, where she sought sanctuary from deportation to Honduras.

Arevalo left the church the night of Feb. 25 after she was granted a one-year stay of removal from U.S. Immigration and Customs Enforcement, according to a news release from a group called Hands off Abbie, which has kept the community updated on Arevalo’s story. She has returned to live with her family in Henrico County.

Arevalo first sought sanctuary on June 20, 2018, rather than reporting to ICE and facing deportation to Honduras, where she feared she would be killed, according to the release. Dozens of other immigrants have taken sanctuary in houses of worship, as ICE policy considers houses of worship to be sensitive locations where enforcement actions are generally not carried out, the statement said.

For 32 months, she lived in the basement of the church, which is at 1000 Blanton Ave. near Byrd Park.

“Thank you so much for your support and for helping us feel safe for the last 32 months,” she said in the statement, thanking church members and volunteers. “I have received so much from all of you. When I came here, I knew no one and I was afraid. Today I am happy to have my freedom but am reminded I made good friends here.”

Arevalo’s lawyer, Alina Kilpatrick, said in the statement that Arevalo would continue to pursue legal options “as a free woman.”

“Her children deserve to have a mother who can hold their hand at the doctor, cheer at their sports games, and play with them in the park,” Kilpatrick said. “Now, they have that.”

The Rev. Sherman Z. Logan Jr., executive minister at First Unitarian Universalist Church of Richmond, said his congregation was “overjoyed” to hear that Arevalo was able to return to her family.

“During the past 32 months, I was impressed with the way Abbie handled her ordeal with grace, dignity, courage and faith,” the minister said in the statement. “We all could learn a lesson on how to deal with adversity from Abbie, as I most certainly did. Abbie has certainly blessed my life and has enriched the lives of members of our congregation.”

Abbie Arevalo celebrates outside of the First Unitarian Universalist Church of Richmond, where she'd sought sanctuary from deportation, shortly before going home on Feb. 25, 2021.

Abbie Arevalo (right) celebrates with a family member outside of First Unitarian Universalist Church of Richmond. 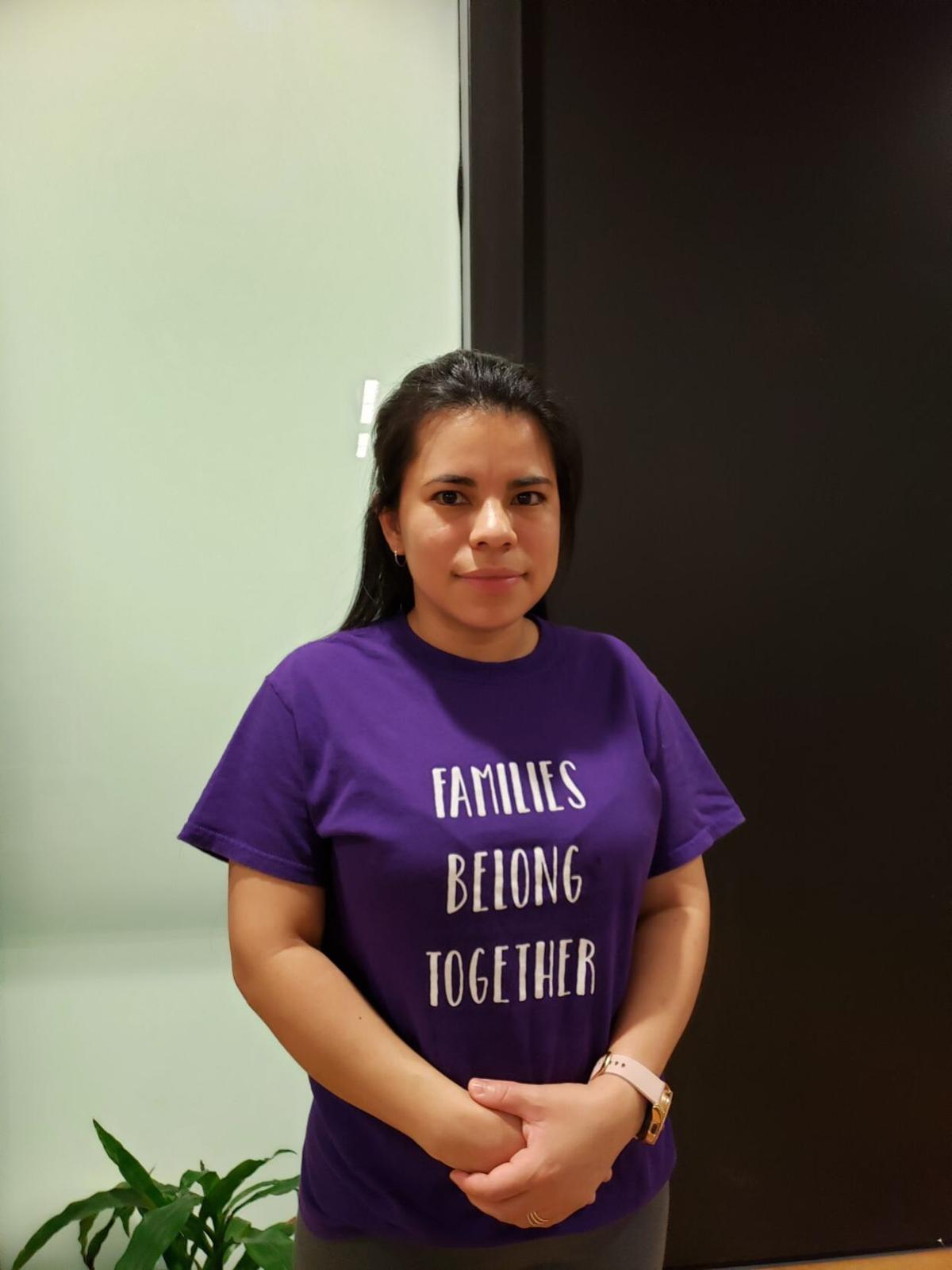 Abbie Arevalo feared she would be killed in her native Honduras.