Woody: Saluting Buddy, who lived a good life as a good dog
0 Comments
Share this
1 of 3 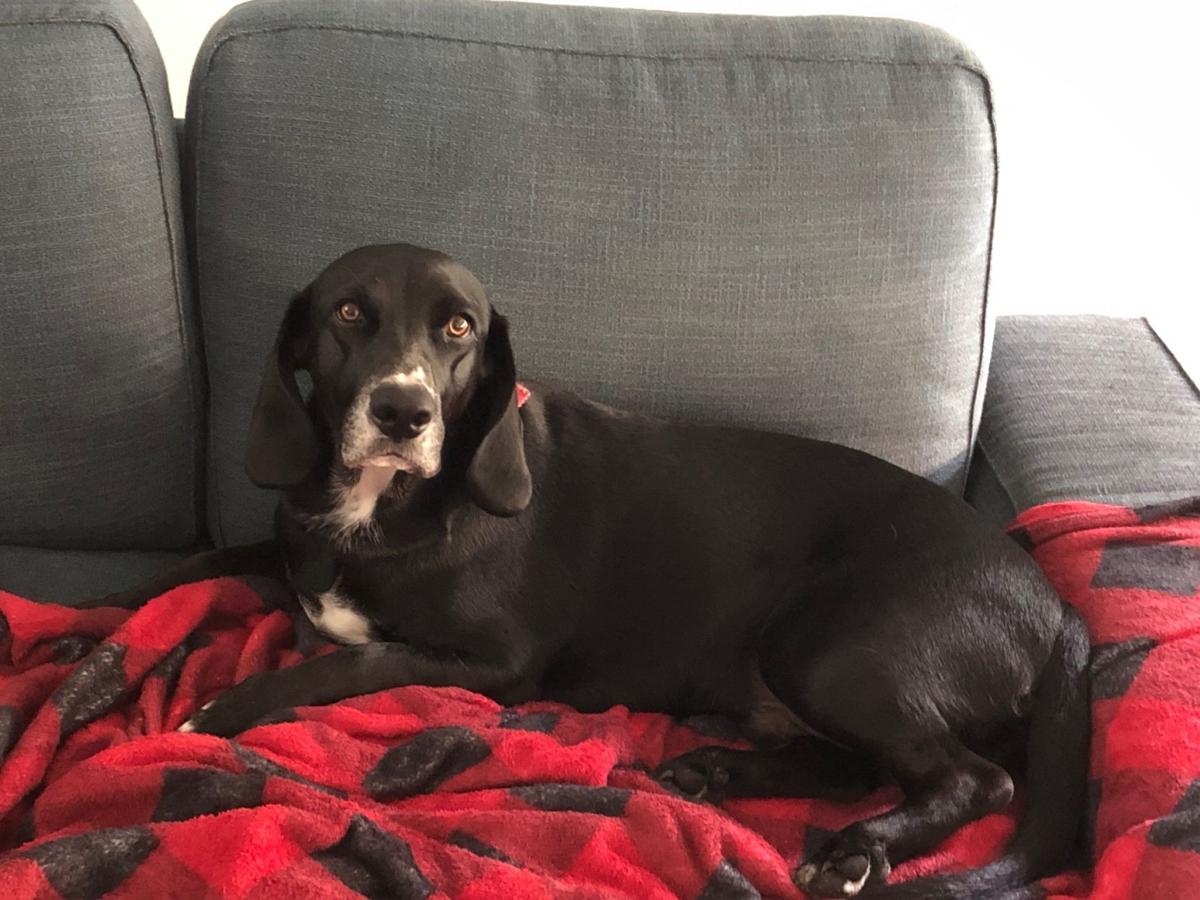 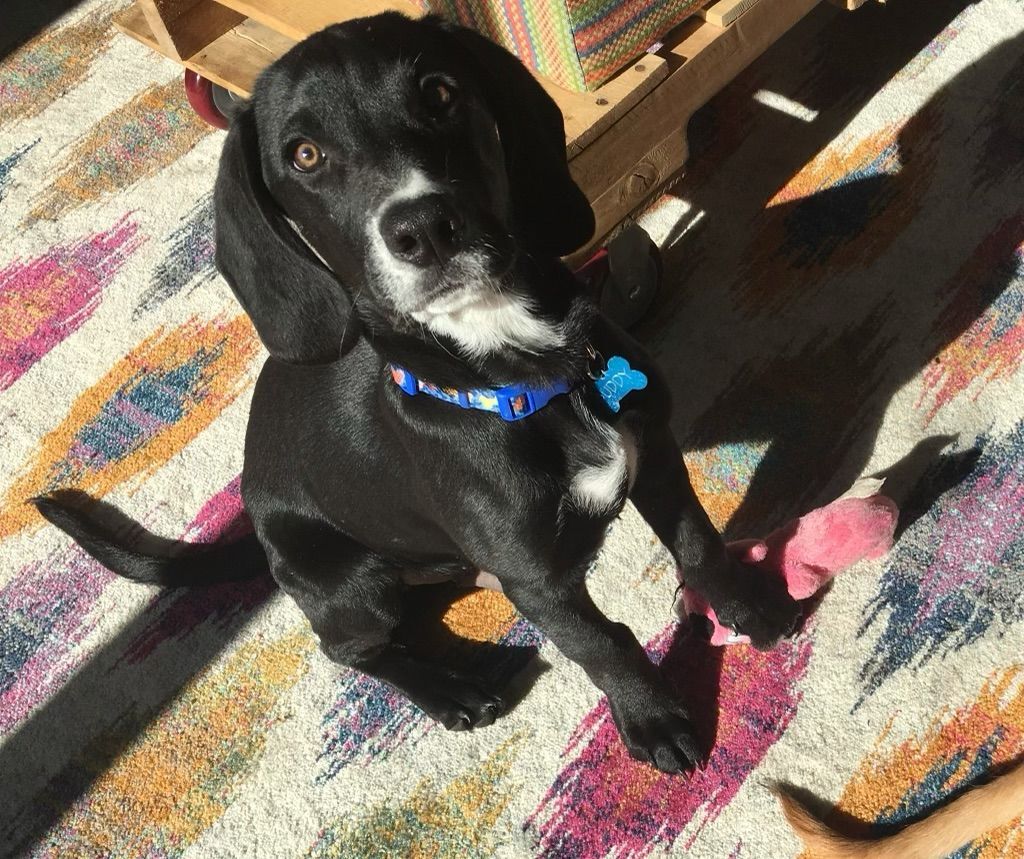 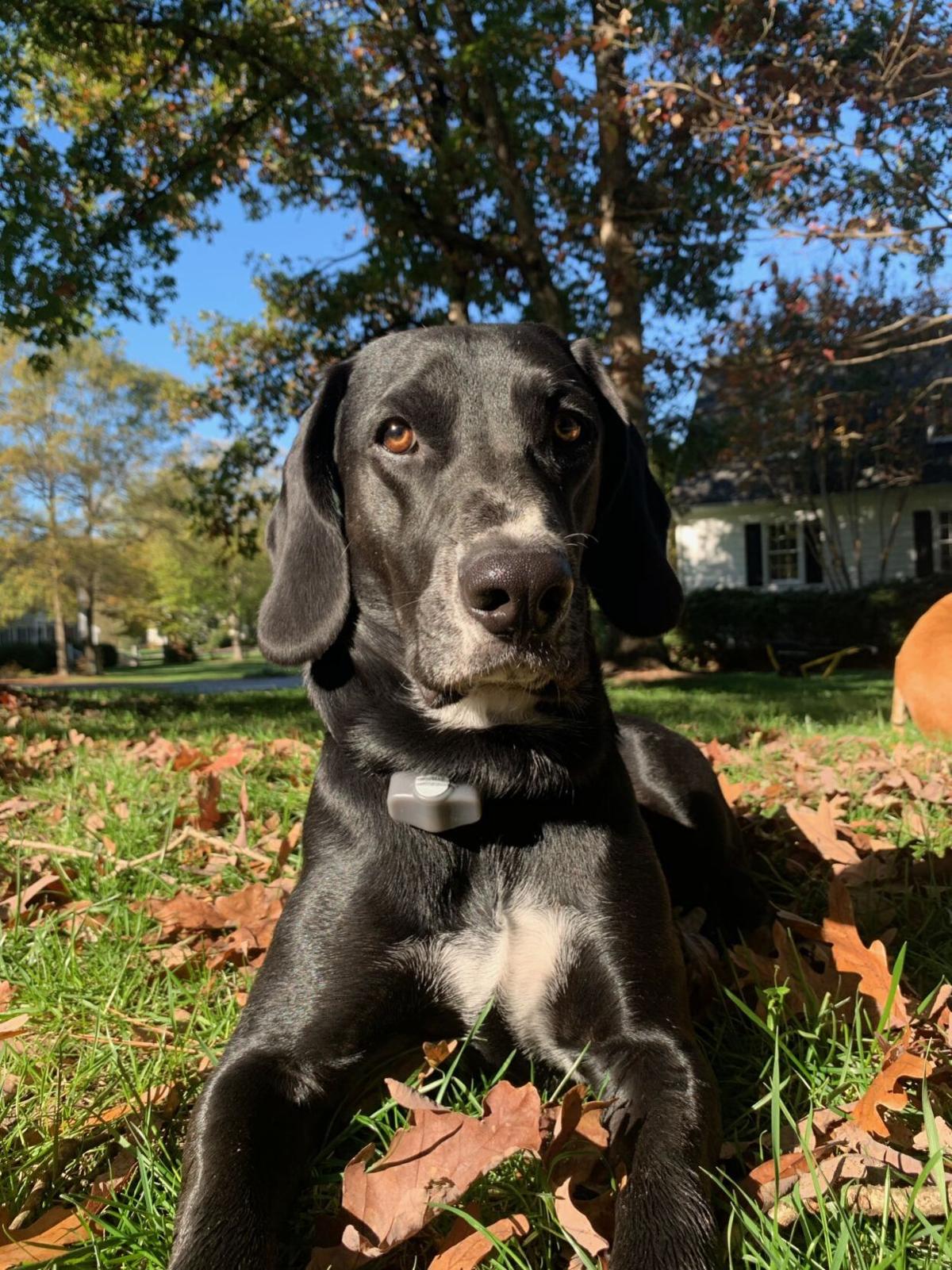 Buddy packed a quality life into four years, developing his ritual for greeting guests and an affinity for car rides.

The squirrels of Grande Court in Richmond’s West End are moving about more freely these days. Their No. 1 nemesis has left the premises.

Buddy, the part hound, part retriever, part who knows what, has crossed the Rainbow Bridge, the final step in an eternity of painless play in lush green meadows.

Buddy is missed, but he earned what’s on the other side of that bridge.

He was just 4 years old, was quite a dog and had quite a life.

As a puppy, he beat long odds to survive parvovirus. In his all-too-short time among us, he matured and mellowed into a dog that would much rather go for a car ride — back windows down please — than act as a vocal guardian of his family’s property.

He had an unforgettable way of greeting guests he loved.

When you walked into the well-appointed garage/office where he spent much of his time, curled into a comfortable ball on the sofa, he would sit up and offer something between a high-pitched whine and a howl.

It was as if he were saying, “Oh, you’ve come to see me. I’m so, so happy. But I’m just not worthy. Not worthy at all. Excuse me, I need some time to gather myself.”

And he would disappear from the couch.

Seconds later, after you took a seat and before you even realized someone else had joined you on the couch, a hound-dog snout would be inches from your face, intent on expressing his joy that you had stopped by and showing his great affection with a slurpy, pink-tongued welcome.

Dogs are faithful friends who sit or stand by you through good times and bad.

Buddy was all that and more. In his final days, his family returned his loyalty and love. Someone, sometimes the entire family — our oldest son, his wife and four children — sometimes an adult or two, was at his side every hour of the day and night. Every minute of every hour. Buddy never was alone.

We’ve had our share of dogs through the years, none as uncommon as Buddy and none as empathetic, patient and understanding as Buddy’s predecessor, the magnificent Princess Buttercup, described by my son as the best dog ever.

With apologies to all those who are certain their dogs fit that description, I must agree with my son.

Mostly, though, we’ve had cats. While cats get a bad rap for being aloof, snobbish and downright difficult, we’ve had some that rival dogs in their loyalty and understanding.

Just days before our wedding, my soon-to-be wife adopted a cat from a litter that was entertaining VCU students, faculty and staff in Shafer Street Court.

Then, she came to my office a block away to ask if I could take care of the kitten the rest of the afternoon.

Fortunately, my supervisor was a cat person.

The kitten became a cat. During her 17 years, Stella, a brown tabby, displayed an uncanny knack for arriving on the scene when the two adults in the house were engaged in a loud disagreement. She would walk between us, start meowing or rubbing our legs, distracting us for a few seconds and long enough to end the argument.

She also could sense when her adults felt great sadness. When Alice, a zany cat that seemed to howl at the moon, had a fatal accident, we felt like doing nothing more than flopping onto the bed and fighting back tears. Stella joined us and climbed onto my chest to offer condolences and solace.

All of us know the bargain we strike when we welcome a pet into our homes. There will be years, many years if we’re lucky, of mutual affection and joy. And there will be overwhelming sadness when our time together ends.

“I guess it’s worth it,” I said to my son when we were discussing the all-too-short, interesting and happy life of Buddy.

Paul Woody was a longtime sports reporter and columnist at the

Buddy packed a quality life into four years, developing his ritual for greeting guests and an affinity for car rides.