DENVER (AP) — Two small airplanes collided in the air near Denver, leaving one aircraft nearly ripped in half and forcing the other's pilot to deploy a parachute. Remarkably, both planes landed safely and no one was injured, officials said.

Both planes were getting ready to land at a small regional airport in a Denver suburb on Wednesday when they collided, according to the National Transportation Safety Board and South Metro Fire Rescue.

"Every one of these pilots needs to go buy a lottery ticket right now," Arapahoe County Sheriff's Deputy John Bartmann said. "I don't remember anything like this — especially everybody walking away. I mean that's the amazing part of this."

June Cvelbar told the KUSA TV station that she witnessed the collision while walking in a state park.

"I saw two planes in the sky. I saw a larger green plane, which I thought was a tow plane, along with what I thought was a glider being towed by it. I heard a noise but didn't realize that the two planes had collided,' she told KUSA in an email.

Cvelbar said she saw the green plane fly off and shortly after saw the smaller plane deploy its parachute. She said she initially thought it was a training exercise.

"When I realized that the small plane was going down I ran toward it. The pilot and his passenger were up and about," Cvelbar said.

Shelly Whitehead told KCNC-TV that she was in her kitchen when she heard a loud bang that sounded like a firecracker. She ran out onto her patio and saw the plane that deployed the parachute coming down in the field behind her house.

"I thought, 'Is it somebody just jumping out of a plane?' And then I realized the parachute was attached to a plane," she said. "I thought for sure they weren't going to make it out of there."

The pilot was the only person aboard a twin-engine Fairchild Metroliner that landed at Centennial Airport despite suffering major damage to its tail section. The plane is owned by a Colorado-based company, Key Lime Air, that operates cargo aircraft.

A pilot and one passenger were on the other plane, a single-engine Cirrus SR22, which unleashed a red and white parachute and drifted down to a safe landing in a field near homes in Cherry Creek State Park, Bartmann said.

The National Transportation Safety Board tweeted that it was sending staff to investigate. Key Lime Air will cooperate with the investigation, the company said in a statement.

In February debris from a commercial airliner fell on Denver suburbs in an emergency landing. Nobody aboard or on the ground was reported hurt:

A unanimous Supreme Court ruled Monday that thousands of people living in the U.S. for humanitarian reasons are ineligible to apply to become permanent residents.

US has recovered ransom payment made after pipeline hack

The Justice Department has recovered most of a multimillion-dollar ransom payment to hackers after a cyberattack caused the nation's largest fuel pipeline to halt operations last month.

The FDA on Monday approved the first new drug for Alzheimer's disease in nearly 20 years, disregarding warnings from independent advisers.

Swaths of internet down after outage at cloud company

Numerous websites, including the New York Times, CNN and Twitch, were unavailable Tuesday after an apparent widespread outage at the cloud service company Fastly.

The DOJ under Trump seized records from House Dems; Netanyahu lashes out as rule nears end; Florida supermarket shooting. Plus, the weekend forecast, birthdays and more.

A Senate investigation of the Jan. 6 insurrection at the U.S. Capitol has uncovered broad government, military and law enforcement missteps before the violent attack.

The partially built line was planned to transport crude from the oil sand fields of western Canada to Steele City, Nebraska. Plus: How this rural pipeline became a national climate battleground.

Rash of mass shootings stirs US fears going into summer

Two were killed and at least 30 hurt in overnight mass shootings in three states, stoking concerns a gun violence spike could continue into the summer.

Many of the uber-rich pay next to no income tax, ProPublica finds

The richest 25 Americans pay less in tax than many ordinary workers do, once you include taxes for Social Security and Medicare, ProPublica has found. 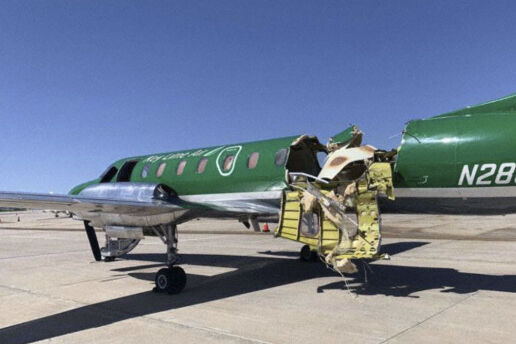 This image from CBS Denver shows a Key Lime Air Metroliner that landed safely at Centennial Airport after a mid-air collision near Denver on Wednesday. Federal officials say two planes collided but that there are no injuries. The collision between a twin-engine Fairchild Metroliner and a single-engine Cirrus SR22 happened as both planes were landing, according to the National Transportation Safety Board. 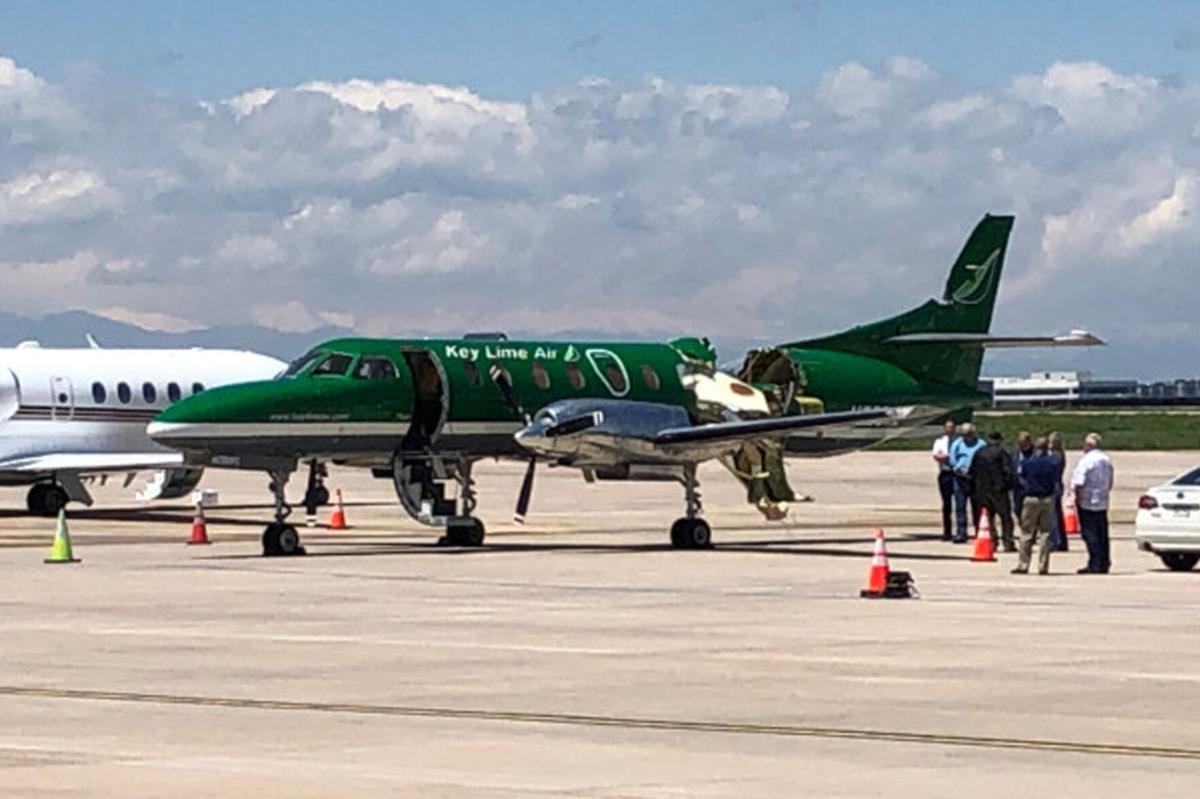 This image from CBS Denver shows a Key Lime Air Metroliner that landed safely at Centennial Airport after a mid-air collision near Denver on Wednesday.