CHARLESTON, W.Va. (AP) — For the first time in half a year, families on Friday are going without a monthly deposit from the child tax credit — a program that was intended to be part of President Joe Biden's legacy but has emerged instead as a flash point over who is worthy of government support.

Retiree Andy Roberts, from St. Albans, West Virginia, relied on the checks to help raise his two young grandchildren, whom he and his wife adopted because the birth parents are recovering from drug addiction.

The Robertses are now out $550 a month. That money helped pay for Girl Scouts, ballet and acting lessons and kids' shoes, which Roberts noted are more expensive than adult shoes. The tax credit, he said, was a "godsend."

"It'll make you tighten up your belt, if you've got anything to tighten," Roberts said about losing the payments.

The monthly tax credits were part of Biden's $1.9 trillion coronavirus relief package — and the president had proposed extending them for another full year as part of a separate measure focused on economic and social programs.

But Democratic Sen. Joe Manchin, from Roberts' home state of West Virginia, objected to extending the credit out of concern that the money would discourage people from working and that any additional federal spending would fuel inflation that has already climbed to a nearly 40-year high.

Manchin's opposition in the evenly split Senate derailed Biden's social spending package and caused the expanded tax credits that were going out in the middle of every month to expire in January. This is whittling down family incomes at the precise moment when people are grappling with higher prices.

However, families only received half of their 2021 credit on a monthly basis and the other half will be received once they file their taxes in the coming months. The size of the credit will be cut in 2022, with full payments only going to families that earned enough income to owe taxes, a policy choice that will limit the benefits for the poorest households. And the credits for 2022 will come only once people file their taxes at the start of the following year.

West Virginia families interviewed by The Associated Press highlighted how their grocery and gasoline bills have risen and said they'll need to get by with less of a financial cushion than a few months ago.

"You're going to have to learn to adapt," said Roberts, who worked as an auto dealer for five decades. "You never really dreamed that everything would all of a sudden explode. You go down and get a package of hamburger and it's $7-8 a pound."

By the Biden administration's math, the expanded child tax credit and its monthly payments were a policy success that paid out $93 billion over six months. More than 36 million families received the payments in December. The payments were $300 monthly for each child who was five and younger, and $250 monthly for children between the ages of six and 17.

The Treasury Department declined to address questions about the expiration of the expanded child tax credit, which has become a politically sensitive issue as part of Biden's nearly $2 trillion economic package that has stalled in the Senate.

Manchin has supported some form of a work requirement for people receiving the payment, out of concern that automatic government aid could cause people to quit their jobs. Yet his primary objection, in a written statement last month, sidestepped that issue as he expressed concerns about inflation and that a one-year extension masked the true costs of a tax credit that could become permanent.

"My Democratic colleagues in Washington are determined to dramatically reshape our society in a way that leaves our country even more vulnerable to the threats we face," Manchin said. He added that he was worried about inflation and the size of the national debt.

The Census Bureau surveyed the spending patterns of recipients during September and October. Nearly a third used the credit to pay for school expenses, while about 25% of families with young children spent it on child care. About 40% of recipients said they mostly relied on the money to pay off debt.

There are separate benefits in terms of improving the outcomes for impoverished children, whose families could not previously access the full tax credit because their earnings were too low. An analysis by the Urban Institute estimated that extending the credit as developed by the Biden administration would cut child poverty by 40%.

The tax credits did not cause an immediate exodus from the workforce, as some lawmakers had feared. The Bureau of Labor Statistics reported that the percentage of people with jobs increased from 58% the month before the monthly payments began to 59.5% last month. That same trend occurred in West Virginia, where the employment-population ratio rose to the pre-pandemic level of 52.9%.

There's an academic debate over whether the credit could suppress employment in the long term, with most studies suggesting that the impact would be statistically negligible.

Academics who study the tax credit are torn on how a permanent program would affect the economy and child welfare.

Katherine Michelmore, an associate professor of public policy at the University of Michigan, and two other researchers estimated that roughly 350,000 parents would exit the workforce, a figure that is not all that significant in an economy with roughly 150 million jobs.

Michelmore said the long-term effects of a permanent tax credit would have a positive impact on the economy, as children who grow up in families with higher incomes "tend to do better in school, they're more likely to graduate from high school. It might be 50 years down the road but there will be more cost savings in the future."

One of the key questions for policymakers is whether bureaucracies or parents are better at spending money on children. Manchin has proposed a 10-year, funded version of Biden's economic proposal that would scrap the child tax credits focus and instead finance programs such as universal pre-kindergarten, to avoid sending money directly to families.

"It's a moral question of do you trust families to make their own decisions," Michelmore said.

Hairdresser Chelsea Woody is a single mother from Charleston, West Virginia, who works six days a week to make ends meet. The extended child tax credit payments had helped pay for her son's daycare, as well as letting her splurge on clothes for him.

"It truly helps out a lot. It's an extra cushion, instead of me worrying how I'm going to pay a bill or if anything comes up," Woody said as she loaded groceries into her car. "It's helpful for a lot of people. It helps working families out because we struggle the most. I'm hardly home with my kid because I work all the time."

The state and local governments with the most debt per capita

State & Local Governments With the Most Debt Per Capita

NY leads in per capita government debt, while CA has most overall

Hussein reported from Washington and Boak from Baltimore.

"I've got a serious situation here," the unidentified passenger said in the audio. "My pilot has gone incoherent, and I have no idea how to fly the airplane."

A woman's voice — which authorities say is Vicky White's — is heard saying things including, "wait, stop ... airbags going to go off and kill us."

US may be 'increasingly vulnerable' to COVID, what's behind the baby formula shortage, and more virus news

White House COVID-19 coordinator Dr. Ashish Jha issued a dire warning Thursday that the U.S. will be increasingly vulnerable to the coronavirus this fall and winter if Congress doesn't swiftly approve new funding for more vaccines and treatments. Get that and more COVID news.

The baby formula shortage: What parents should know

Here's what parents should know as the baby formula shortage worsens in parts of the U.S.

Astronomers have unveiled the first wild but fuzzy image of the supermassive black hole at the center of our own Milky Way galaxy.

Detention of WNBA's Griner in Moscow extended for 1 month

The lawyer for WNBA star Brittney Griner said Friday her pre-trial detention in Russia has been extended by one month.

Ashley Judd and her family wanted the world to hear from them how Naomi Judd died. The younger Judd shared the cause of death on "Good Morning America."

Ten people were gunned down at a Buffalo supermarket Saturday in a horrifying mass shooting that officials were quick to label as "pure evil" and racially motivated. The shooting stunned a community basking in a warm May afternoon, with shoppers filling the Tops in a predominantly Black neighborhood at 1275 Jefferson Ave.

Abortion rights backers rally in anger: See scenes from across US

Abortion rights supporters took to the streets across America to voice anger at the prospect the constitutional right to abortion will be struck down. 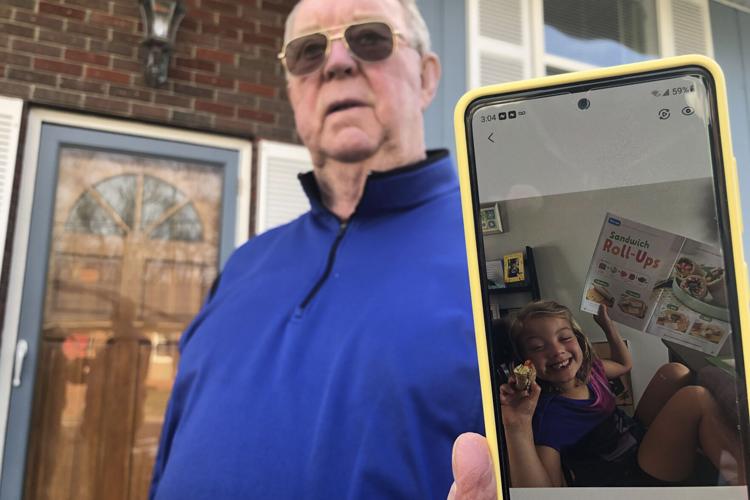 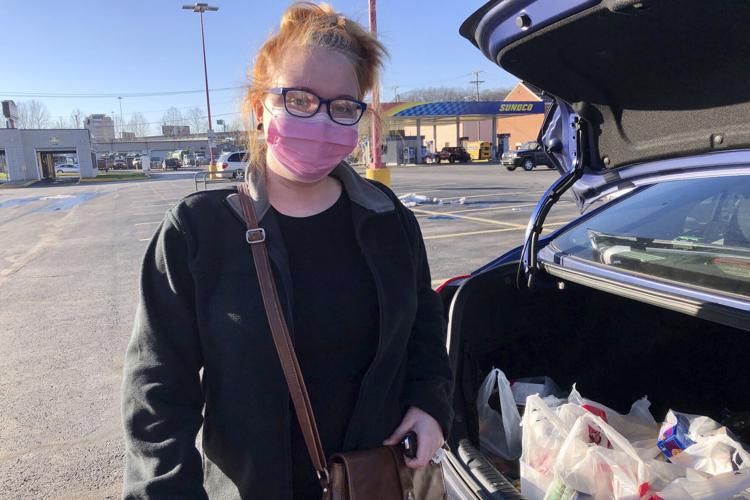 Hairdresser Chelsea Woody stands outside her car at a grocery store Tuesday, Jan. 11, 2022, in Charleston, W.Va. 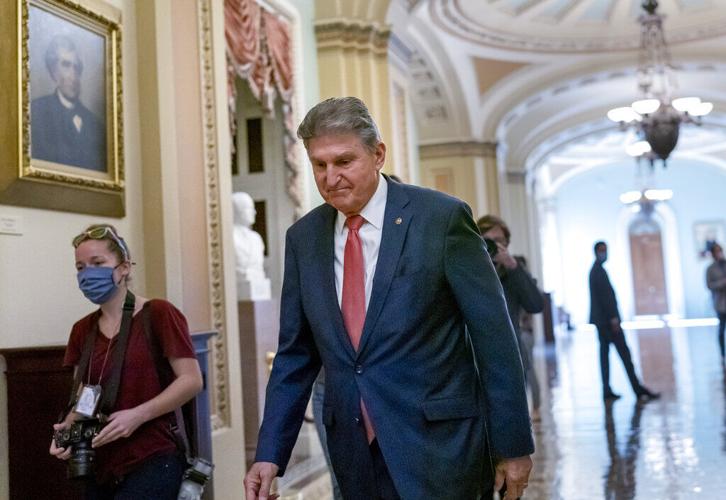 Sen. Joe Manchin, D-W.Va., a centrist Democrat vital to the fate of President Joe Biden's $3.5 government overhaul, walks to a caucus lunch at the Capitol in Washington, Friday, Dec. 17, 2021.