ORANGE, Calif. (AP) — Bill Clinton was released Sunday from the Southern California hospital where he had been treated for an infection and will head to New York to continue his recovery, a spokesman said.

The former president left the University of California Irvine Medical Center around 8 a.m. with Hilary Clinton on his arm. Dressed in jeans and a sports coat and wearing a face mask, he made his way out of the hospital slowly and stopped to shake hands with doctors and nurses lined up on the sidewalk.

He gave a thumbs-up when a reporter asked how he was feeling. He and Hilary then boarded a black SUV and departed in a motorcade escorted by the California Highway Patrol.

Clinton's “fever and white blood cell count are normalized, and he will return home to New York to finish his course of antibiotics," Dr. Alpesh N. Amin said in a statement shared on Twitter by a Clinton spokesman.

Clinton, 75, was admitted Tuesday to the hospital southeast of Los Angeles with an infection unrelated to COVID-19, officials said.

Spokesman Angel Ureña had said Saturday that Clinton would remain hospitalized one more night to receive further intravenous antibiotics. But all health indicators were “trending in the right direction,” Ureña said.

“President Clinton has continued to make excellent progress over the past 24 hours,” Ureña said.

Hillary Clinton has been with her husband at the hospital and was accompanied there Saturday by daughter Chelsea.

President Joe Biden said Friday night that he had spoken to Bill Clinton, and the former president “sends his best.”

“He’s doing fine; he really is,” Biden said during remarks at the University of Connecticut.

An aide to the former president said Clinton had a urological infection that spread to his bloodstream, but he is on the mend and never went into septic shock, a potentially life-threatening condition.

The aide, who spoke to reporters at the hospital on the condition his name wasn’t used, said Clinton was in an intensive care section of the hospital but wasn’t receiving ICU care.

In the years since Clinton left the White House in 2001, the former president has faced health scares. In 2004, he underwent quadruple bypass surgery after experiencing prolonged chest pains and shortness of breath. He returned to the hospital for surgery for a partially collapsed lung in 2005, and in 2010 he had a pair of stents implanted in a coronary artery.

He responded by embracing a largely vegan diet that saw him lose weight and report improved health.

1991: Sworn in for fifth term as Arkansas governor

1993: Signing of peace accord between Israel and Palestinians

1996: Elected to second term as president

1998: Impeached by US House of Representatives

1999: Acquitted by Senate on impeachment charges

2000: Campaigns with Al Gore during his presidential run

2004: Campaigns with John Kerry during his presidential run

2005: Tapped by President Bush to raise money for tsunami-battered regions

2007: Campaigns with Hillary Clinton during her presidential primary run

2008: Campaigns with Barack Obama during his presidential run

2015: Campaigns with Hillary during her second presidential run

The local sheriff said he didn't know why the boy's father bought the gun. Several students from the shooting remain in critical condition, including a 14-year-old on ventilator. Here's the latest.

More than 50 now dead in coal mine blast; plus other top news today

Finding other survivors is highly unlikely, officials said. In the U.S., weather may make post-Thanksgiving travel tricky, and hundreds of FedEx shipments have been found dumped in a ravine.

It's unclear where the new variant actually arose, but a slew of nations moved to restrict travel from Africa. Here's what you need to know, plus more updates and the latest data on infections and vaccination.

Authorities say eight people were wounded in an attack at a Michigan high school in which three students were killed.

The latest on the new omicron variant: Two new cases confirmed in Britain as new restrictions are being placed on travel with each passing hour.

Here's what you should know about this week's Supreme Court case over abortion, where Roe v. Wade is facing its most serious challenge in 30 years.

US sees first case of omicron variant detected in California

The United States' first confirmed case of the omicron coronavirus variant has been identified in California, according to a source familiar.

Prosecutors have asked the U.S. Supreme Court to review the ruling that overturned Bill Cosby's conviction.

A fourth student died Wednesday from wounds he suffered when a sophomore opened fire at a Michigan high school on Tuesday. Here's what's known about the victims. 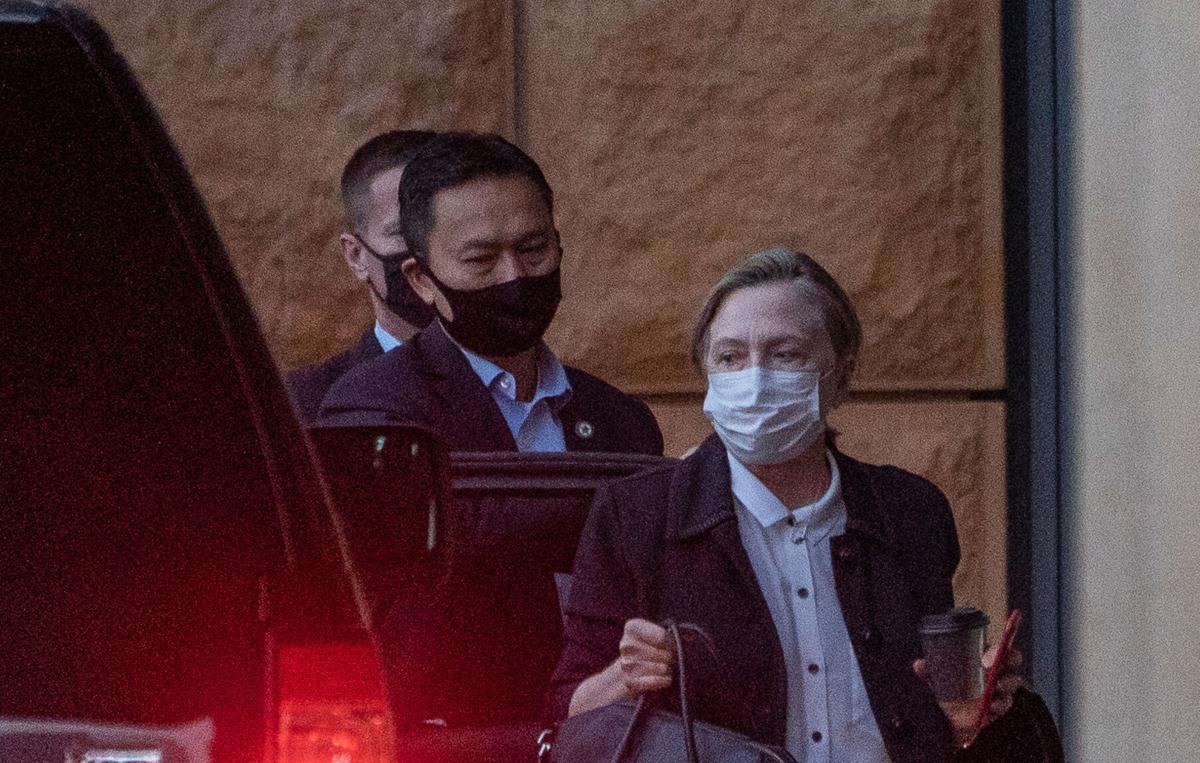 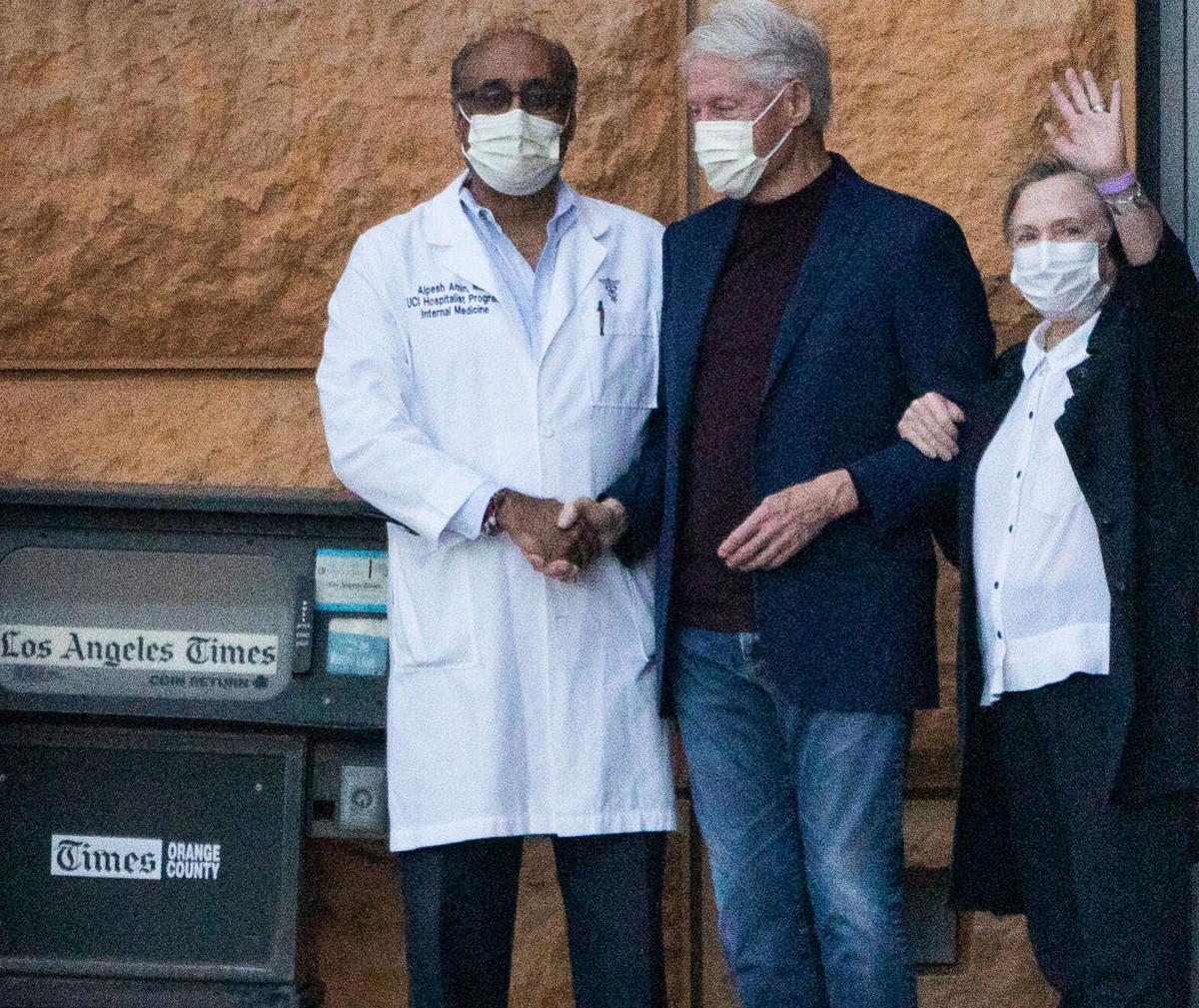 Former President Bill Clinton and former U.S. Secretary of State Hillary Clinton thank the medical staff as he is released from the University of California Irvine Medical Center in Orange, Calif., Sunday.