In a stunning victory in Virginia and a strong showing in New Jersey, the Republican Party has fashioned a playbook that could repair the GOP's tarnished image in swing states and suburban districts across the nation.

But it is a formula that may be difficult to replicate on a broad scale in next year's midterm elections.

Republican businessman Glenn Youngkin, virtually unknown a year ago, won the Virginia governor's race early Wednesday by running away from the national Republican Party and its most prominent leaders — especially Donald Trump.

The Virginia Republican spent the closing months of his campaign avoiding the divisive issues that most animate Trump's base, including the baseless prospect of election fraud. And Youngkin benefited from running against former Gov. Terry McAuliffe, a political insider with a muddled message. Link to the full analysis below.

Election Day 2021 roundup: Results from across the US

RICHMOND, Va. (AP) — Democratic Gov. Phil Murphy of New Jersey narrowly won reelection in his reliably blue state while a Republican political newcomer delivered a stunning upset in the Virginia governor’s race, sending a warning Wednesday to Democrats that their grip on power in Washington may be in peril.

In a stunning victory in Virginia and a strong showing in New Jersey, the Republican Party has fashioned a playbook that could repair the GOP's tarnished image in swing states and suburban districts across the nation.

Education fight a winning message in Va., but not everywhere

The off-year elections for governor in Virginia and New Jersey tend to receive outsize attention, and the results are mined for deeper meaning about what they portend for the midterm elections the following year that determine which party controls Congress.

BOSTON (AP) — Boston voters, marking a key milestone in the city's long political history, for the first time elected a woman and an Asian American as mayor on Tuesday, tapping City Councilor Michelle Wu to serve in the city’s top political office.

NEW YORK (AP) — Former police captain Eric Adams easily won the race for New York mayor Tuesday, and Boston elected its first woman and Asian American to the city’s top job as voters across the U.S. picked local leaders who were largely defined by their stances on police and crime.

MINNEAPOLIS (AP) — Minneapolis Mayor Jacob Frey was reelected to a second term, surviving a bitter challenge in a race that focused on calls for changes to policing and racial justice, elections officials announced Wednesday.

MINNEAPOLIS (AP) — Minneapolis voters on Tuesday rejected a proposal to replace the city’s police department with a new Department of Public Safety, an idea that supporters had hoped would bring radical change to policing in the city where George Floyd’s death under an officer’s knee brought calls for racial justice.

Few snags for Election Day voting amid scrutiny on process

ATLANTA (AP) — After a year of dealing with false claims and death threats, election officials on Tuesday delivered a relatively smooth Election Day.

Photos: Scenes from Election Day 2021 around the US

Roll up your sleeves: Kids' turn arrives for COVID-19 shots

IMAGE OF THE DAY

In 1986, the Iran-Contra affair came to light as Ash-Shiraa, a pro-Syrian Lebanese magazine, first broke the story of U.S. arms sales to Iran,…

In 2007, Navy ends an NCAA-record 43-game losing streak to Notre Dame with a 46-44 victory in triple overtime. See more sports moments from th…

More than 50 now dead in coal mine blast; plus other top news today

Finding other survivors is highly unlikely, officials said. In the U.S., weather may make post-Thanksgiving travel tricky, and hundreds of FedEx shipments have been found dumped in a ravine.

It's unclear where the new variant actually arose, but a slew of nations moved to restrict travel from Africa. Here's what you need to know, plus more updates and the latest data on infections and vaccination.

All 3 men charged in Arbery's death convicted of murder

All three white men charged in the death of Ahmaud Arbery were convicted of murder Wednesday in the fatal shooting that became part of a larger national reckoning on racial injustice.

Jury awards millions in damages for Unite the Right violence

In a mixed verdict, a jury awarded more than $25 million in damages Tuesday against white nationalist leaders for violence that erupted during the 2017 Unite the Right rally.

The latest on the new omicron variant: Two new cases confirmed in Britain as new restrictions are being placed on travel with each passing hour.

Here's what you should know about this week's Supreme Court case over abortion, where Roe v. Wade is facing its most serious challenge in 30 years.

Two countries half a world apart become the latest to detect the new omicron variant in travelers arriving from southern Africa. Get the latest here.

The White House says it has ordered 50 million barrels of oil released from the strategic reserve to bring down energy costs.

'Mama, are you OK?' In Waukesha, minutes of terror recounted

The joyous, mingled bedlam of the parade — the drums of different bands, the cheers of the crowd, the recorded music for various dance groups — seemed to just stop. 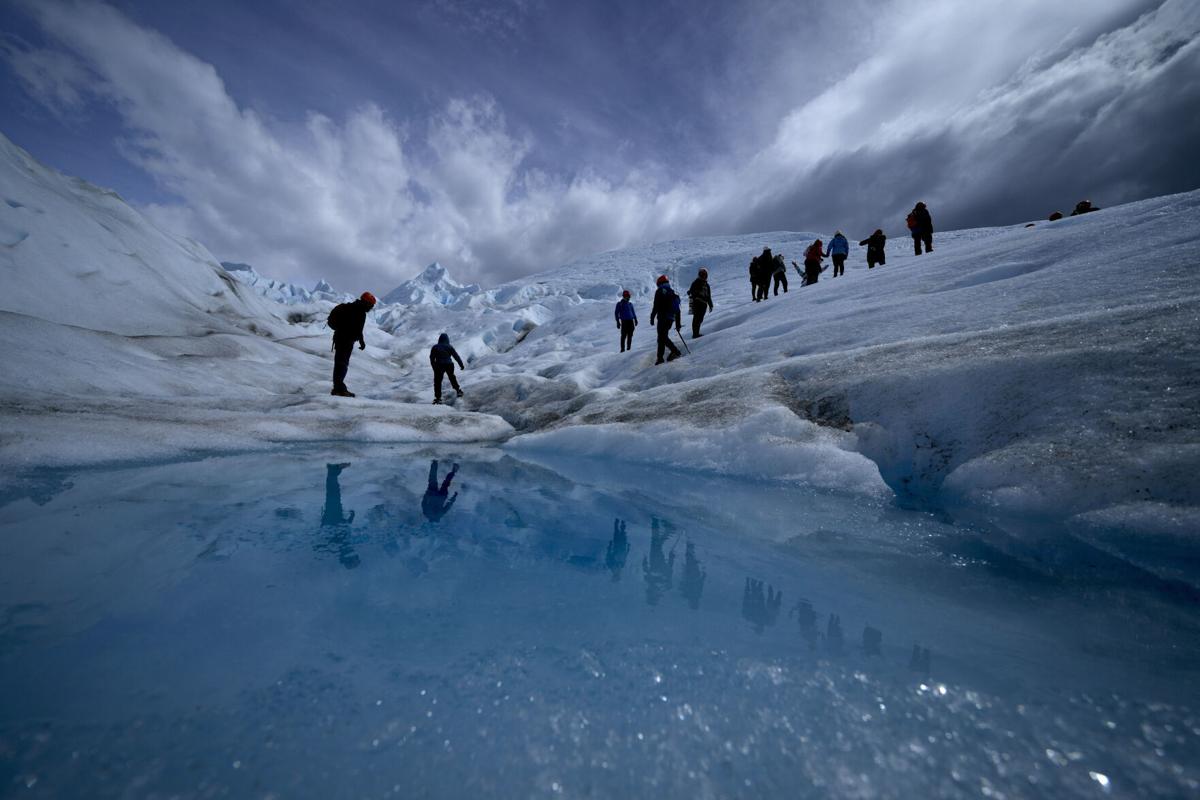 Tourists walk on the Perito Moreno Glacier at Los Glaciares National Park, near El Calafate, Argentina, Tuesday, Nov. 2, 2021. World leaders are gathered in Scotland at a United Nations climate summit, known as COP26, to push nations to ratchet up their efforts to curb climate change. Experts say the amount of energy unleashed by planetary warming could melt much of the planet's ice, raise global sea levels and increase extreme weather events. 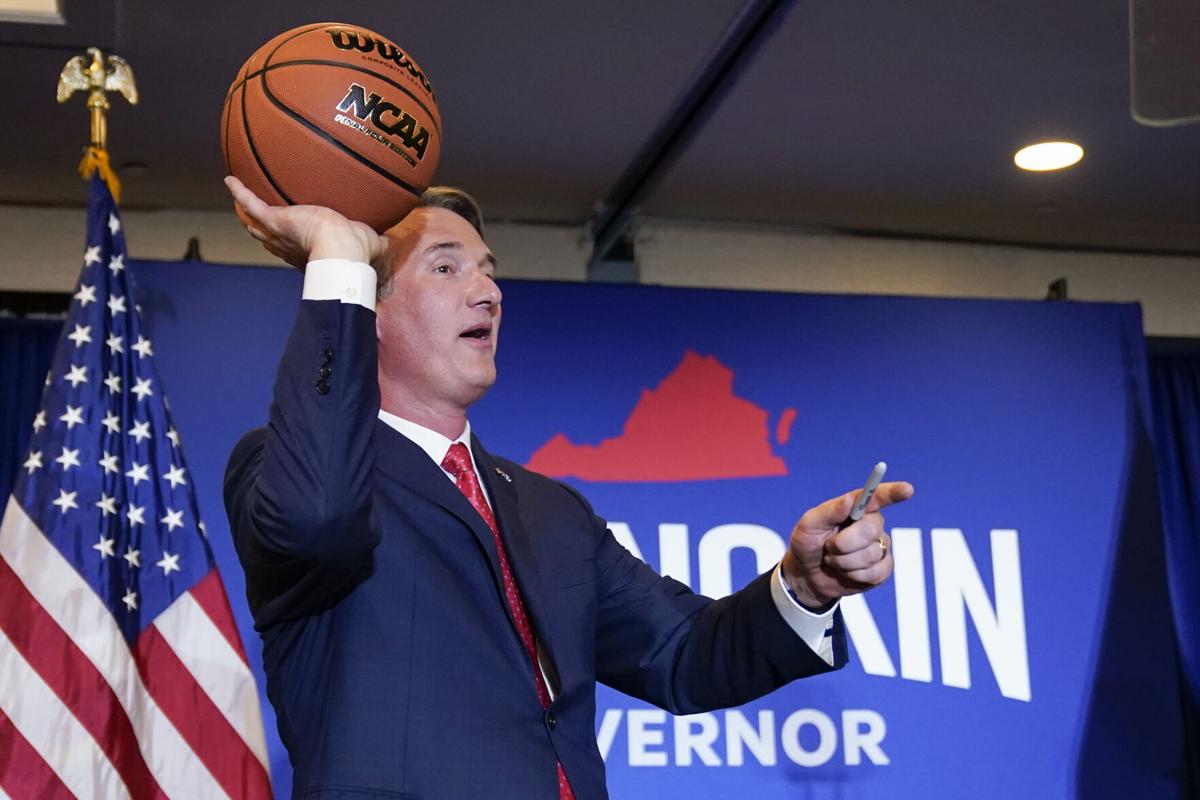