Queen enters 'twilight' of reign after farewell to Philip. What lies ahead?
0 comments
Share this
By DANICA KIRKA, Associated Press

LONDON (AP) — Now that the Royal Family has said farewell to Prince Philip, attention will turn to Queen Elizabeth II's 95th birthday on Wednesday and, in coming months, the celebrations marking her 70 years on the throne.

This combination of events is reminding the United Kingdom that the reign of the queen, the only monarch most of her subjects have ever known, is finite. That has triggered speculation about how long she will remain on the throne, what the monarchy will look like in the future and, for some, even whether it should continue to exist.

"The queen is certainly moving now into the twilight of her reign and a new phase of her reign,'' said Anna Whitelock, director of the Centre for the Study of Modern Monarchy at Royal Holloway, University of London. "She now is a widow, and it remains to be seen how she's going to respond to that.''

While most observers say the queen is unlikely to abdicate given her lifelong commitment to public service, she has already started to turn over more responsibilities to Prince Charles, 72, her eldest son. That process is likely to accelerate following Philip's death.

Charles' increased role began gradually, when the queen began cutting back on long-haul flights, resulting in Charles taking her place at a 2013 Commonwealth Heads of Government meeting in Sri Lanka.

Then in 2017, he represented the queen at the annual Remembrance Day ceremony marking the end of World War I, laying the monarch's wreath at the foot of the Cenotaph in London. It was the first time the queen hadn't performed the solemn ritual, other than when she was pregnant or out of the country.

Since then, Charles has taken on an increasing number of public engagements and been named the queen's designated successor as head of the Commonwealth, a voluntary association of 54 nations with links to the British Empire.

"Symbolically, the transition towards the succession is already underway," said Ed Owens, a historian and author of "The Family Firm, Monarchy, Mass Media and the British Public 1932-53."

"I anticipate that we're going to see a lot more of Prince Charles in the next couple of years so that we, as a people, start to see him in his future role as king."

For now, the longest serving monarch in British history continues to reign. But she will do so without Philip, the man the queen called her "strength and stay," a source of emotional support in her often lonely job.

Her loss was underscored by Saturday's funeral at St. George's Chapel on the grounds of Windsor Castle, where the figure of a widow in black sitting alone offered a glimpse of the next solitary phase of the queen's reign.

Questions about the end of the queen's reign will also fuel the debate over the long-term future of the monarchy, seen by many as a symbol of national unity but by others as an obsolete vestige of the nation's feudal history.

The BBC received more than 100,000 complaints about its decision to pre-empt popular TV programs for round-the-clock coverage of Prince Philip's death, the most it has ever received about a single programming decision.

And while there is enormous respect for the queen, the same isn't necessarily true for Charles and other members of the royal family, said Graham Smith, chief executive of Republic, which campaigns to replace the monarchy with an elected head of state.

Philip's death "serves as a reminder to an awful lot of people, who on the whole don't think much about the monarchy from one day to the next, that change is coming," Smith told the Express newspaper.

During that ceremony, televised around the world, the queen promised to govern the United Kingdom and her other realms. Six years earlier, in a speech in South Africa, then-Princess Elizabeth made clear that her commitment was for life.

"I declare before you all that my whole life, whether it be long or short, shall be devoted to your service and the service of our great imperial family to which we all belong," she said.

That is a pledge the queen intends to keep, said Robert Hardman, author of "Queen of the World," which chronicles the monarch's influence and stature around the globe.

Even as she mourned last week, the queen attended a ceremony marking the retirement of her Lord Chamberlain, who organizes all ceremonial events for the palace, and continued to hold conversations with Commonwealth leaders.

That shows she has no intention of emulating Queen Victoria, who retreated from public life when her husband, Prince Albert, died unexpectedly at the age of 42, Hardman told the BBC.

"The signal she's been putting out during the last week is that this is going to be business as usual, that duty comes before self," Hardman said. "She will continue with all her duties because … she took a coronation oath and she's sticking to it."

But she won't be alone.

While her popular grandson, Prince Harry, has stepped away from royal duties, the rest of the royals, backed by professional staff and advisers, are likely to rally round the queen and take on more tasks. Sustaining the institution will be the bedrock popularity of the Duke and Duchess of Cambridge, who have a reliable ability to connect with the public.

The queen may also be helped by technology.

During the pandemic, Elizabeth has connected with the public through a series of Zoom calls. The appearances, released by the palace and posted on social media, have allowed people to see the queen speaking to schoolchildren, volunteers and health service officials — smiling, joking and making canny observations in a more personal way than the scripted speeches that have dominated her public life.

Last month, for example, she held a Zoom call with a group of children and scientists where she was asked about her meeting with the first man in space, Russian cosmonaut Yuri Gagarin. The monarch, who invited Gagarin to Buckingham Palace shortly after his historic flight in 1961, was asked what the pioneering spaceman was like.

"Russian," she replied with a smile. The audience chuckled.

Just another day of working from home.

"There'll be a lot of emphasis as soon as the funeral is done on a return to normalcy. (For) the Royal Family, it will be the 'Keep Calm and Carry On' sort of model, which they've been so good at promoting over the last 70, 80 years,'' Owens said, referring to the World War II-era adage.

"They'll want a quick return to the normal program of royal service."

Bill and Melinda Gates announced Monday that they are divorcing. The Microsoft co-founder and his wife said they would continue to work together at the Bill & Melinda Gates Foundation.

A good Samaritan jumped into bay, saved infant who fell from vehicle hanging off Maryland bridge

A good Samaritan stepped in and made a brave rescue — by "immediately" jumping over the guardrail and into the bay, saving the infant.

Boat capsizes off San Diego coast, Apple app goes on trial, and ex-NASCAR driver dies at 42. Plus, severe weather in parts of US. Get caught up.

Why the US may not reach herd immunity from COVID-19; plus more virus updates

Health experts are increasingly doubtful that the United States will reach herd immunity from COVID-19. Here's why.

A gunman killed two people at a Wisconsin casino restaurant and seriously wounded a third before he was killed by police late Saturday, in what authorities said appeared to be a targeted attack.

Peloton is recalling its treadmills after one child died and 29 other children suffered from cuts, broken bones and other injuries from being pulled under the rear of the treadmill.

Facebook's quasi-independent Oversight Board voted to uphold his ban from the platform after his account was suspended four months ago for inciting violence that led to the deadly Jan. 6 Capitol riot. 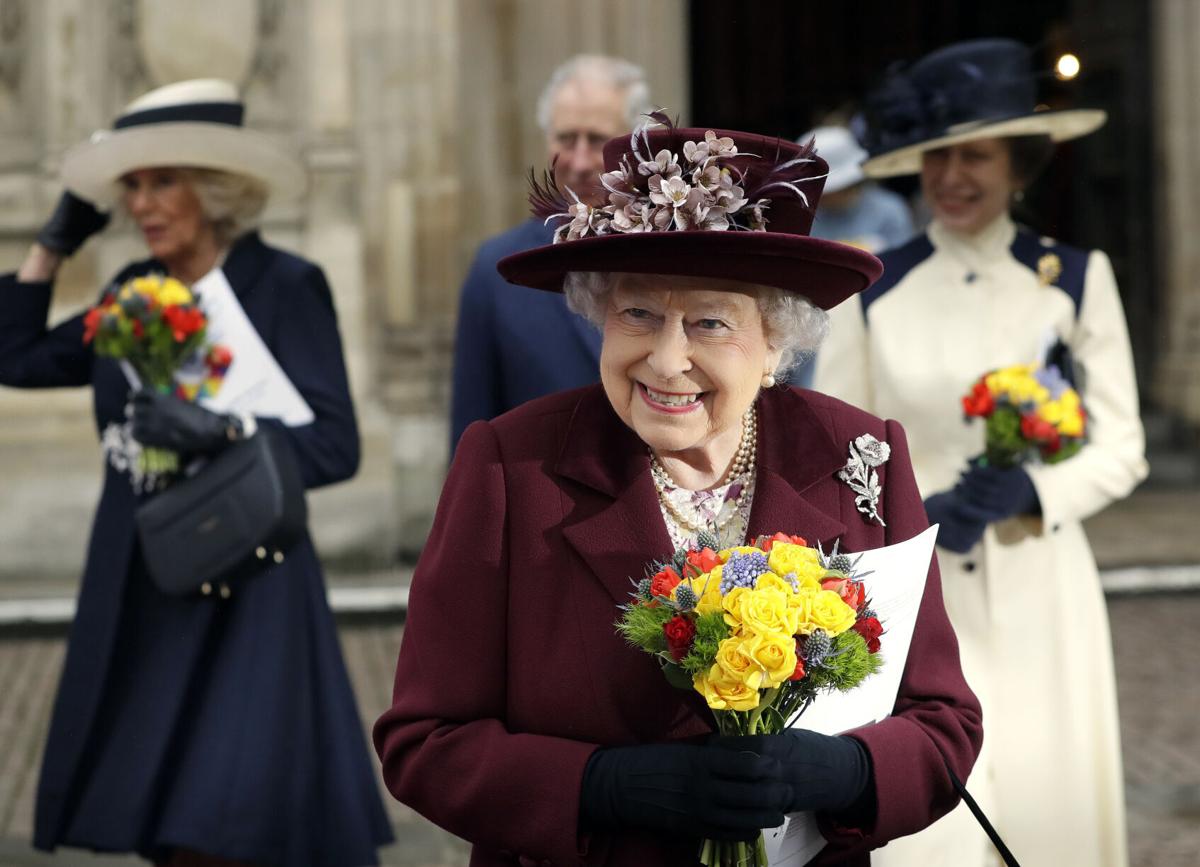 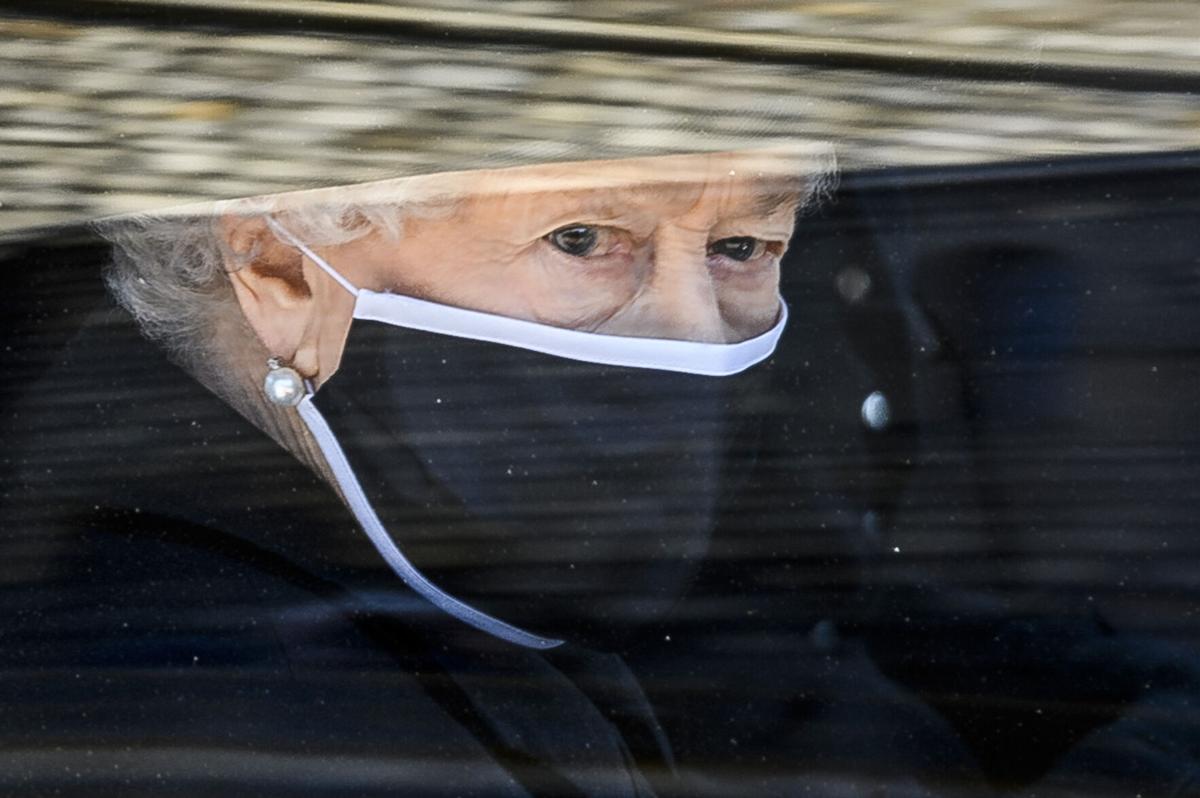 In this Saturday April 17, 2021 file photo, Britain's Queen Elizabeth II follows the coffin in a car as it makes it's way past the Round Tower during the funeral of Britain's Prince Philip inside Windsor Castle in Windsor, England.