These non-virus headlines are in the news this morning: Trump's campaign dropped a central part of its lawsuit in Pennsylvania as the president sends mixed messages on defeat; SpaceX sends second crew into space; and emotional Dustin Johnson wins his first green jacket.

Read on for these stories, other top headlines, celebrity birthdays and more.

President Donald Trump’s campaign is withdrawing a central part of its lawsuit seeking to stop the certification of the election results in Pennsylvania, where Democrat Joe Biden beat Trump to capture the state and help win the White House.

Ahead of a Tuesday hearing in the case, Trump’s campaign dropped the allegation that hundreds of thousands of mail-in and absentee ballots — 682,479, to be precise — were illegally processed without its representatives watching.

The campaign's slimmed-down lawsuit, filed in federal court on Sunday, maintains the aim of blocking Pennsylvania from certifying a victory for Biden in the state, and it maintains its claim that Democratic voters were treated more favorably than Republican voters. Read more:

The Falcon rocket thundered into the night from Kennedy Space Center with three Americans and one Japanese, the second crew to be launched by SpaceX. The Dragon capsule on top — named Resilience by its crew in light of this year’s many challenges, most notably COVID-19 — reached orbit nine minutes later. It is due to reach the space station late Monday and remain there until spring. Read more:

AUGUSTA, Ga. (AP) — In this one-of-a-kind Masters that had no fans and no roars, Dustin Johnson made sure it had no drama. And when he polished off his five-shot victory Sunday with lowest score in tournament history, he had no words. Only tears. Read more:

Click on the links below for full versions of these stories and scroll further for trending stories, a look at today in history and celebrity birthdays.

Image of the day

Week in review: Top photos of the week from AP

Democrats embraced Nancy Pelosi as the first female House speaker in history, and more events that happened on this day in history.

Here's a look back at sports happenings on this date in history, Nov. 16.

Biden briefing: Why his win hides a dire warning for Democrats. Get updated on politics today

Democrat Joe Biden may have produced a winning national formula, but there's another side to the story in election data. Here's a rundown of what you'll want to know about politics this coming week.

Fauci: US may see 'surge upon surge' of virus in weeks ahead

The top virus expert also doesn't expect current recommendations around social distancing to be relaxed before Christmas. See 9 maps and charts that show the spread, plus guides to protect yourself.

US colleges rethink next semester due to virus rise. Get the latest on COVID-19

How might Americans expect to live in the next six to nine months? How should we behave? And what should the next administration do? Here are some answers from Dr. Fauci.

Keep the mask: A vaccine won't end the virus crisis right away. Here's the latest.

Despite the expected arrival of COVID-19 vaccines in just a few weeks, it could take several months — probably well into 2021 — before things get back to something close to normal in the U.S.

Chart COVID-19's daily death count. Plus, maps that show local and US impact

See for yourself how and where COVID-19 coronavirus is spreading, and how fast, in our state and nation. The U.S. averages 172,000 new cases per day and 1,529 deaths. Plus, view our easy interactive guide to protect yourself.

Take a look inside the White House as its 2020 Christmas decorations are unveiled. "America the Beautiful" is this year's theme.

Virus basics: These 5 interactive guides can keep you safe and well

From recognizing symptoms to making your own face mask, these guides will help protect you throughout the pandemic. Plus, who will get the vaccine first and how it will roll out.

Is the election over yet? As court battles dwindle, here's a timeline for transition

President Donald Trump’s lawyers suffered another defeat in court Friday but they vowed to appeal to the Supreme Court. How much longer do they have? View a timeline and catch up on where matters stand.

Your Monday morning headlines: President-elect Biden will wear a boot after breaking foot; the top word of 2020; plus today's forecast, celebrity birthdays and more.

Crowds on the beach in Cape Canaveral, Fla., watch the launch of the SpaceX Falcon 9 Crew Dragon on its Crew-1 mission carrying four astronauts, Sunday, Nov. 15, 2020, in this 3 1/2-minute time exposure. The rocket was launched from Launch Complex 39A at Kennedy Space Center at 7:27 p.m. Sunday evening. 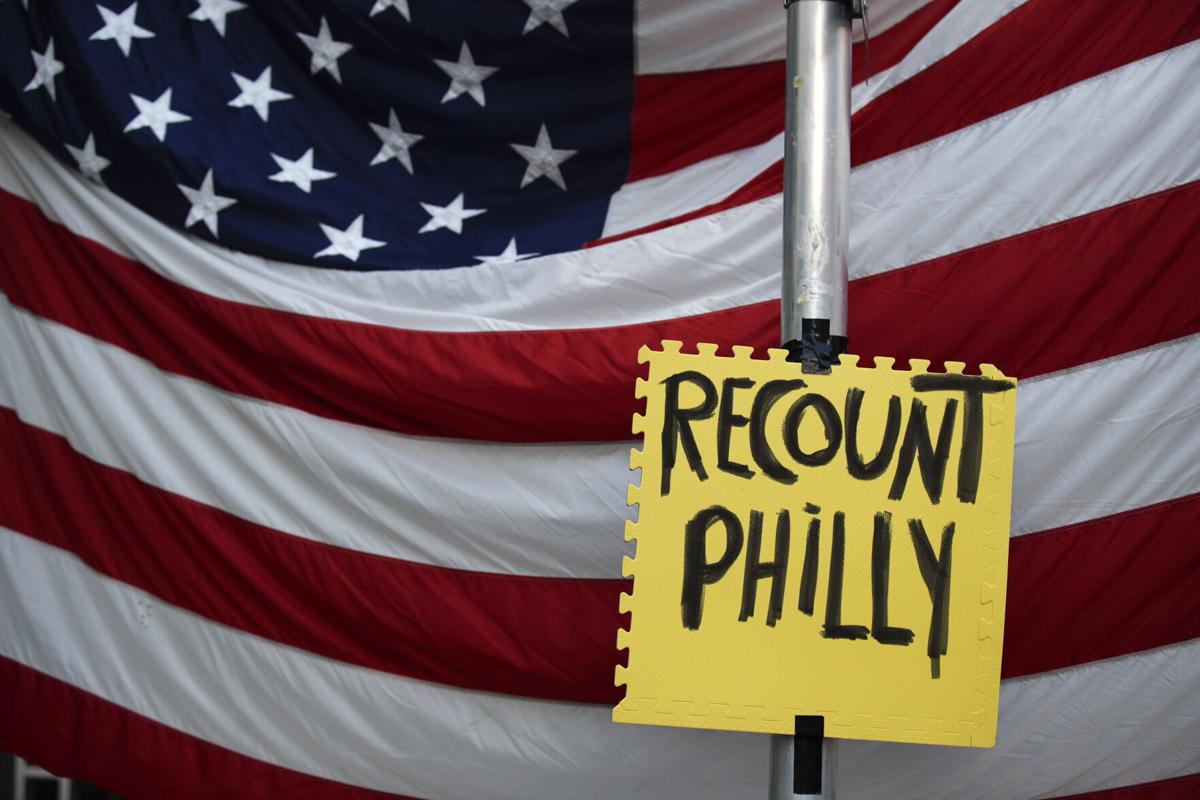 A sign hangs in front of an American flag, as a handful of supporters of President Donald Trump continue to protest outside the Pennsylvania Convention Center, in Philadelphia, Tuesday, Nov. 10, 2020. 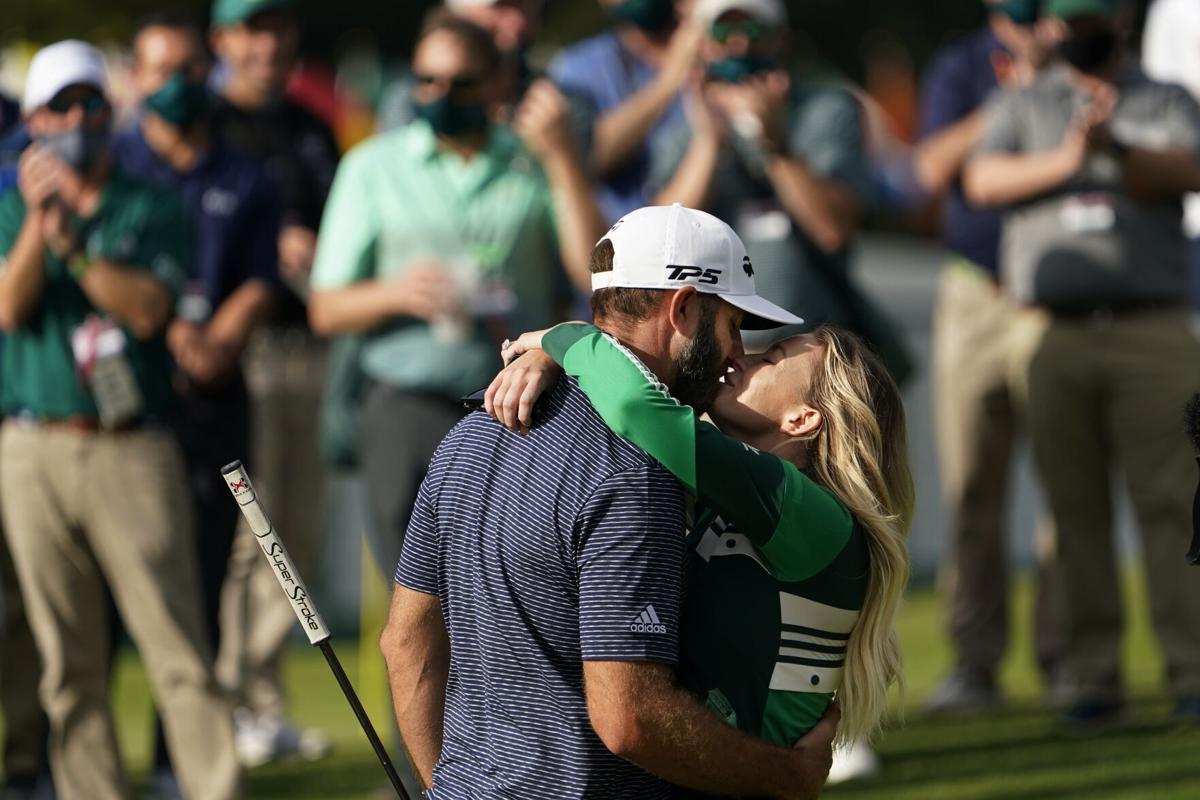