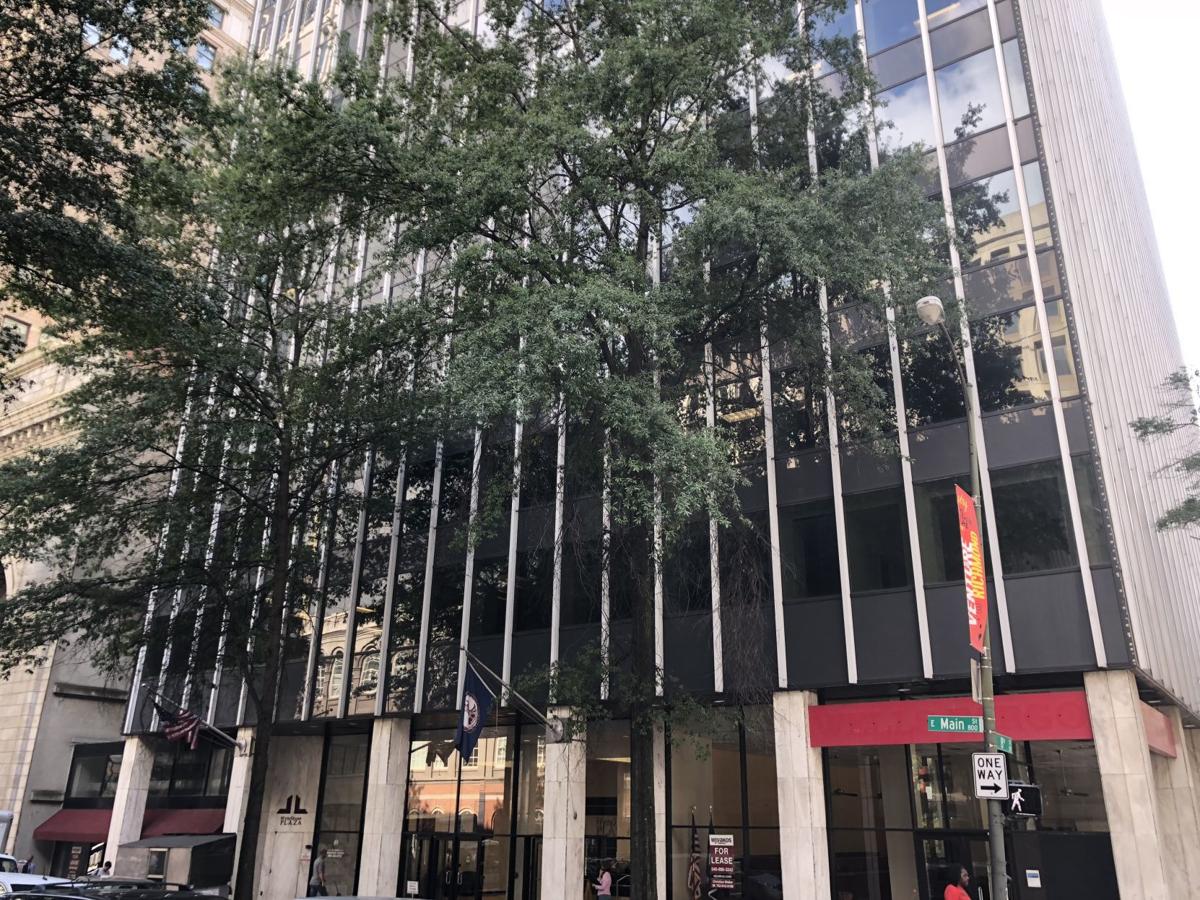 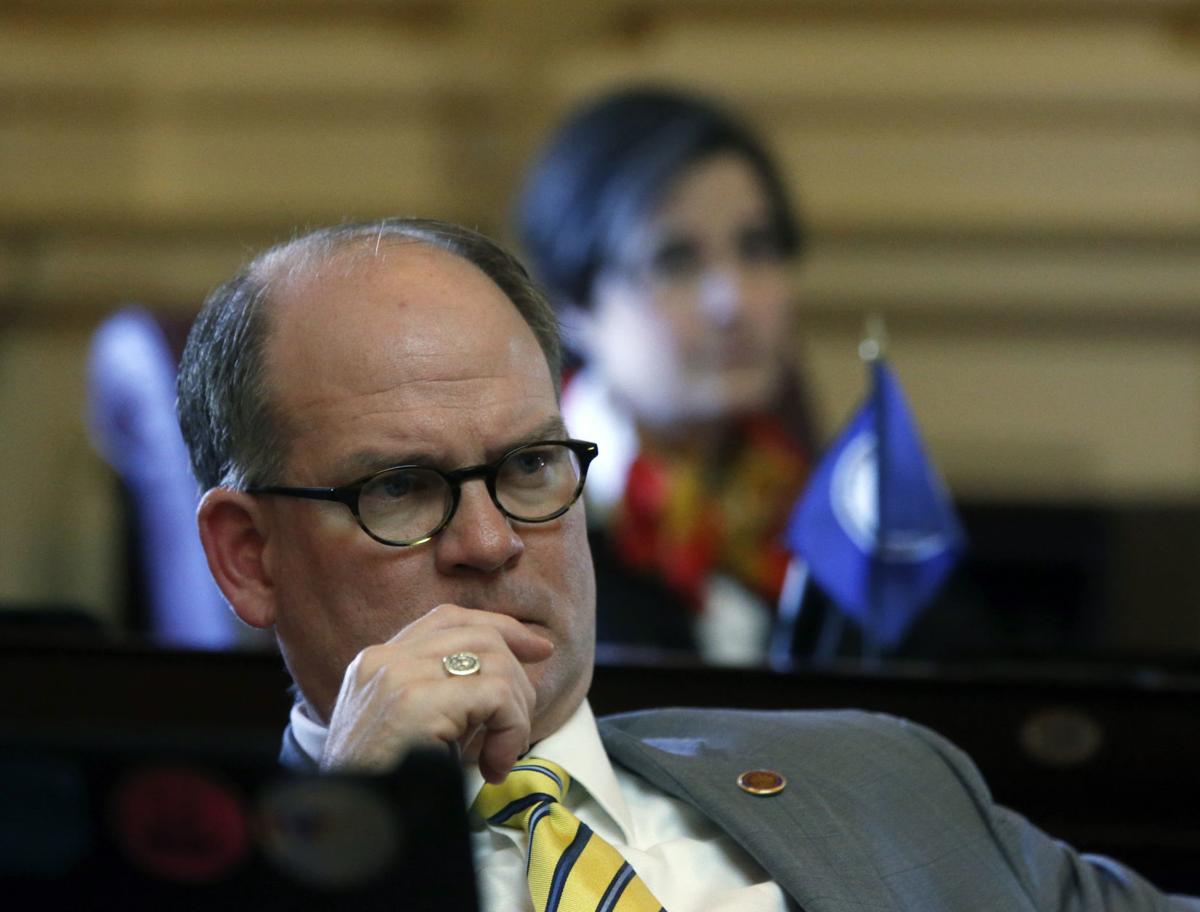 Sen. Monty Mason, D-Williamsburg, left, listens to debate during the floor session of the Virginia Senate inside the State Capitol in Richmond, VA Tuesday, Feb. 19, 2019. 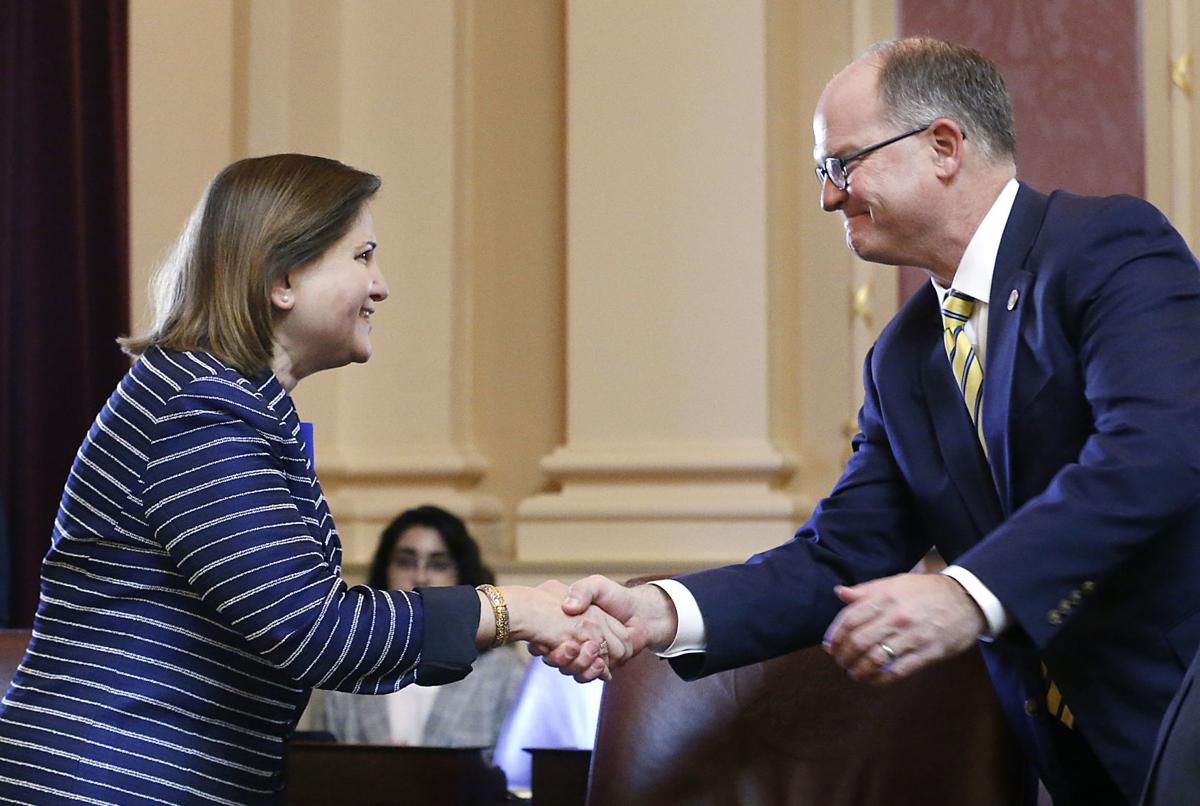 Sen. Monty Mason, D-Williamsburg, shakes hands with Sen. Ghazala Hashmi, D-Chesterfield, on the first day of the General Assembly Wednesday, January 8, 2020. She is the first female Muslim senator in Virginia.

Tori Mabry, 23, stood before a room full of lawmakers, advocates and members of the news media Wednesday morning and shared that she would have gone into the foster care system when she was a child if her older sister hadn’t taken her in.

Mabry said her father was out of the picture, so when her mother went to prison, it was her 21-year-old sister who agreed to take care of her, even though she already had a 3-year-old and money was tight.

“Adding me on was a financial burden,” Mabry said. “I’m so thankful for that because I was able to stay out of the foster care system.”

She recalled living in a trailer with holes in the floor and using blankets to keep the cold out, but being grateful.

Mabry was joined by two former foster children who also spoke at a news conference alongside the lawmakers who are part of the Foster Care Caucus, which formed last year after a report released by the state legislature’s oversight body found that the Department of Social Services, the agency that oversees the foster care system, was struggling to recruit foster parents, place children with relatives, find permanent homes and provide proper oversight.

Sen. Monty Mason, D-Williamsburg, one of the caucus chairs, said the caucus members hope to build on the momentum they saw during the last legislative session. They secured $3.7 million to fund reforms in the system, including additional staff positions. They also passed a foster care omnibus bill that included several reforms, including creating a complaint system and establishing a caseload standard for social workers.

Mason cited Gov. Ralph Northam’s inclusion of $163 million in additional funds toward child welfare in the proposed budget he has presented to the state legislature for approval. That amount includes $16 million to create a fund to support kinship care, the term for when a child is placed with relatives instead the foster care system, like what happened for Mabry.

“For the first time ever, money will be going to relatives who are taking care of children and keeping them outside of the foster care system,” Mason said.

“To be removed from your home and placed with a stranger is more traumatic than being placed with a family friend, or an aunt, or a grandmother,” said Del. Jennifer Carroll Foy, D-Prince William, a member of the caucus.

“The idea is to support relatives who want to support kids ...[and] establish a permanent connection,” said Mabry, who was the first person in her family to attend college and is now a social worker.

The Foster Care Caucus will be focused on pushing through a number of bills to strengthen foster care reform and ensuring that the priorities included in the proposed budget are ultimately approved by the legislature, said Allison Gilbreath, a policy analyst for Voices for Virginia’s Children, a nonprofit that works closely with the caucus on child advocacy issues.

“Our work doesn’t stop here,” said Del. Emily Brewer, R-Suffolk, one of the caucus chairs. “We need to make sure we continue investing.”

Sen. Monty Mason, D-Williamsburg, left, listens to debate during the floor session of the Virginia Senate inside the State Capitol in Richmond, VA Tuesday, Feb. 19, 2019.

Sen. Monty Mason, D-Williamsburg, shakes hands with Sen. Ghazala Hashmi, D-Chesterfield, on the first day of the General Assembly Wednesday, January 8, 2020. She is the first female Muslim senator in Virginia.