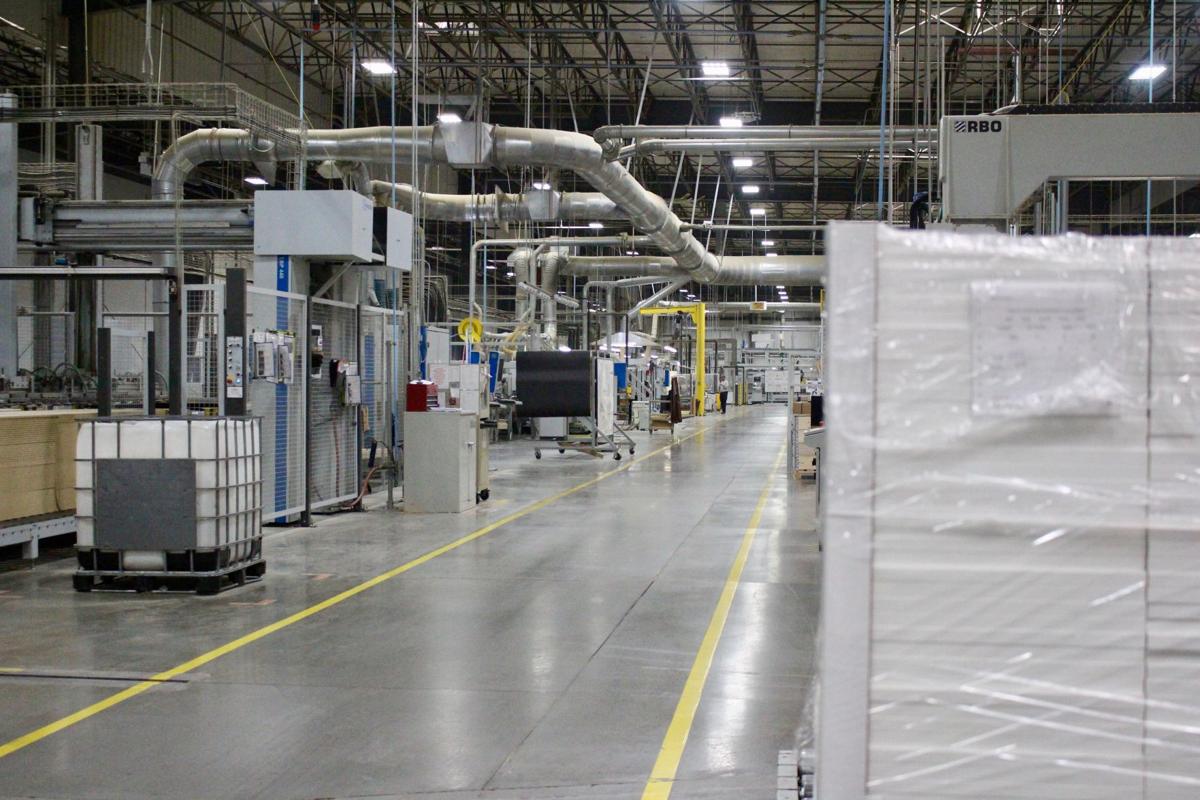 This 2018 photo depicts the Ikea manufacturing plant in Ringgold. 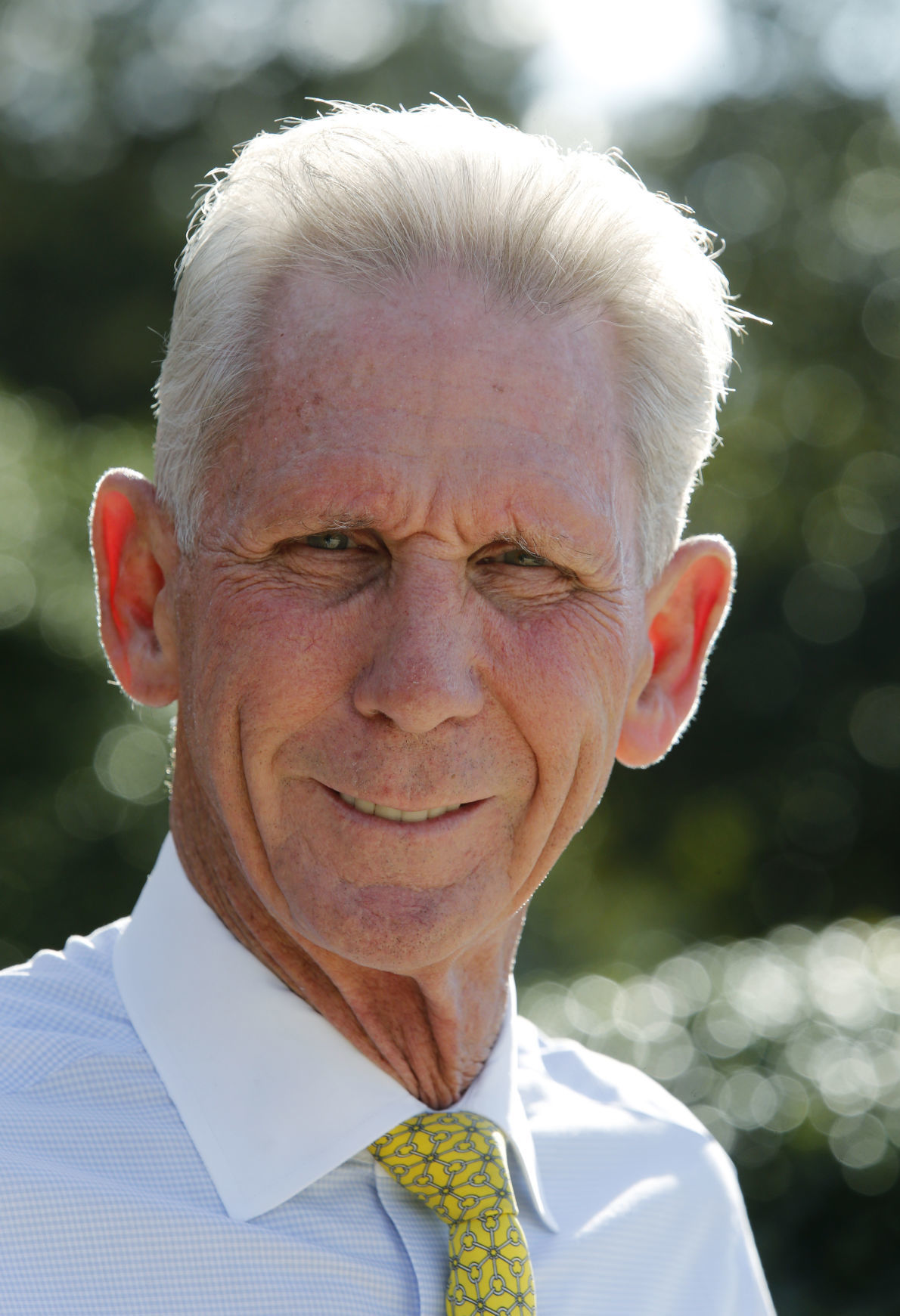 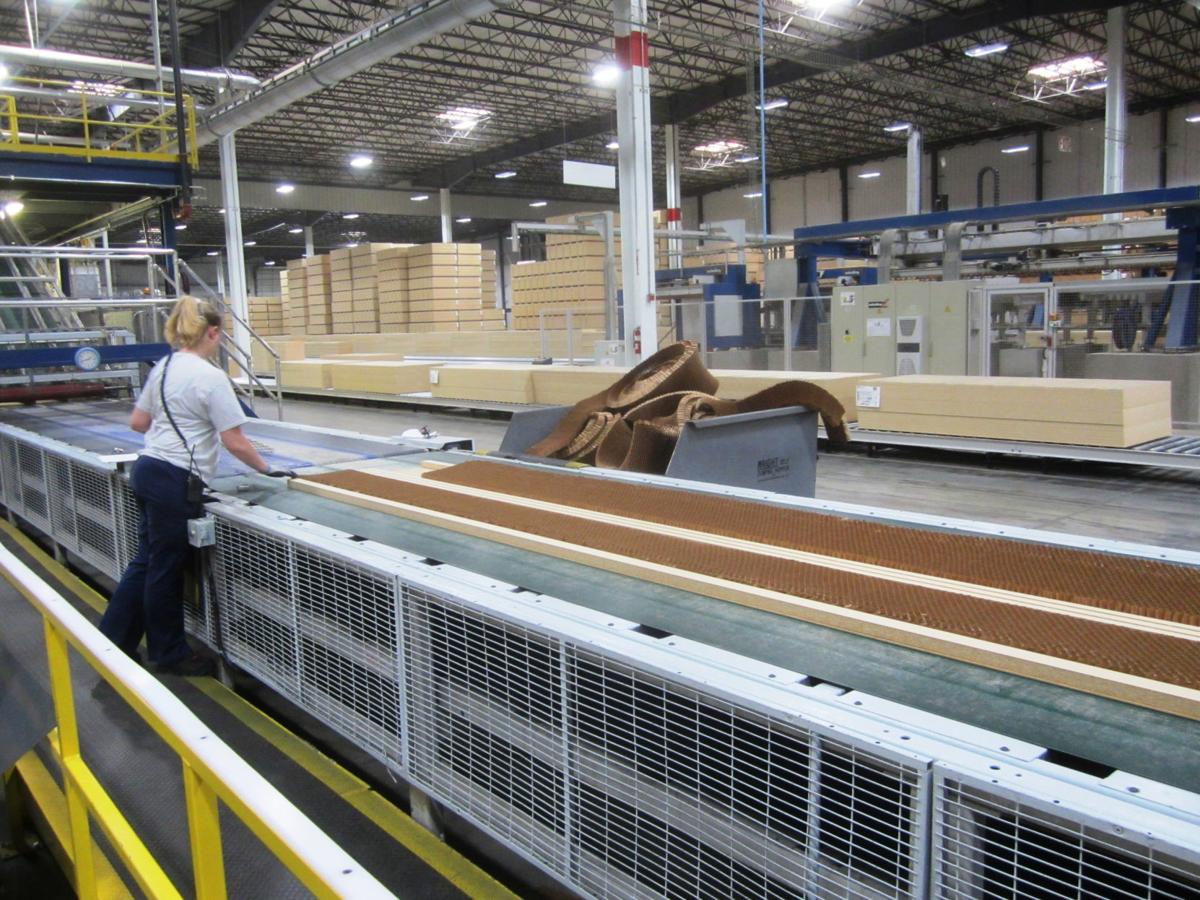 Ikea announced in July that it planned to close its nearly 1 million-square-foot furniture manufacturing plant outside Danville. The European company’s factory opened in 2008 with 300 workers. 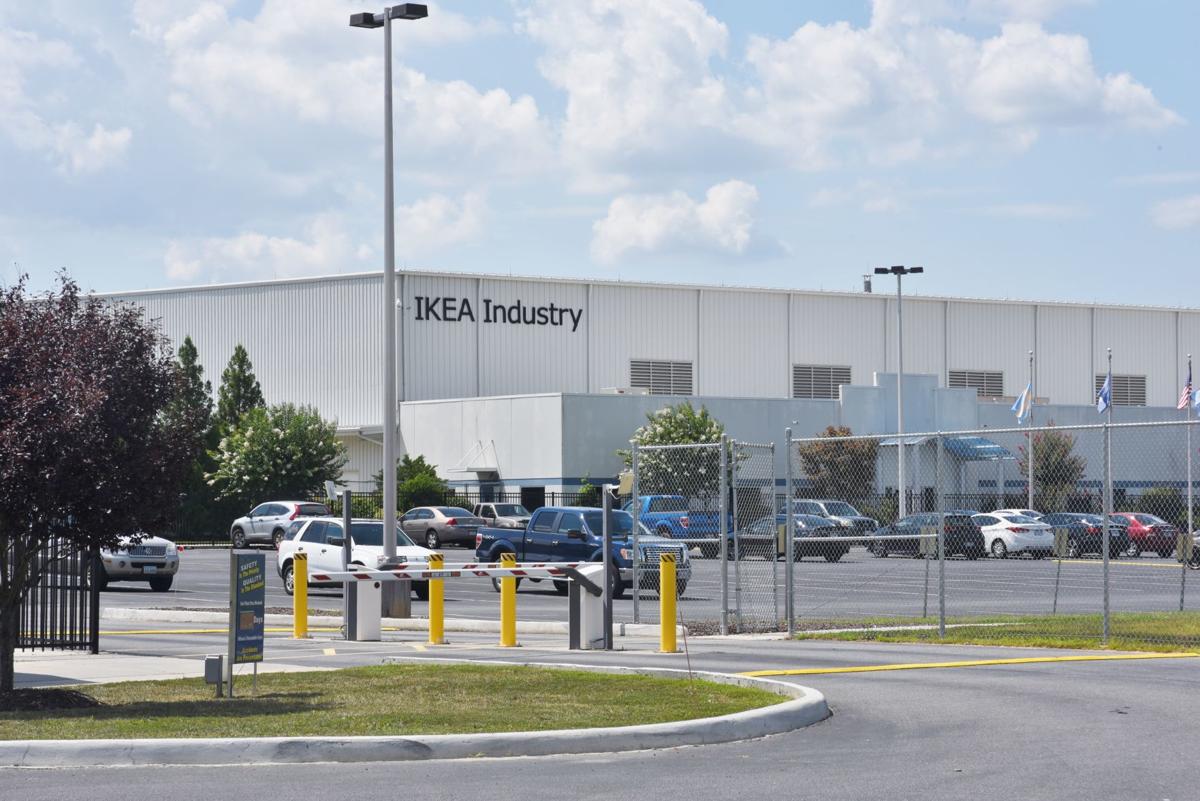 Ikea recently announced it will shut down operations at the manufacturing facility just outside Danville. Workers said the plant is already working with them to find new jobs.

Two days after Commerce and Trade Secretary Brian Ball learned that Ikea would close its furniture manufacturing plant in the Danville area and lay off 300 workers, he learned that a Michigan-based delivery van company was eliminating Virginia from its search for factory sites.

“I said, ‘We might have another site for you,’ ” Ball remembered telling the owner of Morgan Olson, the manufacturer of step-in delivery vans for customers such as UPS, FedEx and the U.S. Postal Service.

A whirlwind courtship ensued, resulting in a blockbuster economic development announcement Friday in Danville. Morgan Olson will invest almost $58 million in the soon-to-be vacant Ikea plant in Ringgold in Pittsylvania County and create 703 jobs that will more than fill the employment void left by the European home furnishing giant’s imminent departure.

“This is kind of a one-in-a-hundred opportunity, a real Hail Mary pass,” said Stephen Moret, president and CEO of the Virginia Economic Development Partnership.

The deal — including $8.8 million in state incentives and almost $1.2 million from a tobacco region revitalization fund — represents a major victory for Gov. Ralph Northam in his quest to boost the economy of communities far from Virginia’s urban crescent of Northern Virginia, the Richmond area and Hampton Roads.

The announcement also capped a week that began with a meeting in Southwest Virginia with the governor and officials for Amazon, which announced almost a year ago that it would build its second headquarters in Arlington County.

“As a native of rural Virginia, I fight every day to ensure all parts of our commonwealth can participate fully in our economic growth,” said Northam, whose native Eastern Shore sometimes has been left off of Virginia maps.

Ball called the timing of the Morgan Olson opportunity “fortuitous” on the heels of the Ikea announcement, but he said it didn’t happen by accident. “The governor has been pushing us hard on job and capital investment — everywhere, not just the usual places,” he said.

Morgan Olson’s plan to convert the Ikea plant — covering almost 1 million square feet — comes as a godsend to a small metropolitan area that Republican U.S. Senate candidate Corey Stewart derided as “boarded up” and “sad” just a year ago in comments that sparked a furious backlash among local leaders and an editorial by the Danville Register & Bee that called it “a cheap shot at Danville.”

The announcement in July that Ikea planned to close the plant because of the high costs of building materials was “depressing,” acknowledged state Sen. Frank Ruff, R-Mecklenburg, who is seeking a fifth term representing a Southside district that covers parts of Danville and Pittsylvania.

Ruff is chairman of the Major Employer Incentive Project Approval Commission, a legislative oversight panel that approved the state incentive package for the project on Aug. 20. “It was an easy sell,” he said.

Poindexter toured the Ikea plant July 28, culminating a courtship that began July 12, the same day Morgan Olson eliminated other Virginia sites from consideration for what was initially planned as two smaller facilities when the state was first contacted in May.

The push to seal the deal included economic development leaders from Danville and Pittsylvania, historic rivals that have worked closely together for two decades after the collapse of the tobacco, furniture and textile industries that had fueled the region’s economy.

“With this announcement, Morgan Olson will become the largest private employer in Pittsylvania County, and we are grateful for the company’s long-term commitment to the community,” said Bob Warren, a Pittsylvania supervisor who serves as vice chairman of the Danville-Pittsylvania Regional Industrial Facility Authority.

It also included representatives of the Institute for Advanced Learning and Research, a higher education initiative partly financed by the regional tobacco fund, and Danville Community College, which are partners in the Gene Haas Center for Integrated Machining. The regional center trains workers to be machinists in advanced manufacturing technologies.

“Make no mistake about it — it’s been an all-hands-on-deck effort down there,” said Todd Haymore, a former secretary of commerce and trade who grew up in Pittsylvania within sight of the Danville city line.

Haymore now leads the global economic development and commerce operation at Hunton Andrews Kurth, which represents the higher education institute in Danville. He was state agriculture commissioner under then-Gov. Tim Kaine when Ikea announced in October 2006 that it would build its only North American factory outside of Danville and eventually have up to 740 jobs.

The factory opened in 2008 with a workforce of 300, which grew but not to the full scale envisioned initially. Ikea announced July 10 that it would close the plant in December, giving its union workforce six months’ notice.

The Morgan Olson project will give Virginia its first chance to test a new customized workforce training program that Moret — head of the Virginia Economic Development Partnership — has modeled on similar programs in Georgia and in Louisiana, where he was secretary of economic development under then-Gov. Bobby Jindal.

The two-year budget that the General Assembly adopted and Northam signed last year includes $7.5 million to create the program, which just launched as the Virginia Talent Accelerator Program. The program will work with the Virginia Community College System to help businesses recruit and train workers, especially for high-skill jobs.

“This is going to be a great first project for us,” Moret said.

Morgan Olson President and CEO Mike Ownbey called the state workforce program “one of the most attractive aspects of locating in Danville-Pittsylvania County” because it will “help us quickly attract and train the high-quality workforce we need to deliver for our customers.”

The area also was helped by a $648,000 grant from GO Virginia last year to test a technology training initiative — dubbed GO TEC — in Danville and Pittsylvania middle schools that soon will expand across the Southside region to develop skilled workers. “What they’re seeing is a pipeline that’s being developed,” said Linda Green, executive director of the Southern Virginia Regional Alliance.

Green, who also directs economic development at the institute in Danville, said that without the workforce training initiatives, “we wouldn’t have won the game.”

The incentive package for the project includes:

Morgan Olson has promised to give current Ikea employees “priority consideration” in company hiring for the new plant, the governor’s office said.

Green said the Ikea workforce has the applied skills to adapt to making automobiles instead of furniture. “You couldn’t have dreamed of a better fit,” she said.

Morgan Olson also was looking for an existing facility to house the new operation, so the Ikea plant helped sell the site, Green said. “The building is a stellar manufacturing facility.”

Based in Sturgis, Mich., the company is one of eight subsidiaries of J.B. Poindexter & Co. Inc., which began in 1983 as a private equity investment partnership in New York City.

The company now is based in Houston, Poindexter’s hometown. The subsidiaries have combined annual revenues of $1.4 billion and 6,200 employees.

Moret, hired in late 2016, called the project “a really rare opportunity” to replace one closing business with a bigger new one, but he credited the region for unifying to overcome decades of economic setbacks.

“You’d be hard-pressed to find a region that has come together in a more collaborative way to create a new future for itself,” he said.

This 2018 photo depicts the Ikea manufacturing plant in Ringgold.

Ikea announced in July that it planned to close its nearly 1 million-square-foot furniture manufacturing plant outside Danville. The European company’s factory opened in 2008 with 300 workers.

Ikea recently announced it will shut down operations at the manufacturing facility just outside Danville. Workers said the plant is already working with them to find new jobs. 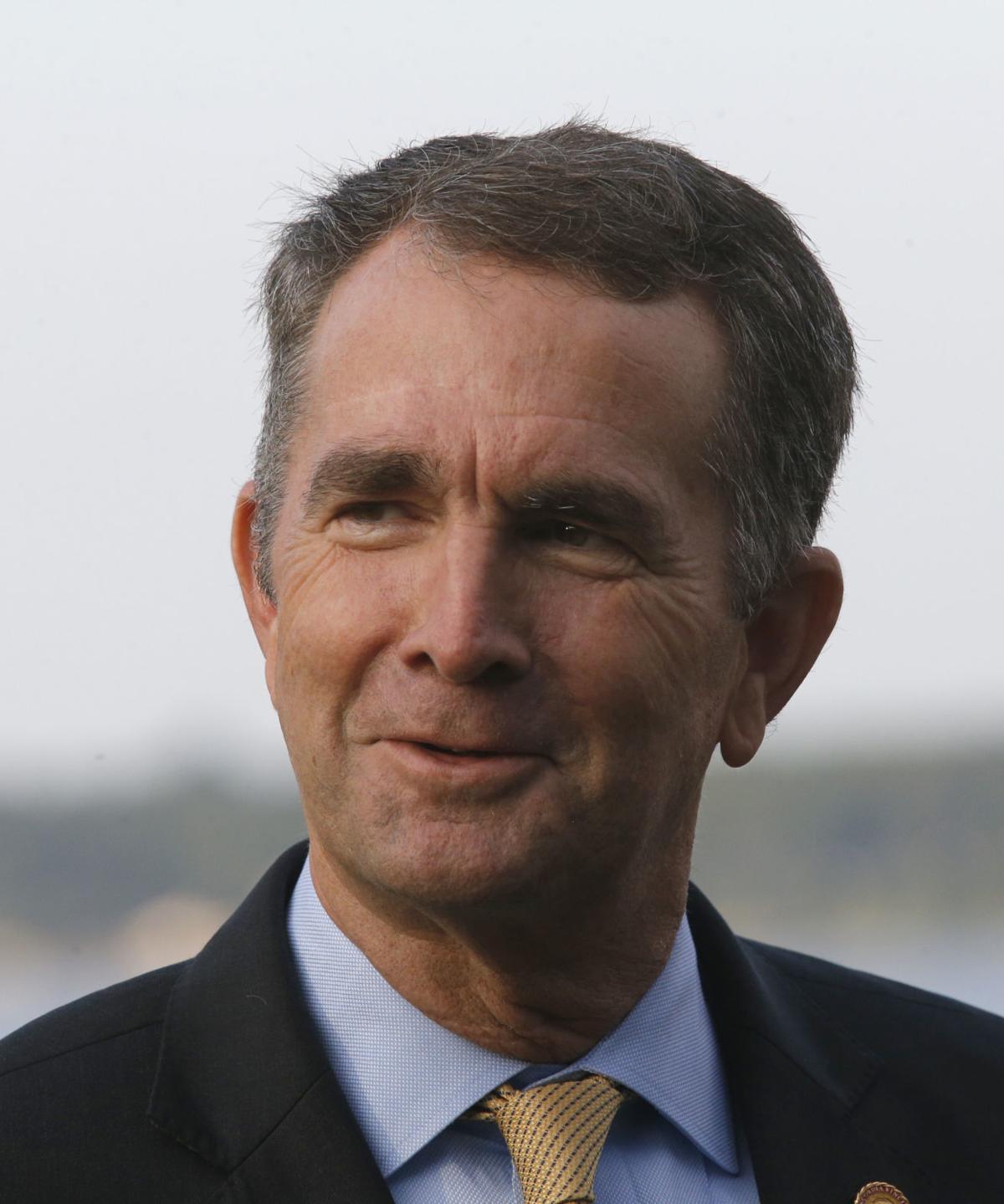