House Democrats want to give committee power over firearms in Capitol. Republicans question the plan.
4 comments
Share this
{{featured_button_text}}
1 of 4 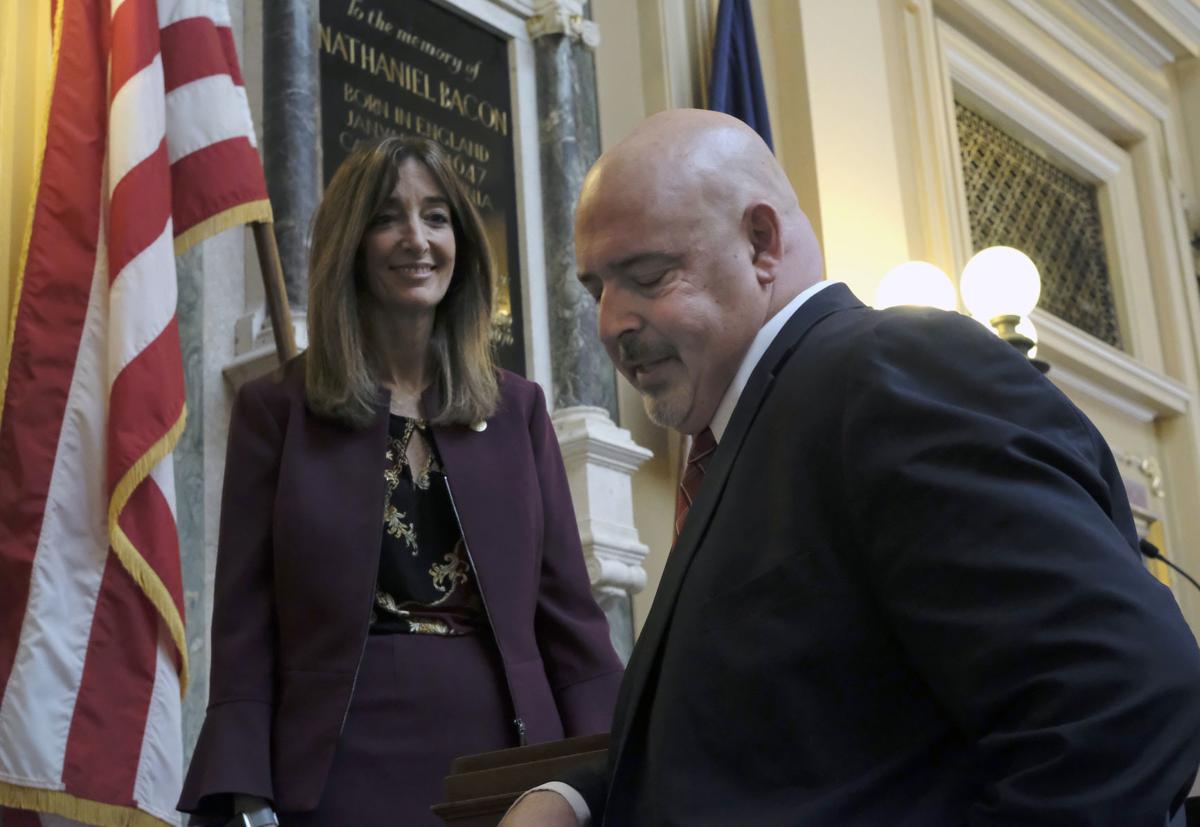 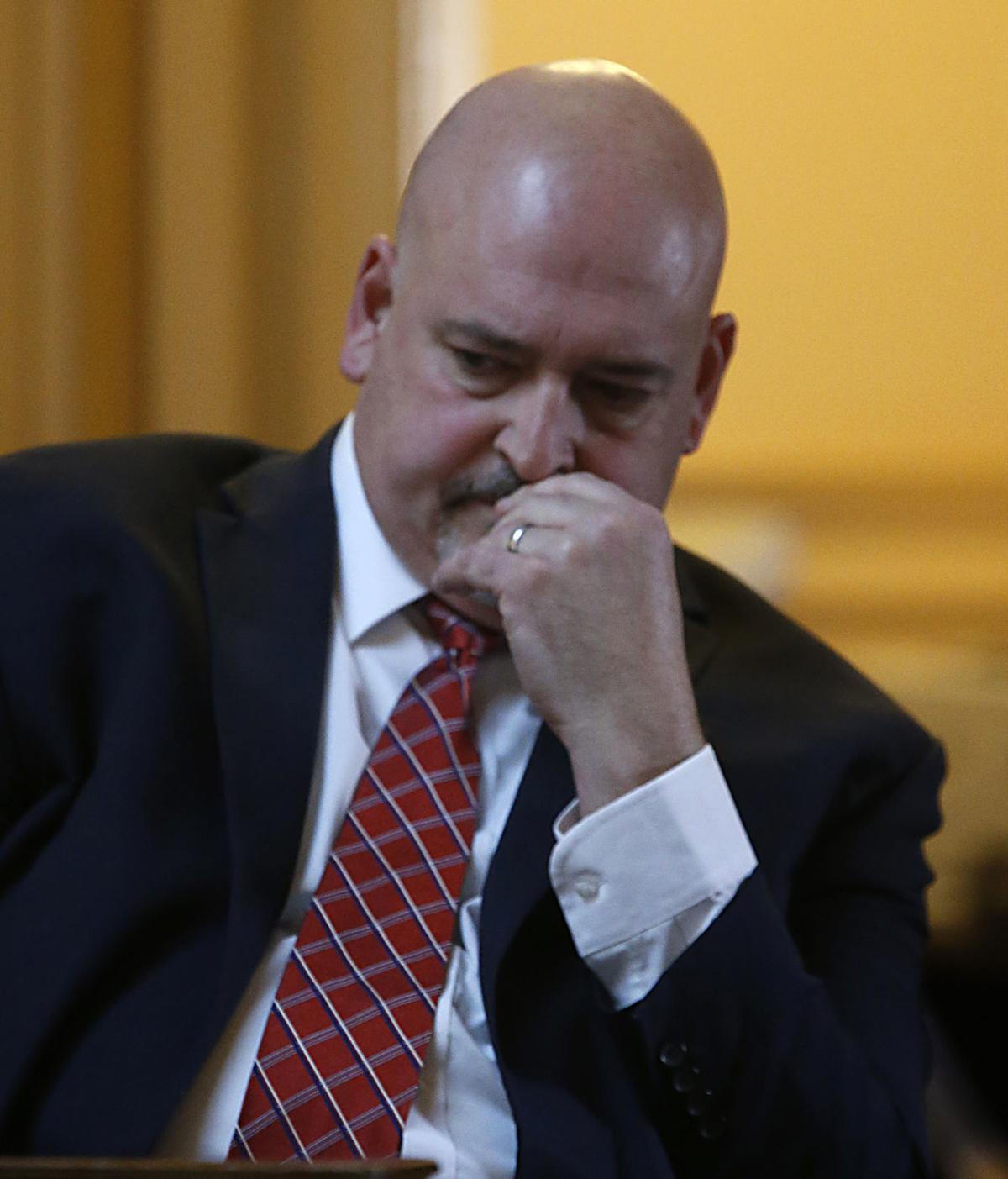 House Minority Leader Todd Gilbert, R-Shenandoah, sits at his desk after votes on rules changes during Thursday's floor session of the Virginia House of Delegates at the state Capitol. 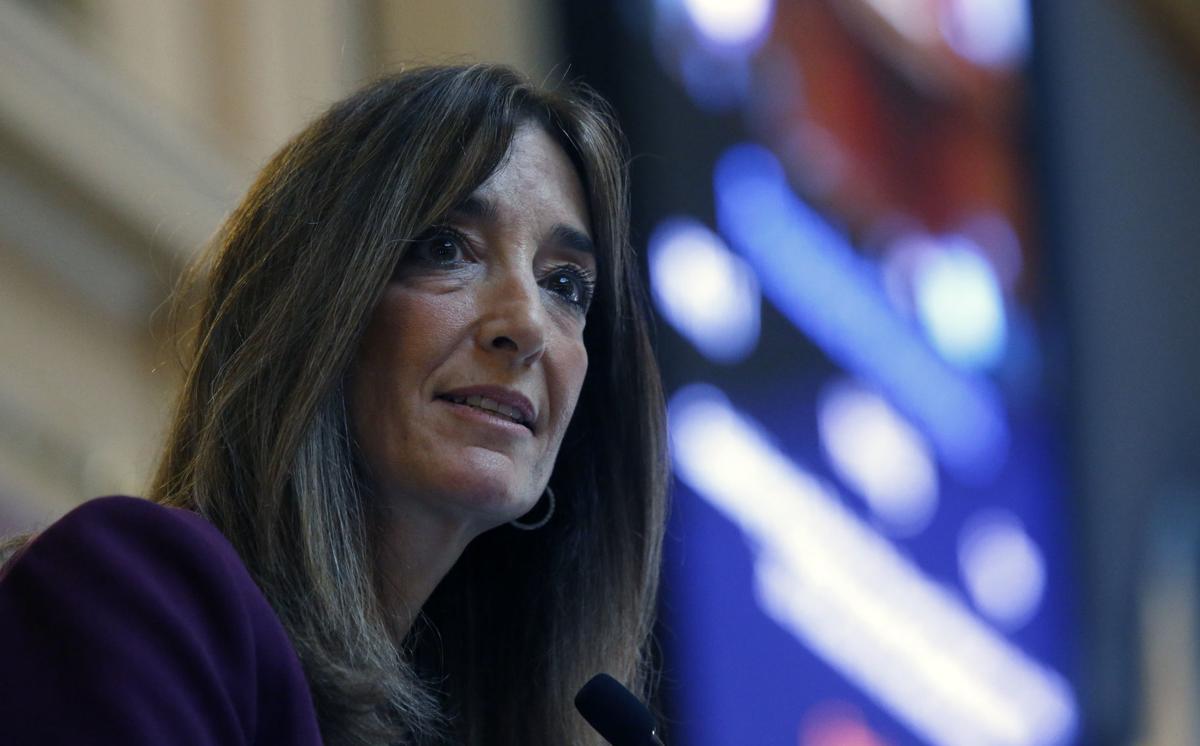 With tensions rising over potential gun control laws, House Democrats adopted new operating rules on a party-line vote on Thursday that give one House of Delegates committee the authority to set and revise policy on firearm possession in the Capitol and adjacent legislative buildings.

The rules, adopted a day after the new General Assembly convened under Democratic control, direct the House Rules Committee to establish a policy on the ability of legislators, staff, guests and visitors to carry guns into the Capitol, including the House chamber, and the Pocahontas Building, where most legislative business is conducted.

“The committee may amend the policy, which may or may not include a blanket prohibition, from time to time as appropriate,” states Rule 85 in a package of operating rules adopted on a 55-45 vote, reflecting the new political balance between Democrats and Republicans after November’s elections.

Democrats and Republicans acknowledge that a Jan. 20 rally organized by gun activists expected to draw thousands of armed men and women to Richmond could pose a security risk .

House Minority Leader Todd Gilbert, R-Shenandoah, said in an interview that in such a large gathering, there is a possibility of groups hijacking the event to cause trouble.

But Republican leaders objected to a rule allowing a House committee, dominated by Democrats, to set policy for the Capitol, Pocahontas Building and other parts of the Capitol Square complex, where the Senate and governor’s office also share authority.

“We just thought that taking things out of the hands of the House at large and putting them in the hands of the Rules Committee was a way to avoid scrutiny and transparency and effect policies that have larger implications, but without all the members having to vote on them,” Gilbert said Thursday.

Gilbert was one of five Republicans appointed to the 18-member Rules Committee on Thursday.

Del. Marcus Simon, D-Fairfax, the lead parliamentarian for Democrats, said giving the Rules Committee authority over the firearm policy would allow the House to adjust the policy as threats and new intelligence demand. Simon said the committee would meet on the call of the chair — House Speaker Eileen Filler-Corn, D-Fairfax — as needed.

“We want to keep the gun policy as flexible as possible,” Simon said. “We’ve been briefed by the Capitol Police on a number of different threats and difficult days that may be ahead. And I think we want to make sure we have a policy that’s flexible enough to react to whatever the reality is out there and on the ground.”

On the Senate side, rules established by that chamber make no mention of gun restrictions for the legislative session.

Del. Bobby Orrock, R-Caroline, the Republicans’ primary expert on parliamentary issues, said he believes that “all that we totally control is the House chamber.”

“They can’t do that by themselves,” Locke said. “It has to be joint.”

The Joint Rules Committee is scheduled to meet Friday for the first time this year. The governor’s office did not respond to a request for comment on the issue.

The House rules fight isn’t the only organizational issue slowing down the work of the new assembly.

The Senate has not acted on the procedural resolution adopted by the House to set joint operating rules and deadlines for the 60-day session, scheduled to adjourn on March 7.

The procedural agreement is caught up in a dispute partly over the lack of a deadline for legislators to act on the proposed constitutional amendment to require nonpartisan political redistricting, adopted by the assembly last year. The resolution containing the amendment must be adopted again this year — without change — to go to a voter referendum in November on whether to create a nonpartisan commission for drawing new congressional and assembly district boundaries in 2021.

Sen. Ryan McDougle, R-Hanover, the previous chairman of the Senate Rules Committee, said the procedural resolution potentially could allow legislators to avoid votes on the politically sensitive issue. Some Democrats are wary that the proposed constitutional amendment could disadvantage the party in the impending redistricting.

The resolution would set different deadlines for action on constitutional amendments than on normal legislation, as it also does for adoption of the state budget. Unlike the budget, so-called second reference resolutions, such as the constitutional amendment on redistricting, have no deadline for final action. The procedural agreement exempts such resolutions from a March 3 deadline for action on any bill or joint resolution.

“It looks like the [House Democratic] leadership is setting up a system so their members would never have to vote,” McDougle said in an interview on Thursday.

House Majority Leader Charniele Herring, D-Alexandria, said that was not the intention of the proposed procedural resolution. She said it doesn’t set a deadline for acting on the constitutional amendment in order to give members more time to review enabling legislation that would specify how the redistricting commission would be formed and operated.

“It allows members to see the enabling legislation,” said Herring, who has publicly pledged to support nonpartisan redistricting.

Sen. Louise Lucas, D-Portsmouth, the president pro tempore, confirmed that the procedure for handling constitutional amendments is a “central issue” in the standoff, along with representation on conference committees that settle differences between the Senate and House on legislation, including the state budget.

“I don’t know what it’s going to take to break the impasse,” Lucas said.

Gilbert, who previously served as majority leader, said he and then-Speaker Kirk Cox, R-Colonial Heights, approached Democratic leaders last month to agree on a procedural resolution for the upcoming session but were rebuffed.

“They’ve spent a lot more time on pomp and circumstance than being ready to govern from day one, and they still haven’t started,” he said.

House Minority Leader Todd Gilbert, R-Shenandoah, sits at his desk after votes on rules changes during Thursday's floor session of the Virginia House of Delegates at the state Capitol.