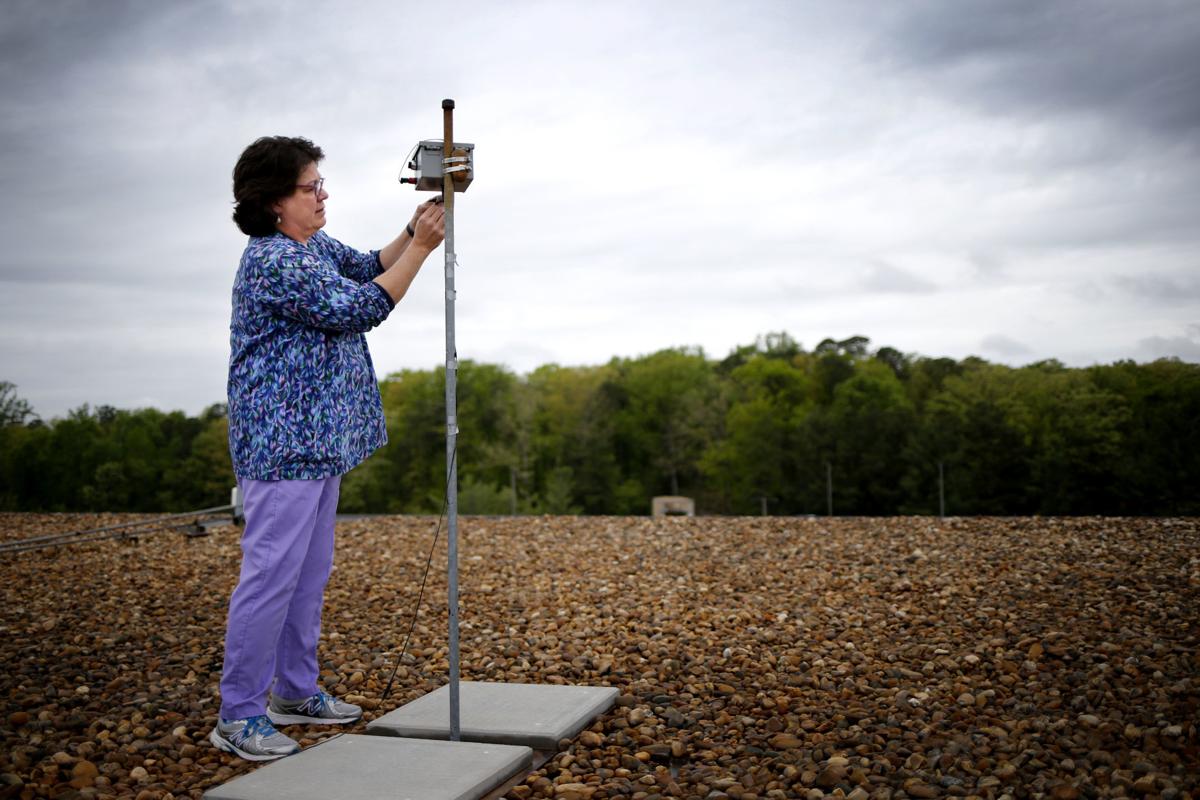 Becky Collie with Allergy Partners of Richmond collects pollen samples from the roof of its Henrico County office. She has been making the daily allergen counts since 1988. 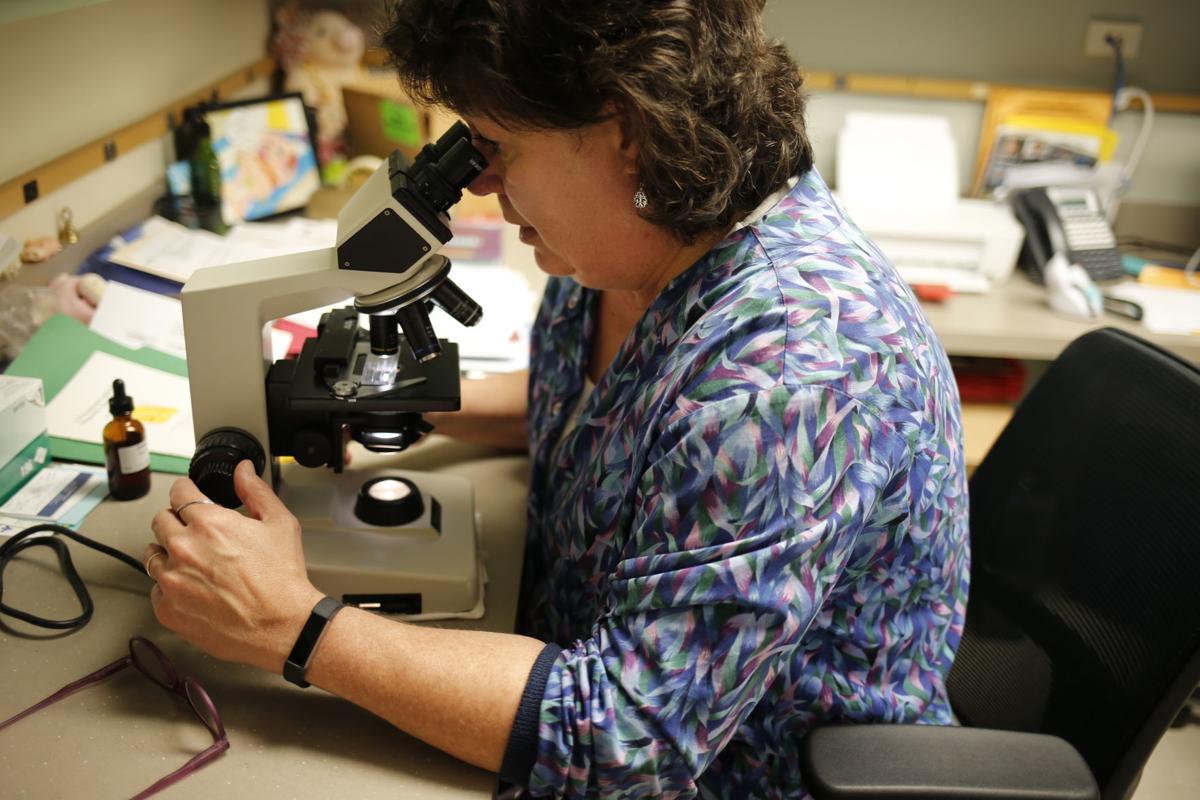 The early cusp of it, at least.

An early spike of pollen is billowing across metro Richmond, thanks to the streak of mild temperatures in recent weeks.

If the appearance of flowers and buds in February didn’t tip you off, some sniffling might have.

At Allergy Partners of Richmond in Henrico County, practice ambassador Becky Collie noticed a little rise in patient requests over the past couple of weeks. And on Wednesday, the practice’s first pollen count of the season revealed a high level of tree activity: 168 grains per cubic meter of air, averaged over the 48 hours leading up to noon.

Most of the pollen was the cedar/juniper variety — typically the earliest pollen culprit to arrive — with smaller traces of alder, elm, maple and pine.

That’s in the high category, and not merely by February standards. The scale is based on historical counts across the country. A higher count doesn’t necessarily predict more severe symptoms, but it will bother people who are allergic to the cedar that is active right now.

“And on the other side of that, if the count is 200 today and you’re allergic to oak, you’re probably OK because there’s no oak,” Collie said.

The pollen-collecting machine was just shipped back to the practice after its annual calibration, and likely would have picked up some cedar pollen on those warm days in late January and early February, too, Collie said.

There’s probably more cedar and maple to come on any warm, dry, windy days that encourage the release and spread of tree pollen.

Last year, there was a similar spike in cedar after warm weather in early February. In 2017 and 2018, it surged in mid-February. But in a more typical year, maple might be making its first appearance in late February or early March.

Collie’s advice for those not yet feeling symptoms, but who usually do in spring?

“It’s time to get on your over-the-counter steroid nasal sprays and start taking your antihistamines regularly. Be proactive. We used to say start in March. I think it’s safer to say start things up in early February.”

For those already scratching and sneezing?

“You can still do those things, but once you’ve started having symptoms it’s not going to be as effective,” she said. “And if you really are bothered over an extended period of time you might want to be evaluated by a board certified allergist.”

If you’re sensitive to mold spores, this winter hasn’t done you any favors, either.

“Mold has never gone away because it hasn’t gotten cold enough,” Collie said. Mold has a year-round season in Richmond with spikes driven by rain and humidity, but prolonged spells of freezing nights can knock the counts below 1,000. As of Wednesday, it was at 4,440, which is in the low range.

What happens next also depends on the weather.

“I really think there’s no way to absolutely predict it, because we could get cold in March,” Collie said.

In recent years, a spike-lull-spike pattern has been on display when abnormal February warmth was followed by a retreat in March, then a big resurgence in April when oak drives the highest counts of the year.

Collie has been looking under a microscope and making the daily counts since 1988. As mean temperatures have warmed up over those decades, the peak spring pollen date has been trending earlier and more intense, according to analysis of Collie’s data performed in 2018 by climate scientist Jeremy Hoffman at the Science Museum of Virginia. And as the season starts earlier and earlier into February, the longer it runs overall.

Collie plans to gather regular pollen samples through the rest of spring, updating the counts on the site — www.allergy partners.com/richmond — and writing a more detailed breakdown of the pollen types in posts on the Facebook and Twitter pages for Allergy Partners of Richmond.

Becky Collie with Allergy Partners of Richmond collects pollen samples from the roof of its Henrico County office. She has been making the daily allergen counts since 1988.