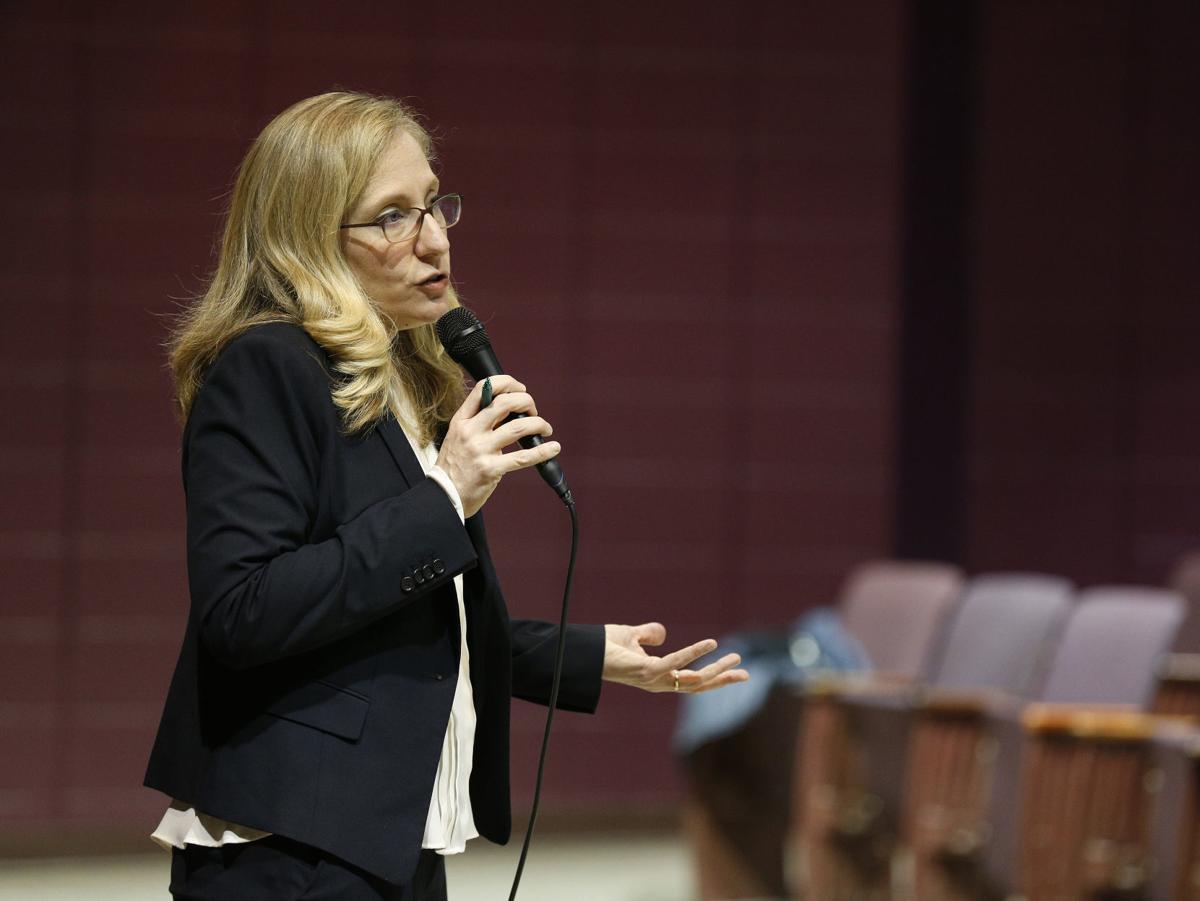 Republicans will choose their candidate Saturday to run against first-term incumbent U.S. Rep. Abigail Spanberger, D-7th, in the November election.

On Saturday, some 5,000 Republicans are expected to stream onto the state fairgrounds — they embrace the farm on which Secretariat, the Triple Crown winner, was born — to choose from among six candidates the party’s congressional nominee in the 7th District, a rural-suburban mishmash that stretches south, west and north of Richmond.

The district was drawn to elect a Republican but two years ago fell to Democrat Abigail Spanberger, who harnessed the vast anti-Trump vote in the fast-growing subdivisions of Chesterfield and Henrico counties.

The GOP nominee will be selected by convention, an up-close-and-personal process that almost always generates ill will among activists and, in this instance — because safety precautions largely are voluntary — might drive up COVID-19 infections across the 7th District.

Think of it as convention spread, not community spread.

But it is the health of the Republican Party that’s on the line.

Its feverish insistence — mostly at the local and regional level — on picking nominees in members-only conventions rather than open-to-all primaries is stranding Republicans on the right, isolating them from voters in the election-deciding middle.

This is not a new problem for Republicans. It is a bigger one.

In the heavily GOP 5th District, spanning from the outermost suburbs of Washington to the North Carolina line, Republicans dumped a freshman congressman, Denver Riggleman, for Bob Good, a far-right-winger who berated Riggleman for officiating the wedding of gay campaign volunteers.

In a drive-through convention outside Lynchburg, Good was nominated with about 2,400 votes. That a handful of people participated confirmed only one thing: Republican politics is for the few — the cultural, social and religious conservatives who’ve mastered a system designed four decades ago to limit their influence within the party.

To Good’s advantage, the 5th District is keen on President Donald Trump — he won it by 6 percentage points in 2016 — but, at this point, it has more fully considered the Democratic nominee, Cameron Webb, a doctor-lawyer who won a primary with more than 26,800 votes.

That Webb has shown broad support has Democrats believing they have a shot. But their optimism has more to do with the fissures among Republicans left by the nasty brawl between Good and Riggleman, who is refusing to endorse Good.

And it’s that accumulating animus that has 7th District Republicans worried that a congressional seat that should be theirs again will slip away. Plus, Democratic wins this year could be locked down through 2031 through redistricting next year.

In the Trump-carried 7th District, because of the coronavirus, the congressional convention was pushed from April to July, prolonging damaging intraparty combat and forcing candidates to burn into the summer cash that could have been saved for the fall.

Meanwhile, Spanberger — running in one of the top contests in the country this year, according to the Cook Political Report — sponges up millions in donations as well as ammunition for the general election. The garbage Republicans hurled at each other can be hurled by Spanberger at the GOP nominee.

In other words, Republicans are doing Spanberger’s opposition research for her.

The presumed front-runners for the Republican nomination — Dels. Nick Freitas of Culpeper and John McGuire of Goochland — have made a high art of going low, though Freitas has brought some of this on himself. For the second time in two years, he failed to complete the paperwork required to get his name on the ballot, reviving claims he’s details-averse.

In 2019, a comparable muff-up forced Freitas to run for re-election to the legislature as a write-in. He got a reprieve this year from a skeptical state elections board, which gave a similar break to Good. Had Good failed to make the ballot, Riggleman likely would have run as an independent stand-in for Republicans.

If these nominations had been settled in primaries, they’d have been won and done by now, perhaps producing nominees with some cross-party appeal. It’s not a guarantee.

Indeed, contested GOP primaries in recent years have not only spotlighted, through their thin turnout, shrinkage in the party’s base but they have aggravated divisions in the ranks, crippling their nominees. Just ask George Allen or Ed Gillespie, whose Senate and gubernatorial bids in 2012 and 2017, respectively, were fatally wounded in primaries.

And primaries can produce embarrassingly weak nominees, such as Corey Stewart, the Trump sound-alike clobbered for U.S. Senate in 2018.

But primaries are, at minimum, an opportunity for a party to rebuild or expand. Attempts to make primaries mandatory in Virginia usually meet with stout resistance from the insiders who have no intention of sharing the power they’ve worked long and hard to amass.

That’s why the last big winner out of Caroline County might prove to be Secretariat.

Schapiro: A chance for Virginia to repeat history

A century later, another all-Black ticket?

Republicans will choose their candidate Saturday to run against first-term incumbent U.S. Rep. Abigail Spanberger, D-7th, in the November election.