Angling to bring “hope” back into political discourse, Sen. Jennifer McClellan, D-Richmond, says she is “laying the groundwork” for a campaign for governor, with an announcement on her decision coming in April.

“I want to make sure we have a Virginia that is being a positive force for change that doesn’t leave anybody behind,” McClellan, 47, told the Richmond Times-Dispatch in an interview Friday — citing what she sees as “turmoil” at the federal level and an economy that is changing quickly due to technological advances.

“I want to make sure we as a commonwealth are adapting in a way that is solving people’s problems. I want to serve where I can best do that.”

McClellan, an established fixture within the Virginia legislature, long seen as a rising star within the party, has teased at her ambitions for statewide office for years — repeating the joke that “any politician who tells you they don’t want to be governor is a liar.”

McClellan, who served in the House of Delegates for 11 years until she became a senator in 2017, is a corporate attorney for Verizon. She has juggled the job with the seasonal demands of the legislature, being a mother to two young children, and higher political aspirations.

The call to the governorship, she said, had seemed “farther in the future” until the turmoil that the state’s top elected officials faced in February 2019. In that month news emerged of a racist photo on Gov. Ralph Northam’s medical school yearbook page, Attorney General Mark Herring admitted wearing blackface in the 1980s and two women accused Lt. Gov. Justin Fairfax of sexual assault.

On the GOP side, Sen. Amanda Chase of Chesterfield announced her run for governor Feb. 17. Other potential candidates for the Republican nomination include Pete Snyder, who ran unsuccessfully for the lieutenant governor nomination in 2013, and Sen. Bill Stanley, R-Franklin County.

The political action committee has so far raised $287,000, according to the Virginia Public Access Project, and donated roughly $75,000 to 33 Virginia House and Senate candidates leading up to the state’s pivotal legislative elections in November 2019.

Before Donald Trump was elected president in 2016, McClellan was among Democrats mentioned as a potential replacement for U.S. Sen. Tim Kaine, a close mentor, if he was elected vice president as Hillary Clinton’s running mate. Gov. Terry McAuliffe would have appointed a senator to serve until a special election was held for the seat.

Instead, the Richmond lawmaker pivoted from the Virginia House to the Senate, running in a special election for Rep. Don McEachin’s former state Senate seat and with renewed energy to bring “hope” back to politics and government.

McClellan has brought on political staff to prepare for her run, including two former Kaine campaign staffers: Pete Brodnitz, a longtime pollster, and Jessalyn Reid, a digital strategist.

Jared Leopold, formerly with the Democratic Governors Association and Washington Gov. Jay Inslee’s presidential bid, will be the campaign’s communications adviser. Courtney McCargo will handle the campaign’s finances. McCargo was a fundraiser for Fairfax and resigned from that team — along with McClellan’s husband, political consultant Dave Mills — in the wake of the sexual assault allegations levied against him in February of 2019.

The staff is currently employed by McClellan’s PAC, a model many nascent campaigns tend to follow.

McClellan is among the General Assembly’s most prolific lawmakers, filing more than 50 bills in the 2020 session. She’s tied for second with Sen. John Edwards, D-Roanoke, and behind only Sen. Scott Surovell, D-Fairfax, according to an analysis by the Virginia Public Access Project.

Those included key landmarks for Democrats, like rolling back restrictions on abortions. Republicans first pitched some of the restrictions when she was pregnant with her oldest child, Jack. That year, 2010, she became the first delegate to be pregnant during a legislative session.

She also successfully introduced key legislation to protect and expand low-income housing, to assuage racial inequality in public school discipline and to establish criteria for how the state draws its political maps.

McClellan was also one of two lawmakers behind an energy reform bill that, if signed by Northam, would make Virginia’s electric grid solely reliant on renewable energy by 2045. The bill, which squeaked through the legislature, had the backing of the state’s utilities, the governor’s office, environmental groups and the renewable energy industry.

In talking about the coalition building needed to pass the measure, which fielded heavy criticism from the left for not going far enough, quickly enough, McClellan said she would describe herself as a “practical progressive.”

“I have progressive views. But at the end of the day you have to ask yourself, how far can we go right now?” McClellan said. “Is that better than where we are today? And if it is, let’s go there and keep pushing.” 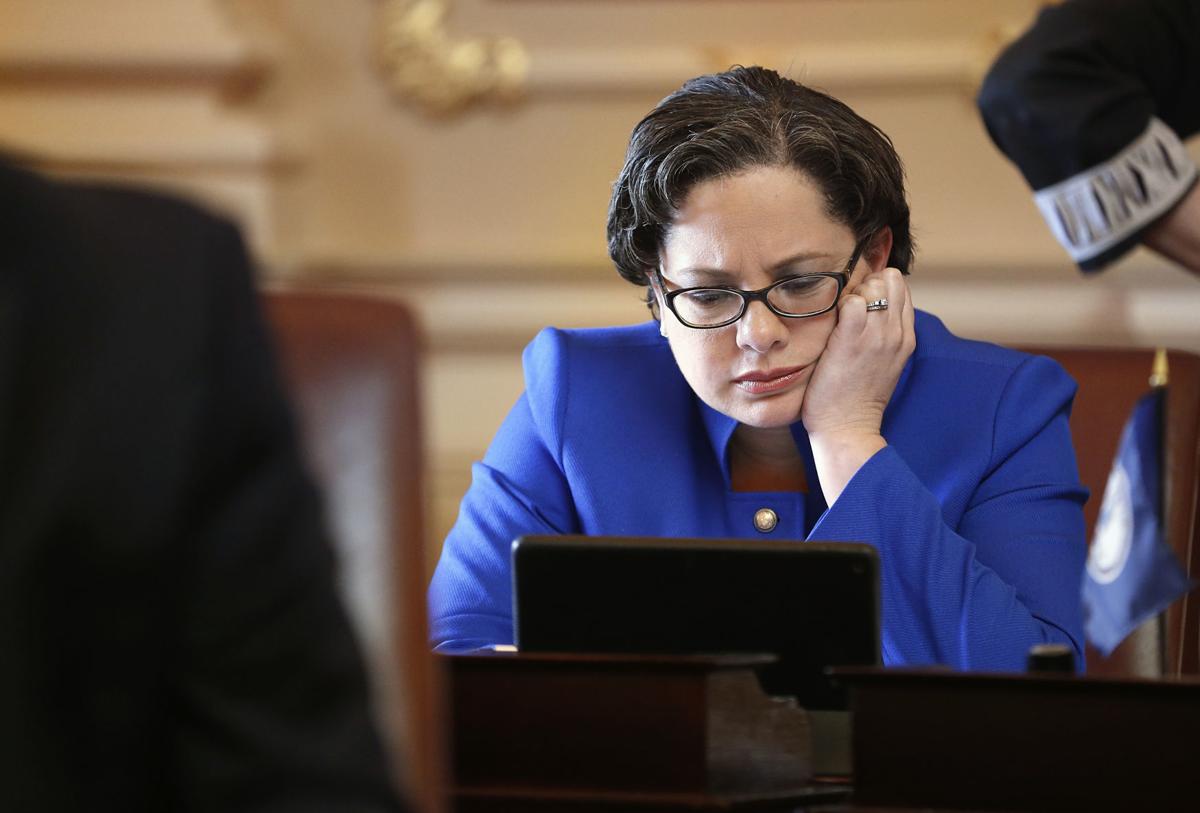 If Sen. Jennifer McClellan, D-Richmond, becomes governor, she would be the state’s first female governor and its second African American chief executive. 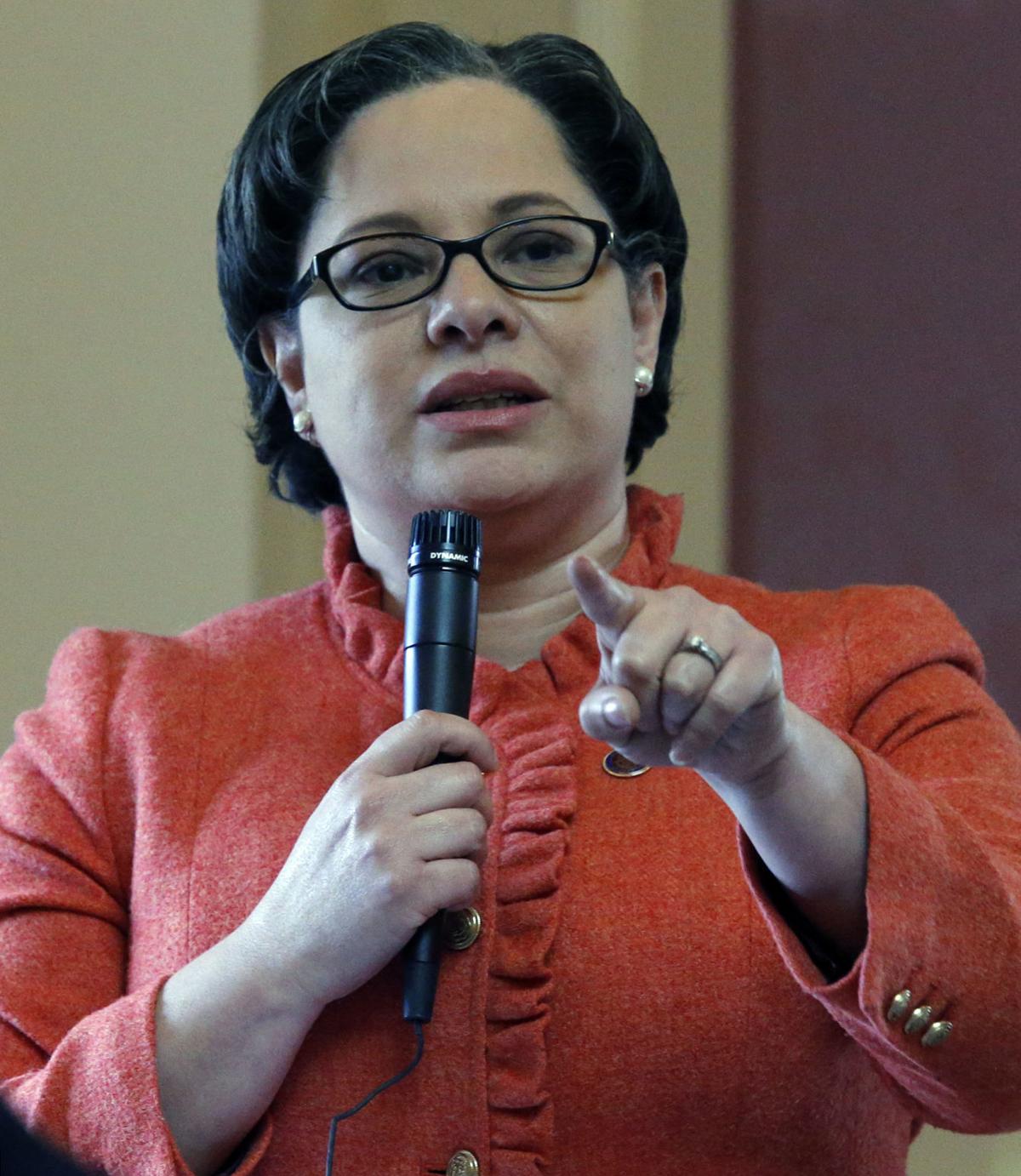