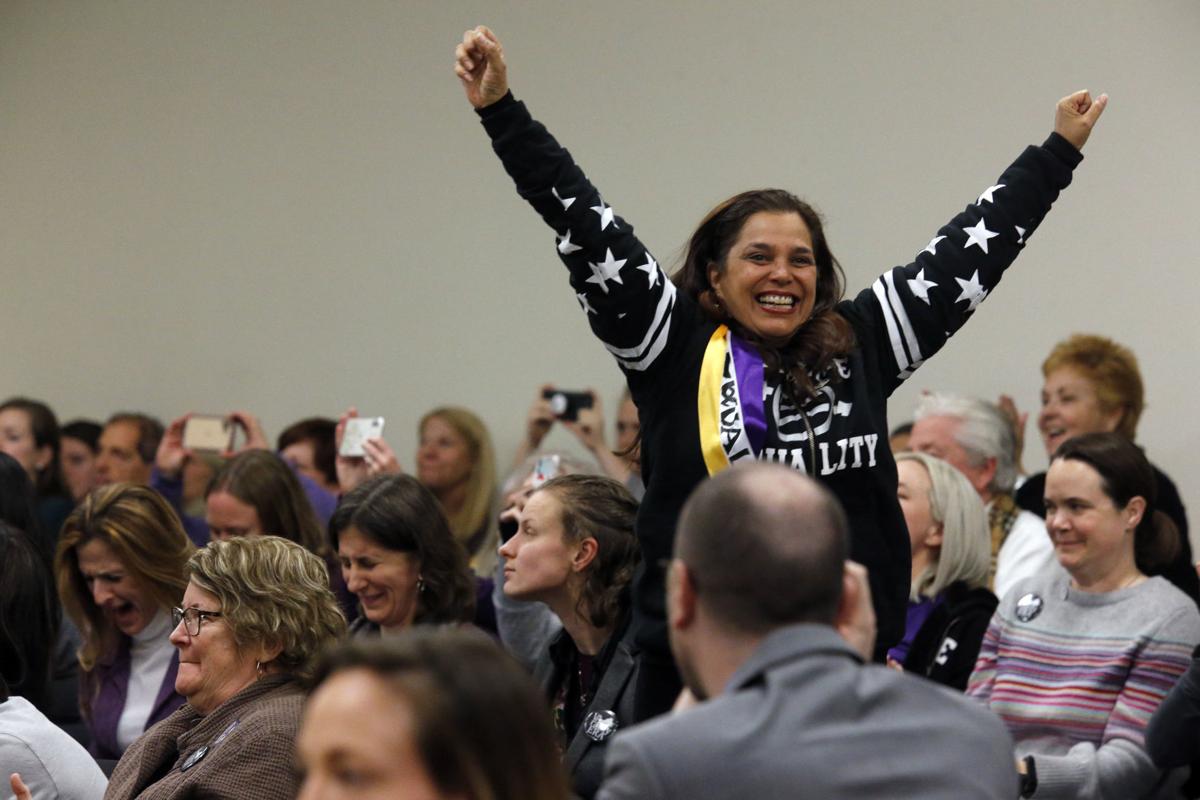 A supporter of the Equal Rights Amendment jumped to her feet Thursday after the Senate Privileges and Elections Committee backed a measure to ratify the ERA. 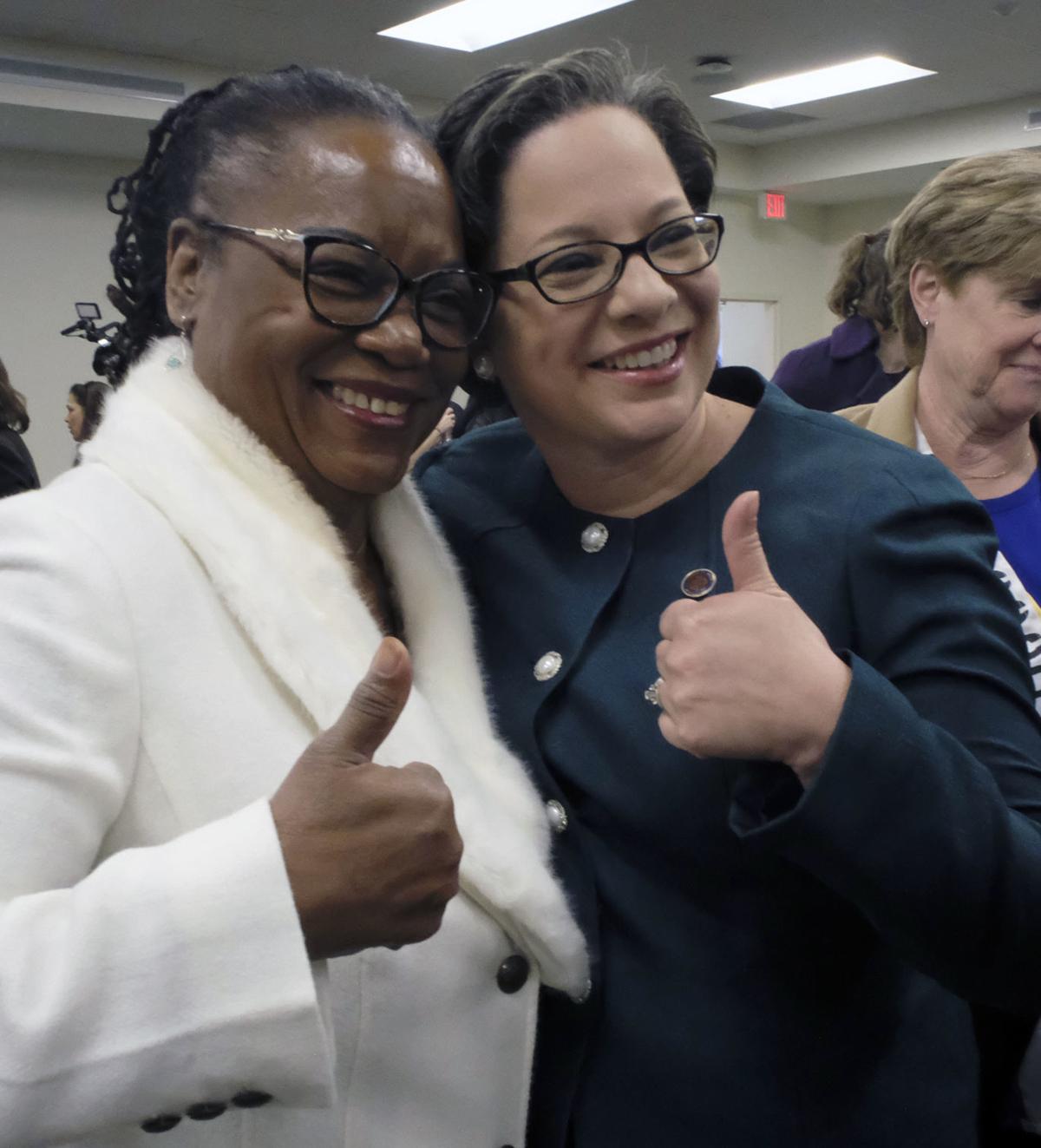 Sens. Mamie Locke (left), D-Hampton, and Jennifer McClellan, D-Richmond, are two of the three co-patrons of the resolution. 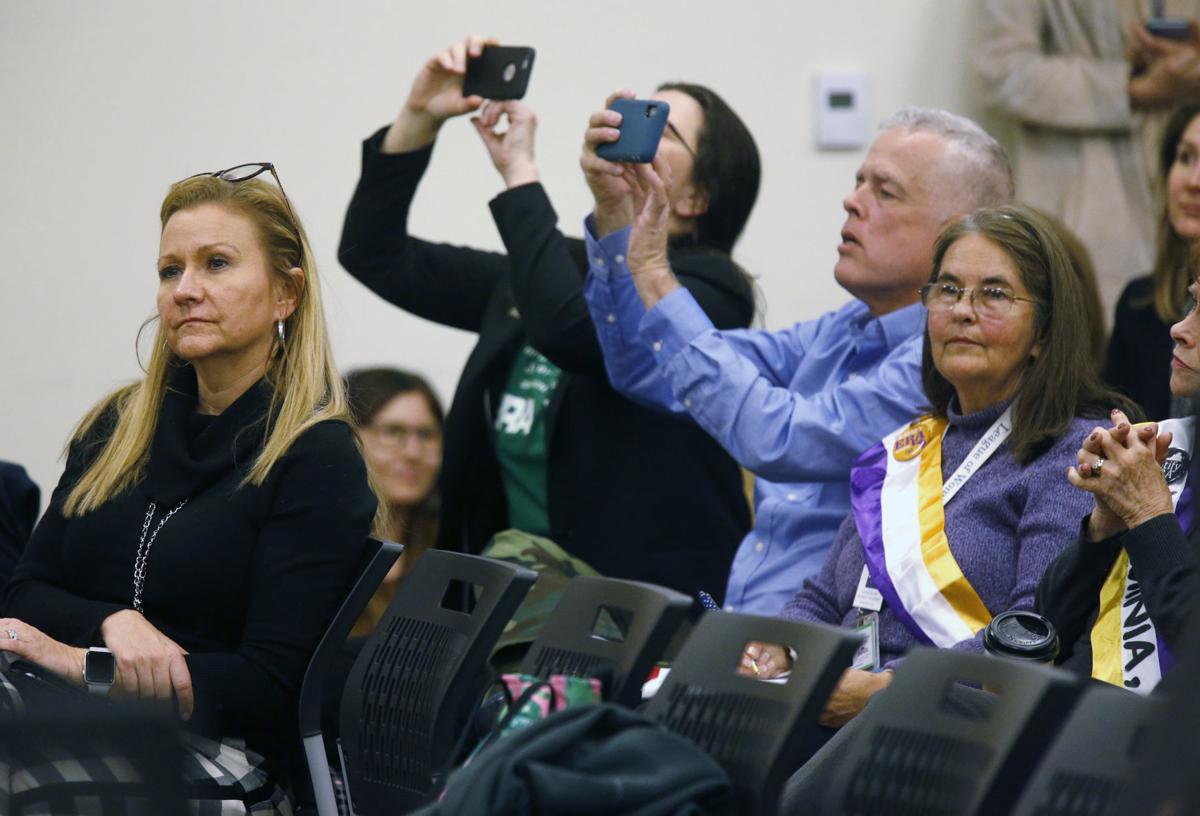 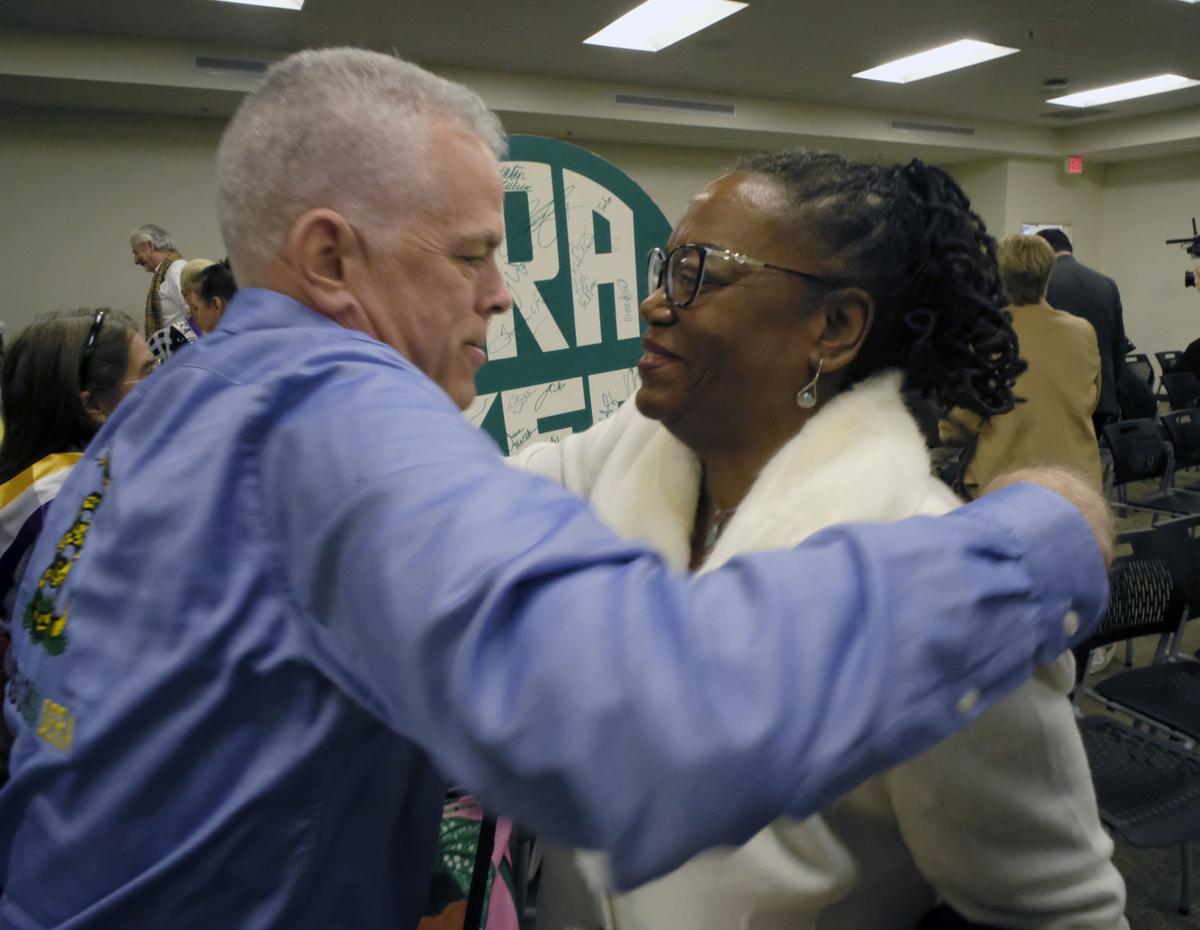 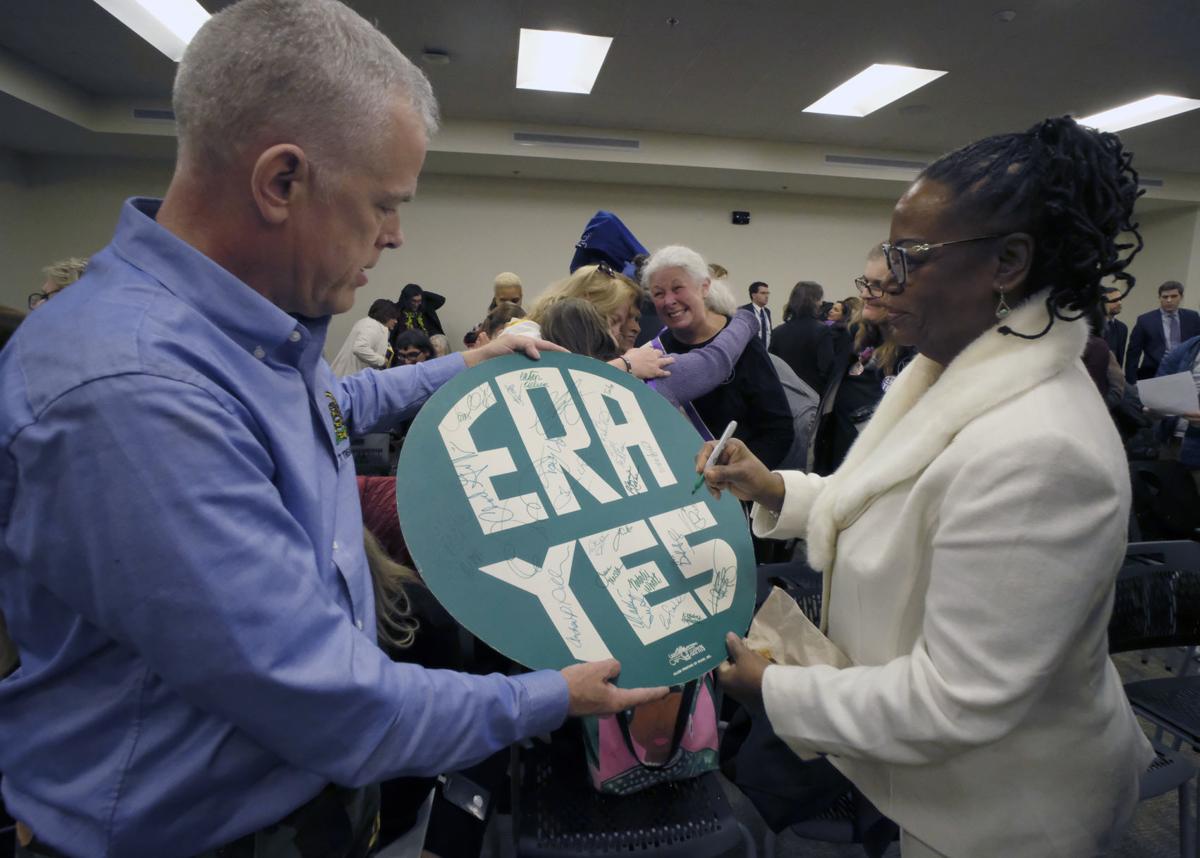 The Senate Privileges and Elections Committee voted 10-5 to approve a resolution to ratify the federal Equal Rights Amendment, a controversial resolution that was a key issue in the most recent wave of elections that led to a Democratic-controlled House of Delegates and Senate. The ERA measure now heads to the full Senate.

“It is our time,” Sen. Jennifer McClellan, D-Richmond, said before the vote, which came a year after the full Senate approved the resolution, before the House of Delegates killed it.

Last year, seven Republicans voted for the ERA in the full Senate. Sen. Jill Holtzman Vogel, R-Fauquier, was the only Republican to vote for it in committee Thursday.

McClellan is co-patroning the resolution to ratify the federal amendment, with Sen. Mamie Locke, D-Hampton, and Sen. Dick Saslaw, D-Fairfax. The amendment states that “equality of rights under the law shall not be denied or abridged by the United States or by any state on account of sex.”

“It’s time the Constitution prohibits gender discrimination with this simple phrase,” said Locke, standing in a committee room filled with proponents, many wearing sashes with supportive messages printed on them. “Voting in support of equality is not a difficult or tricky proposition. It is simply the right thing to do.”

Virginia would be the 38th state to ratify the amendment, meaning it would be added to the U.S. Constitution, supporters say.

“Be on the right side of history,” Halifax County resident Tonja Roberts said to the committee.

Opponents, however, say the deadline for ratification came and went in 1982 and say the ERA could have unintended consequences to women.

“This is not a path forward,” said Victoria Cobb, president of The Family Foundation, a conservative social action group, on Wednesday. “It is a path backward and is actually harmful.”

Said Del. Kathy Byron, R-Bedford: “Women do not need an ERA amendment in order for us to succeed in life.”

Thursday’s committee approval came a day after the federal Justice Department said in a legal opinion that it’s too late for additional states to ratify the ERA. Between 1972, when Congress sent the ERA to states, and the 1982 deadline, 35 states ratified it, three short of what is needed to be part of the U.S. Constitution. (Nevada ratified it in 2017 and Illinois in 2018.)

“Because three-fourths of the state legislatures did not ratify before the deadline that Congress imposed, the Equal Rights Amendment has failed of adoption and is no longer pending before the States,” U.S. Assistant Attorney General Steven Engel wrote in a memo. “Accordingly, even if one or more state legislatures were to ratify the proposed amendment, it would not become part of the Constitution.”

A federal lawsuit filed Tuesday in Massachusetts contends that the 1982 deadline isn’t binding.

A supporter of the Equal Rights Amendment jumped to her feet Thursday after the Senate Privileges and Elections Committee backed a measure to ratify the ERA.

Sens. Mamie Locke (left), D-Hampton, and Jennifer McClellan, D-Richmond, are two of the three co-patrons of the resolution.