Service slated Saturday for Jacquelyn Huffines, owner of Hoofprint Hill Stables
0 comments
Share this
Only $5 for 5 months
1 of 2 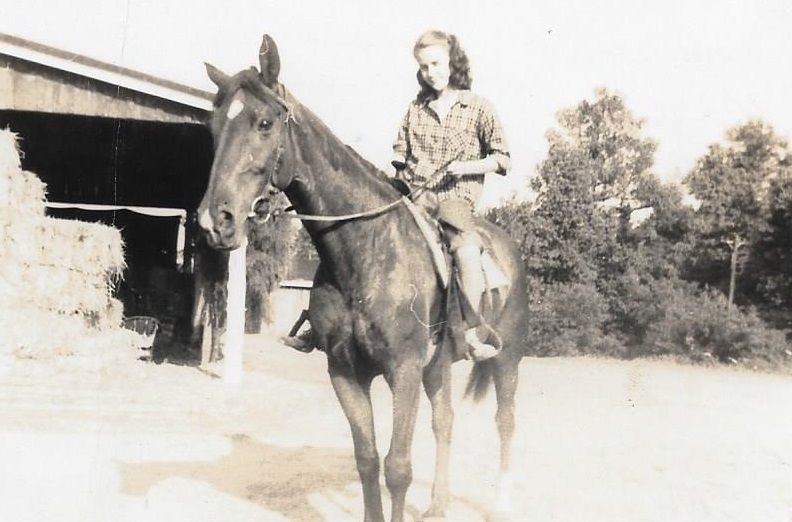 Jackie Huffines, at age 13, on a horse named John Henry. 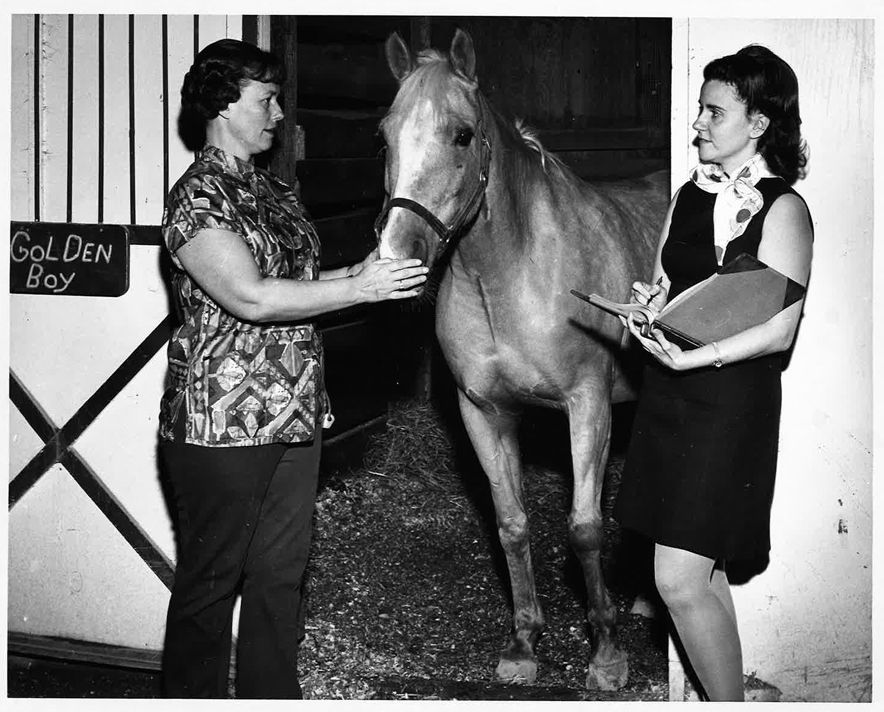 In 1965, Jacquelyn Huffines and her husband, Johnny, began building their dream: an indoor horse arena and a horse facility called Hoofprint Hill Stables in Manakin.

The indoor riding arena “was the size of a football field,” recalled their daughter Marthanne Keener of Glen Allen. “They did a lot of their own labor.”

The large barn could hold about 25 horses. The small barn could accommodate five to 10 more.

They offered riding lessons seven days a week to riders ranging from 5 years old to over 80, along with horse camps and events like birthday celebrations, which included riding.

Donna DiServio Lange, a former riding student there, noted that Hoofprint Hill “at the time was cutting-edge.” The indoor riding arena was believed to have been the “biggest one on the East Coast” at the time.

“It had a great reputation. It was well-respected — that’s what I always heard when I went to other [horse] facilities,” Lange said.

Mrs. Huffines, who originally ran the business end of the enterprise, later became its sole owner and left the horse industry in the 1980s, will be honored at a memorial service at 11 a.m. Saturday. The service will be at Woody Funeral Home’s Parham Chapel, 1771 N. Parham Road. A celebration of life will be held at the University of Richmond.

The Henrico County resident was 85 when she died May 25. She had been in failing health since a fall suffered shortly after she retired from the Lora Robins Gallery at UR when she was close to 80.

Born Jacquelyn Muriel Lynch on July 22, 1933, in Richmond, she was reared on West Franklin Street in the family of a tobacco buyer and his wife. She sometimes accompanied her father on business trips abroad.

Summers spent visiting her great-aunt’s farm in Louisa County and riding her own pony, Beauty, shaped her love for horses. She loved swimming in the South Anna River and feeding the chickens.

It was at a pajama party when she was 14 that she first heard the name of John Henry Huffines Jr., a local football hero who liked to ride.

“They were all excited about this adorable boy, about who was going to win him over and get a first date with him,” her daughter said.

“My mama was like: ‘Who are y’all talking about? I am so tired, so just be quiet and go to sleep, because whoever Johnny is, I am going to marry him.’”

After curiosity sent her to his home and she got on his horse, the two “fell passionately in love,” her daughter said.

She attended Collegiate School, which “nurtured her thoughtfulness, great imagination, resourcefulness and a very strong desire to succeed,” her daughter said.

However, her ongoing liaison with Johnny worried her family, who disapproved of him. They moved her education to England for a time to try to break up the twosome. She was not deterred. She and Johnny later eloped, along with two good friends, who also married.

“She went from being a debutante and living in a house with a butler, a maid and a chauffeur to living in a trailer with no electricity or running water” after her return, her daughter said. “She was disowned by her family for marrying him, but she found her way.”

Later, they would live on Gaskins Road in Henrico, where they began their horse business before moving to Manakin.

Although her husband loved to ride and show horses, he was a railroad worker by day and rode at night. Her ingenuity helped changed that, and he became a horse trainer as well as a show rider. Early on, she showed ponies pulling sulky carts.

“She encouraged him to get into training, showing and doing the lessons,” her daughter said.

Mrs. Huffines was the brain behind the business end of the stable, constantly thinking of ways to keep the business thriving. Horses were born on the farm. She engineered a partnership in fox hunting with the Deep Run Hunt Club. She became accredited to teach equitation as therapy to students of the physical education department at Virginia Commonwealth University.

“We always had at least 30 girls living with us [at any time] during the summer. She fed them, we did their laundry, taught them arts and crafts, did skits and took them on hayrides,” her daughter said.

After Mrs. Huffines and her husband separated and eventually went their own ways, keeping the stable sustainable became even more important.

Mrs. Huffines, who was dyslexic and had figured out how to overcome that, taught remedial reading to some of her riders with similar issues.

“She had a big heart and would see that children who had special needs were taught to ride — she taught them herself. Whatever she could do to make people’s lives better and feel comfortable, that’s what she did,” her daughter said.

A champion of the underdog, she was “astute, insightful and could read people, see their strengths and weaknesses. She gave others a chance.”

She once sat in the back of the local sheriff’s car while he harshly reprimanded her and threatened her because she was allowing a young biracial couple to live in a horse trailer on her property, her daughter said.

“She stood her ground. The sheriff left our property on amicable terms.” The couple stayed on and worked for her.

She hired children who wanted to ride but couldn’t afford to as camp counselors, so they could earn the privilege of being a part of horse camp.

Richard “Rick” Landrum was about 14 when he met Mrs. Huffines and wound up hanging around the Gaskins Road stable so much “that I’d be out there until 7 and eating dinner with them.

“She was really understanding,” Landrum said. “She was like a second mother, except she never yelled at you.”

“If I had questions I couldn’t ask my mother, I asked Jackie,” he said. “She was a very caring person. If I was getting into a relationship going sour, she was very sympathetic and would help me get through it.”

“She was part of my life for a long time. She did a tremendous job with her daughters,” he said, “and those she took in and helped. She truly did it from love and caring.”

Ginger Leonardo of Loveland, Colo., who rode for several years at the stable, was Mrs. Huffines’ first sign-up the first year she ran a riding camp.

“I met Jackie when I was 12 years old. I was a little horse-crazy girl,” Leonardo said.

Their relationship lasted more than 50 years.

“There was always a connection there,” she said. “You always went back to Jackie as much as anything else.”

Mrs. Huffines was preceded in death by her sisters, Linda Harmon and Patricia Clarke.

In addition to her daughter, survivors include two other daughters, Suzanne Edwards of Bowling Green and Tyler Early of Mechanicsville; and 10 grandchildren and five great-grandchildren.

0 comments
To plant a tree in memory of Jacquelyn Huffines as a living tribute, please visit Tribute Store.

Schapiro: A chance for Virginia to repeat history

A century later, another all-Black ticket?

Jackie Huffines, at age 13, on a horse named John Henry. 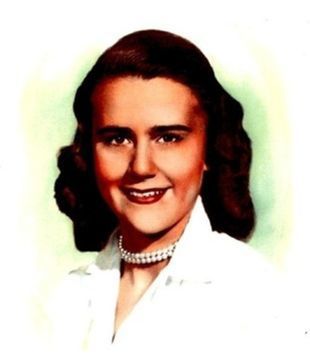 To plant a tree in memory of Jacquelyn Huffines as a living tribute, please visit Tribute Store.
© Copyright 2020 Richmond Times-Dispatch, 300 E. Franklin St. Richmond, VA | Terms of Use | Privacy Policy
Powered by BLOX Content Management System from TownNews.com.
You don't have any notifications.