Williams: Hanover County values its Confederate heritage. It needs to protect the historic black community of Brown Grove from Wegmans encroachment.
0 comments
Share this
1 of 5 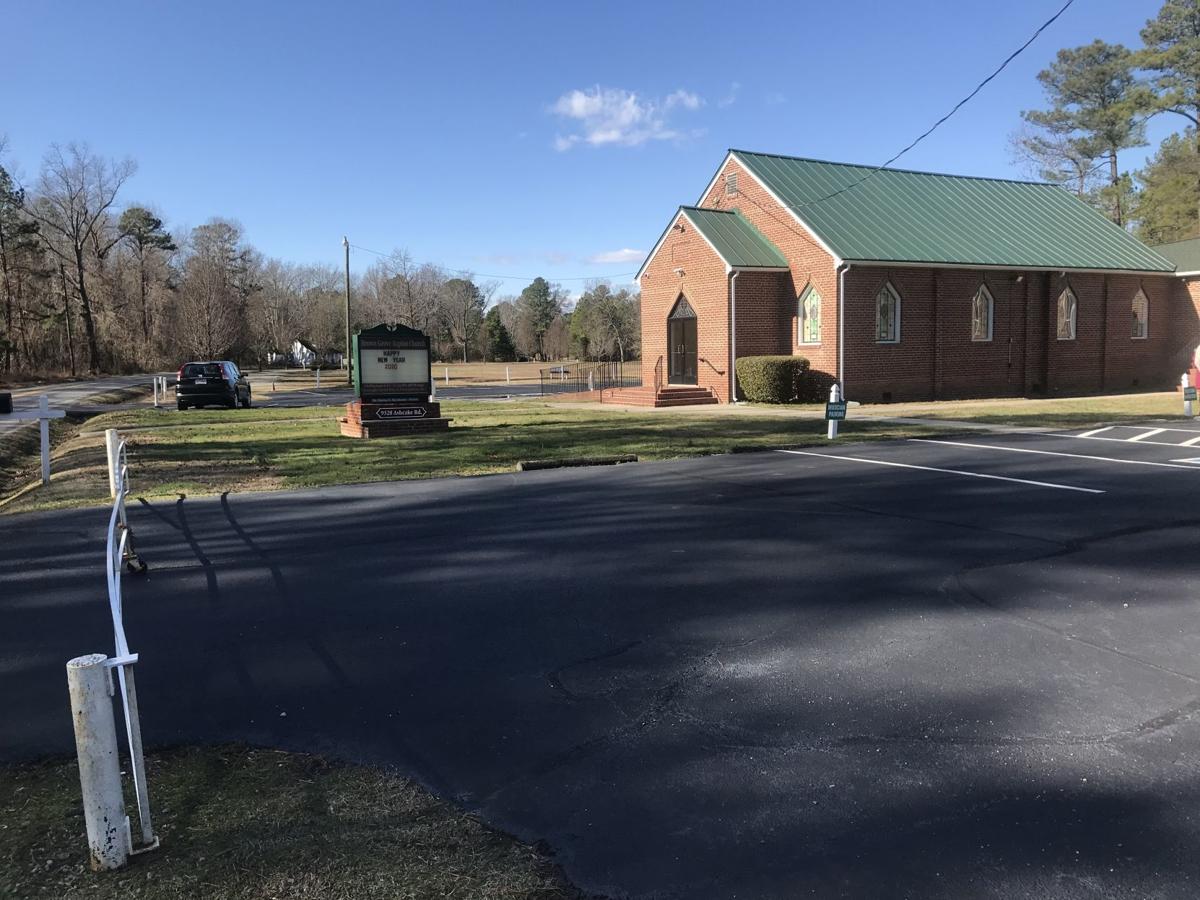 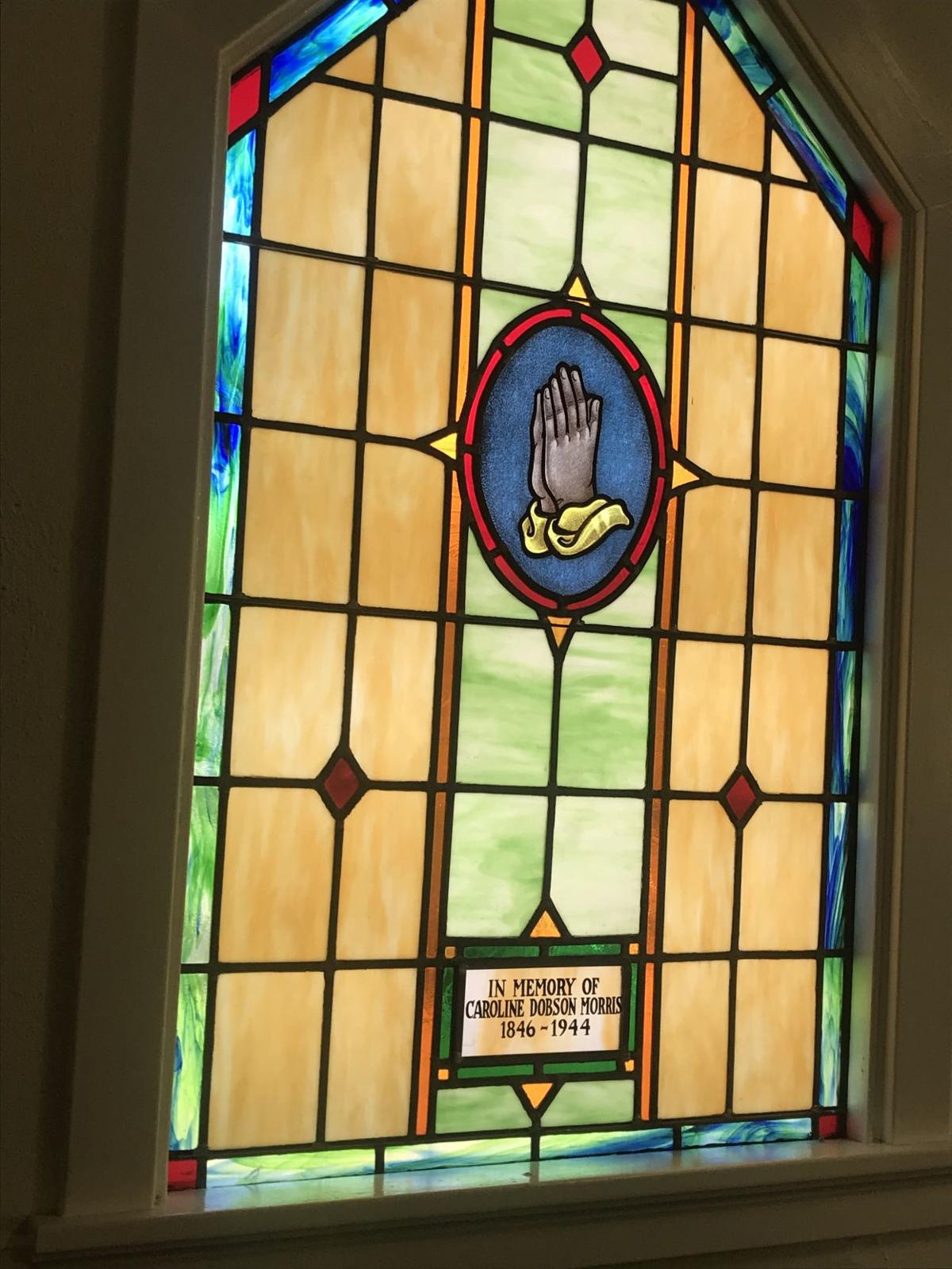 Community matriarch Caroline Dobson Morris is honored with a stained glass memorial inside the sanctuary of Brown Grove Baptist Church. 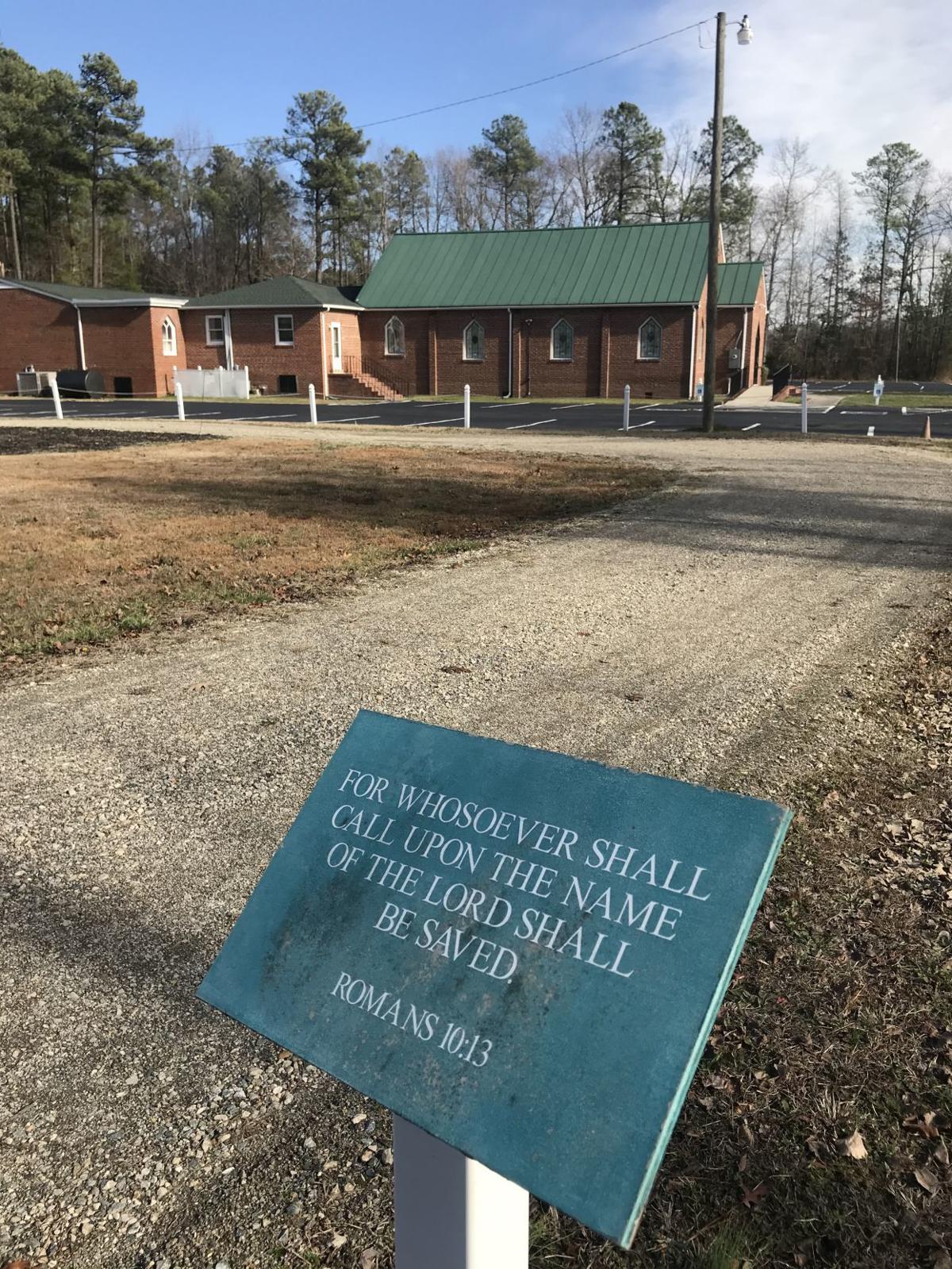 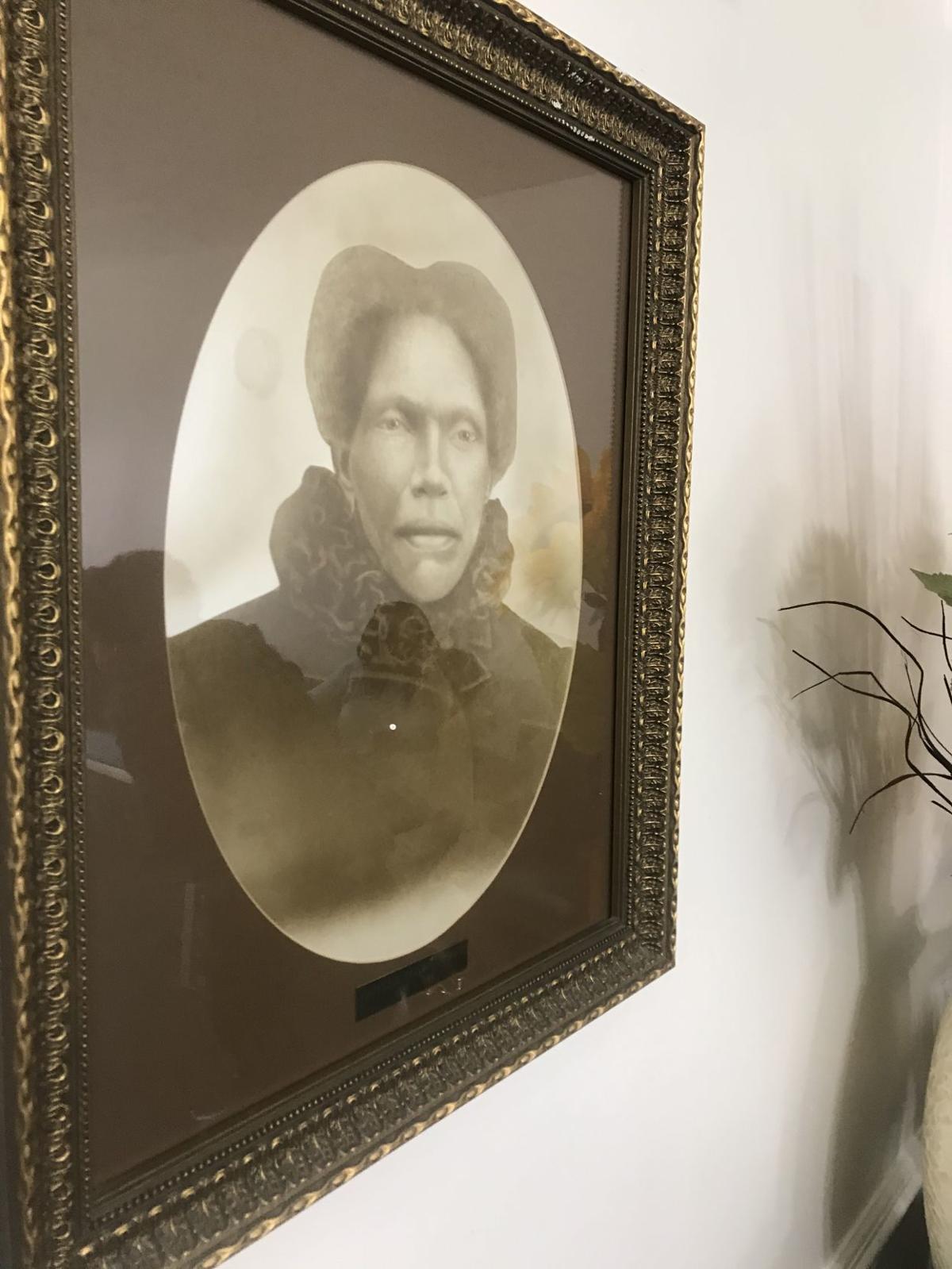 The majority of Brown Grove residents are descended from Caroline Dobson Morris. 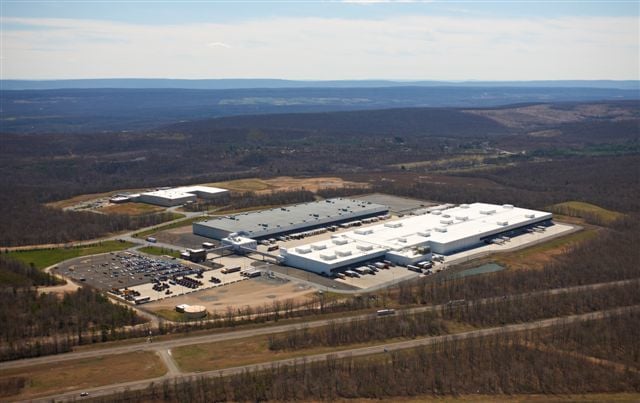 Wegmans opened the first phase of a warehouse complex in Pottsville, Pa., off Interstate 81, in 2004. The final phase was completed in 2012. That complex has nearly 1 million square feet of space.

For the historic black community of Brown Grove, the announcement of a Wegmans warehouse was the fulfillment of a dreaded prophesy from 25 years ago.

In March 1995, the Hanover Planning Commission rezoned a 217-acre parcel near the Hanover Airport to light industrial over neighbors’ objections. The panel placed restrictions on future uses in an effort to assuage concerns.

But where officials saw compromise, the people of Brown Grove saw a threat to their neighborhood.

From that moment on, the time bomb of industrial development on the outskirts of the town of Ashland began to tick, even as rows of new homes went up along the corridors of Sliding Hill and New Ashcake roads.

Then, boom: the announcement that county and state officials had lured Wegmans.

Brown Grove Baptist, which is preparing to celebrate its 150th anniversary, is feeling the fallout. On a recent Sunday, about 100 congregants sat in three rows of about a dozen pews. The spirited worship was driven by the rhythms of a bass guitarist and a drummer seated at a large kit near the front of the church. Directly behind the musicians was a stained glass memorial dedicated to Brown Grove matriarch Caroline Dobson Morris, who was born into slavery in 1846. Many Brown Grove residents are descended from her.

A recurring theme of Dr. Darius Beechaum’s foot-stomping sermon was, “Stop putting a limit on what God can do.”

Congregants, already besieged by traffic, would love to limit what Wegmans can do. They say motorists rounding the Ashcake Road bend often crash into their churchyard or hit a gate installed to prevent large trucks from doing U-turns in their parking lot. Plans for future development at the Wegmans site show an exit facing the front door of the church.

“How would we deal with trucks coming out during services?” said Artrianna Morris, a Mechanicsville resident whose husband Michael — the great-great-grandson of Caroline Dobson Morris — was raised in Brown Grove, and whose daughter now lives there. “It would be a nightmare.”

The Wegmans announcement has had the unfortunate effect of pitting Brown Grove against affected residents in newer, more affluent subdivisions, some of whom want Wegmans’ voluminous truck traffic to be routed away from Sliding Hill Road toward Lewistown and Ashcake roads.

“The roadway certainly can’t accommodate it and that would definitely not be the right thing to do,” Morris said. “I’ve asked them to recognize we all need to win in this situation.”

She recognizes that the homes in Brown Grove, for the most part, don’t command the prices of those in the subdivisions. But, “this has been the home of folks in Brown Grove for centuries. Does that not have any value?”

Brown Grove finds itself in a similar battle as Buckingham County’s Union Hill, another black community that emerged during Reconstruction. Union Hill, for now, appears to be winning its fight against Dominion Energy to keep a natural gas compressor station out of its community.

The prospects for Brown Grove are not as promising. The zoning gives Wegmans the right to develop the site. Conditions on the development include buffers of trees and shrubs between the site and Brown Grove and protection of cemeteries on the property.

“Right now we’re just trying to see what we can limit,” said Chuck Jackson, among the Brown Grove Civic Association members who fought the rezoning.

“It’d be good if we could reverse it and they decide to construct their facility somewhere else,” Jackson said. “For the life of me, I don’t know why they selected that particular location, being it’s in the middle of numerous communities. And the road system isn’t up to par to handle that additional traffic.”

Residents of Brown Grove’s Egypt Road, a winding lane of around a dozen homes off Ashcake Road, have worries beyond traffic. The Wegmans tract abuts their properties.

“It’s almost in my back yard,” said Egypt Road resident Carolyn Blake, whose family has dozens of grave sites across the road.

“When they do put that place back there, it’s going to carry the value of our homes down ... I just hope they go away,” Blake said. “I don’t have nowhere else to go. And this is my home. This was my parents’ home ... generations on generations lived on this land.”

Meanwhile, Hanover County Public Schools is engaged in a fierce legal battle with the NAACP over the district’s unwillingness to shed Confederate names from two county schools.

A county willing to go to court to preserve its Confederate heritage needs to go to bat to protect this slice of African American history.

Community matriarch Caroline Dobson Morris is honored with a stained glass memorial inside the sanctuary of Brown Grove Baptist Church.

The majority of Brown Grove residents are descended from Caroline Dobson Morris.

Wegmans opened the first phase of a warehouse complex in Pottsville, Pa., off Interstate 81, in 2004. The final phase was completed in 2012. That complex has nearly 1 million square feet of space.