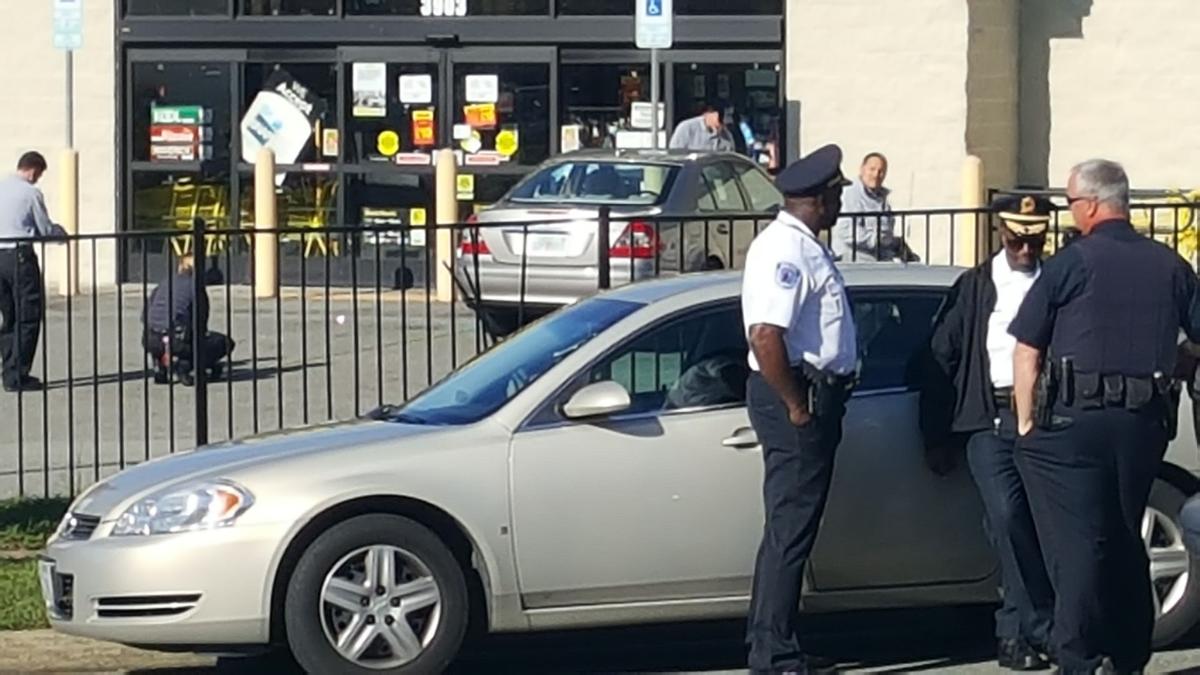 A man was found dead of apparent gunshot wounds behind the wheel of a Mercedes-Benz parked outside a Dollar General store Friday morning in South Richmond. 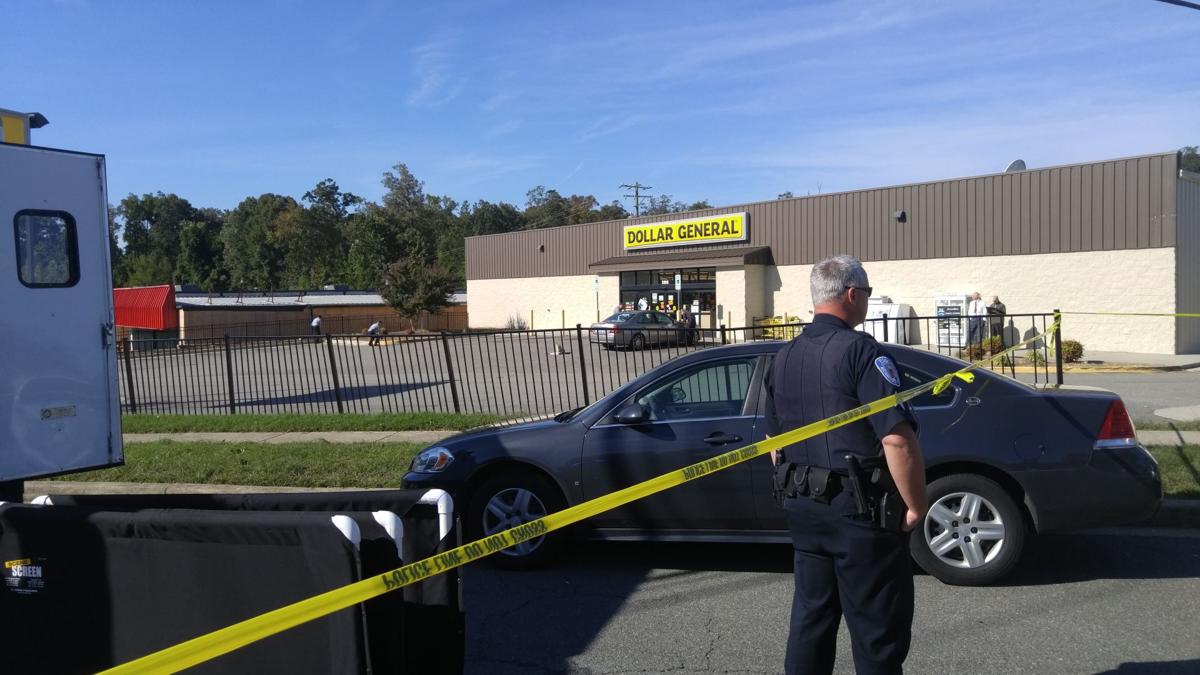 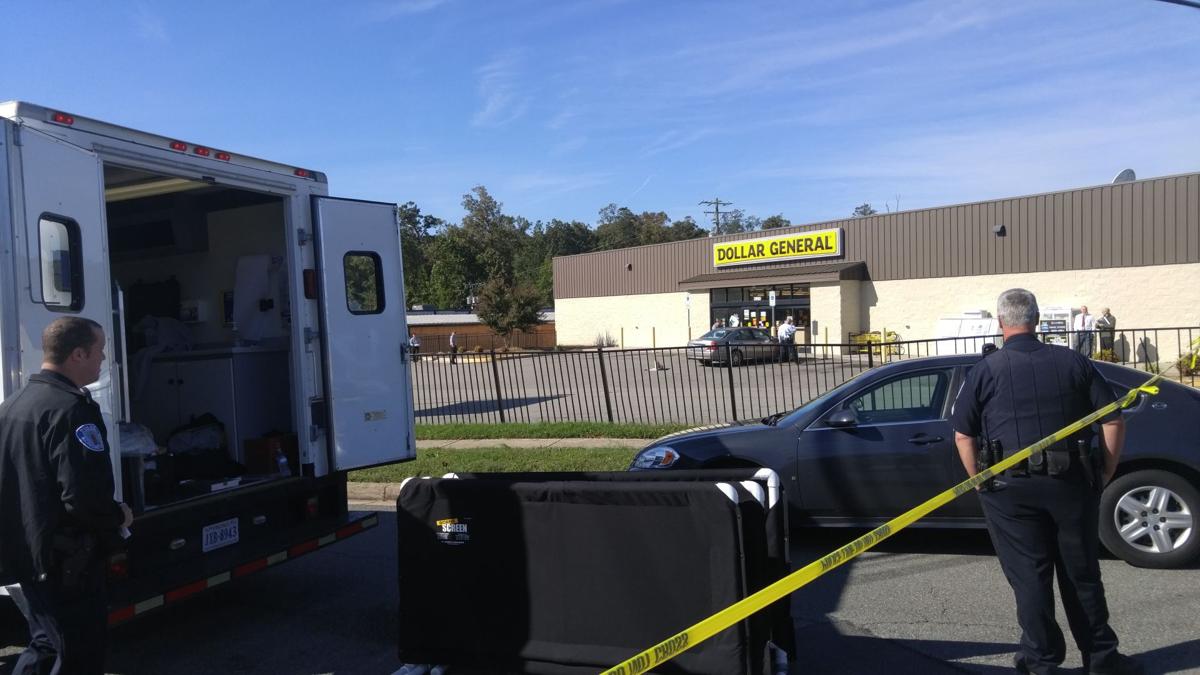 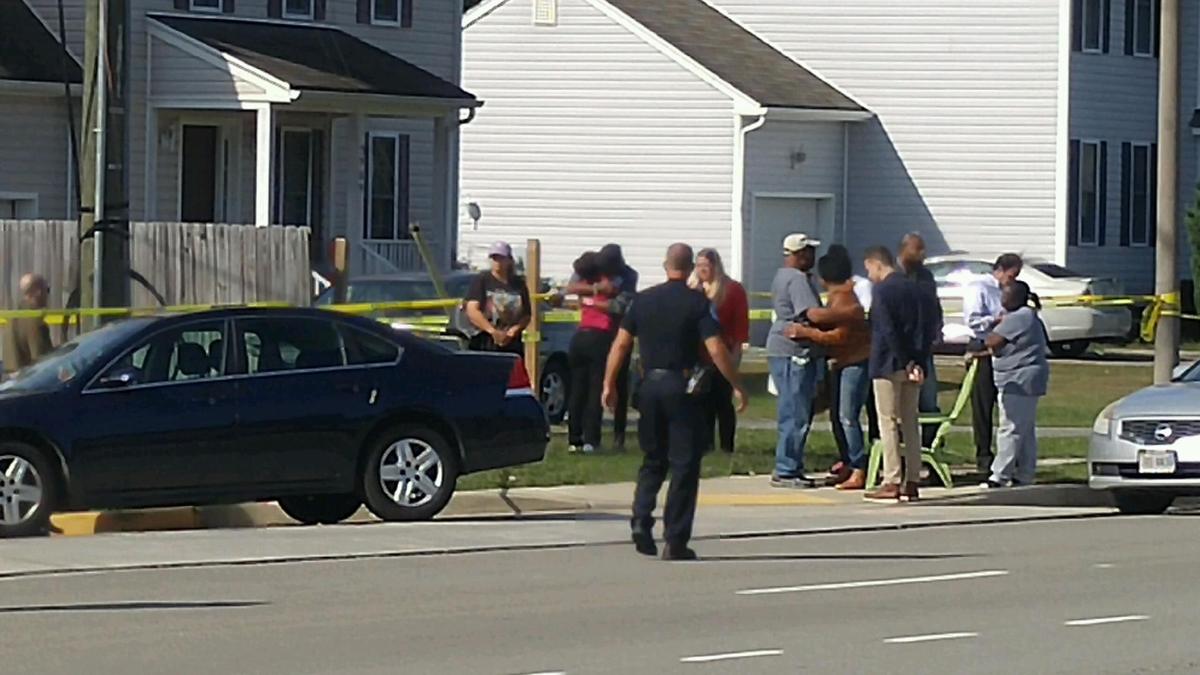 UPDATE: Richmond Police have identified the man found Friday morning shot to death in a car outside Dollar General in South Richmond as Ronald A. Holder, 48, of Henrico.

Police continue to investigate the city's 50th homicide of the year.

The discovery of a dead man slumped behind the wheel of a car outside a dollar store in South Richmond Friday morning brought to 50 the number of killings reported by the Richmond police so far this year.

It was the third slaying this week — and nine more homicides than the 41 recorded by city police for all of 2015.

Deputy Chief Eric English, acting chief while Chief Alfred Durham is traveling, said the rising homicide numbers are worrisome. The city is on pace to have its deadliest year since 2007, when 55 homicides were reported.

“There’s no question that we’re at a rise,” English said at the scene of Friday’s homicide. “There’s a great deal of concern about the amount of violent crime in our city. There are too many guns out there.”

A summer initiative recovered 187 illegal firearms over a three-month period. But English said there are still more guns pouring into Richmond every day and finding their way into the wrong hands.

The total number of lives lost to violence this year is actually greater than 50. There have been three deaths that police haven’t classified as homicides, because they are still under investigation or have been deemed as self defense, according to the Richmond Times-Dispatch’s database, which tracks every homicide in the region since 2007.

Akeem Williams’ death — he was fatally shot Feb. 9 — has been ruled a “justifiable homicide.” The deaths of James Grant III, who died June 24 from multiple gunshot wounds, and Eugene Edmond Jr., who died Jan. 3 from gunshot wounds, are still being investigated.

With the increase in gun violence, English said, each of the department’s 12 patrol sectors are targeting specific high-crime areas.

“But this area right here is not one that would have been targeted,” English said of the South Side neighborhood where the man was killed Friday.

Before 8 a.m., a passerby noticed a man slumped in the front seat of a Mercedes-Benz parked in front of the Dollar General store in the 3900 block of Walmsley Boulevard and went to check on him, according to police spokesman Gene Lepley. The man had apparent gunshot wounds.

Officers were summoned to the scene at 8:05 a.m. and arrived about three minutes later, Lepley said.

The man was pronounced dead at 8:15 a.m. Investigators are treating the case as a homicide.

Officials have not yet released the identity of the man. Several neighbors and a former Dollar General employee said the car belonged to the store’s manager, who they described as a kind man who kept to himself.

Police believe multiple shots were fired because the car was struck multiple times and several of its windows were shattered, but it was not immediately clear how many times the man was struck. The car, a Mercedes-Benz sedan with a rear Florida plate, was parked in a handicapped space directly in front of the store’s entrance.

Lepley said the shooting occurred sometime Friday morning and that detectives were canvassing the area in search of more information. Neighbors reported hearing gunshots around 6:30 a.m. The store, which typically doesn’t open until 8 a.m., never opened for business Friday, although lights were on inside.

Investigators hope to obtain surveillance images that could shed light on how the killing unfolded, Lepley said.

Friday’s killing occurred two days after a man was shot to death on a sidewalk in the Fulton neighborhood Wednesday night. The man, Marc E. Johnson, 48, was found about 11 p.m. in the 5300 block of Blue Ridge Avenue after gunfire was reported in the area.

On Sunday, a 57-year-old woman was fatally struck by what authorities believe was random gunfire in the Gilpin Court public housing community. The victim, Carmella D. Winston of Henrico County, was struck by a bullet that shattered the windshield of a car she was riding in with her mother and three children.

In the frenzy of the moment, Winston’s 8-year-old nephew stayed calm. He shielded his 6-year-old sister and 4-year-old cousin from the falling glass while coaching his hysterical grandmother, who was driving the car, to pull around the corner to safety.

“We need as many eyes and ears as we can get out there,” English said.

Speaking about the Gilpin Court shooting specifically, English said Winston was shot in broad daylight. “We’re sure that people were out,” he said. “Those are the ones we need to come forward.”

In many cases, neither the victim nor the suspect lived near where they were killed. But oftentimes, English said, they hung out there.

Twenty of the 50 homicides have been cleared, according to police. In nearly every case, a person charged lived more than 3 miles from the crime scene.

“These aren’t just random people,” English said. “The people in the neighborhood know them. They know who is who, and who is up to no good.”

A man was found dead of apparent gunshot wounds behind the wheel of a Mercedes-Benz parked outside a Dollar General store Friday morning in South Richmond.