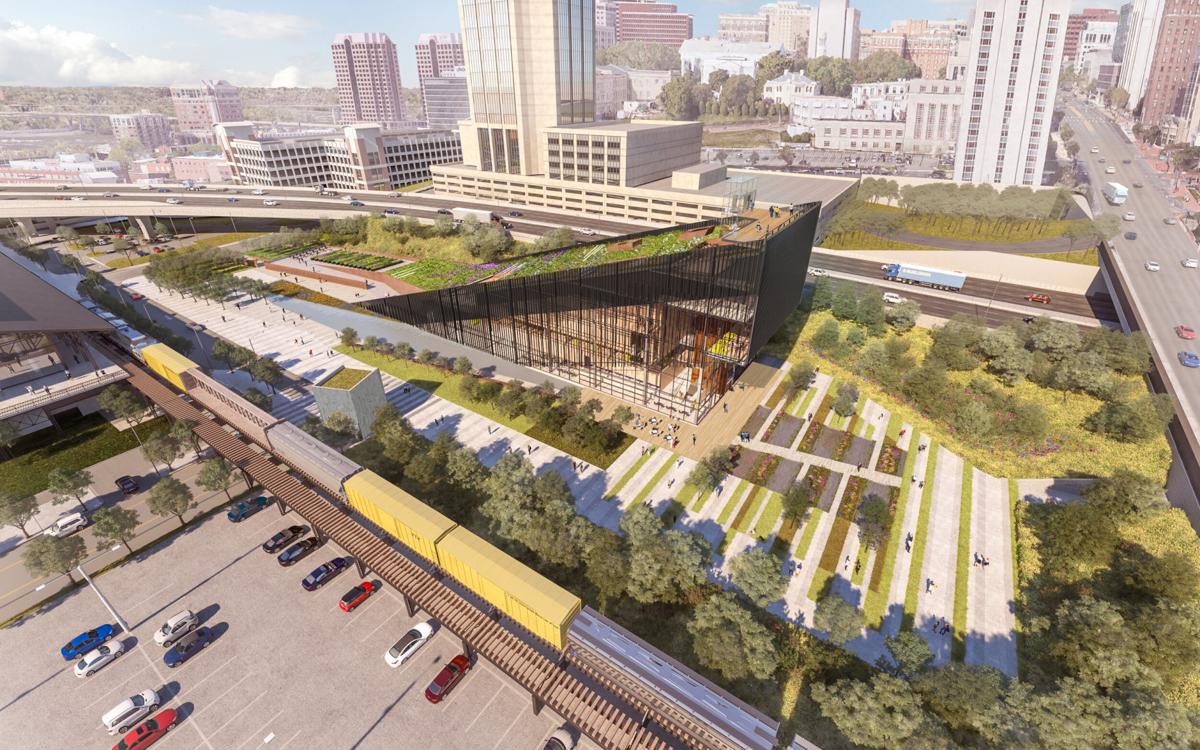 A rendering shows the proposed National Slavery Museum, as it is called in city legislation, at Lumpkin’s Jail in Shockoe Bottom. 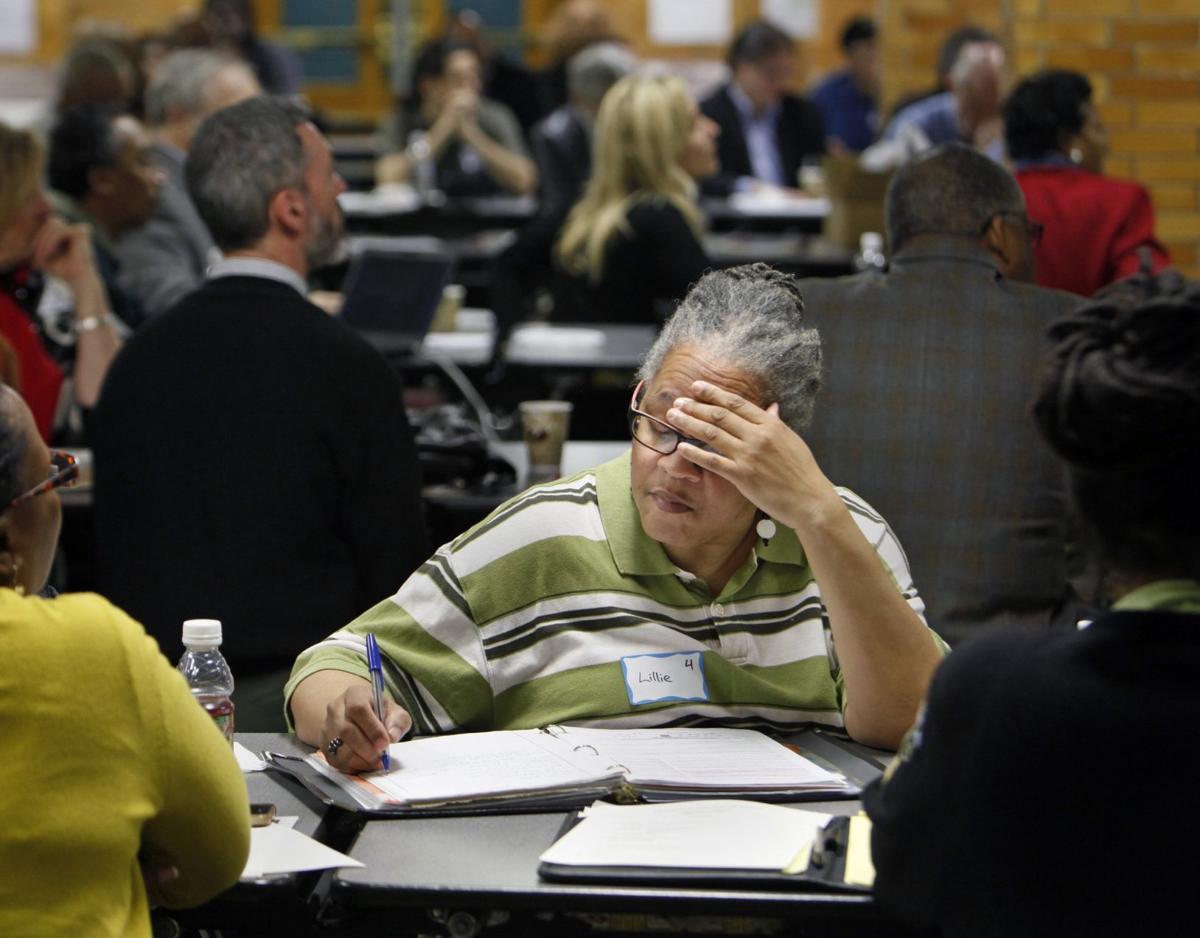 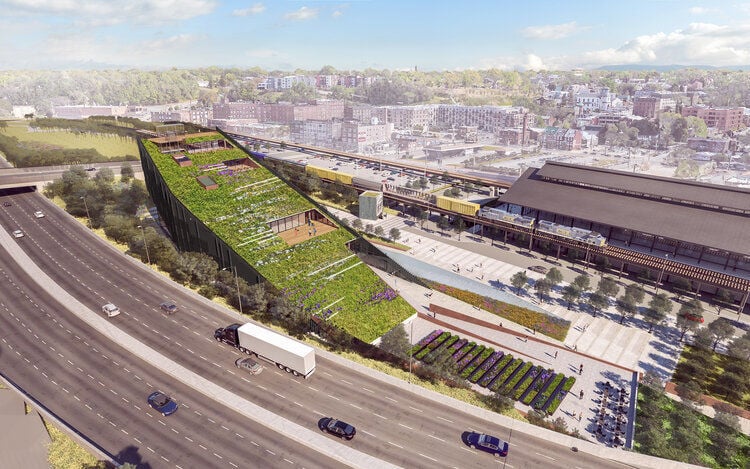 A view due east of the proposed national slavery museum at the Lumpkin’s Slave Jail site/Devil’s Half Acre.

The Richmond City Council has allocated $1.3 million for work to begin on a national slavery museum and historical campus in Shockoe Bottom.

The council approved the funding Monday evening after a public hearing where all 11 speakers supported the creation of the museum, even those who said they want more transparency and commitments that Black descendants of enslaved people will have the chance to reap financial benefits from its construction and development through jobs, internships and marketing opportunities.

The National Slavery Museum, as it is called in city legislation, would be located at Lumpkin’s Jail in Shockoe Bottom, which was the center of a slave trading market that was larger than any but New Orleans for decades before the Civil War and the abolition of slavery.

Project supporters and city officials say a 9-acre heritage campus is also part of the plan.

“It is important to tell that terrifying truth, that whole story, but then to also materially benefit those people whose stories you are telling,” said Joseph Rogers, a community activist and manager of partnerships and community engagement for the Virginia Museum of History & Culture.

“If we do nothing but tell that story, and then let people continue to simply go about their lives ... we do nothing, we gain nothing, and we continue to slide downwards,” said Rogers, noting that the city’s Black population has declined by 20,000 while the rest of the city grows. “The descendant community must benefit from this because, if not, we will not be a part of the city any longer.”

The funding approved Monday awards $300,000 for a museum foundation made up of members from the defunct Richmond Slave Trail Commission to hire professional staff to work on the project. The remaining $1 million is earmarked for design services for the campus and a planned community engagement process.

Sylvester Turner, pastor of Pilgrim Baptist Church and a former member of the Slave Trail Commission, said during Monday’s public hearing that the museum would honor the approximately 300,000 people that historians estimate were sold in Virginia in the mid-19th century.

“The monies that you are offering ... will open up the opportunity for us to do it in a way that is not only effective, but a way that will honor our ancestors who gave so much, not only to the city, but the state and to this country,” Turner said. “We have to honor them.”

Members of the council also spoke in favor of the project, including 9th District Councilman Michael Jones, who said he believes it is of particular importance after the city removed its Confederate monuments last year.

“The response can’t be to build back up Monument Avenue,” Jones said. “It must be to build back the antithesis of what was torn down. And the best thing to do is to become serious as a council and administration to tell the true story ... of what’s in place in Virginia.”

“Richmond is not where it is today without the labor of enslaved Africans,” he added.” Something is owed.”

In other business on Monday, the City Council voted to accept the state-owned property where the Confederate Gen. Robert E. Lee monument had been located at the intersection of Monument and Allen avenues.

The council also passed legislation to formalize the removal of two other monuments, a statue of Gen. Williams Carter Wickham that was in Monroe Park and the First Virginia Regiment monument that was in Meadow Park.

Protesters toppled both monuments in June 2020, a month before the city took down its Confederate monuments in the wake of nationwide protests following the police killing of George Floyd in Minneapolis.

State and city officials recently announced that all of the monuments, including the Lee monuments and its graffiti-covered pedestal, will be transferred to the Black History Museum & Cultural Center of Virginia, which will partner with the Valentine museum, other local institutions and the public to determine the final disposition of the monuments.

The area around the Lee monument became a central hub for demonstrations and community gatherings during the 2020 protest movement following the killing of Floyd. The City Council is scheduled to vote on Wednesday to formally accept the Lee statue from the state.

Lincoln Saunders, the city’s chief administrative officer, said Monday that officials are still forming plans to work with the public to decide what should be done with the circle. He said fencing that was installed last year will remain until grass begins to grow over the monument foundation.

A rendering shows the proposed National Slavery Museum, as it is called in city legislation, at Lumpkin’s Jail in Shockoe Bottom.

A view due east of the proposed national slavery museum at the Lumpkin’s Slave Jail site/Devil’s Half Acre.