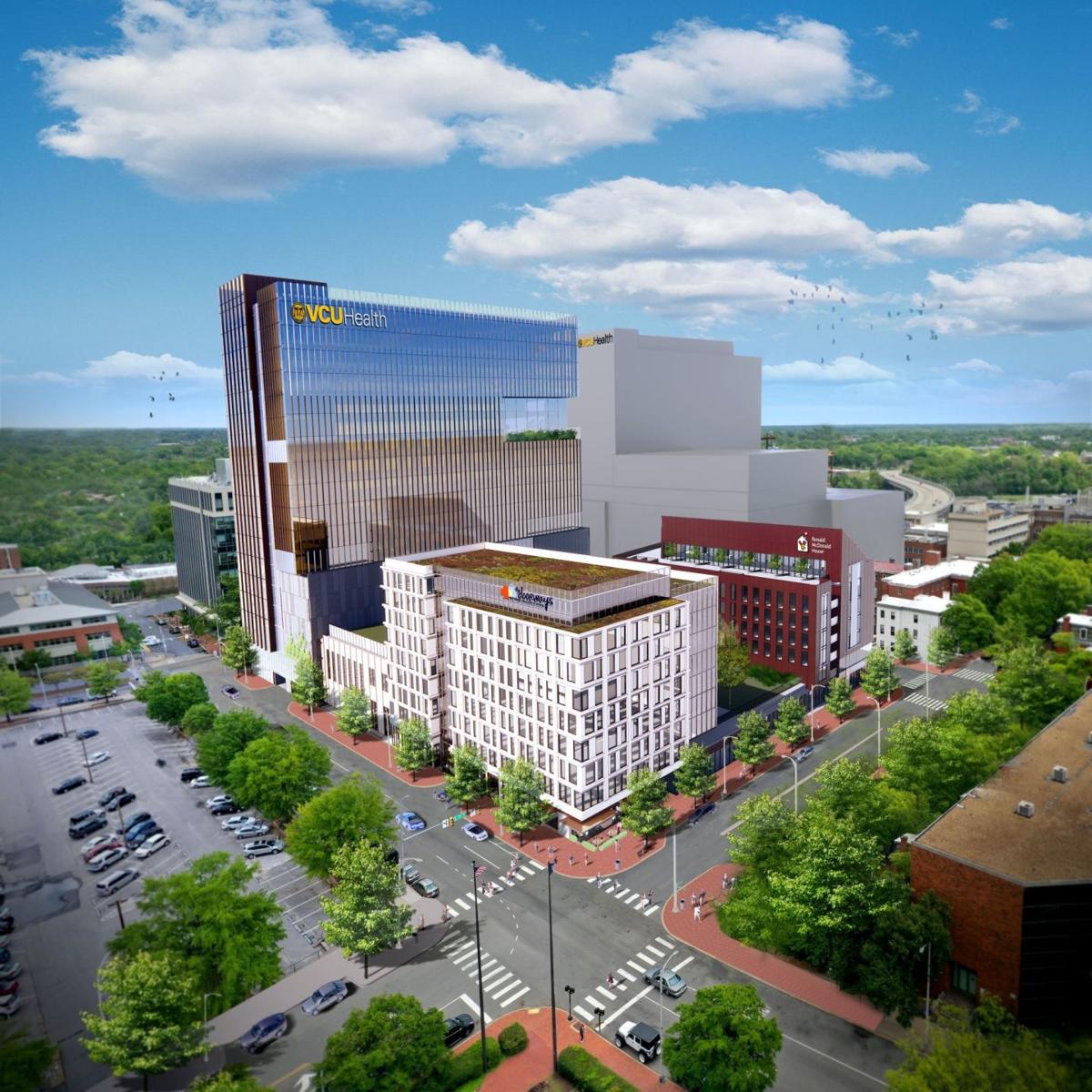 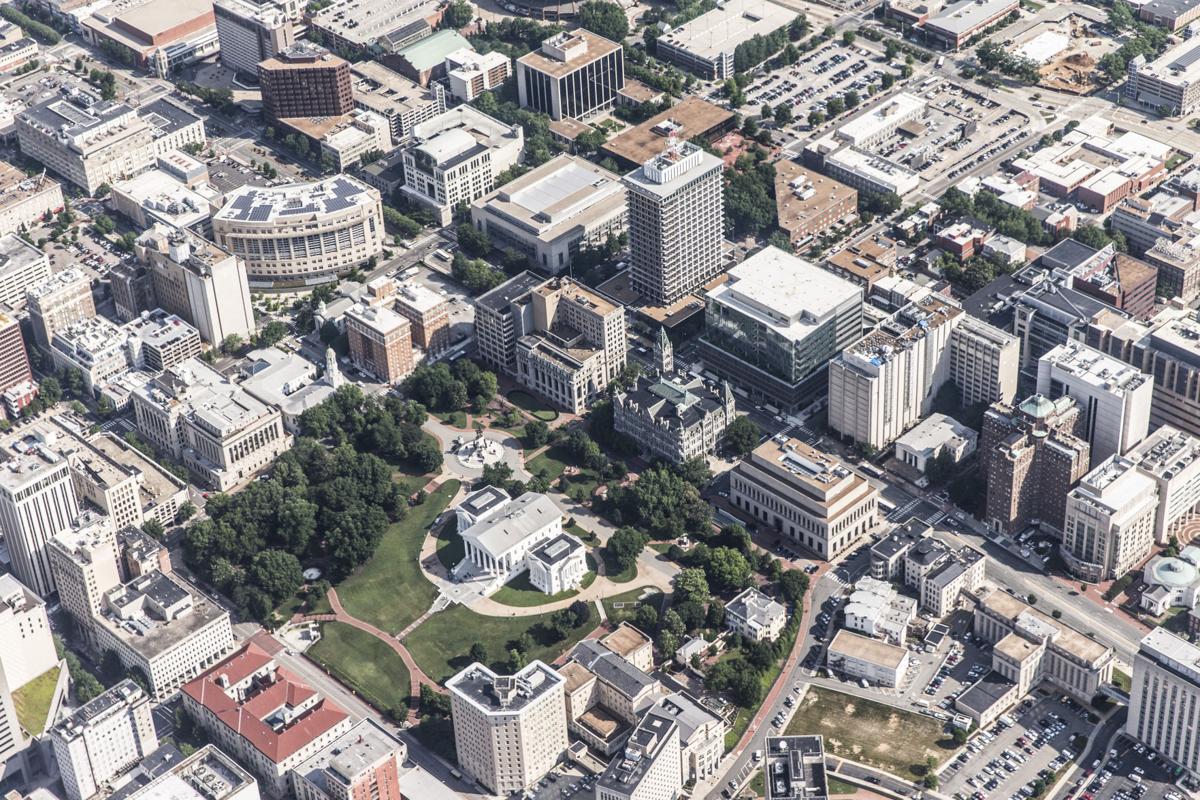 An aerial photo of the Richmond area shows the city’s downtown including Virginia State Capitol and Richmond City Hall, which includes the nearby Public Safety Building under consideration for redevelopment. 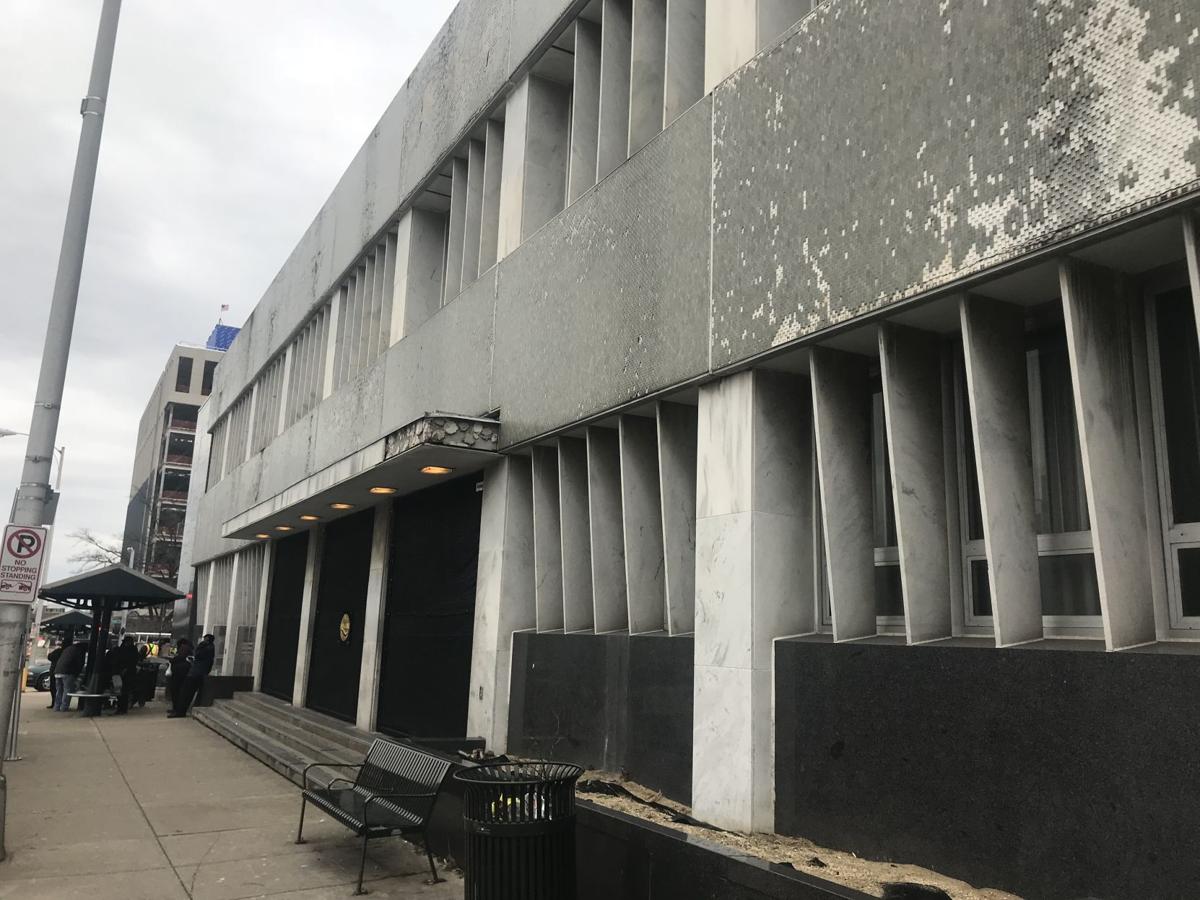 The Richmond City Council on Monday unanimously approved the sale of a city property that will be demolished to make way for a $325 million redevelopment project downtown.

Under the deal, the city will sell the Public Safety Building at 510 N. 10th St. for $3.5 million to Capital City Partners LLC, a development team that was involved in the downtown Navy Hill redevelopment project the Council rejected last year.

In a public hearing before the vote Monday, officials from Virginia Commonwealth University, the Children’s Hospital of Richmond and two nonprofits associated with the project said it would help support hospital patients and their families.

The redevelopment project will include:

City officials said the Public Safety Building is in poor condition, generates no tax revenue and costs the city about $390,000 annually. The city estimates that needed repairs and maintenance would cost about $21 million.

The city estimates that the project will generate $16.8 million for the city’s general fund over the next decade and nearly $60 million from real estate tax alone over 25 years.

“This is an excellent proposal,” said Councilwoman Ellen Robertson. “It gets rid of blight and brings a significant amount of new revenue to address many of our needs.”

About a dozen people, mostly from The Doorways and Ronald McDonald House Charities, spoke about how the new development will make it more comfortable and easier on hospital patients, their families and caregivers who want to stay nearby.

Stacy Brinkley, president and CEO of The Doorways, said the project will allow the nonprofit to relocate from a nearly 60-year-old hotel building that has “substandard sized rooms” and needs frequent maintenance that reduces guest capacity.

“We feel a great sense of urgency about our need to relocate to a facility that better meets the needs of our guests. Over 50% of our guests are here for over a month, sometimes six months, sometimes nine months.”

Several speakers noted that the Ronald McDonald House is located more than two miles away from the hospital and has limited capacity.

Elias Neujahr, CEO of the Children’s Hospital of Richmond at VCU, noted that the new Ronald McDonald House guest rooms would complement the hospital’s new $400 million inpatient, emergency and trauma building scheduled to open in 2023.

“We simply could not provide the level of care and patient and family experience we do without their support,” he said. “Caring for children who have cancer or need life changing surgery or trauma care requires an outstanding partner like we have in the Ronald McDonald House Charities.”

Councilwoman Kristen Larson voiced some concern about the deal last week, but voted to approve the project Monday evening.

She said she worried about potential changes to the deal later, citing the city’s deals with Stone Brewing and the Washington Football Team as examples of major economic development projects that did not live up to expectations.

Any changes to the agreement would need to be approved by the Council, according to city spokesman Jim Nolan.

In an interview before Monday’s meeting, Larson said the project will benefit local residents as well as hospital patients and their families.

“I think there’s a history of the city giving away the house for any project and not always fighting for the actual value of our assets or support for our people in terms of economic opportunities and community development,” she said. “I think we’ve incorporated a ton of that into this deal.”

Additional terms negotiated by the city include 40% participation by minority-owned businesses; childcare slots for Richmond families not affiliated with VCU or its health system; and the creation of a $500,000 fund to support small business leasing space in the development, organizations that support small business and scholarships for Richmond Public Schools graduates who live in public housing to attend a trade/technical school, community college, or college or university to pursue a post-secondary credential.

“The sale and redevelopment of the Public Safety Building site is a critical first step to improving downtown,” Stoney said in a statement after the council vote. “We can, and we will, continue to grow Richmond by redeveloping underutilized city-owned property.”

The demolition of the building will require GRTC to relocate its temporary bus transfer plaza that’s been located along Ninth Street since 2014. GRTC and city officials have discussed moving it to a new temporary location in a portion of the parking lot at Clay and 8th Streets.

The development plans also call for reconnecting East Clay Street between Ninth and 10th streets. Plans to relocate city offices currently in the building are being finalized.

An aerial photo of the Richmond area shows the city’s downtown including Virginia State Capitol and Richmond City Hall, which includes the nearby Public Safety Building under consideration for redevelopment.