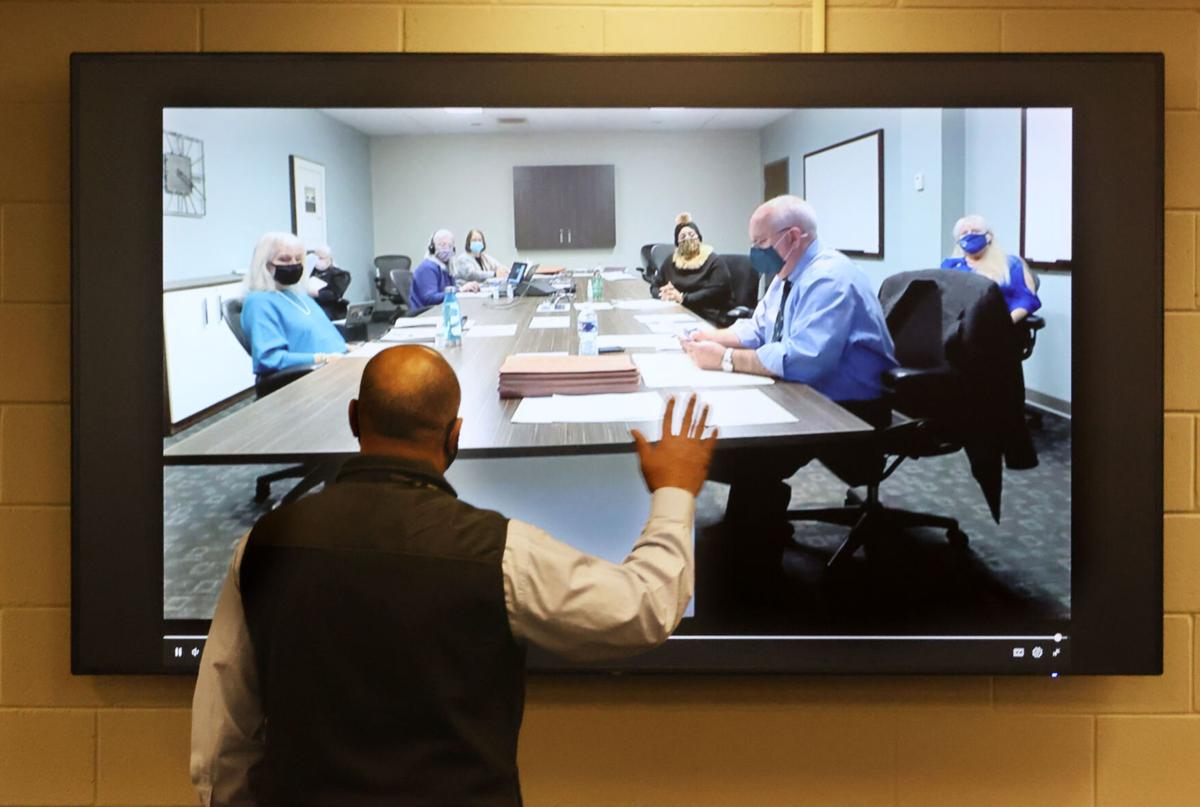 An employee checks camera angles to the Richmond Electoral Board meeting prior to a closed session to discuss the fate of Richmond’s General Registrar Kirk Showalter on Monday Feb. 1, 2021.The meeting is shown on a screen at the Office of the General Registrar due to COVID restrictions. Board Chairman Jim Nachman is foreground, right. 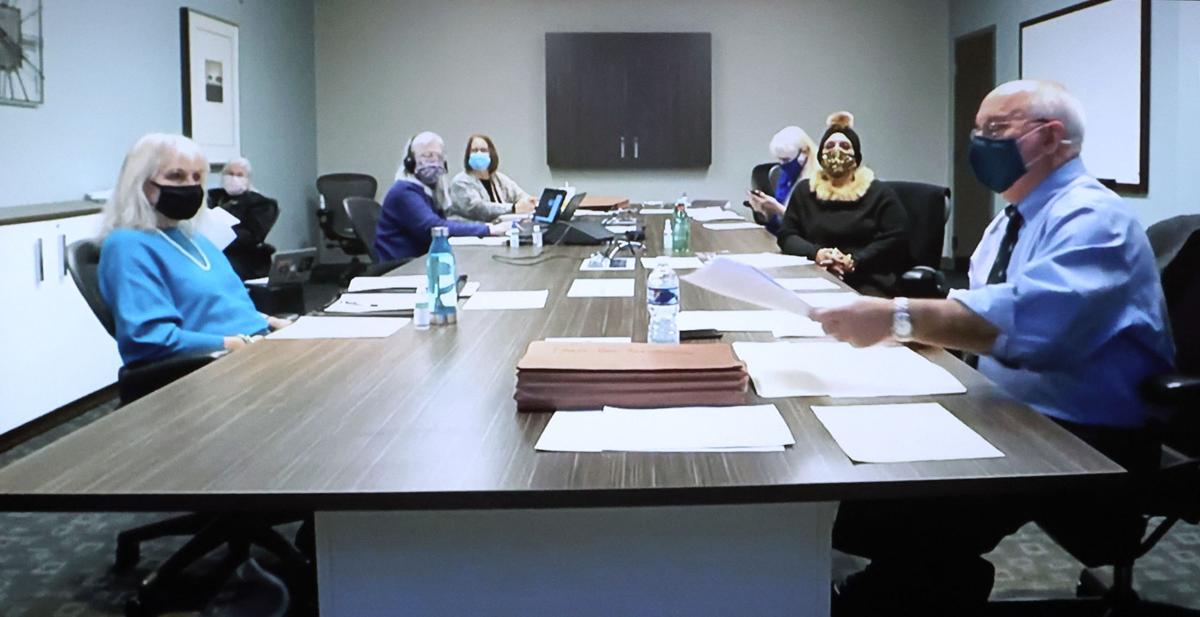 A screenshot shows the Richmond Electoral Board, which met Monday to discuss the fate of General Registrar Kirk Showalter (at back left in blue mask). At right is board Chairman Jim Nachman.

After a heated public hearing Monday evening, the Richmond Electoral Board voted to remove Kirk Showalter as the city’s general registrar, an action she said last week could lead to a legal challenge.

“Not only will we file suit, but we are now in planning stage to ask for injunctive relief,” Linda Woods, an attorney representing Showalter, said in a brief phone interview minutes after the board vote around 8:45 p.m. Monday. “They did not follow due process.”

The consideration of the removal of the city’s top election official stems from last year’s election. The Democratic Party of Virginia, which sued her days before the election for alleged violations of the state’s open records law, asked for her removal in November.

Several local candidates running for Richmond City Council also complained about her in the days following the election, saying she was unresponsive or rude in handling their questions and concerns about the preliminary results and vote counting processes.

Other complaints, including allegations of racist remarks and disregard for COVID-19 health safety restrictions, also surfaced in subsequent months and were mentioned during a public comment period during Monday’s electoral board meeting.

Showalter, a former state budget analyst, has worked as the city’s registrar since 1995. The board reappointed her to another four-year term in 2019, placing her in charge of maintaining the city’s list of registered voters and administering elections.

Starlet Stevens, the board’s secretary, was the only one to vote against Showalter’s removal Monday.

Richmond Electoral Board Chairman Jim Nachman sent notice to Showalter last month that the board was considering her removal, but did not provide a specific cause. A few days later, Showalter emailed hundreds of colleagues and election workers, saying the board would consider her removal Monday.

On Sunday, Sen. Bill Stanley, R-Franklin County, whom Showalter retained as legal counsel, sent a letter to the electoral board asking it to delay a decision on the matter so that they could prepare for her defense.

In a phone interview as the electoral board was meeting, Stanley said Nachman threatened to have Woods arrested as she tried to speak on the registrar’s behalf.

In a heated public hearing before the board met in closed session Monday, a few election officials from Richmond and around the state defended Showalter, noting difficult circumstances and recent changes to absentee voting rules amid the COVID-19 pandemic.

Robin Lind, a member of the Goochland County Electoral Board and immediate past president of the Virginia Electoral Board Association, said he is worried that the state Democratic Party is exerting undue pressure on the city’s electoral board to remove her.

“This is not a political office and no political party should be pressuring this board to remove your appointee,” Lind said. “Such an action adds fuel to the baseless slanders that our elections are rigged, our results false, our elections controlled by political hacks subject to party control.”

Lind said in an email that he was not speaking on behalf of the association, but noted that he was joined in his comments by former association presidents from Falls Church and Isle of Wight.

Others said Showalter’s experience and esteemed regard among professional colleagues should not dismiss concerns that were raised by candidates, Democratic Party officials and other election workers.

Showalter was unavailable to respond to the allegations because the electoral board’s meeting continued past print deadline Monday night.

Before the electoral board went into closed session Monday to discuss personnel matters in private, Woods said the board had failed to show its appreciation for Showalter, even after she was allegedly assaulted by a staff worker.

“I am saddened that this has come to political chaos,” Woods said.

'I think it's something that needs to be done': Richmond Electoral Board to consider ousting city's voter registrar on Monday

A notice from the Richmond Electoral Board prompted the city’s top election official to send a plea to hundreds of people Thursday night, aler…

An employee checks camera angles to the Richmond Electoral Board meeting prior to a closed session to discuss the fate of Richmond’s General Registrar Kirk Showalter on Monday Feb. 1, 2021.The meeting is shown on a screen at the Office of the General Registrar due to COVID restrictions. Board Chairman Jim Nachman is foreground, right.

A screenshot shows the Richmond Electoral Board, which met Monday to discuss the fate of General Registrar Kirk Showalter (at back left in blue mask). At right is board Chairman Jim Nachman. 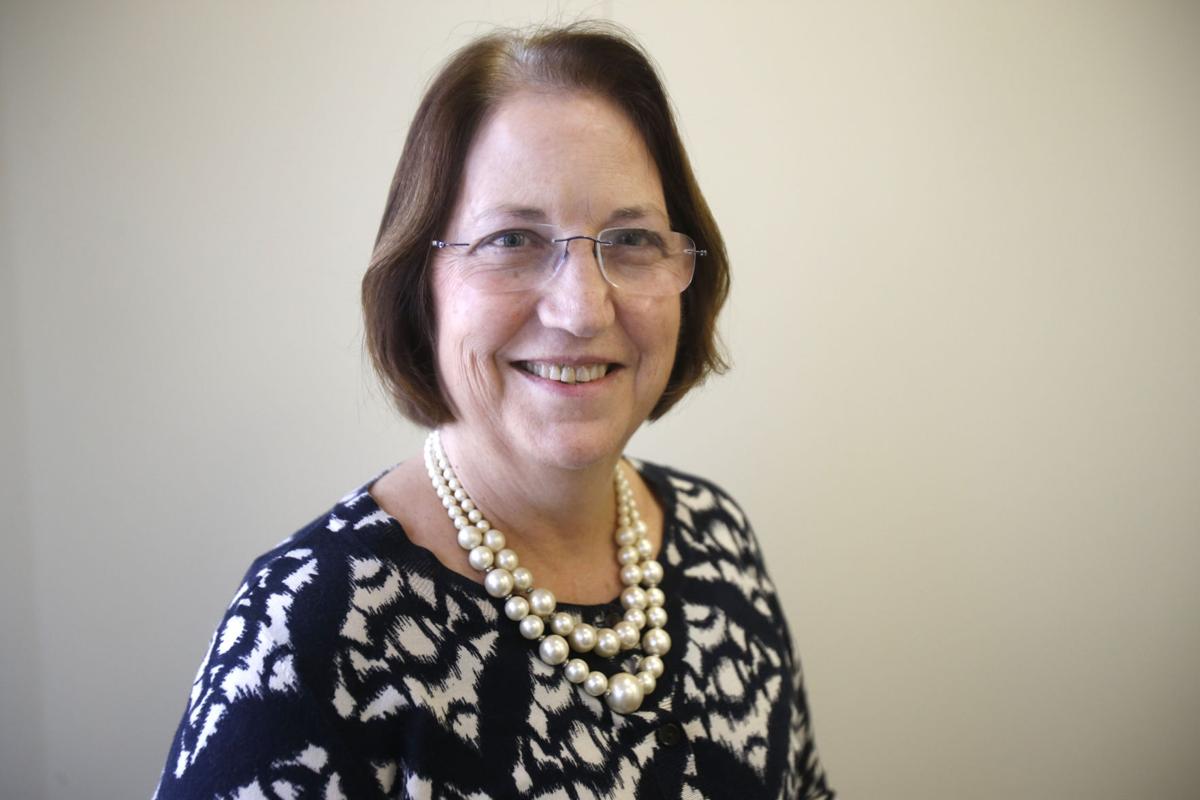