Woman injured in fatal Henrico bicycle crash: 'I will have to live for Jonah' 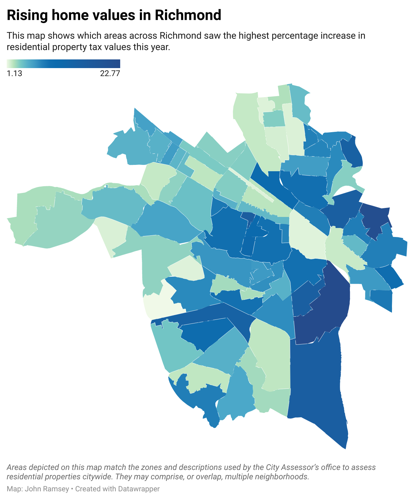 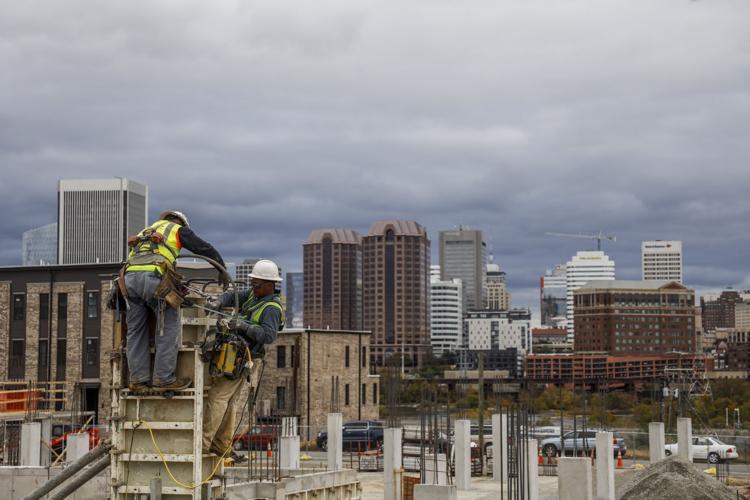 Work proceeded on a building in the Manchester area last month. The South Side community is in a district that saw some of the largest real estate assessment increases. 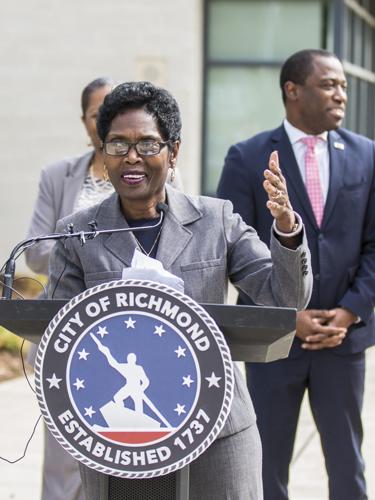 Richmond City Council president Cynthia Newbille speaks during a press conference at MLK Middle School in Richmond on Tuesday, May 14, 2019. 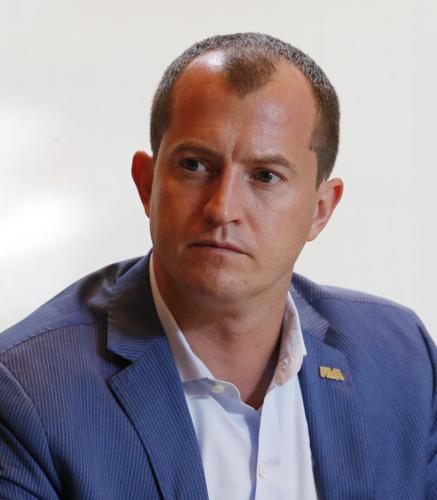 The City Council voted Monday to maintain the real estate tax rate of $1.20 per $100 of assessed value following a debate over whether to lower it to $1.135 to partially offset the tax increase from rising property values across the city. Council members Reva Trammell and Michael Jones, whose South Side districts saw some of the largest assessment increases, voted against keeping the same rate. Fifth District Councilwoman Stephanie Lynch was absent for the vote.

Even if Trammell’s tax reduction proposal was approved, the city would still have made millions of dollars in new revenue. Still, council members debated whether to lower the rate, arguing about gentrification, economic development, where public funds are allocated and the $565 million casino project that 51% of city voters rejected last week.

“I think we should do this because the assessments were up so high, especially in the poorest of the poor districts,” said the 8th District’s Trammell of lowering the tax rate. “With all the development and everything else happening in the city, all the money coming in, there’s no reason we can’t roll it back 6.5 cents.”

“At this moment given all that we’re looking at in terms of organizational needs and what we’re anticipating in additional needs, the rate of $1.20 is what is needed,” said City Council President Cynthia Newbille of the 7th District.

Richmond officials project that the increase in assessed property value this year will yield around $44 million in new annual revenue for the city, so the change roughly equates to a tax rate increase of 13 cents, according to a letter City Assessor Richie McKeithen sent to the council in September. Under state law, if a municipality’s total property tax revenue exceeds that collected in the previous year by 1% due to assessment increases, the city’s rate would roll back to $1.071 unless otherwise adjusted by the council.

The real estate tax vote comes a week after the narrow defeat of the One Casino and Resort project. The development’s owners projected it would generate $50 million in annual tax revenue for the city.

South Side voters, particularly in the 8th and 9th districts closest to where the casino was proposed and where some of the largest assessments occurred, voted overwhelmingly in favor of the project. Their votes, however, were not enough to defeat majorities elsewhere in the city, particularly in the predominantly white West End, that voted against it.

“The same majority that decided that we don’t need a casino because they didn’t want ‘those people’ to have it can afford $1.20 [tax rate],” said 6th District Councilwoman Ellen Robertson. “I think the citizens who hear us tonight need to know it’s not a lack of understanding ... about who can afford to pay it.”

Several council members discussed the possibility of adopting more progressive tax policies to redirect the burden from low-income households, but acknowledged limitations to do so under state law.

First District Councilman Andreas Addison said the city needs stronger economic development plans to offset the real estate tax burden on city residents. He said the council should also consider legislation that might not be explicitly authorized by state law to alleviate the tax burden on specific residents.

“I kind of want to push the envelope,” he said. “If it creates an argument at the General Assembly because we don’t have the power to do so, I would welcome that fight.”

In other business Monday, the City Council delayed action on a series of measures proposed by Addison to lower taxes on local businesses.

Two years after originally introducing plans to create a tax incentive for technology-oriented businesses throughout the city, Addison said he is collaborating with administration officials to simplify the ordinance. The council also punted on a proposal Addison introduced earlier this year to reduce the city’s business license tax to attract and retain private enterprise.

The first half of annual real estate tax bills are due to the city on Jan. 14.

Violence in Mexico: President under fire for security strategy

5,760 cases of Capri Sun recalled due to cleaning solution contamination

5,760 cases of Capri Sun recalled due to cleaning solution contamination

Work proceeded on a building in the Manchester area last month. The South Side community is in a district that saw some of the largest real estate assessment increases.

Richmond City Council president Cynthia Newbille speaks during a press conference at MLK Middle School in Richmond on Tuesday, May 14, 2019.