Our species began migrating out of Africa around 100,000 years ago. Aside from Antarctica, the Americas were the last continents humans reached, with the early pioneers crossing the now-submerged Bering land bridge that once connected eastern Siberia to North America.

At times throughout the Pleistocene ice age, which ended 10,000 years ago, large ice sheets covered much of Europe and North America. The water locked in these ice sheets lowered the sea level, allowing people to walk the bridge from Asia through the Arctic to Alaska. But during the peak of the last glacial cycle, their path south into the Americas was blocked by a continental-wide ice sheet.

Until now, scientists believed humans only travelled south into the Americas when this ice barrier began to melt – at the earliest, 16,500 years ago. But together with our colleagues, we have discovered a set of fossil footprints that suggest humans first set foot on the continent thousands of years earlier.

These footprints, unearthed at White Sands National Park in New Mexico, were made by a group of teenagers, children and the occasional adult, and have been dated to the height of the last glacial maximum, some 23,000 years ago. That makes them potentially the oldest evidence of our species in the Americas.

Our findings support the idea that humans were present in the southern part of North America before the last glacial peak – a theory that has so far been based on disputed and potentially unreliable evidence.

There are literally tens of thousands of fossil footprints at White Sands. Together, they tell stories of how prehistoric humans interacted with extinct Ice Age megafauna, such as Columbian mammoths and giant ground sloths.

How to hunt a giant sloth – according to ancient human footprints

The tracks were deposited around the margins of a large wetland – perhaps a lake after the rainy season, but at other times more like a patchwork of water bodies. Until now, the problem had been dating these footprints. We knew they were imprinted before the megafauna became extinct, but not precisely when.

This changed in September 2019 when the team found tracks with undisturbed sediment above and below them. Within that sediment were layers containing hundreds of seeds of the common ditch grass Ruppia cirrhosa. These seeds, when radiocarbon dated, would reveal the age of the footprints themselves. Analysis revealed the seeds range in age from 21,000 to 23,000 years old, suggesting humans made repeated visits to the site over at least two millennia.

The White Sands footprints provide unequivocal evidence that people were in the Americas at the height of the last glacial maximum, rather than some time after, as was previously thought. That’s a big deal for our understanding of the peopling of the Americas and the genetic composition of indigenous Americans.

Using the DNA of modern indigenous Americans, scientists have worked out that their ancestors arrived from Asia in several waves, some of which became genetically isolated. The cause of this isolation is not clear. Now, our new footprint evidence provides an explanation, suggesting that the earliest Americans were isolated south of the North American ice sheet, only to be joined by others when that sheet melted.

Our discovery may also reopen speculation about other archaeological sites in the Americas. One of them is Chiquihuite Cave in Mexico. Archaeologists recently claimed that evidence from this cave suggests humans occupied the Americas around 30,000 years ago – 7,000 years before people left the White Sands footprints.

But the Chiquihuite Cave findings are disputed by some, as stone tools can be difficult to interpret and tool-like stones can form via natural processes. Stone tools can also move between layers of sediment and rock. Fossil footprints can’t. They are fixed on a bedding plane, and so provide more reliable evidence of exactly when humans left them.

We tend to picture our ancestors engaged in life-or-death struggles – forced to battle the elements simply to survive. Yet the White Sands evidence is suggestive of a playful, relatively relaxed setting, with teenagers and children spending time together in a group.

This is perhaps not that surprising. Children and teenagers are more energetic and playful than adults and therefore leave more traces. Adults tend to be more economical in their movement, leaving fewer tracks.

But another interpretation of this new footprint evidence is that the teenagers were part of the workforce in these early bands of hunter-gatherers. It’s possible that the tracks were left by young people fetching and carrying resources for their prehistoric parents.

In any case, the people that left their tracks on White Sands were some of the earliest known American teens. Set in stone, their footprints pay tribute to their forebears, who we now know walked the long land bridge into the Americas millennia earlier than what was commonly believed.

Leprosy seen in wild chimpanzees for the first time

It is so far not known exactly how the chimps became infected, but it is thought that it came about either as a result of exposure to humans or "other unknown environmental sources," the study said.

Is it really safe for just anyone, even a 90-year-old, to go to space? A series of studies in the 2010s sought to answer such question.

The site lets you look up any address — your house, the Arc de Triomphe, Times Square — and get a sense of what it could look like if that place was struck by flood, wildfires or smog. 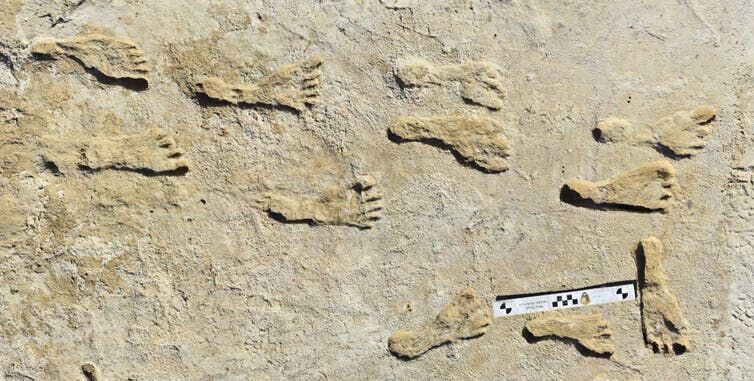 Are these the footprints of the first-known American teen? 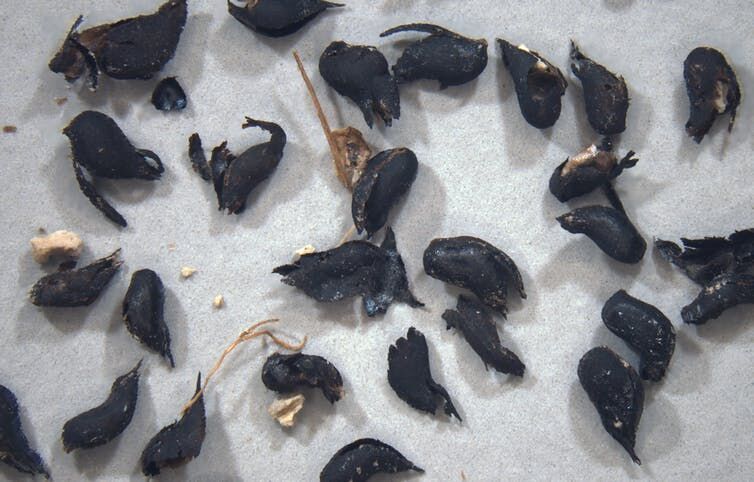 Some of the seeds that we extracted from the footprints. 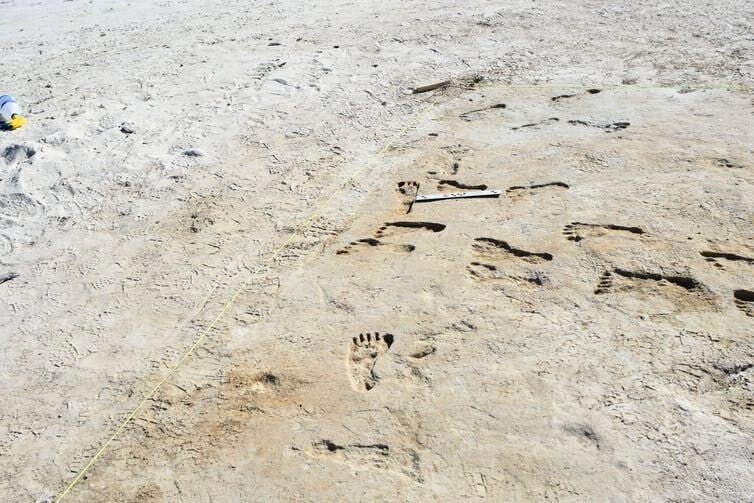 On the left, modern shoeprints; on the right, footprints millennia old. 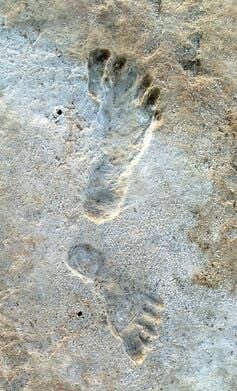