A Black prisoner says he was beaten by white officers at Red Onion State Prison on May 19 and attacked again that same day after he was driven across Wise County to Wallens Ridge State Prison.

Benjamin Forrest Carter, 25, said it started when an officer at Red Onion called him a racial slur. In response, Carter said, “I knocked him out.” Prison officials said the officer was severely injured, requiring numerous surgeries.

Carter said he suffered untreated eye and ear injuries. For the following six months, Carter, who has been diagnosed with various mental health issues, was held in what he and his family call “the hole” — which prison officials call restrictive housing and critics refer to as segregation or solitary confinement.

On Nov. 24, four days after Carter was interviewed by the Richmond Times-Dispatch about the alleged assaults, he was transferred from Wallens Ridge back to Red Onion, where his family says he has been placed in restrictive housing in the same building with the same officers as before, and has been assaulted again.

Red Onion is in Pound and Wallens Ridge is in Big Stone Gap at opposite ends of Wise County in Southwest Virginia. An advocacy group is investigating complaints from inmates and their families about alleged assaults and other abuse carried out by Wallens Ridge staff.

Bernadette Lark, an advocate for Carter and other inmates, said Carter’s family fears for his life. Carter’s mother, Yvette Williams, said, “I’ve been taking my son to the psychiatrist since he was 11 years old. ... He’s mentally ill.”

“We need somebody to intervene and to get him out of that hole and to get him the mental health assistance that he needs — but he needs to get out of the hole. That’s not doing his mind any good,” said Williams, shortly before he was moved back to Red Onion.

Carter is one of a number of inmates who were held at Wallens Ridge State Prison to allege unwarranted assaults from staff, coercion, prolonged segregation, the withholding of food and other abuse at the hands of staff at the prison, prompting an inquiry to state officials from the Interfaith Action for Human Rights.

In response to earlier inquiries regarding Carter, the group was told in an email from prison officials Monday that “the inmate is receiving appropriate care. His allegations were all investigated. ... He has pending street charges for assaulting staff and will remain in RHU until that is finalized.”

Nothing was said by the prison about any staff members being disciplined as a result of the investigation.

His mother and aunt, Karyn Petersen, attended a court hearing Tuesday in the Greensville case. They said the judge ordered Carter be given an in-person competency evaluation at the Marion Correctional Treatment Center, in Marion. A psychologist told the court he could not make a determination after evaluating Carter via video.

The Department of Corrections said it will be up to Wise County authorities to bring any charges in the alleged May 19 assault on the officer at Red Onion.

On Monday, Rabbi Charles Feinberg, the executive director of the Interfaith Action for Human Rights, wrote an email to Brian Moran, the Virginia secretary of public safety, complaining about the alleged abuse of inmates at Wallens Ridge.

Feinberg wrote that the “Interfaith Action for Human Rights is extremely concerned about multiple reports of beatings and harassment of inmates at Wallens Ridge State Prison that we have received over the past several months, including very recently.”

“Time and again, IAHR and others have brought these types of allegations to the attention of the VADOC, to no avail. We are told that the allegations will be investigated, but neither we nor the prisoners themselves nor their families are ever provided with any information that indicates a serious, thorough, and impartial investigation has actually been conducted,” Feinberg wrote.

Referring to another inmate’s case in which an officer may have been assaulted, Feinberg wrote that striking an officer is unacceptable, “but cannot justify the kind of assault by multiple officers that was reported to IAHR.”

Asked to respond to IAHR’s concerns, Moran wrote in an email to The Times-Dispatch, “We will look into these serious allegations as we do with all such allegations.”

“Before Covid, we were meeting with Rabbi Feinberg and others on a quarterly basis to discuss VADOC issues including allegations of abuse and mistreatment. The meetings typically addressed his concerns. We hope they start up again soon,” Moran added.

According to Moran, the information sought by advocates and inmates’ families is protected and cannot be released to anyone but the inmates. Moran did not specify the protected information but, among other things, the Department of Corrections does not release inmate health or mental health information.

“This is often a frustration to many including us,” Moran wrote.

One of the cases cited by the group in the email to Moran was Carter’s. Carter is serving nine years for convictions in Newport News for abduction and carjacking. His good-time release date is in 2024, according to the Department of Corrections.

He said he has been held in restricted housing at Wallens Ridge.

“I’m a Level S offender. They won’t give me my privileges because they said I hurt their friend,” he said.

A “Level S” inmate has a special bed assignment for protective care and management. He contends that his rights, as an offender with mental disability, are being violated.

He said that on May 19, “I was called a stupid [N-word] by [an officer] on Red Onion State Prison and pretty much, pretty much, I knocked him out. Once I was handcuffed and shackled, I was beaten. I was kicked and punched in the face probably for about an hour or two.”

“I had busted eyes, cuts on my wrist, welts all over my body. [They] took mace and smeared it all over my cuts and I burned for like five hours strapped down ... in medical cell number one at Red Onion State Prison,” he said.

He said he was assaulted again when he arrived at Wallens Ridge later that day.

Wallens Ridge, he complained, would not classify him as seriously mentally ill. “I’ve been diagnosed with acute post-traumatic stress disorder, bipolar, schizophrenic, anxiety and depressive disorder.”

Medical records from 2017 at Hampton Roads Regional Jail provided by Carter’s family indicate he was being treated for schizoaffective disorder, anxiety and psychosis.

“Keeping my son in the hole like that is not doing anything for his mental health,” his mother said.

The interfaith group also complained to officials about another Wallens Ridge inmate, Devon Banks, 29. According to reports the group received, Banks became upset on Oct. 25 about his lack of access to recreation and jumped or climbed down from the top tier in his pod.

“He reportedly was subsequently severely beaten by officers, including in the medical unit while cuffed and shackled. He was placed in isolation immediately after this incident, did not receive medical attention, and was deprived of some of his meals. He has since been released to general population,” Feinberg wrote.

Banks’ fiancée, Shaliah Alston, told The Times-Dispatch that some of the staff at Wallens Ridge use racial slurs against Black inmates such as Banks.

Jerry Kenneth Harper, 24, a white inmate at Wallens Ridge who tried to take his own life in February while in segregation there, said he has been harassed and assaulted by staff there because he is a Muslim and because he writes complaints.

“I hung myself with a sheet. I just couldn’t take it no more. It was getting bad,” he said in a Nov. 20 interview. He claims that staff once planted a knife in his cell and that he was given the wrong medication for a long time.

“I’m Muslim and they don’t like Muslims up here, especially if you’re white,” Harper said. “Every time I would pray, they would kick the door or talk trash to me.” He said he would write complaints, but often nothing was done.

Harper is in general population at Wallens Ridge and said things are better now.

“They haven’t been messing with me,” he said. “They’ve left me alone.”

“The only issues that I’ve had since I’ve been out of seg, since all this stuff has been going on, I was on the recreation yard outside a couple of weeks ago and I was offering my noon prayer by myself and officers came up and was talking trash to me and harassing me and stuff. Told me I can’t pray out here. I need to stop,” he said.

According to the interfaith group, after the Nov. 20 interview with The Times-Dispatch, staff at the prison persuaded Harper, who feared retaliation, to withdraw a grievance he filed alleging harassment he had experienced for attempting to pray outdoors during his recreation time.

“Don’t get me wrong,” Harper said. “There’s a lot of good officers up here. They care about people and try to do their jobs.”

But, he contends, there are officers who abuse their power.

“I just want this place to do what they’re supposed to do and stop beating on people,” he said. “I’m not the only person that this has happened to. It happens to a lot of people. This place is terrible.”

“These people are supposed to be in charge of protecting us and taking care of us,” he said. “They’re not supposed to be going out of their way to beat on people.”

UPDATE: House and Senate reach tentative agreement on marijuana; put off some thorny issues to next year

Barber: Virginia Employment Commission’s failing isn’t a nuisance but rather a danger

Instead of finding the security blanket I had willingly contributed to for years, I found a government and an agency – the Virginia Employment Commission – leaving taxpayers out in the proverbial cold.

STANLEY — A police officer was shot and killed by a driver during a traffic stop before he could get out of his patrol vehicle, authorities said. 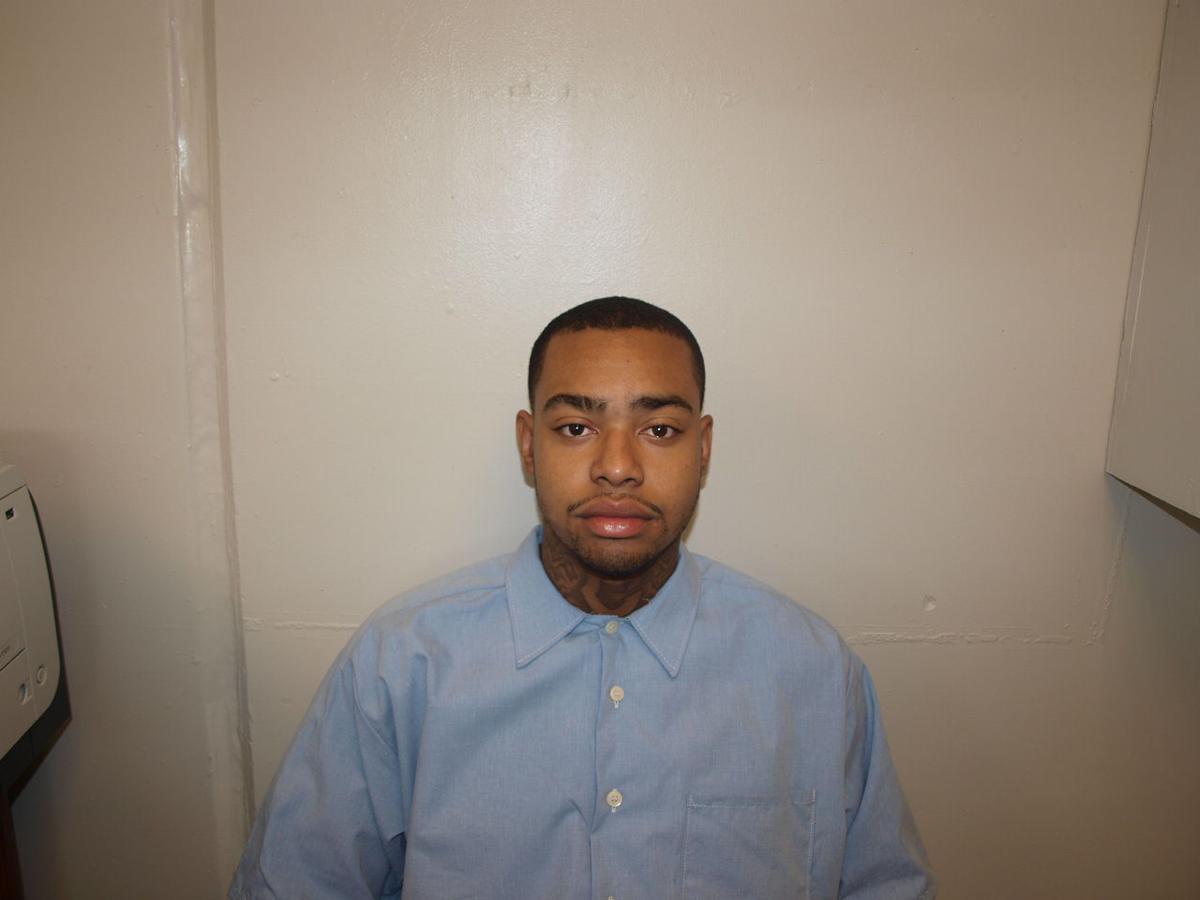 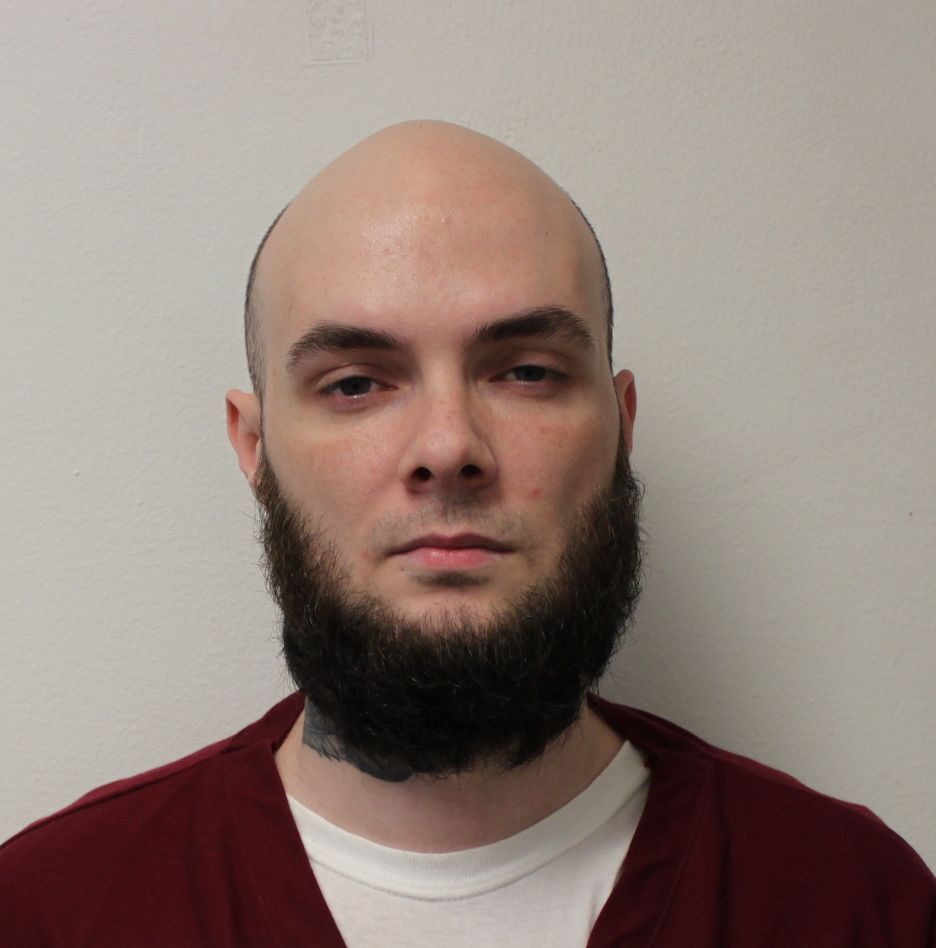