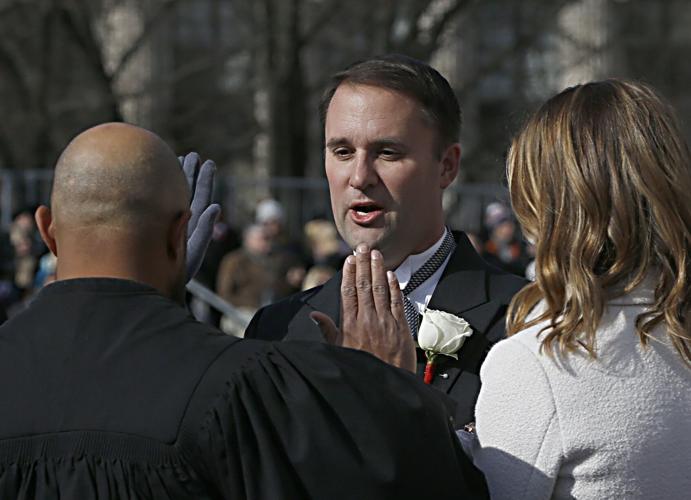 Jason Miyares is sworn in as attorney general Jan. 15 in front of the Virginia state Capitol. 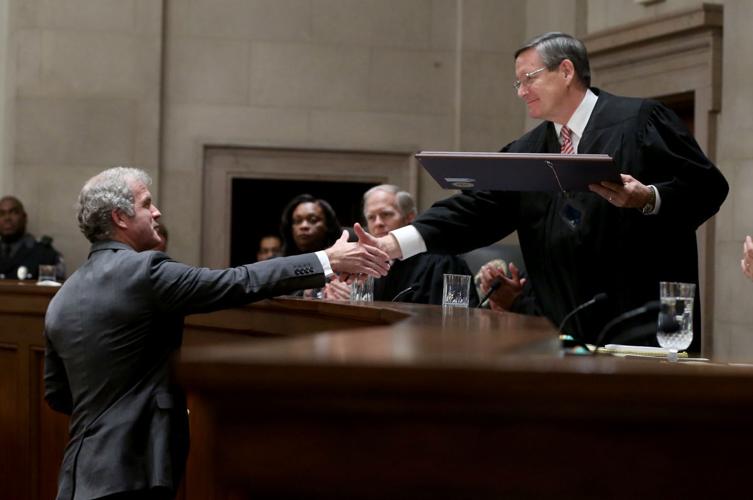 Kevin Martingayle (left) was president of the Virginia State Bar in 2015 when he presented a commendation to state Supreme Court Justice Donald W. Lemons. 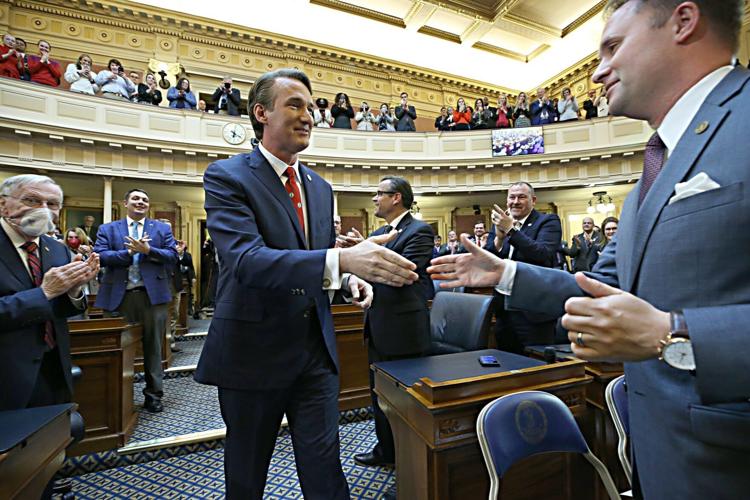 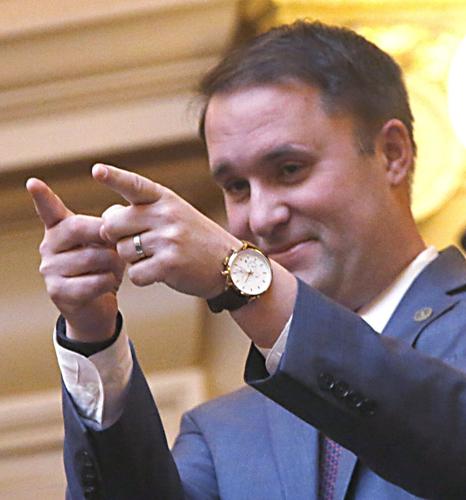 Facing a lawsuit just days into his term over his executive order making masks optional for schoolchildren, Gov. Glenn Youngkin is asking the Supreme Court of Virginia to dismiss the complaint.

The filing from the office of Attorney General Jason Miyares cited a state law that says parents have a “fundamental right to make decisions concerning the upbringing, education, and care of the parent’s child.”

Miyares said in a statement: “We asked the Supreme Court of Virginia to protect the fundamental rights of parents to direct the upbringing, care, and education of their children.” He added: “Governor Youngkin had every power to issue the executive order and with our filing, we again affirm that parents matter.”

Schools in Virginia have been requiring masks in order to comply with an Aug. 12 order from then-Gov. Ralph Northam’s administration. Northam noted that a 2021 state law required schools to be open during the pandemic while complying “to the maximum extent practicable” with COVID-19 mitigation guidance from the U.S. Centers for Disease Control and Prevention. Currently, that guidance recommends masking.

A group of parents in Chesapeake filed the lawsuit against Youngkin, other state officials and local school officials, saying his order conflicts with the 2021 school-opening law.

In that case, then-House Speaker Bill Howell, R-Stafford, and others filed suit against then-Gov. Terry McAuliffe over his executive action to restore the voting rights of convicted felons, arguing that McAuliffe’s blanket restoration of rights was ignoring state law. In a 4-3 ruling, the Supreme Court of Virginia found McAuliffe overstepped his authority, and the court struck down his executive order.

Kevin Martingayle, the attorney for the Chesapeake parents, says the group filed its lawsuit directly at the Supreme Court to save time and money and go to the final decision-maker as quickly as possible.

The Howell ruling “shows that it’s appropriate when you’re asking for this type of relief to file the case directly in the Supreme Court of Virginia, because it clearly worked in that case in 2016, and the rules haven’t changed,” Martingayle said.

“Secondly, the Supreme Court made the point in that opinion that the job of a governor is to follow and enforce the laws, and not just the ones you agree with, but it includes the ones you disagree with. And the flip side is not only are you to enforce the laws as governor, but you do not have the power to suspend the law.”

The General Assembly passed a law last year to require K-12 schools to be open, but required the schools to follow CDC guidance to prevent COVID spread.

The legislation was a compromise between Republicans and Democrats. And because there was no way to know exactly what COVID mitigation would be needed in the future, the law simply says schools should adhere to whatever the CDC recommends at the time, Martingayle said.

“I’m neither a doctor nor a scientist, but I know how to read,” he said. “This was clearly a compromise, and it was designed to strike a good balance between in-person education and safety, and I think it actually did that.”

But the attorney general, in the filing, argued that the 2021 law that requires schools to follow CDC guidelines does not conflict with Youngkin’s executive order and that neither that law nor the CDC guidelines require a “mask mandate.”

“And even if the CDC issued something other than recommendations, Senate Bill 1303 would not require rigid adherence to every CDC promulgation; instead, the bill explicitly provides that in-person instruction should be provided in a manner which adheres ‘to the maximum extent practicable, to any currently applicable mitigation strategies’ provided by the CDC for childcare and education programs,” the attorney general wrote in the filing.

WILSONS — Soon after Jim Medeiros bought his 143-acre cattle and poultry farm in rural Virginia a decade ago, he and his wife were startled by…

Two houses collapsed into the ocean on the Cape Hatteras National Seashore on Tuesday.

Peter Lacy was supposed to become the next commissioner of the Virginia Department of Motor Vehicles, but Gov. Glenn Youngkin’s administration…

Fairfax County officials have rebuffed a request from Virginia Gov. Glenn Youngkin to establish a security perimeter around the neighborhoods of Supreme Court justices living in the county who have faced protests outside their homes.

Jason Miyares is sworn in as attorney general Jan. 15 in front of the Virginia state Capitol.

Kevin Martingayle (left) was president of the Virginia State Bar in 2015 when he presented a commendation to state Supreme Court Justice Donald W. Lemons.