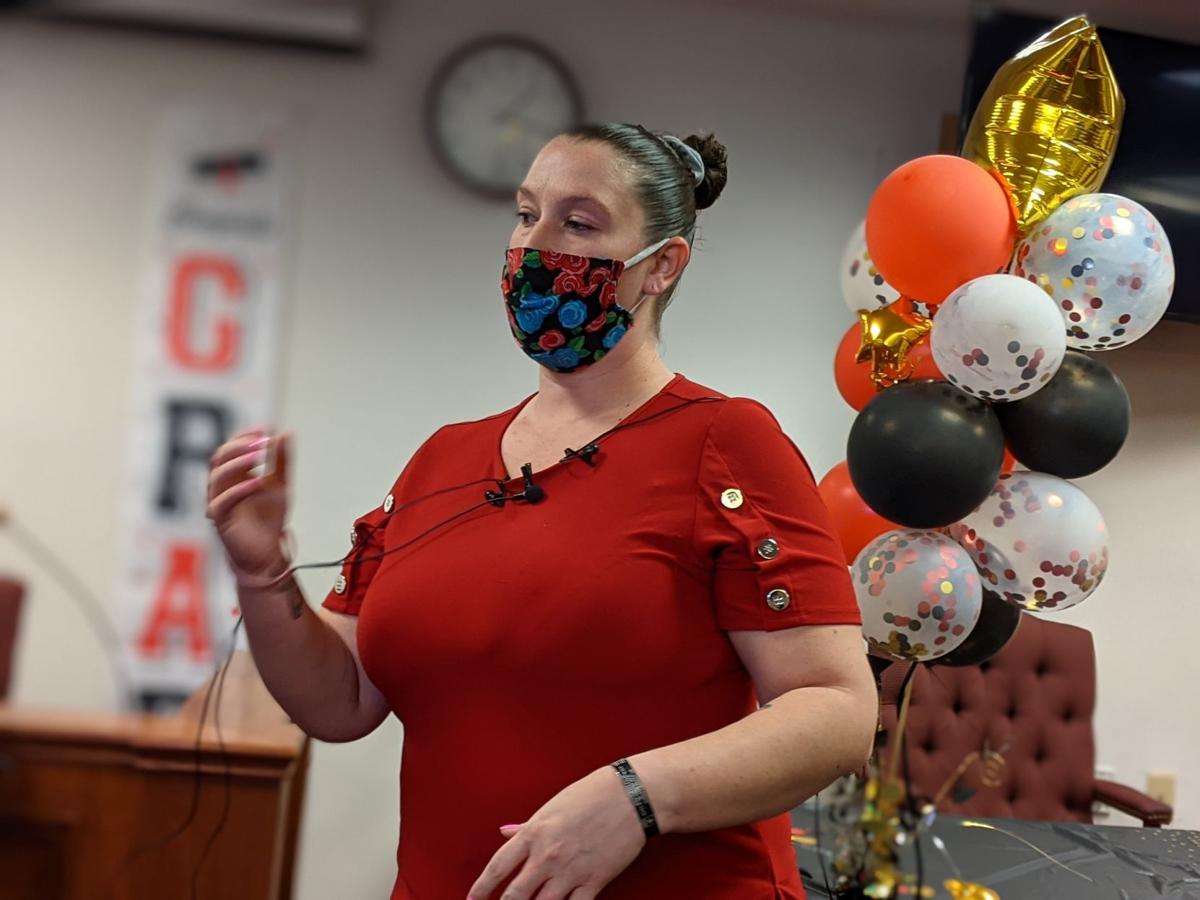 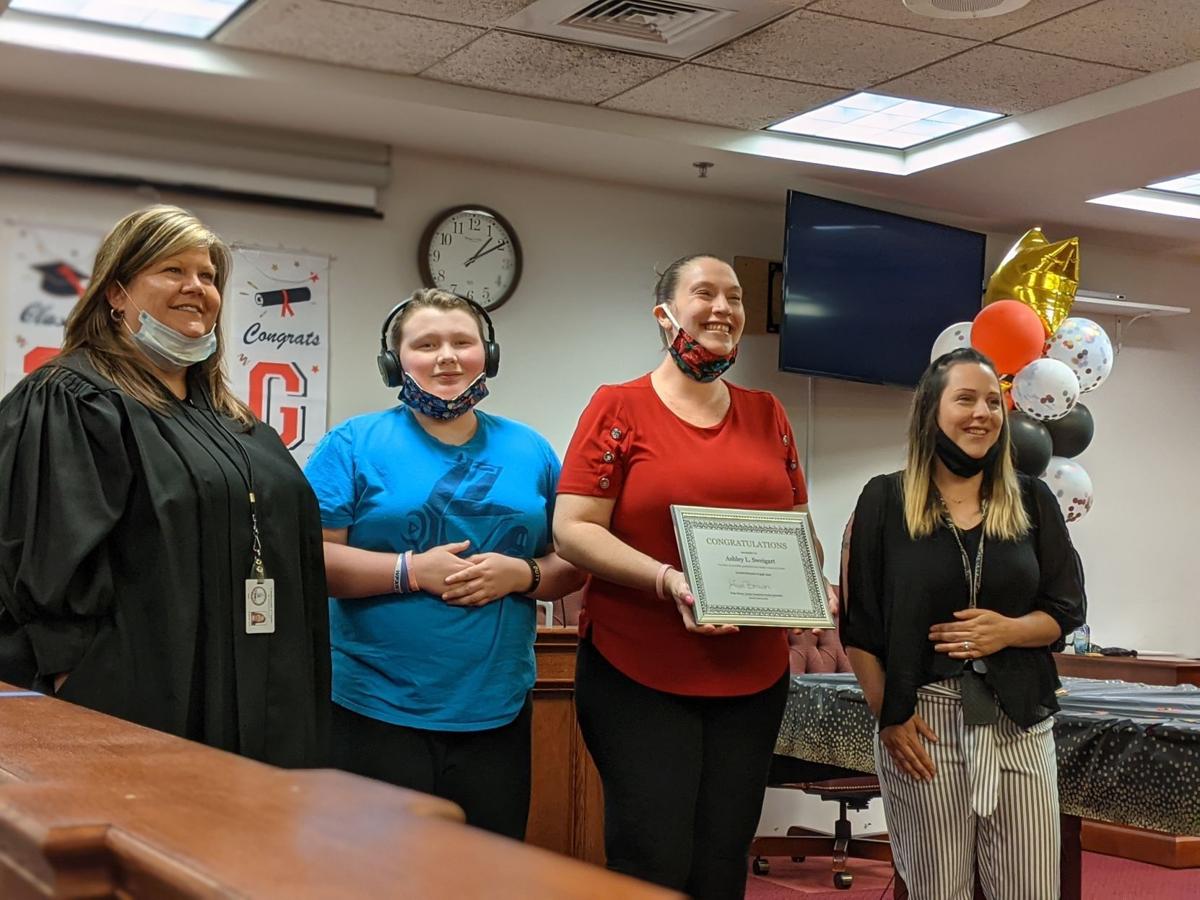 By RACHEL MAHONEY The News & Advance

BEDFORD — Despite added challenges presented by the coronavirus pandemic, participants in Bedford County’s family drug court program made 2020 a year to thrive.

Formally called the Bedford Family Treatment Docket, the program seeks to reunite and strengthen families suffering as the result of drug abuse by surrounding the participants — usually parents — with support and providing the tools to help overcome addiction.

Among three participants honored Friday was Ashley Sweigart, who started almost exactly two years ago to get her son and her life back.

“I came into this program kicking and screaming,” she said. “I was not the problem; everybody else was the problem.”

While in detox at the beginning of her journey, she said, she realized her actual problem wasn’t everyone else — her addiction was.

Structured into five phases that start out with a demanding, stringent schedule and ease over time, the program has been a difficult and overwhelming process at times, Sweigart said, but it teaches accountability and is a source of help.

Bedford’s program has graduated six participants since it started in 2018 and is one of four such programs in the state. Tomi Turner, family services manager with the Bedford Department of Social Services and manager of the program, said two more graduates will be recognized in the next two weeks.

Twelve more participants are in the program, and six are on a waiting list, since participants have to be somewhat staggered in terms of which phase they’re in, Turner said.

Sweigart technically graduated in April 2020, but the pandemic prevented any graduation ceremony. Friday’s event served to recognize her and two others who graduated over the course of the year, Turner said.

Since exiting the program last year, Sweigart leans on the network she built though attending Narcotics Anonymous and other meetings when things get rough, she said. She drew support from peers and Hope Brown, her social worker, in becoming the program’s first graduate to become a peer recovery coach.

In that role, she’s available for others progressing through the program for a phone call whenever they need to vent, a shoulder to cry on, or words of encouragement. She said, “I’ve also been where all these people are, you know, so I can relate with them and understand that desperation, sometimes that denial, sometimes that guilt, sometimes that shame, and all I can really do is be there to support.”

Brown said others are planning to become peer recovery coaches. She said Sweigart was extremely motivated through the program to regain custody of her son, despite her initial struggles.

“She took that leap of faith,” she said. “That sometimes is the biggest step for individuals, is making that commitment — that first, initial step is huge.”

Volunteering as a peer recovery coach, she said, is paying it forward.

BRISTOL, Va.—A grand jury in Bristol, Virginia, has indicted a city police officer on a murder charge in connection with a fatal officer-involved shooting.

Former House Speaker Kirk Cox, R-Colonial Heights, will not become the GOP nominee for governor, signaling the end of his 30-year career in st…